Raccoon Gets a Second Chance at Life

Raccoon Gets a Second Chance at Life 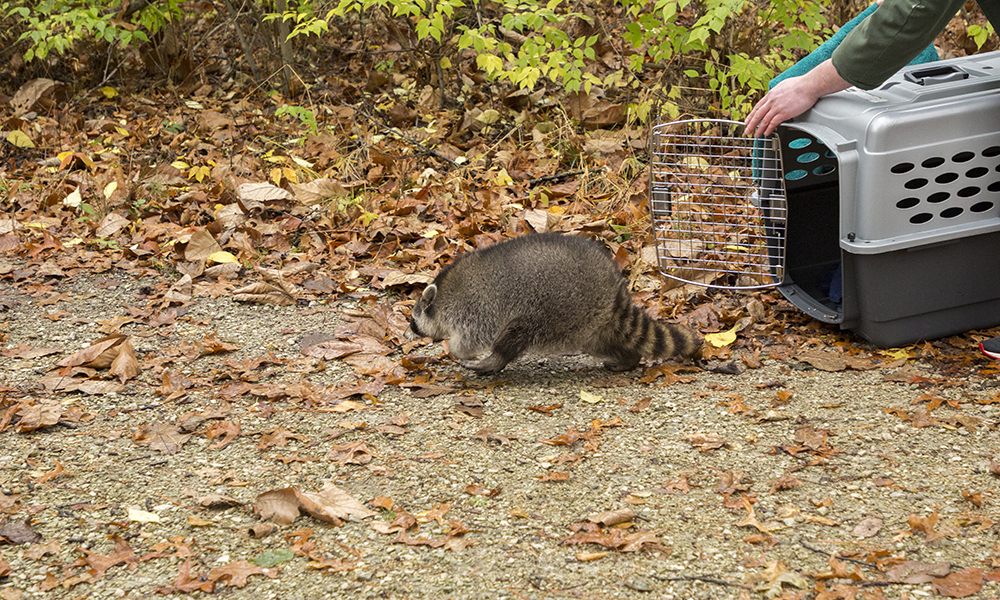 This year has been challenging for all of us, even our native wildlife. In early August, a young raccoon was found almost lifeless and covered in oil inside a restaurant grease trap.

On Aug. 2, Rebecca Kapasouris stopped at her closed Bartlett restaurant to pick something up when she saw two employees from a restaurant next door near the grease trap. She opened it up and saw the nearly lifeless raccoon inside.

“We don’t know how she got in there or how long she had been in there,” Kapasouris said. “I think when I got there she was done, she had given up. She wasn’t moving.”

Kapasouris got the raccoon out of the grease trap but wasn’t sure what to do next. She called a high school friend she hadn’t talked to in years because she knew she was an animal lover and would know what to do. The friend rushed over with a cat carrier.

The raccoon “was limp, and she didn’t fight when we picked her up and put her in the cat carrier to bring her to Willowbrook Wildlife Center.”

Upon arrival at Willowbrook, the juvenile female raccoon was dull and easy to handle, which was unusual for a raccoon this size. 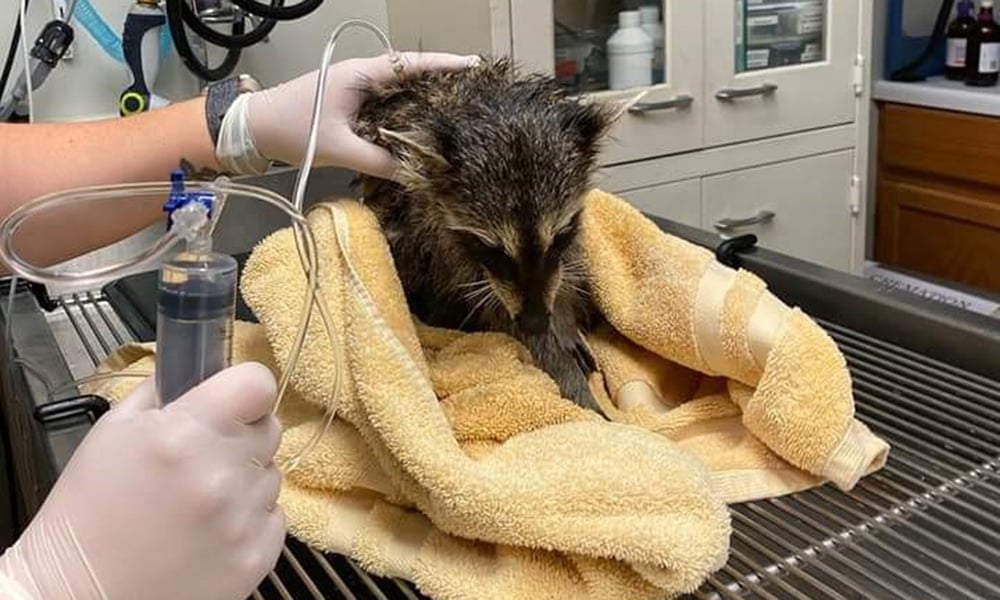 When she first arrived at Willowbrook, the raccoon was very weak and dehydrated, so she was given subcutaneous fluids to help rehydrate her and help her feel better.

She was soaked in oil and breathing in a way that suggested she had aspirated some grease into her lungs. Since she was so weak and debilitated, a full bath to clean off the oil was out of the question. She was gently wiped down with Dawn dish soap and water-soaked towels and set up in a warm incubator with supplemental oxygen, some fluids, and several medications. The next day, she was much more active and alert — and growling. Willowbrook staff veterinarian Dr. Sarah Reich wipes down the raccoon with Dawn dish soap and water-soaked towels soon after she arrived at Willowbrook.

With her eyes now open, Willowbrook’s clinic team determined she had melting ulcers in both eyes caused by exposure to the oil. Melting ulcers are corneal ulcers that are so severe and infected, the corneal surface starts falling off. While the ulcers responded well to topical and oral antibiotics, it was not until serum was added to her treatment that there was a vast improvement. 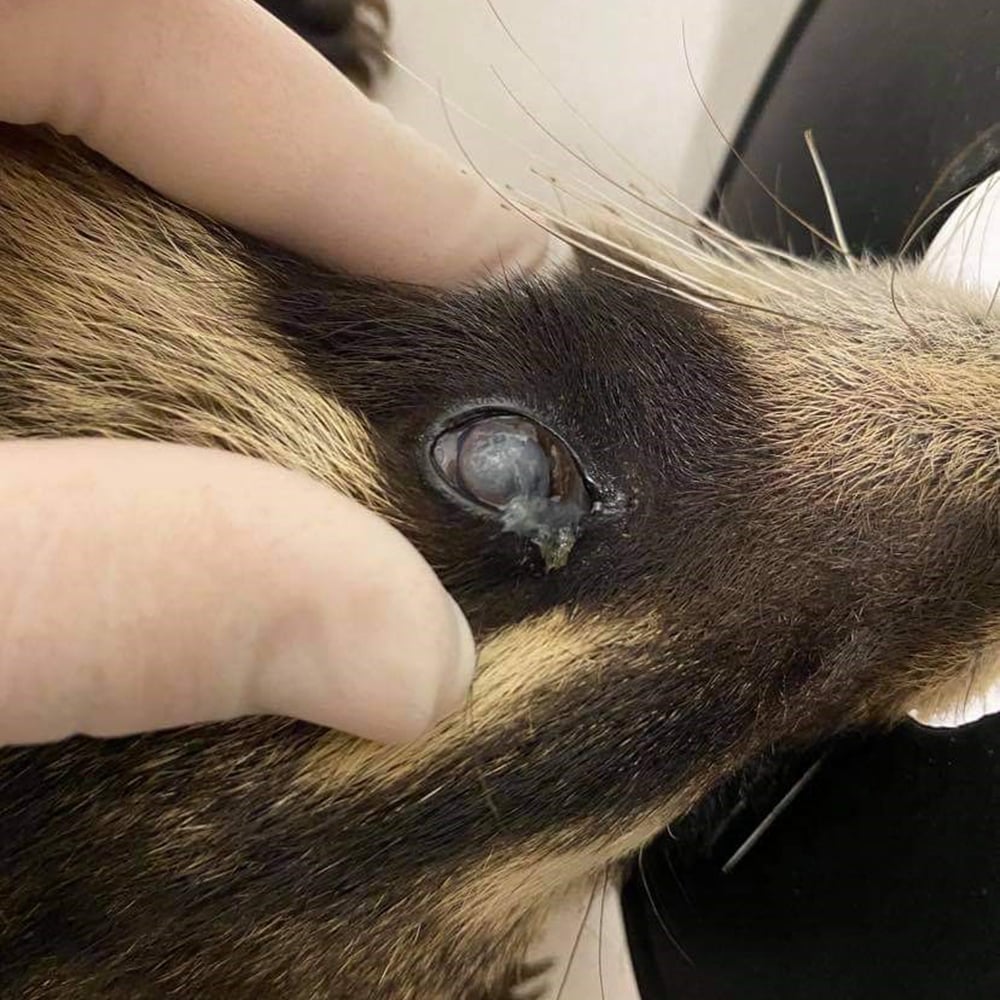 The melting ulcer in the raccoon's left eye.

While sedated for radiographs, blood was taken from the patient, allowed to clot, and spun down to collect the serum. The serum is then used as eye drops to promote healing by using her own immune system. Interestingly enough, serum could have been taken from any individual or species on site, but it’s best to use the same patient or at least same species. 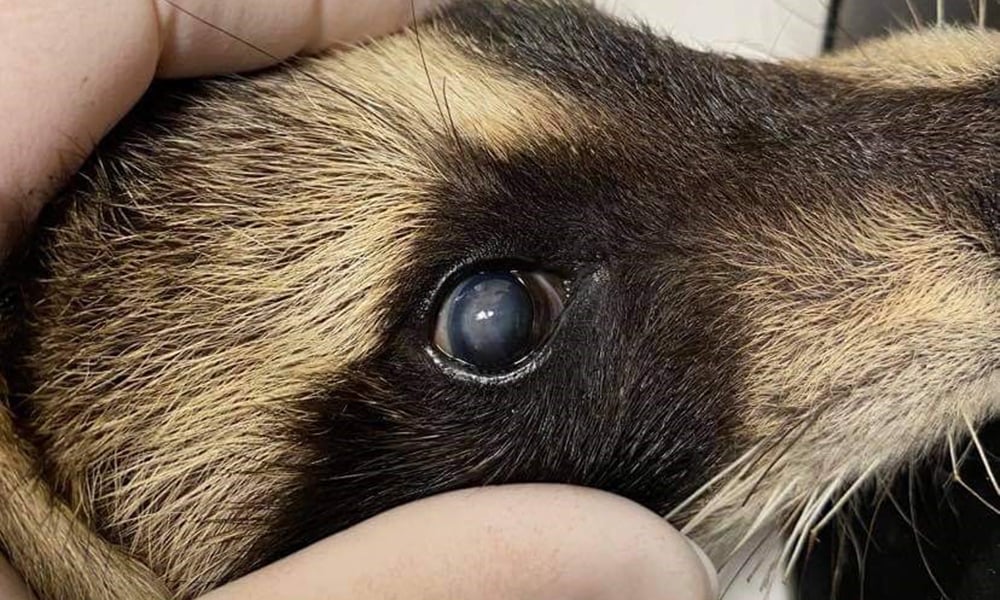 The ulcer on the right eye was not as severe.

Thankfully, both eyes showed significant improvement! Willowbrook brought in ophthalmologist Dr. Tara Czepiel, from Eye Care for Animals, to perform an exam on the raccoon to help gauge prognosis and releasability. The raccoon’s right eye regained full vision but her left eye is somewhat impaired. Thanks to time and a new medication cocktail, she regained enough vision to be successfully released back into the wild. 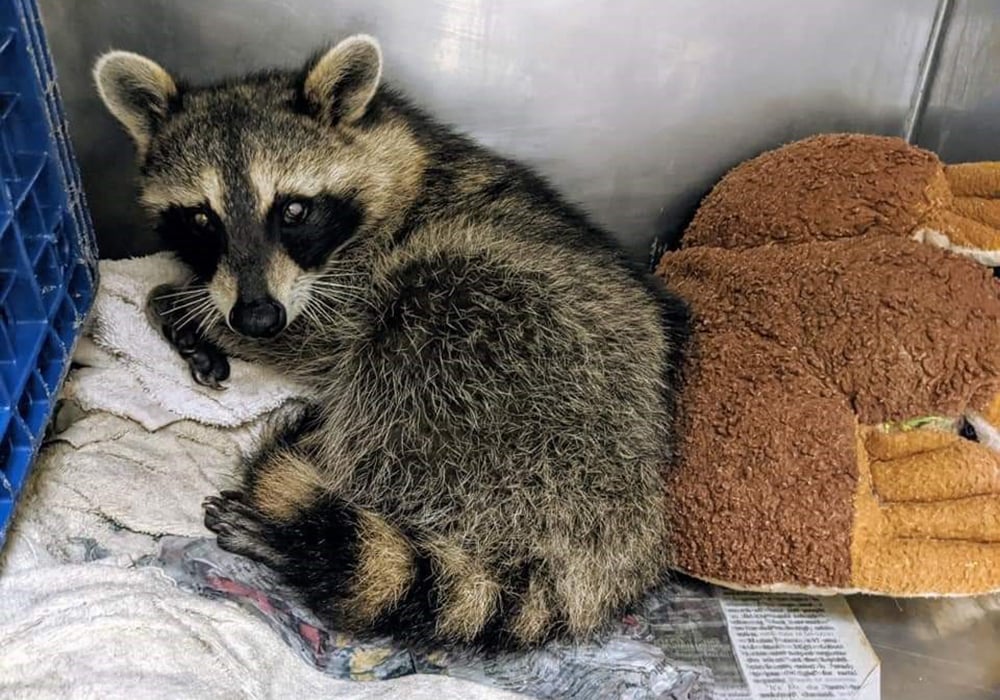 The raccoon curls up and rests after her coat is in much better shape thanks to towel baths and grooming.

After 85 days at Willowbrook, the raccoon’s eyes healed and the rest of her medical issues resolved. Her fur coat returned to its clean and healthy (from additional bathing and her own grooming) state and she almost doubled in size in just under a month.

The raccoon was released on Monday at Greene Valley Forest Preserve in Naperville. At first timid of her new surroundings, she quietly walked out of the cage and into the forest, her new home. 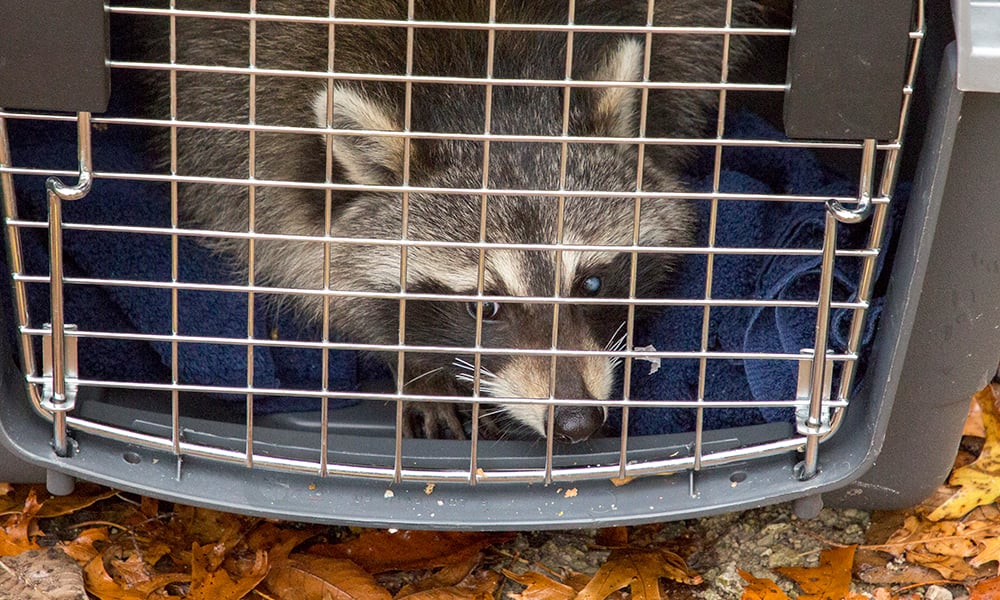