Mayslake Peabody Estate was built between 1919 and 1922 for millionaire coal baron Francis Stuyvesant Peabody. But Peabody wasn’t just a businessman with a summer home in the country. He was one of DuPage County’s “gentleman farmers.”

A gentleman farmer was someone who owned a farm for pleasure rather than profit. At a time when rural farmers were being forced into cities to find work, the luxury of owning a farm as a hobby was a uniquely American phenomena.

Explore the history of gentleman’s farms in DuPage County and find out about the animals, stories and people at the 848-acre Mayslake Farms at the free all-ages interactive exhibit, “Mayslake Farms: A Gentleman’s Dream,” that runs through Nov. 7 at Mayslake Peabody Estate. Hours are Monday – Friday noon – 3 p.m., and Saturdays 9 a.m. – 1 p.m.

Rural farmers prospered from increased grain production during World War I
but suffered keenly when these surplus crops were no longer needed. Compounding the problem was the need to purchase modern equipment to keep up with improved farm technology, which led to increased farm debt at a time when crop prices were dropping.

These conditions created difficult times for farmers, but as the United States was defining itself as a manufacturing powerhouse, self-made industrialists were becoming millionaires. Many made their fortunes in the cities but spent part of their wealth in pursuit of the tranquility of farm life.

For these highly competitive men, the chance to show off land and new technologies and to out-boast their peers with award-winning livestock was irresistible. Week-long parties were popular, and to a gentleman farmer, the fun of hauling guests in hay wagons to tour the dairy barns, admire the sheep, and visit state-of-the-art poultry operations was part of the thrill. Peabody was no exception.

Peabody purchased land in DuPage County between 1910 and 1921, amassing nearly 900 acres containing five distinct farms. Peabody Farms, later named Mayslake Farms, covered most of the land between 31st Street and Ogden Avenue to the north and south and Route 83 and Midwest Road to the east and west.

The farm’s all-white breeds of poultry included Buff Orpington chickens, which won national awards. Its chicks and eggs were in high demand and sold for good prices. The farm also had Exmoor sheep, which Peabody introduced from England. One particular anecdote showing the lengths Peabody went to on behalf of his farm — and his mind for prestige over profit — involves these sheep.

Due to a poor growing season and rising feed prices, the farm manager spoke to Peabody about culling the farm’s flock. It was a low-risk proposition, he explained, since the remaining sheep would breed and bring the flock back to full strength by the following spring. Peabody said he would think about it.

Two days later, the farm manager received a telegram stating there was a delivery waiting for him at the railroad station in Hinsdale. Upon his arrival at the station, he discovered Peabody had simply purchased a railway car full of grain for the sheep.

The farms played a role in the community as well. One building on the property served as the first York Township schoolhouse, and a contract with Hinsdale ensured that when the town’s garbage incinerator broke down the refuse would feed the farms’ pigs.

Peabody died in 1922, and two years later the Franciscan Order of Friars Minor purchased his 900 acres. Over the years the order sold all but 87 acres, which the Forest Preserve District purchased in 1993, creating Mayslake Forest Preserve.

Today, Peabody Farms may only exist as a part of DuPage history, but stories of Peabody the gentleman farmer and the role his land played in creating one of the county’s most popular forest preserves live on. Visit Mayslake Peabody Estate through Nov. 7 for the interactive exhibit Mayslake Farms: A Gentleman’s Dream and discover them all!

Check out the blog "A Model of a Thriving Poultry Operation" to get a behind-the-scenes peek at some of the prep work that went into creating the interactive exhibit.

The poultry house at Peabody Farms 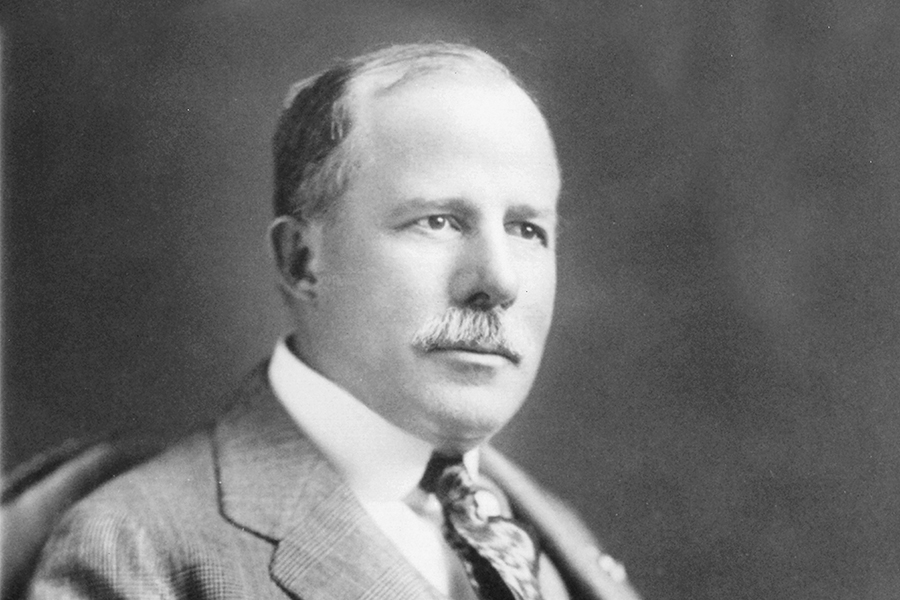 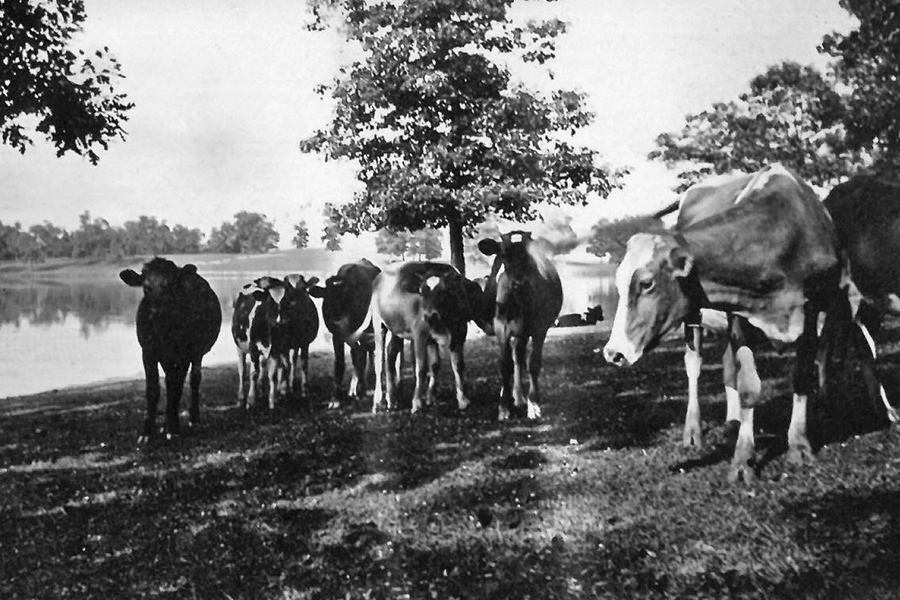 Like other gentlemen farmers in the early 1900s, F. S. Peabody raised livestock, as shown here along the shore of today’s Mays’ Lake.

Peabody Farms was known for its all-white breeds of poultry, including national-award-winning Buff Orpington chickens.

When Hinsdale’s garbage incinerator broke, Peabody Farms agreed to use the town’s refuse to feed the farm’s pigs.

Today these farms make up nearly 1,900 acres of DuPage forest preserves, providing valuable habitat for native wildlife and stormwater storage areas. You can learn about the role gentleman farms played in DuPage and how several became part of the Forest Preserve District as you explore St. James Farm, Danada Forest Preserve and Mayslake Peabody Estate at "Gentleman's Farm Tour" on Saturday, Sept. 28 from 10 a.m. to 2 p.m. All ages; under 18 with an adult. $15 per car. Register online or at 630-206-9566.