When we think of insects, we usually picture small six-legged creatures that spend their entire lives on plants, in the air or underground. Butterflies, ants, bees and cicadas come to mind. But there are some familiar faces that spend most of their lives where you’d never think to look: underwater. These fascinating creatures make up the realm of aquatic insects.

In general, insects are divided into three broad groups. Terrestrial insects spend their lives entirely on land. Most butterflies belong to this group. They start as eggs attached to plants, where they develop into hungry larvae (aka caterpillars). They continue their terrestrial lives as pupae in their protective cocoons, eventually emerging as winged adults.

Semiaquatic insects are associated with water but usually just the surface. For instance, water striders spend much of their adult lives on the thin membrane of tightly knit water molecules that covers lakes and rivers but do not spend any significant time underneath.

Aquatic insects, on the other hand, spend a major part of their lives fully submerged. Common insects you likely thought were purely terrestrial are actually aquatic, such as dragonflies, damselflies, mosquitoes, mayflies and stoneflies.

Dragonflies, for instance, lay their eggs directly in the water. In about a week the eggs hatch into fully aquatic larvae called “nymphs” or “naiads,” which have internal gills that help them breathe. Depending on the species, dragonfly nymphs can spend weeks growing underwater — sometimes years.

When the nymphs near the end of their development, they crawl out of the water and shed their skins. (In summer, look for these empty dried skins on rocks and plants along the shore.) The winged adults that emerge live a few short weeks and are purely terrestrial, flying near the surface of the water only to find mates and tasty insects.

Scientists have identified a tremendous number of aquatic insects and have developed different methods to keep them organized. One looks at habitat, primarily whether the insects exist in flowing or still waters. Another looks at how they move underwater, whether they swim, climb, dive, etc.

One of the most important methods looks at how aquatic insects eat, especially as nymphs. This classification, called “functional groups,” is frequently used because it helps describe where the insects fall on the food chain.

“Collectors” are essentially filter feeders that pull super-fine organic particles from the water. Mosquito larvae are collectors that use hairy, comblike mouthparts to “sweep” in their food.

“Scrapers” feed exactly as their name describes, by scraping algae, bacteria and other microorganisms off submerged surfaces. Many mayfly larvae do so with mouthparts that resemble stiff brushes.

“Shredders” shred or chew living and decaying plants, usually large particles. Stonefly larvae have strong jaws that can chew through leaves and other parts of a plant.

At the top of the aquatic insect food chain are the “predators,” which primarily eat other larvae. The most well-suited of this group tend to be the dragonflies. A dragonfly nymph has an adaptation that looks like a hinged pincher-tipped jaw, which it keeps folded under its head. It can extend this “jaw,” hook its prey (sometimes a tadpole or small fish) and snap its meal back to its mouth all in a split second.

So this summer, when you’re enjoying your favorite DuPage forest preserve lake, pond, river or stream and think about the fish, turtles and other animals below, make sure to give a nod to the underwater world of aquatic insects, too! 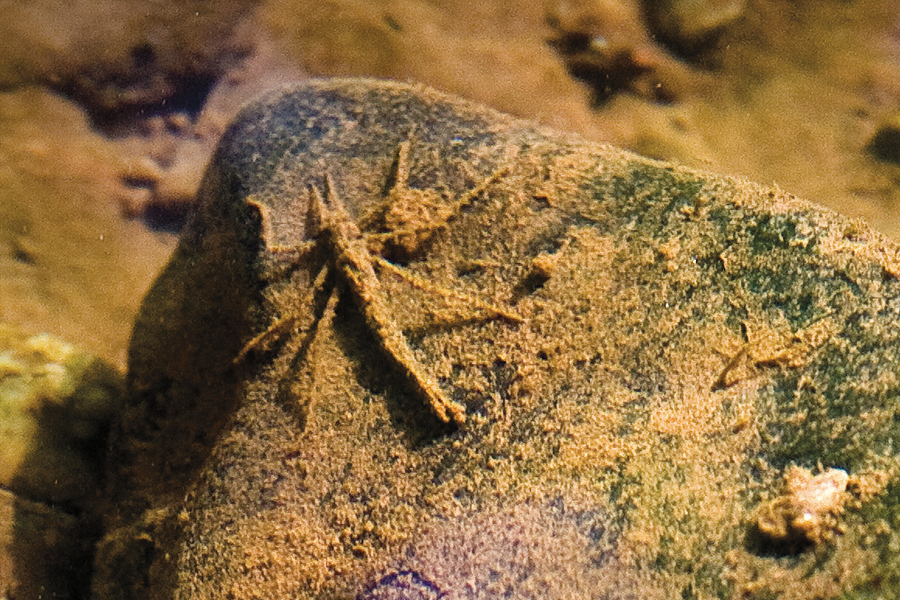 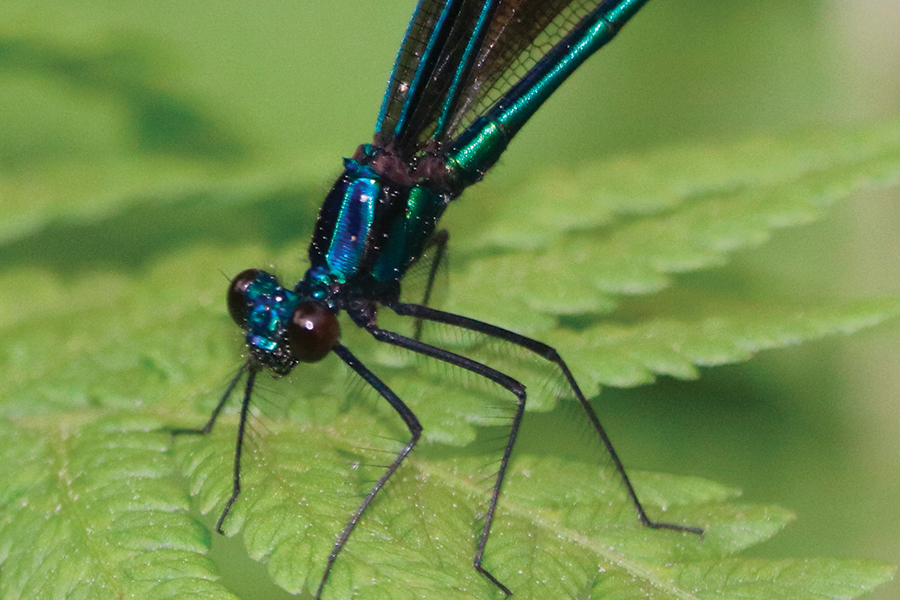 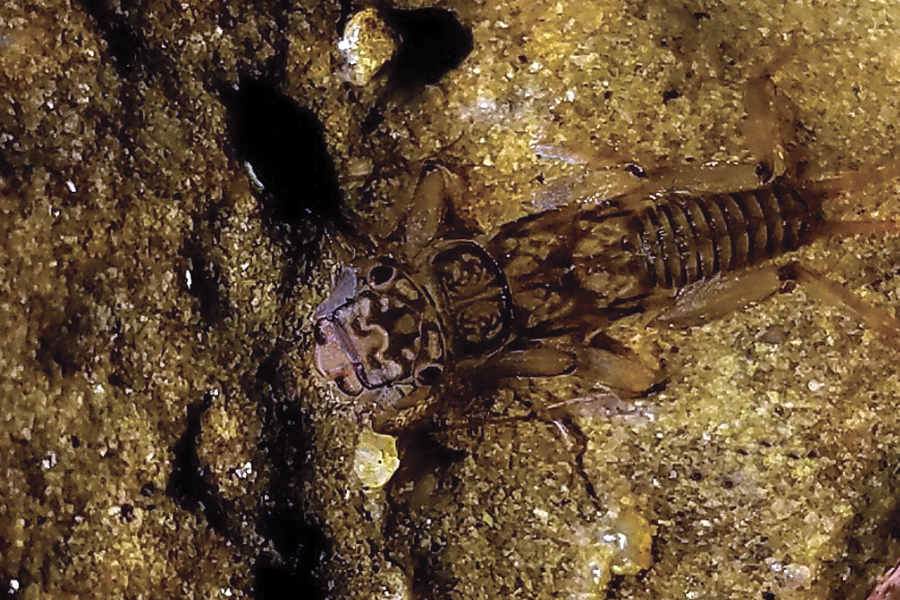 Some stonefly larvae spend up to four years in fast-moving rivers, where they live under rocks. These aquatic insects don’t live in polluted water, so ecologists know a river’s healthy if they find stonefly larvae in it. As adults, stoneflies live only a few weeks. Image by Sylvia Lee/CC BY-NC 4.0 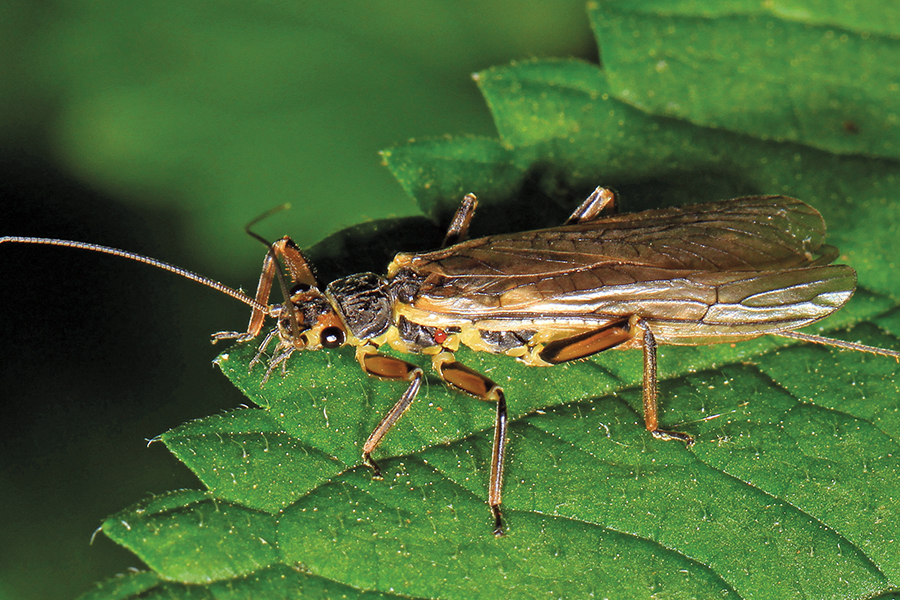 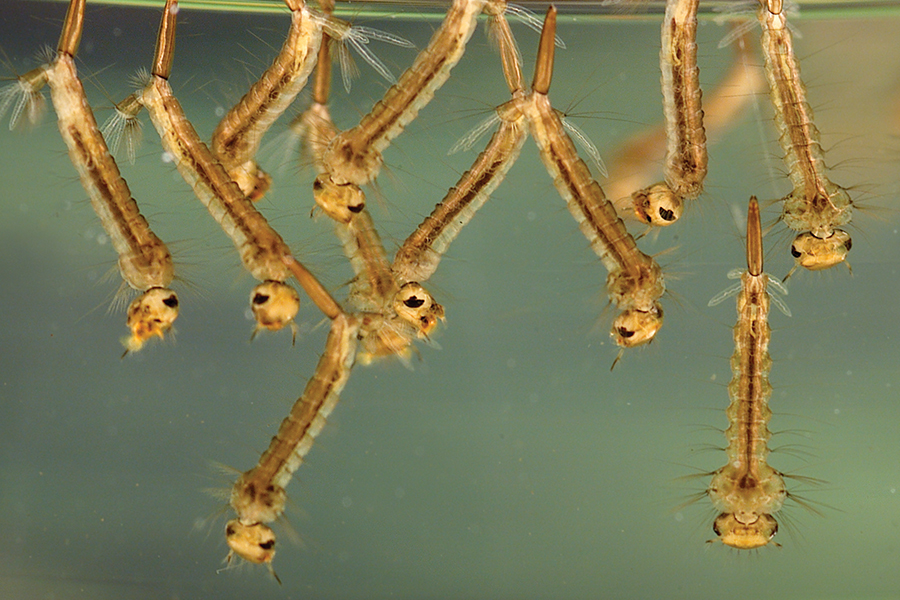 Mosquito larvae are “collectors” that eat fine particles of organic matter floating in the water. As a result, these aquatic insects keep natural waters clean.

Common name aside, a dragonfly spends most of its life crawling underwater instead of flying in the air. As a young “nymph” it has special mouthparts for catching and eating prey, even small fish. When fully developed, the nymph leaves the water and sheds its skin, revealing the mature adult inside. It then flies nearby to wait for its wings to dry. 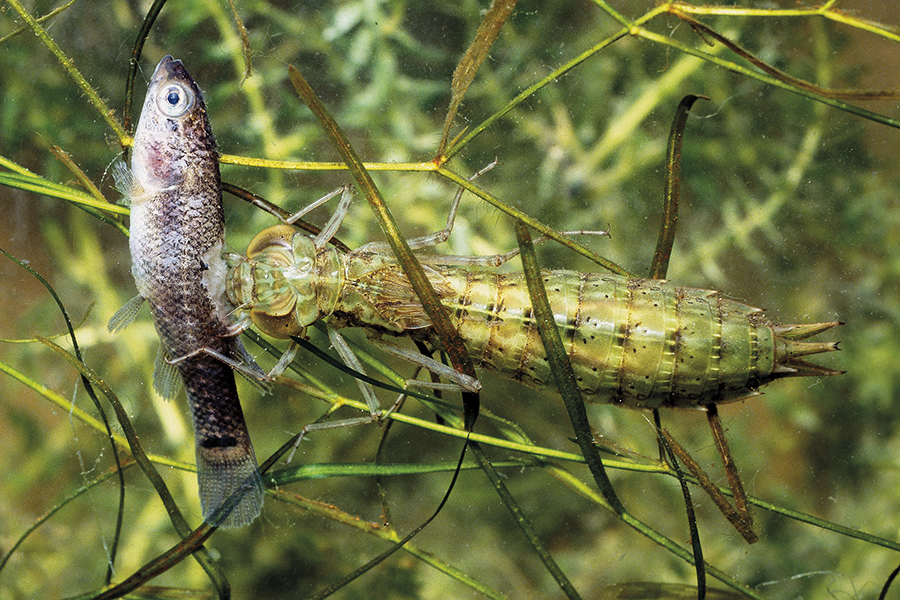 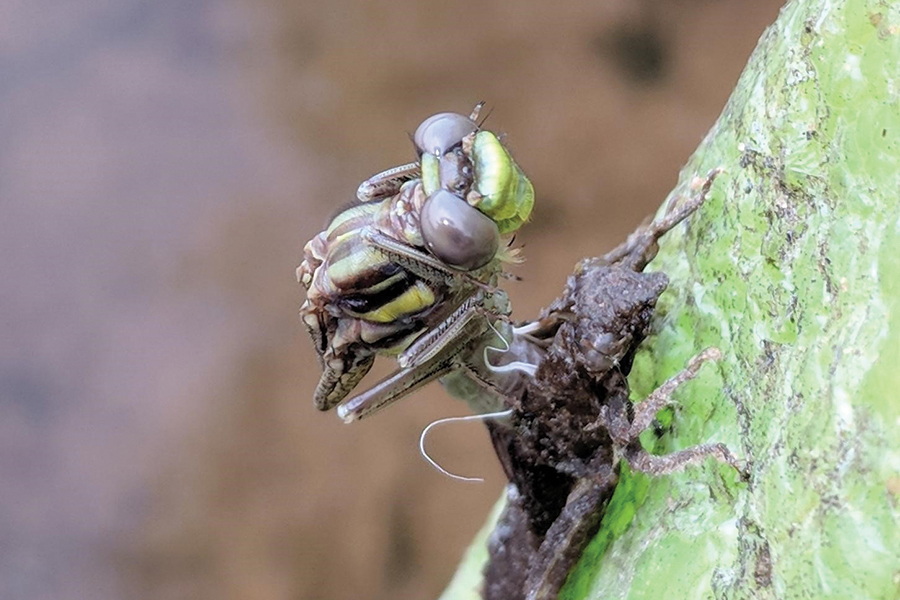 An adult dragonfly emerges from its larval skin. 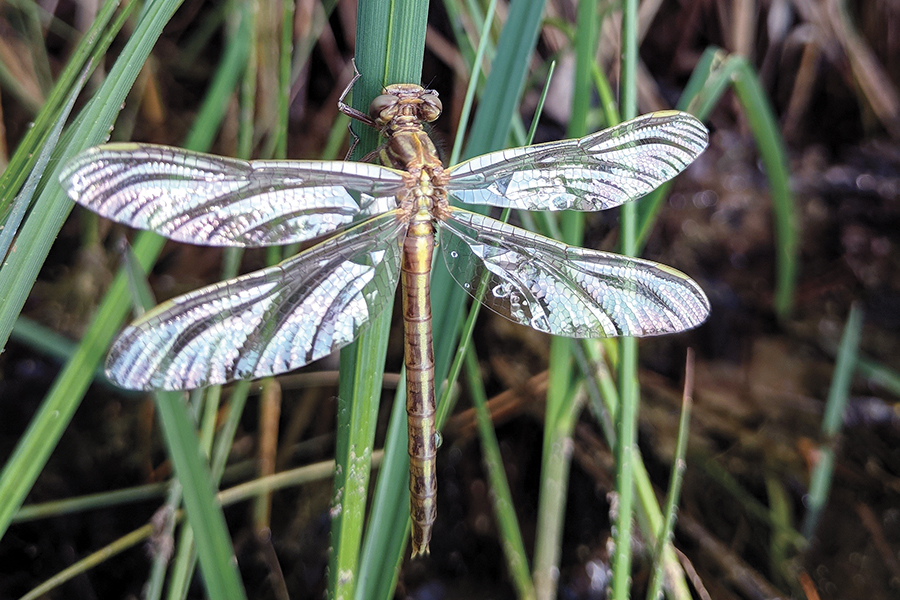 A newly emerged adult dragonfly rests while its wing dries.