As bizarre as it may sound, “planting” devil crayfish is a necessity if you want to create habitat for Hine’s emerald dragonflies. To understand why, you need to know a few peculiarities about these beautiful but rare insects.

Like other dragonflies, Hine’s emeralds are “aquatic insects.” Adults lay their eggs in the water, and the larvae that hatch from those eggs stay underwater until they develop enough to leave and molt into winged adults. (For Hine’s emeralds, this can take up to five years.) But unlike other dragonflies, Hine’s are picky about the waters they call home.

Hine’s emerald dragonfly larvae only live in groundwater that flows through dolomite bedrock before surfacing to form rivulets, exceptionally shallow, narrow, slow-flowing bodies of water. Even then a Hine’s emerald needs an additional feature, the final and most critical factor of all: a devil crayfish burrow.

One reason for this requirement may be that these crayfish are “primary burrowers.” They build complex burrows deep enough to reach underground water tables below the frost line, which means the water doesn’t freeze. This source of cold open water is critical if Hine’s larvae are to survive winter.

It starts by collecting “gravid” female crayfish (those carrying fertilized eggs) in the wild. Since devil crayfish mate in early spring, the best time to do this is April through early June.

The females go in a special tank at the Forest Preserve District’s Urban Stream Research Center, where they’re fed and kept comfortable and clean. The center is a one-of-a-kind facility for studying and rearing aquatic animals such as crayfish, dragonflies and mussels.

The crayfish eggs start out as small dark balls, which the female carries under her tail. In two to three months they change color and develop eyespots. Eventually they become free-swimming juveniles and will, a few at a time, leave the female for short periods. As they get older and venture further away, it’s time to remove the female from the tank. The more time her young spend away from her, the less she’s able to sense them under her tail when they return, which means she may begin to eat them, thinking they’re prey.

With the female gone, the juveniles are fed and kept clean until it’s time to “plant” them (aka release them) into appropriate forest preserve habitat. 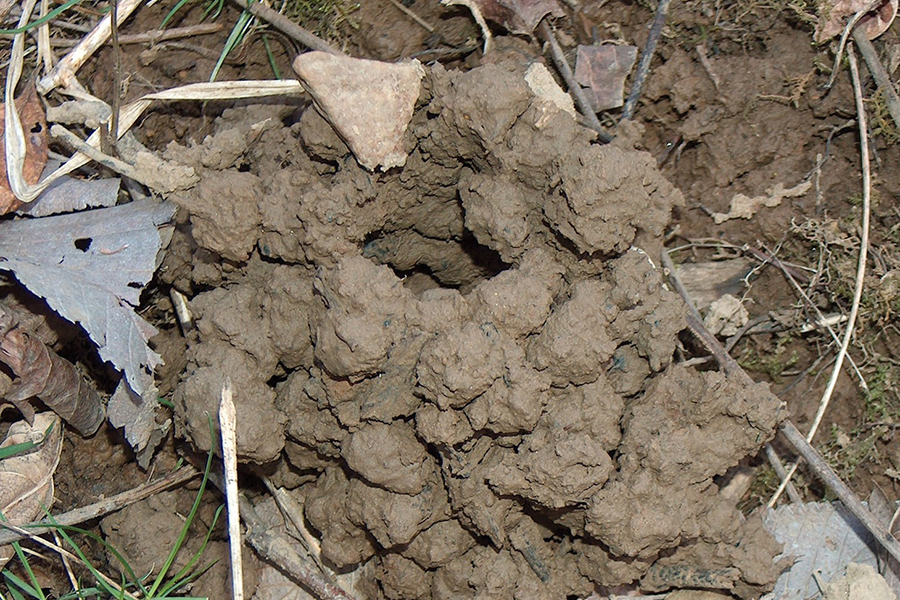 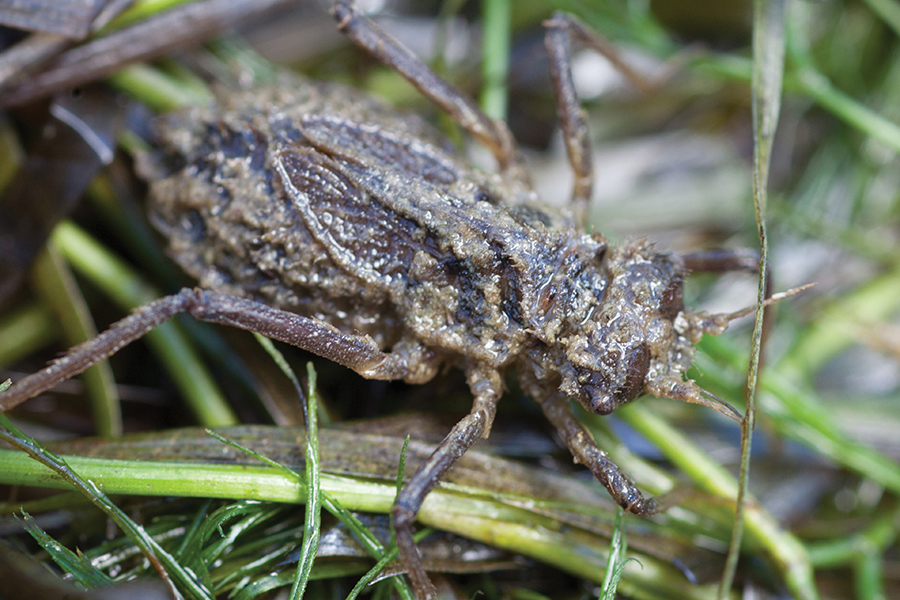 A Hine’s emerald larva emerges from its burrow. Image by Ryan Hagerty/USFWS/CC BY 2.0 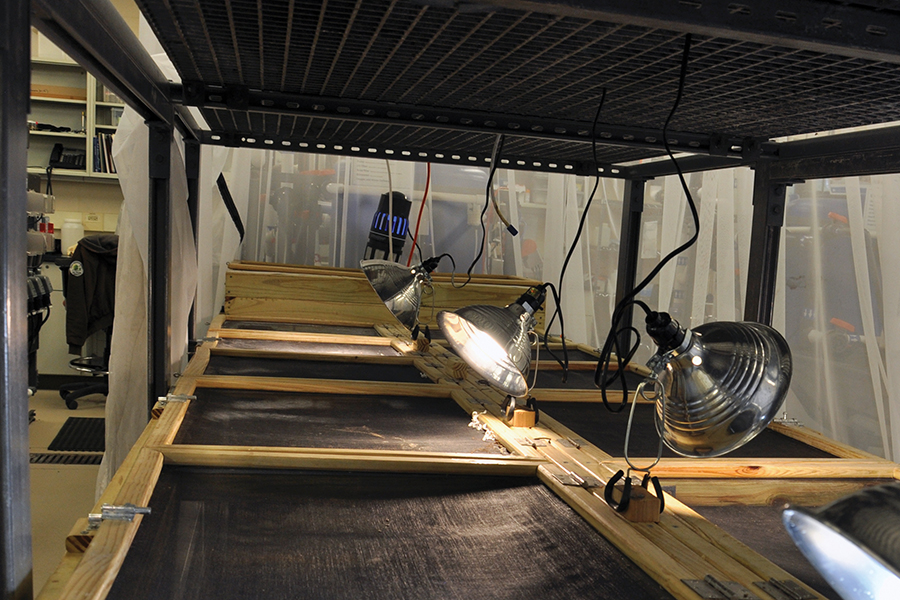 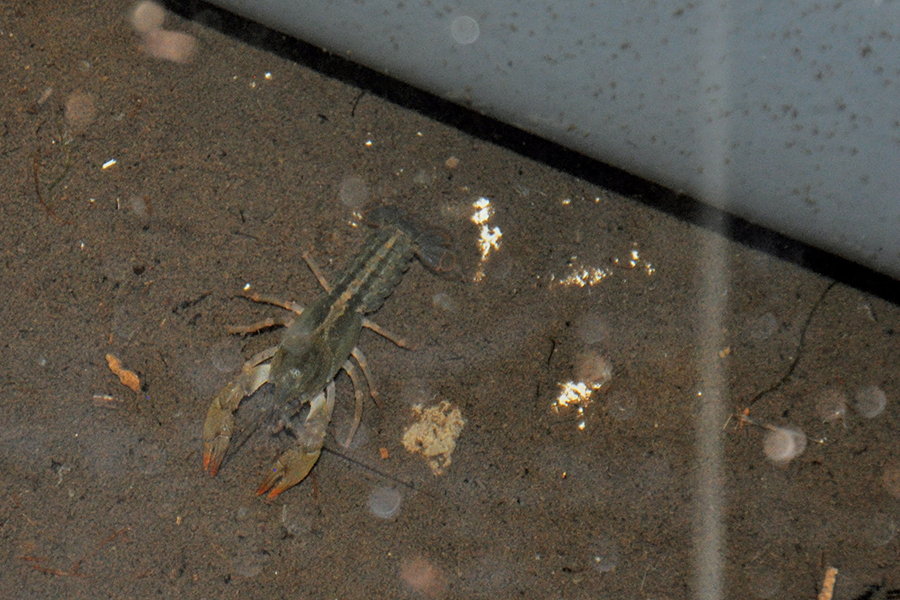 Eggs at the Urban Stream Research Center develop into juveniles, which will eventually be released in the forest preserves to create habitat for young Hine’s emerald dragonflies.

Because this rearing process is relatively new in the world of crayfish, ecologists still have several questions to answer. How big should the crayfish be before they’re released? How many should go in a given area? How can ecologists make sure they stay put and dig burrows where Hine’s emerald dragonflies need them? Forest Preserve District ecologists are collaborating with their counterparts from the U.S. Fish & Wildlife Service, the University of South Dakota and other organizations to find answers to these questions.

By spring, visitors to Willowbrook Wildlife Center and Fullersburg Woods Nature Education Center can learn about this pioneering captive-rearing program. Behind the scenes, Forest Preserve District staff from several departments are developing artificial habitats for breeding and raising crayfish next year and beyond. Up front, visitors will be able to learn more about these ground-breaking efforts (and may even get to meet a few of these crayfish in person!) It’s a great chance to learn first-hand from the experts about one of the ways the Forest Preserve District is on the cutting edge of recovery efforts for native wildlife.

Can't Have One Without the Other

The insect above is a Hine’s emerald dragonfly. It’s federally endangered. That means it’s at risk of becoming extinct. Only a handful live in DuPage forest preserves.

Hine’s spend the first part of their lives underwater as larvae. Unlike other dragonflies, Hine’s larvae only live in water at the bottoms of devil crayfish burrows.

To help Hine’s emeralds, the Forest Preserve District is not only raising the dragonflies for release into the wild but also raising devil crayfish so future Hine’s emerald larvae will have places to call home.

From the President
News & Notes
Raising Devils for Dragonflies
The Love of Living Things
Destination: Discovery