Recording the Plants of DuPage

When you’re a botanist for the Forest Preserve District as I am, one of your most important jobs is knowing which plants grow in the county’s forest preserves. But how exactly do we keep tabs on which plants grow where? It’s a mix of reading what people have seen in the past with recording for posterity what we’re finding in the present.

Botanists have been contributing to our overall knowledge of the flora of DuPage for over 150 years. One of the first was Henry Homes Babcock, who started collecting specimens in the 1860s and whose “Flora of Chicago and Vicinity” from 1872 and 1873 noted the locations and abundance of several species.

Levi M. Umbach, a professor of physical and biological sciences at North-Western College in Naperville (today’s North Central College), collected plants from 1884 until his death in 1918, including over 1,000 specimens from DuPage between 1895 and 1912.

William S. Moffatt collected hundreds of plants between 1884 and 1898, including a delightful little flower called harbinger-of-spring. Moffatt noted the plant was “in a tract of woodland, north of Naperville” where the timber had been cut, adding, however, that it “will probably disappear from our DuPage County flora,” a prediction that unfortunately proved true. (Harbinger-of-spring hasn’t been seen in DuPage for over 100 years.) Accounts like Moffatt’s can be discouraging, but they provide valuable information on habitats that might prove suitable for possible reintroductions.

In 1969 Floyd Swink published his revolutionary Plants of the Chicago Region, which included a list of all plants recorded in the area. Later editions were co-authored by Gerould Wilhelm, who was often accompanied by former Forest Preserve District ecologist Wayne Lampa, the first to document the flora of DuPage forest preserves.

Today, the book’s follow-up, the 1,392-page Flora of the Chicago Region: A Floristic and Ecological Synthesis by Gerould Wilhelm and Laura Rericha, not only lists each species but also includes distribution maps showing where each grows in the 22-county Chicago area. 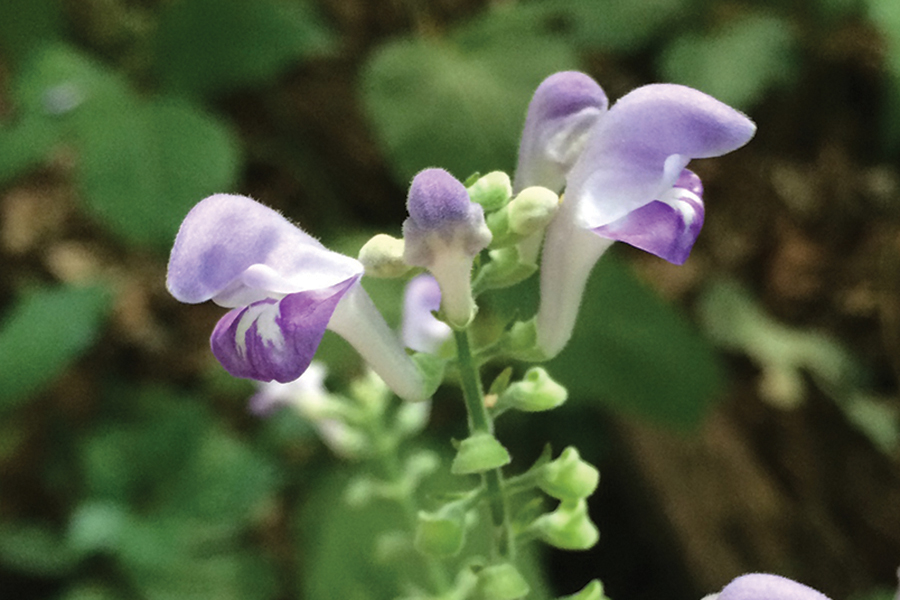 Heart-leaved skullcap is one of the never-before-recorded plants the Forest Preserve District has added to the county’s herbarium.  Image by Zebulen Collier/CC BY-NC 4.0

Plant specimens are dried in a special press before being labeled and submitted to the county herbarium for storage. 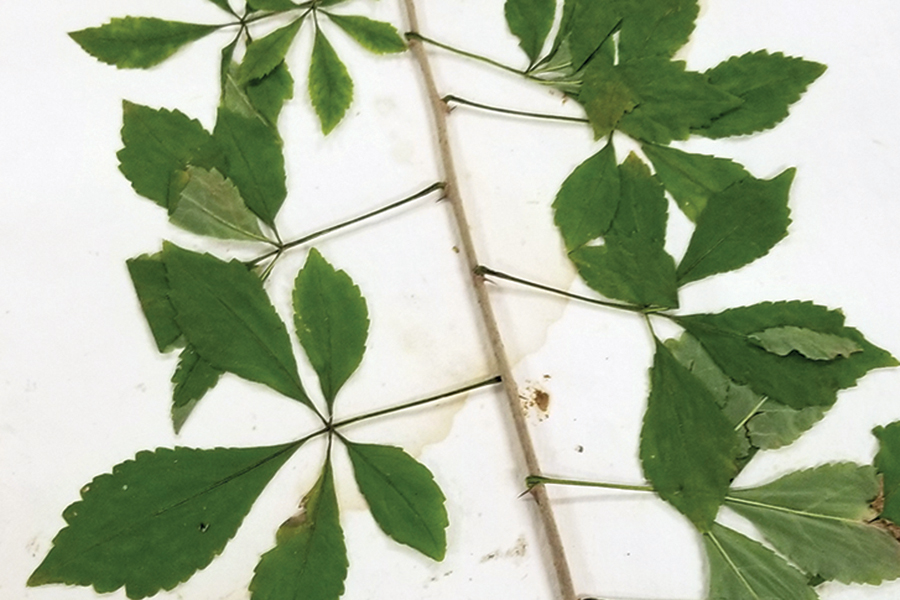 Once pressed, plant specimens, such as this five-fingered aralia, become part of the county’s permanent record.

Without physical specimens to back up any of these written reports, however, observations are not definitive proof. For that, botanists rely on a herbarium.
A herbarium is a collection of dried plants used for scientific study. The one for DuPage County is housed at The Morton Arboretum in Lisle. Researchers in the field collect individual specimens, press and dry them, and then submit them to the herbarium as a type of permanent record. These “voucher” specimens provide proof that a species grows in a certain location, so researchers can reliably use them to create accurate distribution maps.

In addition to telling us what grows where, herbarium collections provide a record of changes in vegetation. Over time a herbarium shows where certain native species occurred and when nonnative species first made their appearances, data that’s valuable even though it can be disheartening. In many cases a herbarium is an epitaph for a species, representing the only record of a plant’s original distribution in the county.

Since 1991 I have documented over 1,000 specimens in and around the preserves, usually trying to voucher those recorded in literature but never verified, such as the heart-leaved skullcap, which I found just last year. Many times I look for species in their appropriate habitats, but some I often happen upon in the course of my usual duties. For instance, I obtained the previously unrecorded low hybrid ragweed by specifically looking where its parents, common ragweed and western ragweed, occurred. But I happened across Lea’s shingle oak, a hybrid between the shingle and black oak, when I least expected it!

In some cases, discoveries of rare native species have altered how the Forest Preserve District approaches a site. It may manage an area more intensively, say with prescription burns and mowing, and carefully monitor how a newly discovered species is doing. In the case of newly identified invasive species, it may target them for removal so they do not spread and threaten native communities.

Combined, historical literature and present-day herbariums can do much to bridge the flora of the past with the current forest preserve landscape. And that’s valuable information when it comes to determining how to manage and maintain these vital natural resources. After all, the more we know about DuPage County’s ecological past, the better we can plan for its future.

From Habitat to Herbarium

So how exactly does a plant make its way from a DuPage forest preserve into the regional herbarium? At the Forest Preserve District, that’s the job of author and plant ecologist Scott Kobal.

Each plant first goes into a special press designed to flatten and dry out the fibers. It may stay in the press for several days. After it dries, it gets a label that includes the scientific and family name, a unique number, the collection date and location, and a list of species growing along with it. The dried specimen and label are then submitted to the herbarium at The Morton Arboretum, where staff and volunteers mount them onto herbarium sheets, give the submission a tracking number, and then add them to the permanent collection.