Adopt a Baby Blanding's Turtle to Help Save State-Endangered Species

(Sept. 13, 2017) — Help pay for the care of a state-endangered Blanding’s turtle hatchling by adopting one under a new program started by the Friends of the Forest Preserve District of DuPage County, a 501(c)(3) nonprofit organization.
The fundraising effort helps the District’s 22-year-old Project Head Start, which works to provide a safe place for Blanding’s turtles to hatch and grow in an effort to boost the species’ population. With only 269 hatchlings expected this season, adoption opportunities are limited, so donations should be made soon. So far 26 hatchlings have been adopted.
A minimum donation of $100 is needed to adopt a turtle hatchling, which includes naming rights for the turtle, a Blanding’s turtle information card, adoption certificate with unique turtle number, a subscription to the District quarterly Conservationist; a plush turtle, and program updates twice a year. Those interested in adopting a Blanding’s turtle hatchling can do so online or at fundraising@dupageforest.org or 630-933-7097.
“We’re thrilled the Friends has found this creative way for the public to help in our crucial effort to replenish the Blanding’s turtle population,” said Forest Preserve District of DuPage County President Joe Cantore.
“For more than 20 years the District has led regional efforts to help the Blanding’s turtle, and now the public can join this vital effort as well,” said Forest Preserve District Commissioner Tim Whelan, District 4.
Since 1996, the District’s program has reared and released more than 3,000 young turtles. In recent years, at least 90 percent of the fertile eggs recovered resulted in hatchlings. In 2014, 204 fertile eggs were collected and hatched, creating an unprecedented 100 percent hatch rate.
“The Blanding’s turtle is definitely on the brink of extinction,” said District ecologist Dan Thompson. “It’s known as the poster child of wetland species in dire straits.”
The program started after District staff noticed they were only finding adult Blanding’s turtles in the preserves and no juveniles or young adults, indicating that Blanding’s turtles were dying off faster than they could repopulate.
One of the biggest threats to Blanding’s turtles is predators eating their eggs in the nest. During their 60-day incubation period, 90 percent of turtle nests are destroyed by predators each year. Raccoons are the most voracious predators of Blanding’s turtle eggs and hatchlings, juveniles and occasionally adult turtles. Other predators include the skunk, opossum and mink. Rising populations of these predators in many areas of the turtle’s historic range contributes to the loss of this species and is why so few turtles hatch or reach adulthood.
To improve their odds, every spring Thompson and his cohorts don hip waders and take to the wetlands and marshes in DuPage forest preserves to collect pregnant females before they lay their eggs. They bring the pregnant (gravid) turtles to the District’s Urban Stream Research Center in Warrenville, which is equipped with nurseries to receive and incubate the eggs. Each female is numbered and identified as are the eggs she lays, providing a scientific record of each mother and clutch of baby turtles to establish a database of genetic information and DNA. When the female is done laying eggs and ready to be released back into her natural habitat, she is fitted with a radio transmitter on her upper shell, or “carapace,” to make it easier to locate her next year.
After the eggs hatch, they are numbered and given a medical checkup to determine their weight, length and general health. They are kept and reared for about a year before being released back into the preserves after they are fitted with a microchip to help identify them in the future.
The District has been able to expand and improve the program with help from partners such as Wheaton Park District’s Cosley Zoo, Peggy Notebaert Nature Museum, Brookfield Zoo, St. Charles Park District and the John G. Shedd Aquarium and Forest Preserve District of Will County’s Isle a La Cache Museum. Research has also been conducted with many local institutions such as Benedictine University, University of Illinois, Loyola University, Wheaton College, Western Illinois University, Northern Illinois University and Governors State University.
“To recover a species from the brink of extinction is a very difficult and challenging task,” Thompson said. “A collaborative effort such as this will have a much greater chance of success than one agency on its own.”
The Forest Preserve District of DuPage County has been connecting people to nature for more than 100 years. More than 4 million people visit its 60 forest preserves, 145 miles of trails, five education centers and scores of programs each year. For information, call 630-933-7200 or visit dupageforest.org, where you can also link to the District’s e-newsletter, Facebook, Twitter and Instagram pages.
### 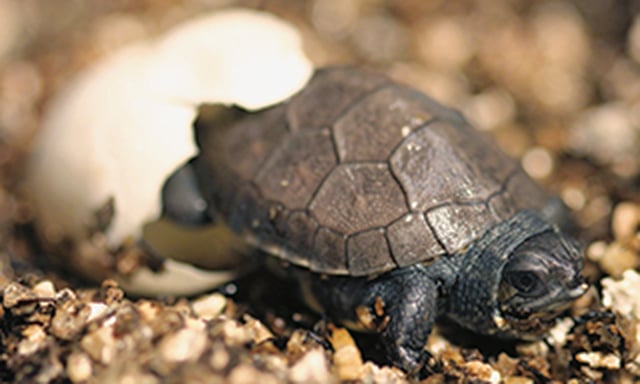