(Dec. 15, 2020) — DuPage Forest Preserve District Executive Director Ed Stevenson will assume a new role as executive advisor and co-lead a search to find a new executive director for the agency.
Stevenson, who has served as executive director since November 2016, said the move is needed to “right-size” for the future.

“The years ahead include ambitious plans for the organization, and there is much to accomplish,” he said. “I believe that now is the time for a change that will give us added support and momentum.” 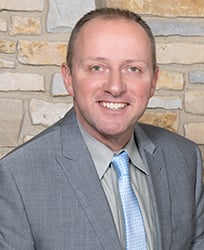 To ensure confidential tracking of applicants, resumes and inquiries will not be accepted via email or phone. For a link to the online application, visit dupageforest.org/get-involved/work-for-us. View the opportunity guide (PDF) for more details about the position.

“Ed and I work tremendously well together, and through our collaboration the District is on a positive trajectory and ready to go to the next level,” Hebreard said. “I’m excited. We get the best of both worlds moving forward — fresh perspective from a new executive director along with experienced guidance from Ed in his new role.”

As executive advisor, Stevenson will work across departments to provide the District board and staff with strategic support; manage major initiatives assigned by the executive director; and participate in the negotiation of licenses, intergovernmental agreements, contracts, and partnerships with other organizations.

Stevenson is overseeing construction of a new clubhouse at The Preserve at Oak Meadows in Addison, which is expected to be completed by May 2021. The golf preserve became the first in the nation to have all solar-powered golf carts after solar panels were installed on the cart storage building in 2019. Prior to that, he oversaw a major environmental restoration project that earned national awards for the golf preserve.

The Forest Preserve District of DuPage County has been connecting people to nature for more than 100 years. More than 4 million people visit its 60 forest preserves, 166 miles of trails, six education centers and scores of programs each year. For information, call 630-933-7200 or visit dupageforest.org, where you can also link to the District’s e-newsletter, blog, Facebook, Twitter and Instagram pages.
###