The Return of the River Otter

They’re covered in fur but live in the water. They’re fond of fish and crayfish and sliding in the snow, and ecologists are excited that they’re back again in DuPage County forest preserves. They’re North American river otters, and the story of their return is as interesting as the animals themselves.

Before Europeans arrived in Illinois, river otters lived statewide. But soon after Father Jacques Marquette and fur trapper Louis Jolliet made their way through the area in the late 1600s, fur trading became a big — and unregulated — economic driver for the region, one that lasted well into the mid-1800s. River otters declined drastically, and sightings soon became rare.

To save the otter, Illinois made harvesting illegal in 1929, but although the otter was protected, its habitat was not. There were few environmental regulations in the early to mid 1900s, and once-pristine rivers and lakes became dumping grounds for just about anything cities needed to discharge or flush. It wasn’t until later in the century, when people began to realize how environmental conditions affected human health, that the Environmental Protection Agency was created and the way people looked at native wildlife and natural areas began to change.

In 1977 Illinois listed the river otter as threatened; in 1989, endangered. By then, only about 100 otters lived in the state. The Illinois Department of Natural Resources wanted to boost populations, but budget cuts in the early 1990s prohibited purchasing animals from the state of Louisiana, which had a robust population. A clever and resourceful deal in 1994 helped solve the dilemma. Louisiana captured 50 river otters for release in Illinois. Kentucky paid Louisiana for the otters, and Illinois repaid Kentucky with 75 wild turkeys. Over a three-year period, Illinois released 346 river otters as a result of the arrangement, mostly in southern and central parts of the state. Relatively uninhabited rivers provided uninhibited travel corridors where the otters could spread and recolonize. In 2004, just 10 short years after the first reintroduction, the river otter was removed from the endangered species list in Illinois. Today an estimated 20,000 live throughout the state — some right here in DuPage. 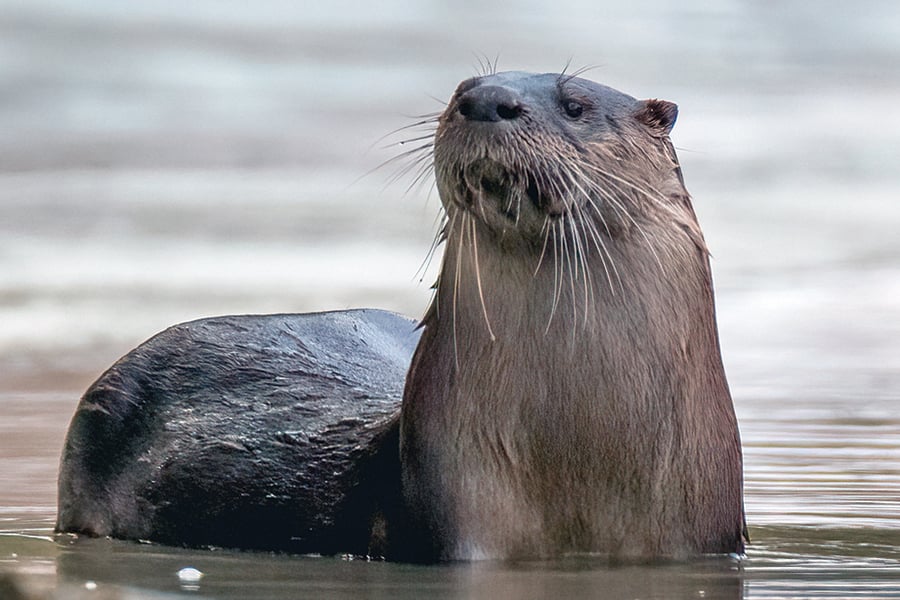 River otter whiskers are super sensitive and help the animals as they search for food. Image by Kyle Tansley/CC BY-NC 4.0

Their sharp teeth and claws help otters with their primary diet of fish, frogs, and crayfish. Image by DigiBirdTrek/CC BY-NC-SA 4.0 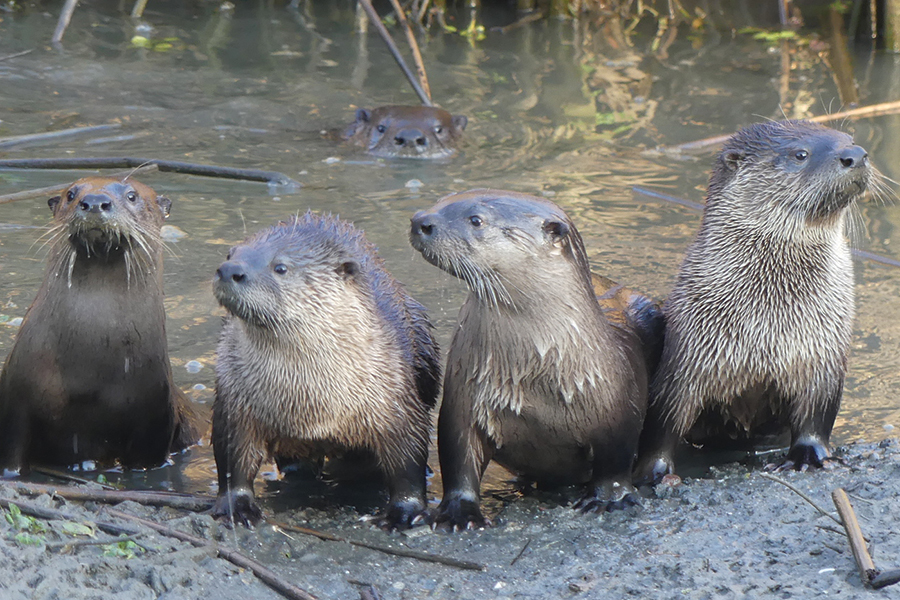 Adult otters live singularly or in pairs but will spend some of their time socializing in groups. Image by Lauren Glevanik/CC BY-NC 4.0 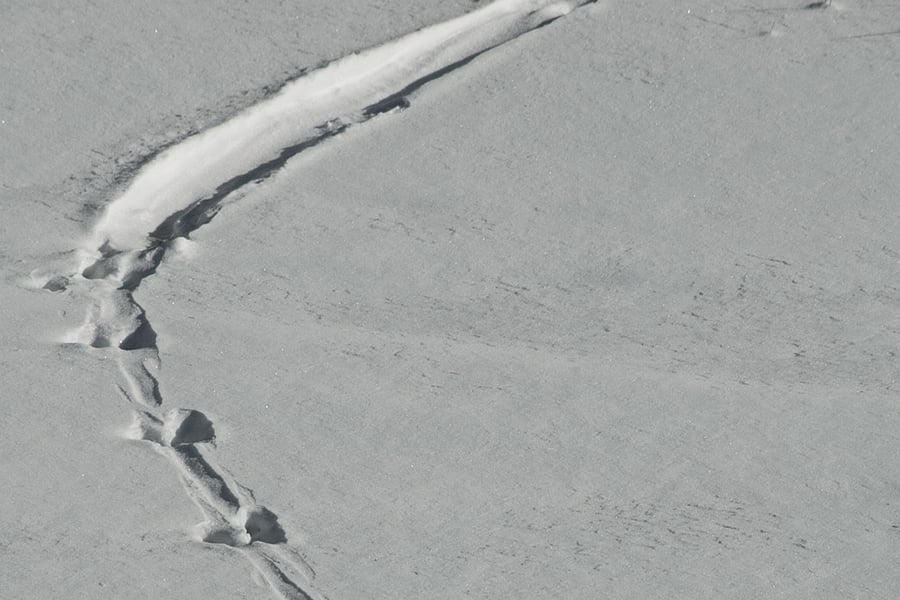 Known as “playful” animals, otters will run and slide on their bellies as they make their way down muddy slopes or across snowy patches, as shown by their tracks. Image © Stan Tekiela

But what exactly are river otters? Well for starters, they’re members of the weasel family, Mustelidae. Notable relatives include weasels, mink, ferrets, badgers, martins, and wolverines. Like mink, though, river otters are aquatic mammals, spending most of their time in the water.

River otters have elongated bodies with flattened heads and streamlined profiles. They weigh 11 to 30 pounds and range from 26 to 42 inches. Their tails can be about a third of their body length and, along with their webbed feet, help their agility when propelling through the water.

Otters’ thick dense coats insulate the skin from the water as well as cold temperatures. Their fur’s waterproofness comes from glands that produce oils the animals distribute throughout their bodies by frequent grooming.

As carnivores, otters dine on fish, crayfish, mussels, frogs, turtles, and snails. Their long whiskers help them locate prey in dark or turbid waters, and their sharp teeth and claws make for easy meals. They will occasionally eat waterfowl, muskrats, beavers, and cottontails, the latter showing they’re capable predators on land as well as in the water.
River otters den in or near the water, typically along the banks of rivers or lakes and sometimes in abandoned beaver or muskrat lodges. Polygamous, otters mate with several partners in their lifetimes. Females give birth to pups in their dens with litters from one to six, although two to three is more common, and will stay with their young in family groups for seven to eight months. The males do not stay with their families but will form social groups with other males that hunt and travel together.

Like most mammals, river otters are active year-round, although they tend to be more nocturnal during spring through fall and more active during the day in winter. On land they walk, run, or bound, but they even slide, which can be more efficient when travelling across snow or ice or down slopes.

When spotted, river otters can be fun to watch in social settings because they often appear to be playful. They like to chase each other on land and in the water while indulging in a slide when an embankment is nearby. These activities may
look like simple play, but they improve hunting skills and strengthen social bonds.
Whenever a species like the river otter recovers, it adds to the biodiversity of the land. After all, each species is unique and has a niche in the ecosystem. Next time you’re near a river, marsh, or lake, scan the area. You might be rewarded with an otter sighting of your own.