Among the Leaves So Green: Victorian Holiday Traditions 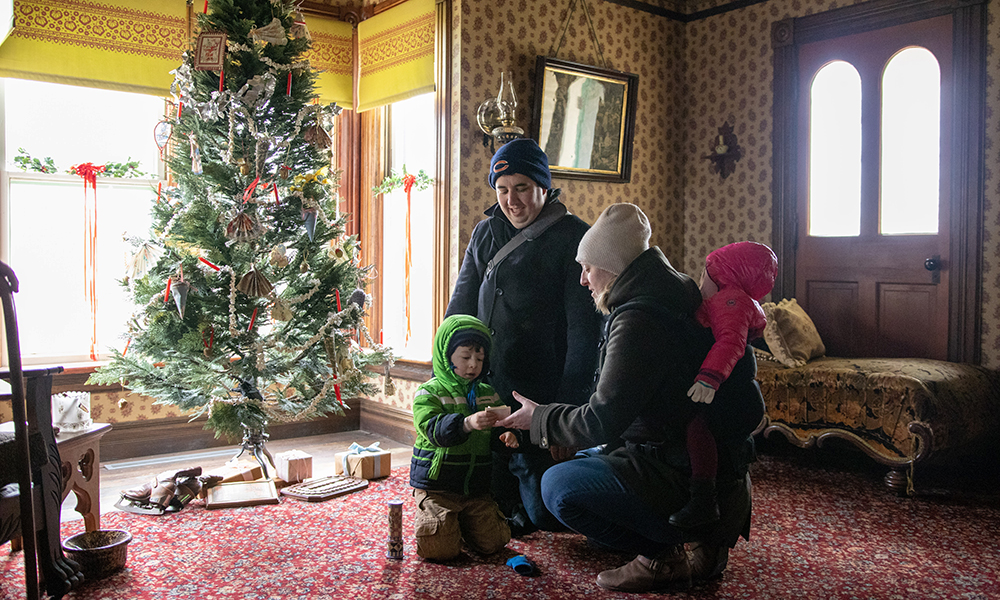 Many of the holiday traditions we follow today have come from around the world as emigrants moved to the U.S. or were created here during the 19th century as part of an ever-growing fascination with the winter season and its holidays. These traditions we hold onto so dearly were once brand-new and quite expensive for the average person during the latter part of the 19th century. 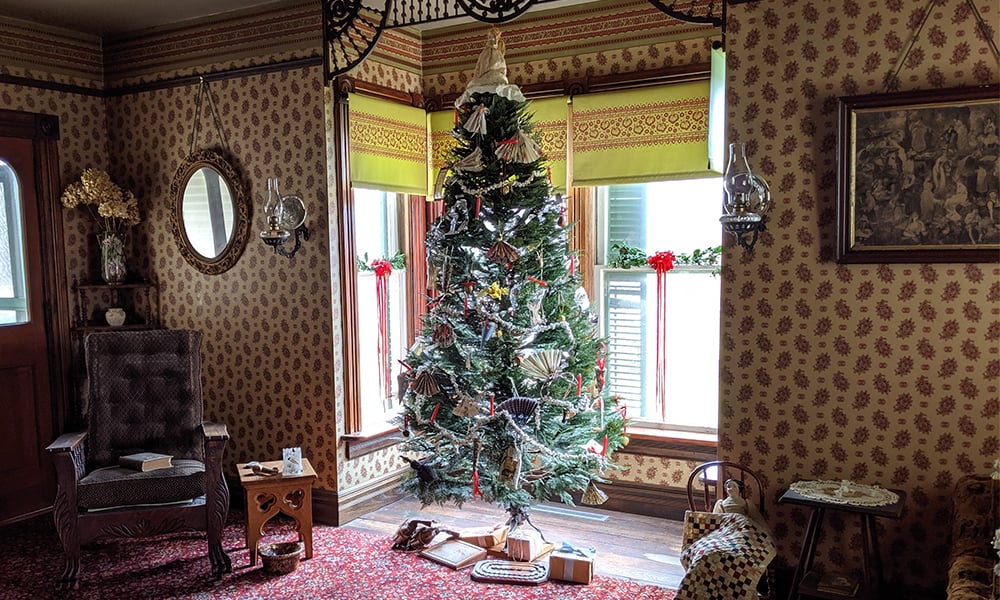 Christmas trees were first introduced by the British royal family as a tradition brought over from Germany by Queen Charlotte in 1800. Later, Prince Albert, husband of Queen Victoria, in 1841 would decorate several large Christmas trees imported from Germany that set off the trend across the masses in the following years.

Early Christmas trees would be decorated with strings of popcorn, cranberries, other dried fruits, and even miniature bells. Some families would make small decorations of glass, paper, wax, leather, or tin that would become cherished family ornaments. Hand blown glass ornaments as tree decorations first appeared in 1847 in Germany. By the 1890s, store bought ornaments, which were introduced during the 1870s, began to replace homemade pieces. 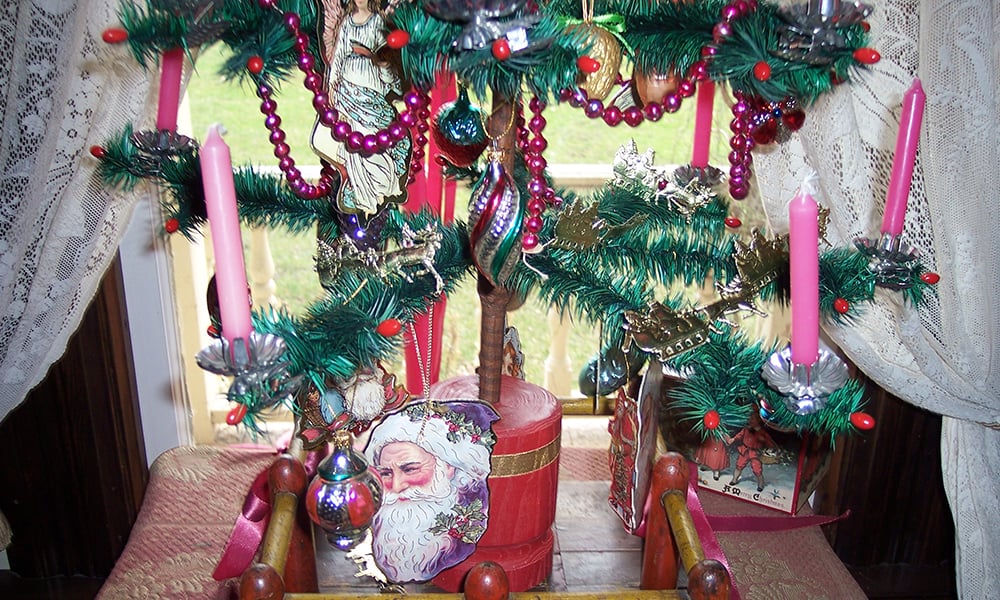 The first holiday tree lot was created in New York City by Mark Carr in 1851. Mr. Carr would bring ox sleds loaded with firs from the Catskills. Traditionally, these trees were not put up until a day or two before Christmas due to their role as a potential fire hazard. Christmas tree lights were created in 1883 by Edward Johnson as an alternative to the traditional use of candles on the Christmas tree. However, most families would continue to use candles up until the 1910s, when the string of glass lights become affordable for most, costing $1.75 for a 16-foot strand.

The use of greenery to decorate inside and outside the Victorian home spurs from a much earlier time period. Records of homes and religious spaces being dressed in greenery have existed since the early 1400s. The use of plants and trees such as holly, ivy, fir, and pine are strewn across verbal, written, and oral records throughout history. 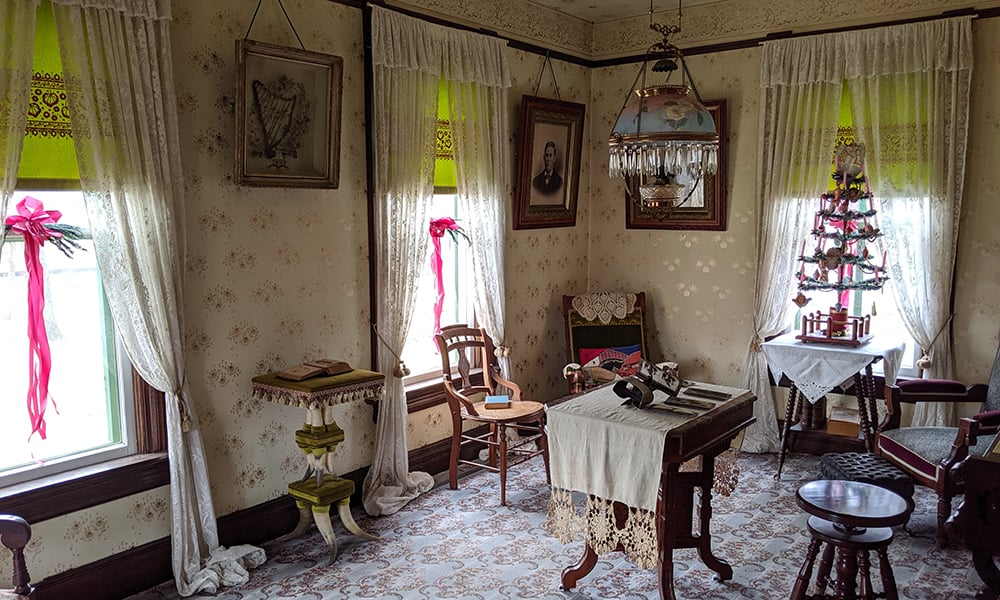 Victorian homes would place garlands of holly and fir across mantels and hearths. Garlands would also be wrapped around doorframes, paintings, and posts throughout the home. They would create wreaths and swags out of branches, holly, ivy, and pinecones to grace their entrances and doors. Kissing balls made of mistletoes, red ribbons, evergreen boughs, and even small fruits like pears or apples would hang in doorways to catch unsuspecting folks in the home.

This use of greenery in homes from Christmas trees to garlands to mistletoe and holly continues today as a time-honored tradition for the winter holiday season.

Emaly Allison is a heritage interpreter at Kline Creek Farm in West Chicago. She has a B.A. in American History and Civic Innovation from Emory & Henry College and an M.A. in Public History from the University of West Florida. Originally from North Carolina, she has gone up and down the East coast from the Gulf to the Great Lakes for her work in the museum field. She enjoys working with the wide variety of heritage livestock that call Kline Creek Farm home.