The West Branch DuPage River flows through the 465-acre McDowell Grove Forest Preserve in Naperville, providing fishing opportunities and attracting waterfowl and shorebirds like egrets and great blue herons. The preserve also has nearly seven miles of trails and two reservable picnic shelters and areas. McDowell Grove’s maples put on a spectacular show of colors in the fall.

McDowell Grove has mature woodlands, open fields with eastern bluebirds and Cooper’s hawks, and a floodplain forest with towering butternuts and black maples. A restored 3-mile stretch of the West Branch DuPage River flows naturally and provides improved habitat for a variety of aquatic wildlife.

McDowell Grove is on the east side of Raymond Drive, south of Interstate 88. The main entrance is south of Diehl Road, approximately 1 mile north of Ogden Avenue (Route 34). 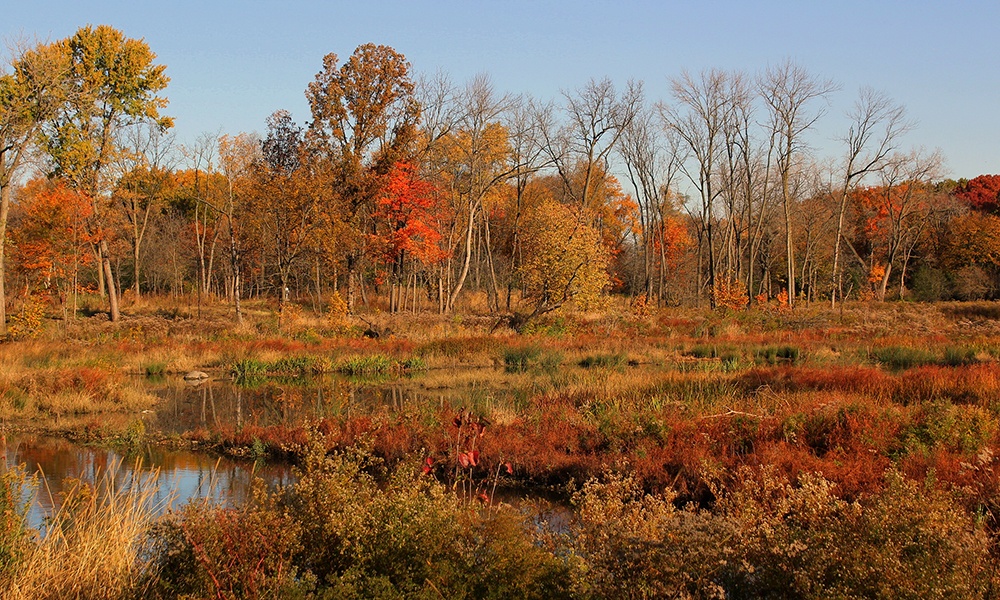 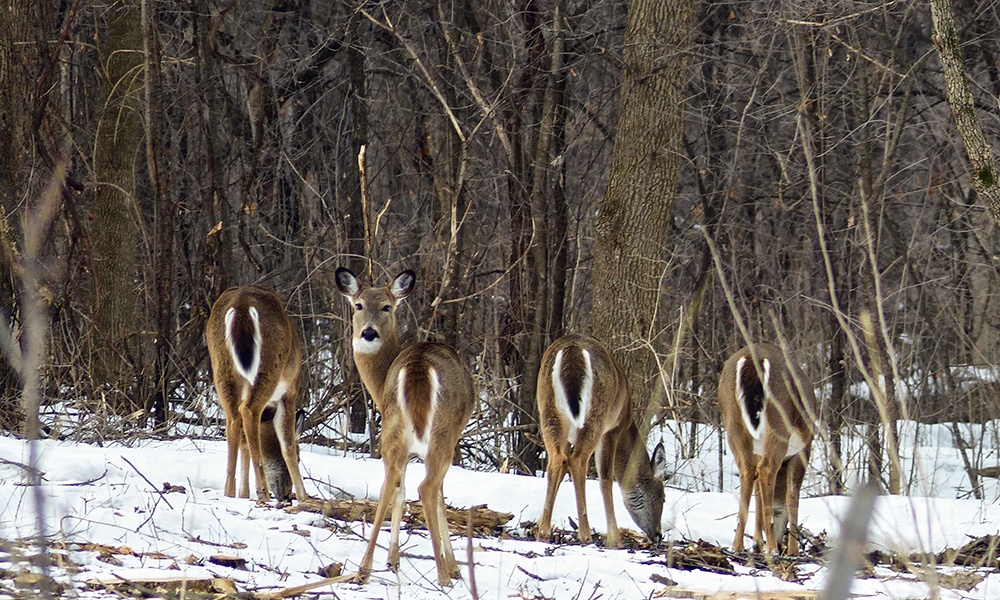 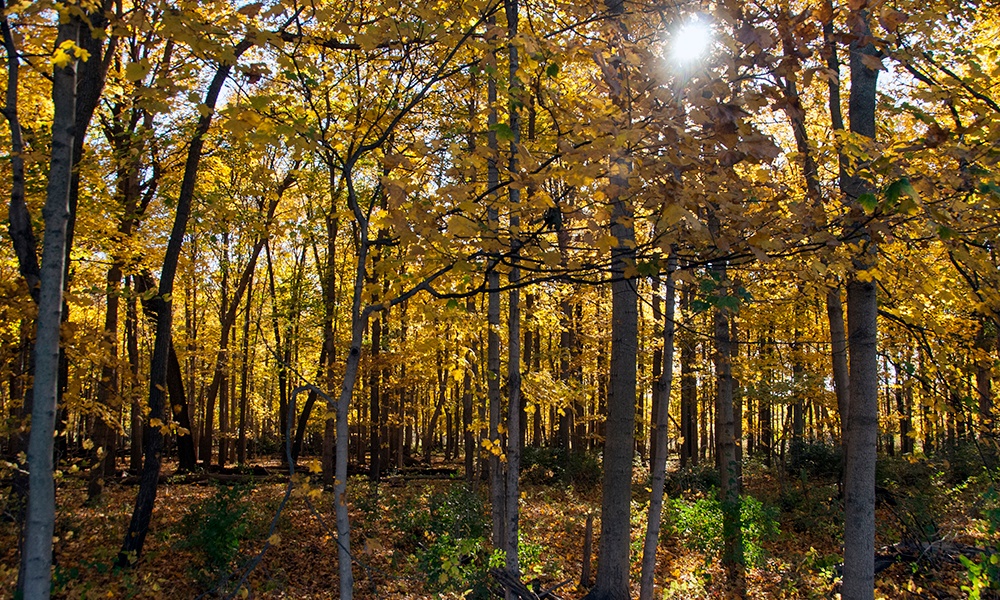 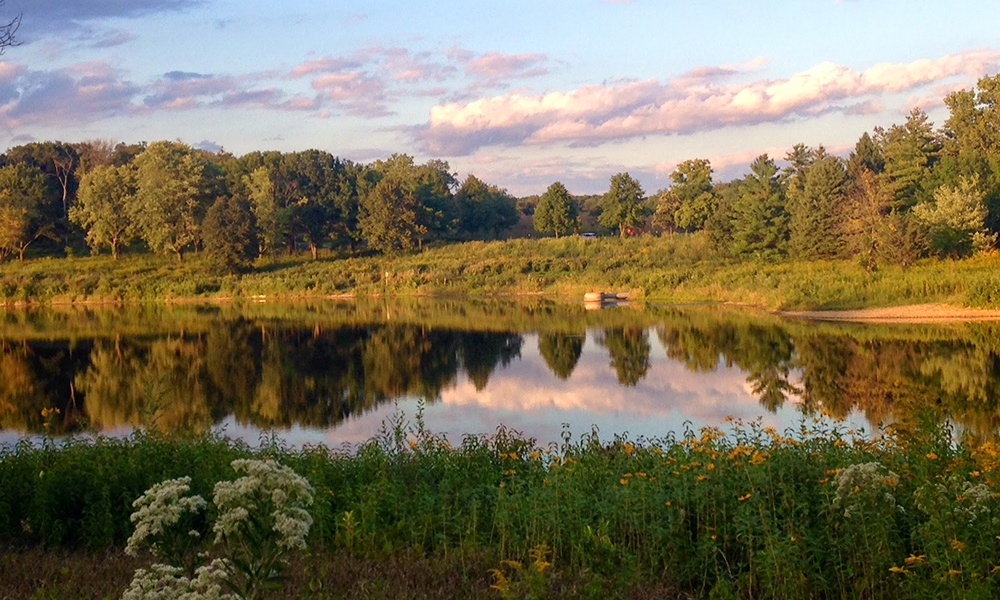 McDowell Grove has nearly 7 miles of looped turf and limestone trails for hikers, bicyclists, cross-country skiers and horseback riders. The trails connect to the West Branch DuPage River Regional Trail, which links to four other preserves.

McDowell Grove has several picnic tables and grassy areas where you can spread a blanket. Ground fires are not allowed, but you can bring grills. (The preserve has hot-coal containers for charcoal.)

Groups can also reserve the forest preserve's 25- or 150-person picnic shelters. Details are on our picnicking page.

Fish for catfish, bass, carp, sunfish and bluegill at the 22-acre Mud Lake. You can also fish along the West Branch DuPage River, which the state has stocked with smallmouth bass for catch-and-release fishing.

You can access the West Branch DuPage River near the Fawell Dam. Put-in and take-out sites are on the gravel access road off Raymond Drive, but parking is not available.

In the 1930s, McDowell Grove was a camp for the Civilian Conservation Corps — a work-relief program part of President Roosevelt’s New Deal legislation designed to combat Depression-era unemployment while conserving the nation’s natural resources. Workers constructed picnic areas, a plank bridge across the West Branch DuPage River, a boathouse, bridle path and a limestone dam on the West Branch DuPage River. The camp had six barracks, which provided housing for 200 workers. During World War II, the site served as a secret installation for developing radar technology. After Camp McDowell became a radar school in 1941, three additional barracks were added. The camp eventually served as a training site for Office of Strategic Services until 1944, and in 1946 the buildings were sold.

Starting in May 2013, the District and DuPage County Stormwater Management began a three-year project to restore a 3-mile stretch of the West DuPage River, including two miles in McDowell Grove Forest Preserve. In addition to improving flood control in the area, the project involved invasive species control and river restoration to improve habitat for fish and other aquatic species.