What Do Bees Do in the Winter?

What Do Bees Do in the Winter? 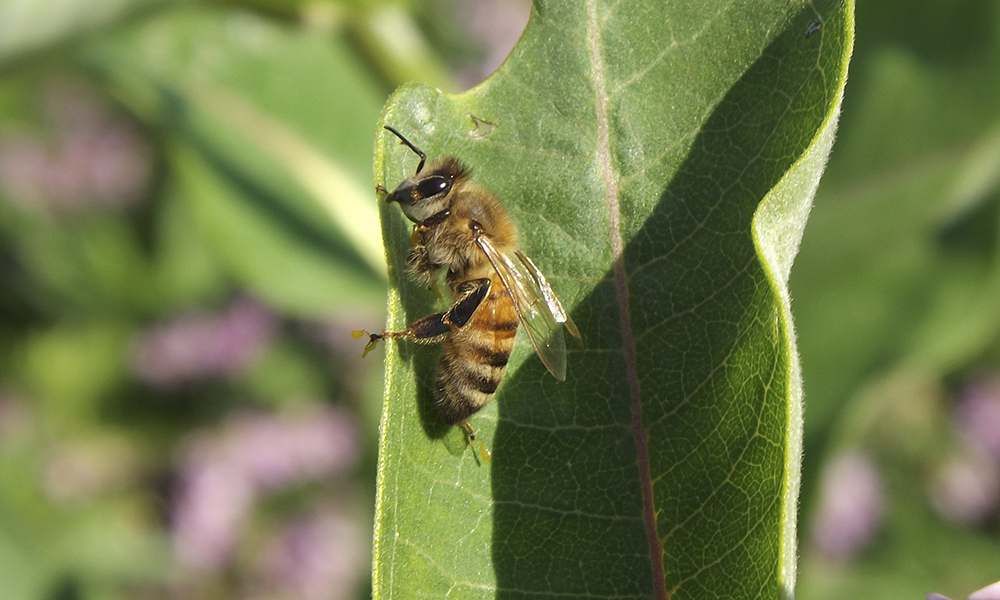 One of the more frequent questions we beekeepers are asked is “What do bees do in the winter?”

There are about 500 different species of native bees in Illinois. Among the most common are bumblebees, sweat bees, carpenter bees, leafcutter bees and orchard/mason bees. 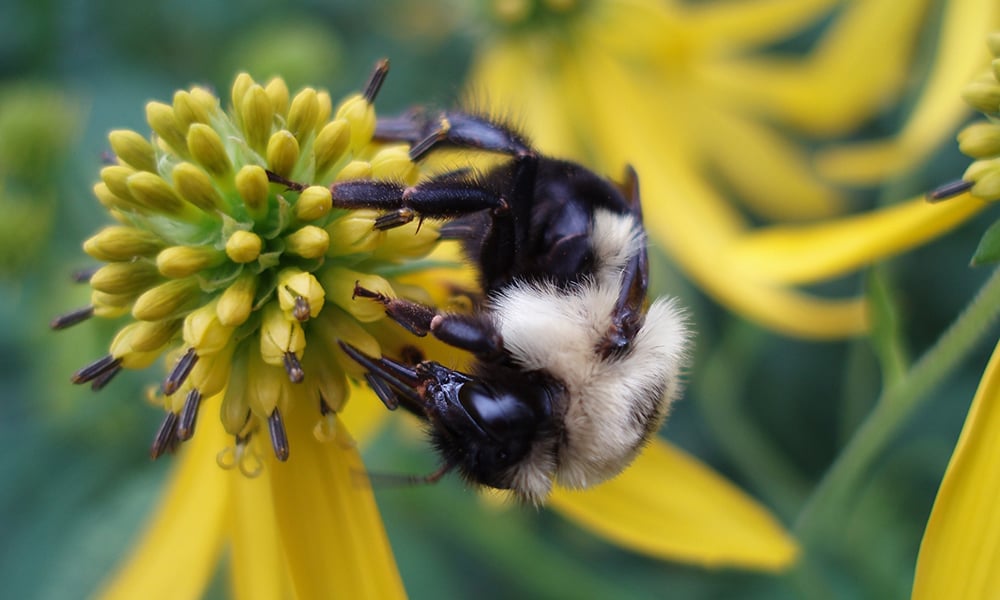 For some species the colony will die off at the end of the growing season and the queens will hibernate, mostly in holes they dig in the ground. In the spring the queens emerge and begin laying eggs to create new colonies. This is the case with most wasps and hornets as well. In other species the queen will lay her eggs in protected cells at the end of the season and they will hatch in the spring to start new colonies. 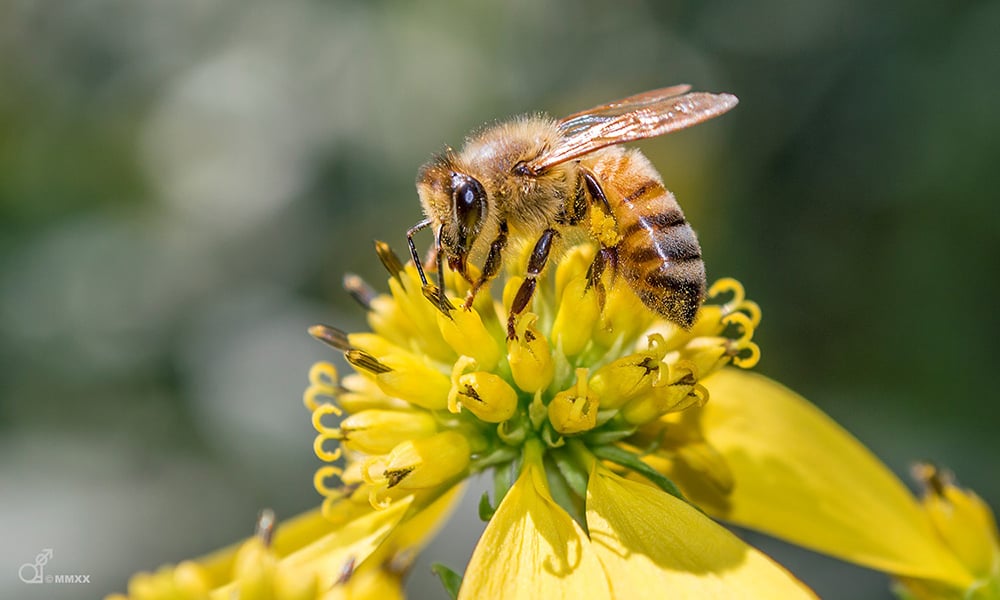 A honey bee collecting pollen and nectar from a flower. © Duane Marski

The colony prepares for winter survival in a number of ways. The male bees, called drones, exist solely to fertilize virgin queens and have no purpose in the winter. The worker bees are female and at the end of autumn they will stop feeding the drones and expel them from the hive. Unable to feed themselves, they will quickly die off.

In summer the worker bees have an average lifespan of six weeks or so. The first three weeks are spent working in the hive, and the remainder of their lives is spent foraging for nectar and pollen. Constant flying among plants causes cumulative wing damage, which ultimately results in their inability to return to the hive.

An open hive in the summer at Kline Creek Farm's beekeeping operations.

As a result, reinforcements are necessary. In autumn the queen will lay enough eggs to assure the colony has a winter population of about 20,000 bees. These winter bees will have greater body fat reserves than the bees of summer to better endure the cold.

Throughout the growing season bees gather pollen and nectar and create honey to feed themselves during the winter. A strong colony may store more than 100 pounds of honey. Foraging bees also collect tree resins to seal cracks in the hive and protect against the icy blasts of winter. 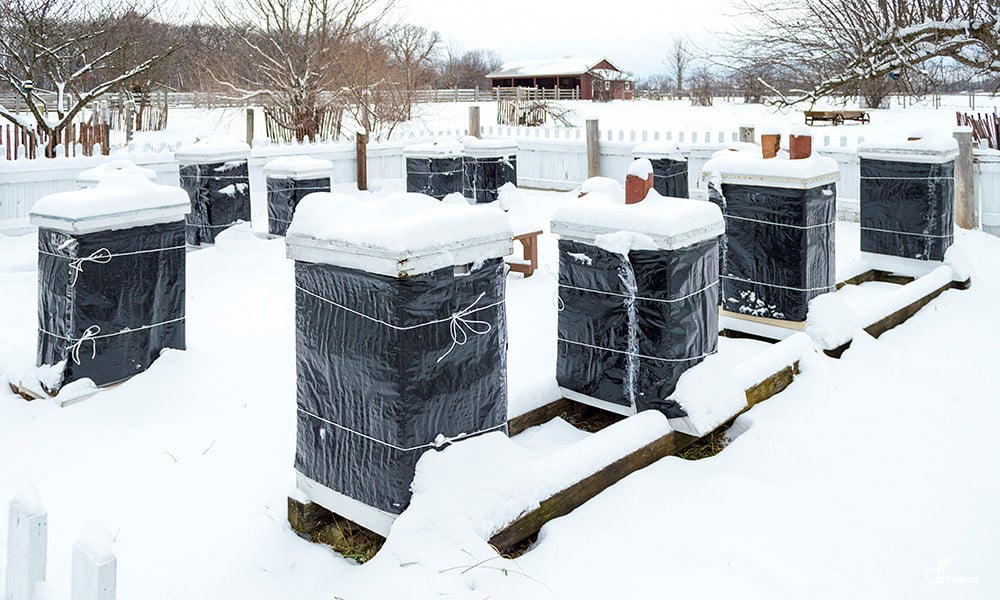 We beekeepers play a part as well. The hives are sited so they receive the maximum winter sun and are protected from prevailing winds. They are wrapped with black insulating material to absorb and maintain radiant energy. Various concoctions of supplemental feed containing sugar and additives are provided as necessary.

When temperatures fall below 50 degrees honey bees are unable to survive outdoors and will remain in the hive. They strive to maintain an ambient temperature of 59 degrees and will form a cluster when the temperature drops to 57 degrees.

The cluster is a spherical or elliptical shell of bees from one to three inches thick depending on the ambient temperature. They fill in all the spaces of the shell and create heat by exercising their wing muscles, much as you rub your hands together to warm them. If there is brood in the nursery the bees must maintain a temperature of about 94 degrees and the queen benefits from this warmth as well.

Without brood the temperature at the center of the cluster is around 70 degrees. The cluster is initially formed in the bottom of the hive and as the surrounding honey is consumed the cluster will move upward to access the remaining stores.

Honey bees are extremely mindful of hygiene and will not soil their hive except in the case of sickness. They will wait for days until the external temperature reaches the 50s before they exit the hive en masse to engage in “cleansing flights.” 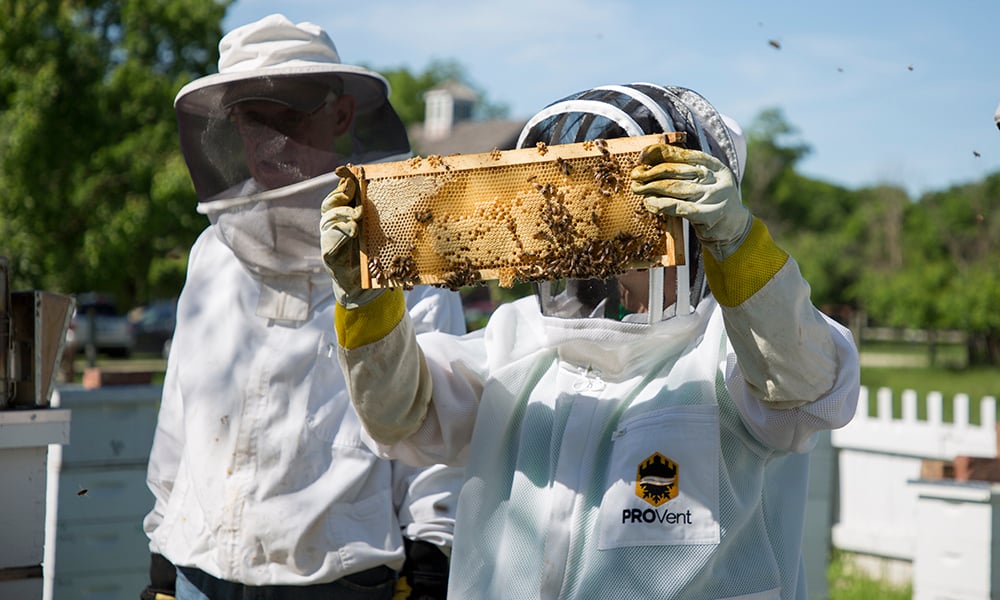 Sometime around the end of January the queen will begin to lay between 500 and 2,000 eggs per day to build up the population for the coming season. These new bees will mature in March, just in time to emerge from the hive and gather the first nectar and pollen of the new year. And the colony will have successfully survived another winter.