The warmer weather brings more people outside after a long, cold winter. But they’re not the only ones that emerge with the warmer temperatures.

So while you’re out in DuPage forest preserves looking for early spring blooms, remember to keep an eye out for these native insects that are also harbingers of spring. 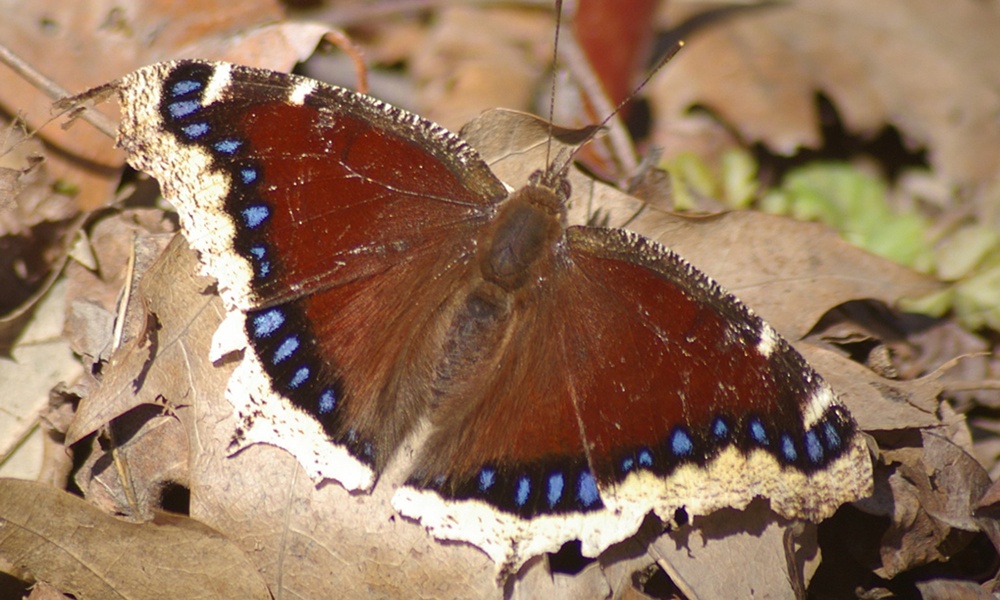 Mourning Cloak Butterfly (Nymphalis antiopa)
One of the most distinctive — and earliest — insects that can readily be seen in northern Illinois in early spring. Unlike many butterfly and moth species that overwinter as eggs or larvae, or leave the area, mourning cloak butterflies overwinter right here as adults, and can even be seen moving around on warm winter days.

Adult mourning cloak butterflies are most easily found in local woodlands beginning in March, getting ready to mate and begin the first new generation of the year. 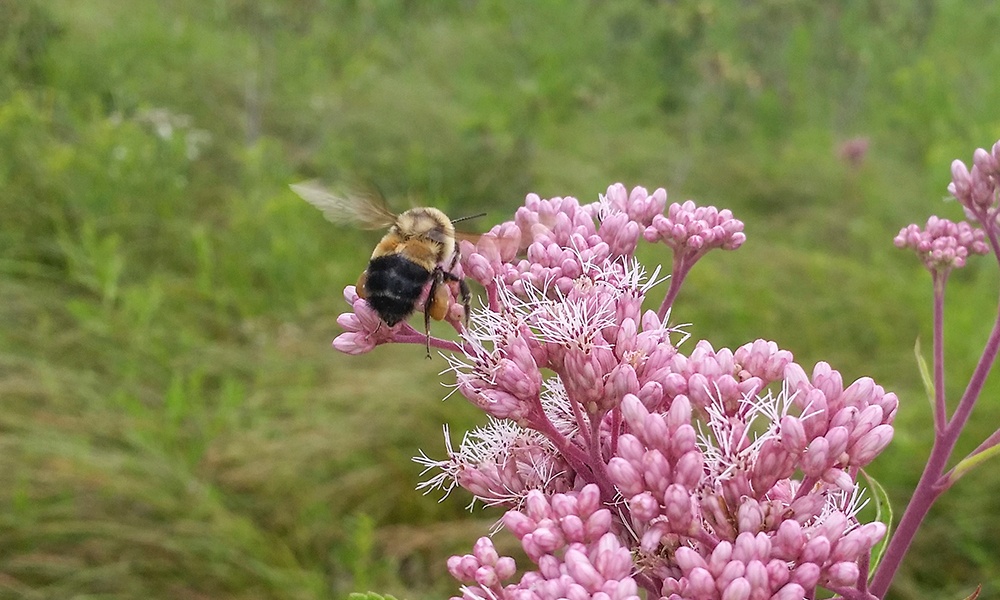 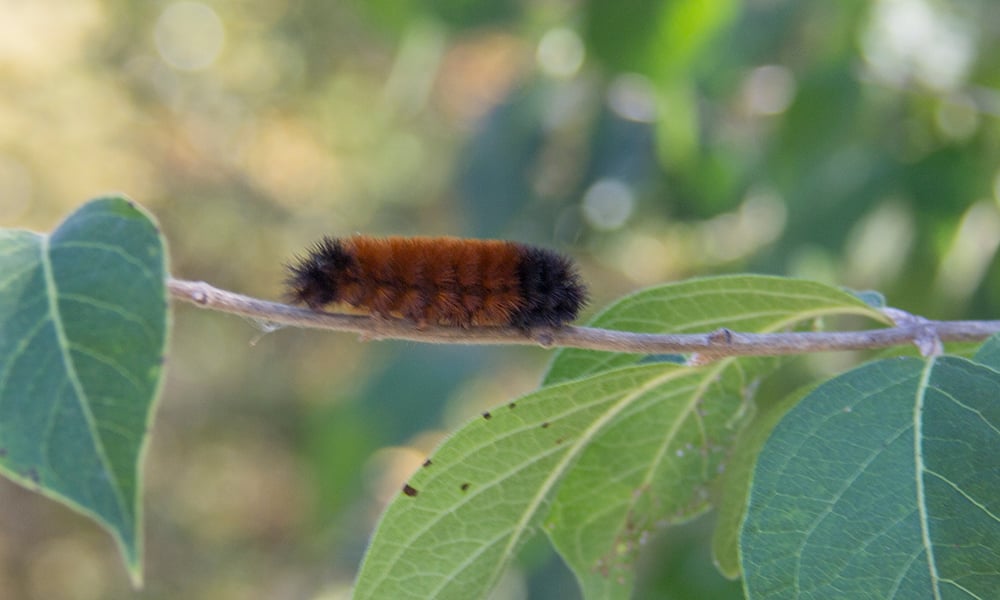 Woolly Bear Caterpillars (Isabella tiger moth/Pyrrharctia isabella)
A common species that is thought to be a predictor of winter weather. Folklore has it that if the brown band on the caterpillar is larger in fall, it means a mild winter, while larger black bands predict a harsh winter.

This species overwinters as a caterpillar with an amazing ability to deal with freezing temperatures. They pump a type of ‘anti-freeze’ throughout their bodies to protect their tissues, and then stop most bodily functions (including the heartbeat!) and freezes throughout the winter. In early spring, the frozen caterpillars thaw and resume normal bodily functions.

Polyphemus moth (Antheraea polyphemus)
Have you ever found a large brown cocoon in your yard over the winter? It may have been the cocoon of a polyphemus moth, one of the largest moth species in Illinois. These cocoons are often spun in leaf litter or low-hanging vegetation and are very conspicuous in the winter. In early spring, usually March-April, the large adult moths emerge from these cocoons and begin mating for the first generation of the year. The adults are most abundant in May-July, and can be identified by their large size and eyespots on the hind wings.

Male midges are small flies that hover in a cloud to attract females. Photo by Jean and Fred, CC BY 2.0 httpscreativecommons.org licenses by 2.0, via Wikimedia Commons

Midges (Family Chironomidae)
If you’ve ever been walking outside and suddenly ran into a cloud of hovering flies, then you’ve encountered midges.

These are male midges, flying high to advertise themselves to females. Midges are small flies sometimes called gnats or blind mosquitoes, but they do not suck blood. Instead, they feed on nectar, pollen and other sugar-rich materials.

Larval midges live at the bottom of waterways, where they dine on decaying plant materials. They’re sometimes called “bloodworms” because their pigment is similar to hemoglobin, making them look red. After emerging from the surface of ponds or streams as adults, midges live for just 3 - 5 days, and although their swarms may be a nuisance to humans, they’re an important source of food for many fish, aquatic insects, birds and bats.