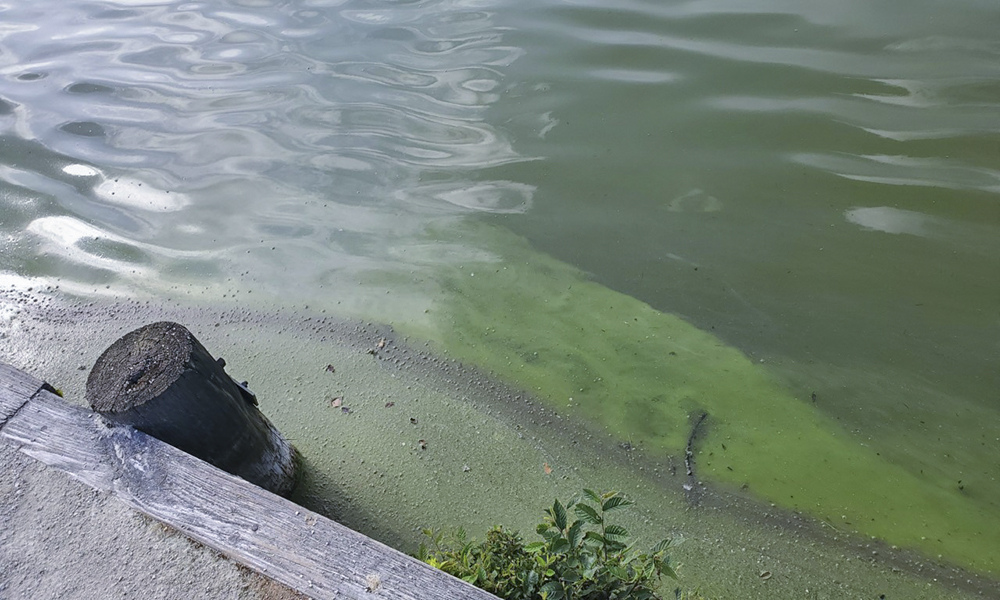 Forest Preserve District officials are looking at ways to help prevent them and mitigate their harmful effects, including the recent installation of an aeration system at Herrick Lake, a frequent site of outbreaks.

Blue-green algae, or “cyanobacteria,” are a natural part of the aquatic environment. They’re often in Illinois lakes in small or moderate amounts but can grow and reproduce quickly in warm, fresh water that’s rich with nutrients such as nitrogen and phosphorous. This rapid growth is referred to as a bloom.

Harmful blue-green algae blooms occur when the algae produce toxins, such as microcystins. In Illinois, harmful blooms typically occur June through September and can look like thick layers of blue, green, or brown scum or paint on the surface. They may also smell, especially in warmer weather. 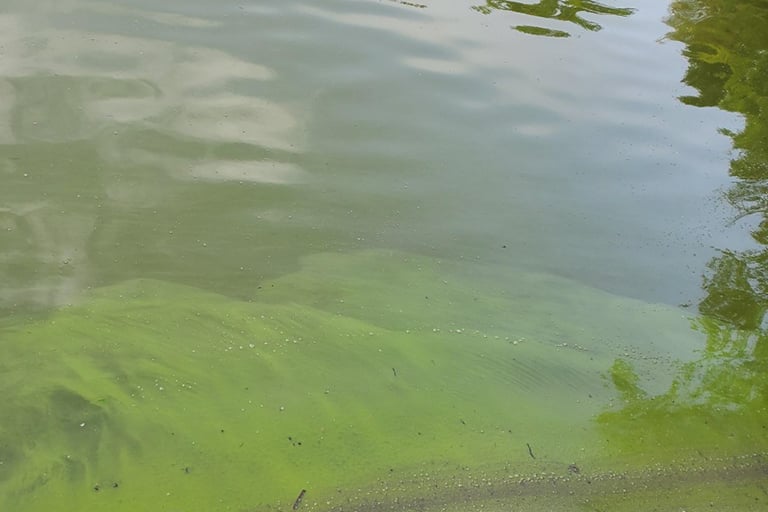 If large amounts of nutrients such as nitrogen and phosphorus (common in fertilizers from lawns and farms) wash into warm waters during heavy storms and then sunny, still conditions follow, harmful blue-green algae blooms can form.

Harmful algal blooms have been more frequent in recent years due to improved surveillance and testing and more dry, hot summers that persist into fall, creating better growing conditions for the algae species responsible for harmful blooms.

When District ecologists discover a suspected algae bloom, they conduct on-site testing. If it tests positive, the public is notified and the lake is monitored until test results come back negative. The site is continuously monitored for the remainder of the summer and fall for signs of another bloom. 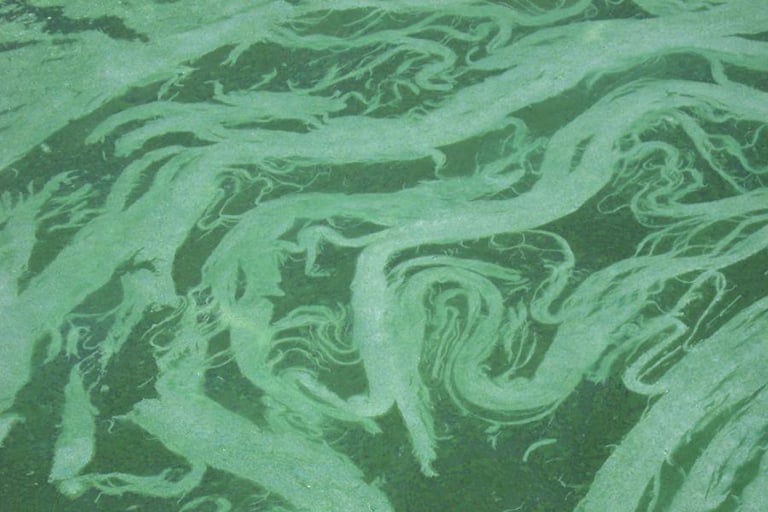 One way to prevent and mitigate harmful algae blooms is to reduce overall nutrient inputs to a waterbody. This can be done by creating buffer zones of native vegetation between turf grass, parking lots, or other manmade areas and the waterbody. This helps keep nutrients from flushing into waterbodies during rain events.

If there’s nothing in between the water and the manmade structures or manicured turf grass, nutrients, sediment and more wash directly into the lake, pond or river. Buffer zones made up of native grasses, sedges and shrubs help catch excess water and allow sediments and nutrients to “settle out” before reaching the water.

Another way to help stem harmful algal blooms is to plant desirable riparian and aquatic vegetation along the shoreline near the water. This desirable vegetation will decrease the nutrients available for algae to grow. This process takes time and is not guaranteed to stop blooms, but it will help limit their frequency.

And finally, installing a diffused aeration system, like the one recently installed at Herrick Lake, is also generally an effective tool to hinder harmful algae blooms. Diffused aeration circulates water and increases oxygen within the water column, which hinders algal colonies from forming and growing. Algae blooms are less common in turbulent or windswept waters.

Increased oxygenation of the water column also increases aerobic respiration of dead plant and animal materials, which helps cycle organic nutrients through the system rather than leaving them available for uptake by algal species. 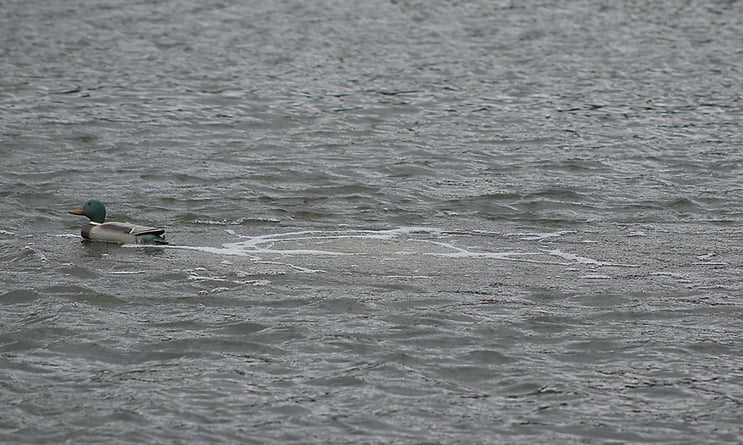 The surface bubbles near this duck decoy are the result of an underwater aerator installed to increase oxygen levels at Herrick Lake.

The new system at Herrick Lake is designed to operate 24/7 and is marked by duck decoys. People renting boats on the lake should steer clear of those decoys and the diffuser lines.

Drawbacks to the diffused aeration approach include cost, maintenance and installing the correct-sized system.

There are many things to consider when trying to reduce or eliminate algae blooms, but a comprehensive and flexible approach will help ensure success.

Dan Grigas is an ecologist in the Natural Resources department at the District. He has a B.S. in natural resource management from Northland College and an M.S. in aquaculture and fisheries from the University of Arkansas at Pine Bluff. As the District’s fisheries ecologist, he works to provide sustainable game and non-game fisheries within District water bodies for the conservation of these species and recreational opportunities for the public. At home, he enjoys spending time with his wife and three kids, taking family fishing trips, and teaching his children about all things outdoors.