Show Some Loving for Opossums

Show Some Loving for Opossums 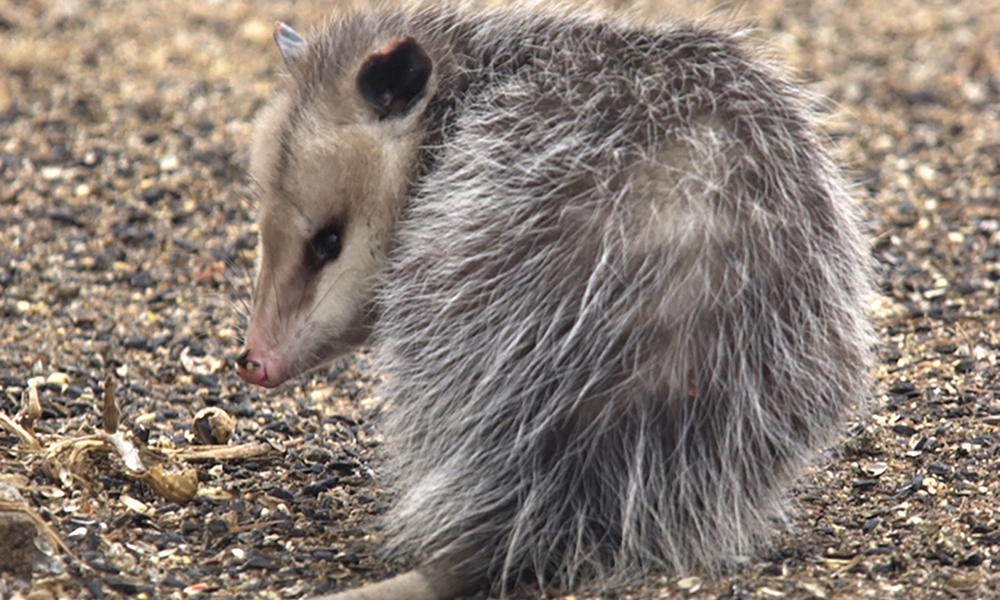 The Virginia opossum (Didelphis virginiana) probably won’t win any popularity contests based on its looks.

With its beady eyes, a scaly hairless tail, and sharp-toothed grin, it roams forest floors, neighborhoods and your backyard at night in search of food.

But let’s take another look at these misunderstood marsupials. They actually have some really amazing features, including ridding your yard of pests. So show some love for opossums by celebrating their unique role as nature’s clean-up crew.

The Virginia opossum is the only marsupial native to North America. Well-known marsupials of Australia include kangaroos, wallabies, and koalas.

Marsupials are the only animals that carry their young in a pouch. Their young are born after only 12 to 14 days. Resembling pink jelly beans, the babies crawl into the mother’s pouch where they can safely continue growing for 55-60 days.

When the young get big enough to leave the pouch, they climb on their mom’s back and are carried around for another 4 to 6 weeks. If separated, baby opossums will make a sneezing noise to signal their mother, who makes a clicking sound to help the baby find her. If threatened, the baby will open its mouth and quietly hiss until the threat is gone.

Opossums are nocturnal omnivores. Their big dark eyes and long whiskers help them see in the dark. They eat just about anything, including carrion (dead animals), overripe fruit on the ground, grubs, and insects. Opossums frequently eat pests like cockroaches, rats, mice, and ticks that can carry infectious diseases. With their nomadic tendencies, opossums cover a lot of ground and clean up a lot of pests every night. 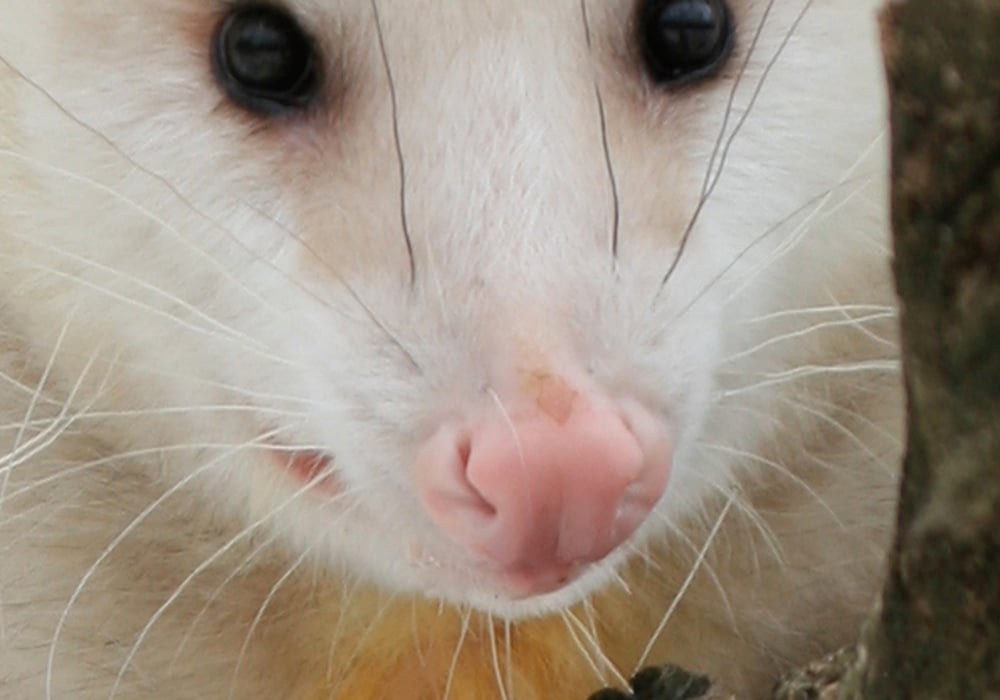 Opossums’ hind feet have an opposable digit with no claw to grasp branches while climbing, similar to how a human thumb can wrap around an object for a better grip. A prehensile tail acts as a fifth limb to curl around branches and other objects while climbing and helps with balance. Opossums even use their tail to carry bunches of leaves or other nesting materials back to their nest. Baby opossums will sometimes even hang from their tails.

If an opossum feels threatened, its defenses are limited. It will “play possum,” an involuntary response where its body goes limp, it foams at the mouth and emits a foul-smelling odor to appear sick or dead, making it a less appetizing to a predator.

It may also open its mouth wide and hiss, which may look intimidating with its 50 teeth — the most of any North American land mammal. But they are generally not aggressive and are more afraid of humans than humans may be of them. It’s best to avoid cornering an opossum or any wild animal by giving them enough space to move away.

Opossums get a bad wrap because of their looks, but they’re somewhat vulnerable. Their scaled tail and delicate ears can actually get frostbite in the winter, which can cause permanent skin damage. As opossums age, they get more grizzled in appearance, yet those looks are well-earned because of all the amazing things opossums do. 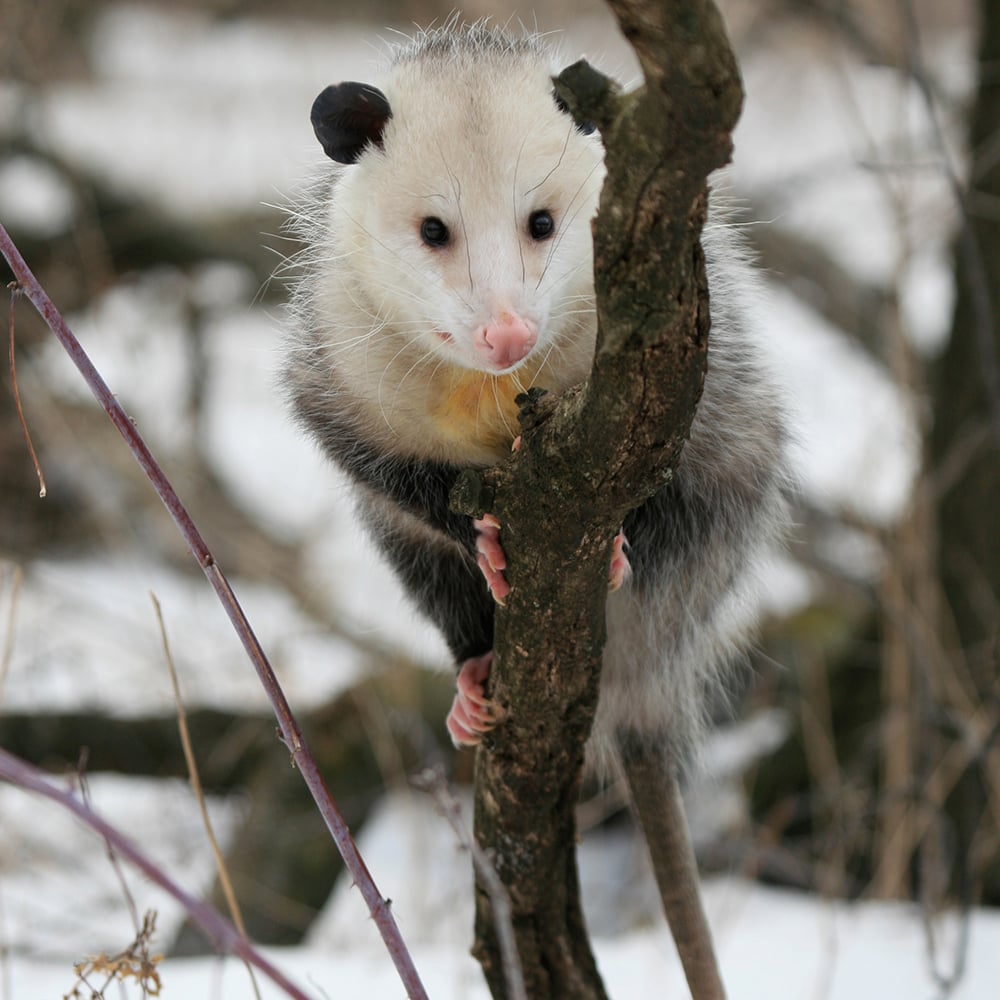