What is that loud, bugling call high in the sky? It's sandhill cranes (Antigone canadensis) on their fall migration! (Hear samples of their distinct calls on Cornell University's "All About Birds" website.)

Sandhill cranes typically begin to migrate from October through December depending on weather.  In the summer months, sandhill cranes are generally found in the northern part of the Unites States and throughout Canada. A few can even be seen in DuPage County forest preserves. In winter, they retreat to warmer southern states like Texas and Florida. 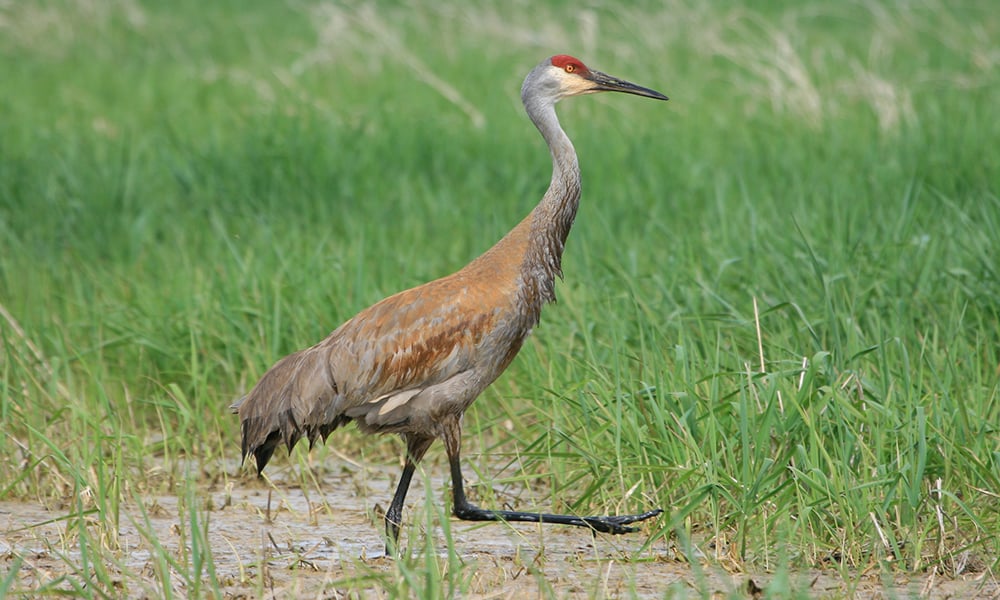 A Sandhill crane wades through a DuPage forest preserve wetland during the warmer summer months.

Sandhill cranes stand about 4 feet high, have long, slender necks and have a red crown with pale, white cheeks.

These cranes migrate in groups and can cover an average of 200 miles in a single day during migration by using thermals, or updrafts of warm air, to gain elevation and glide great distances. 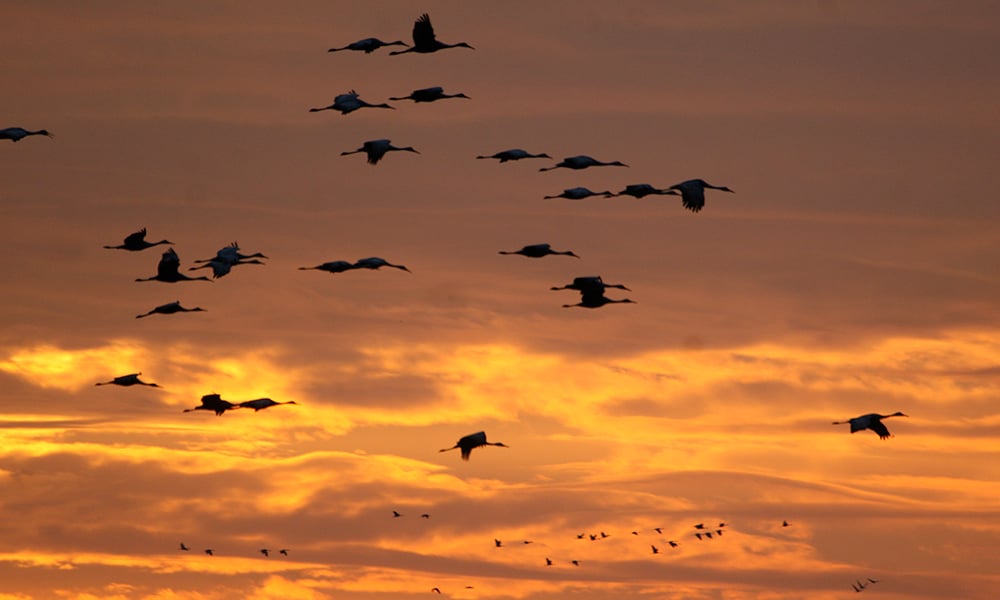 A flock of sandhill cranes heading south for the winter

One major stop in the sandhill crane fall migration is not very far from DuPage County. Jasper-Pulaski Fish and Wildlife Area in neighboring Indiana is a sandhill crane hot spot in mid-November through December. Thousands of noisy sandhills fly into Goose Pasture in a single day. The best time to view these birds is just after sunrise or just before sunset. They tend to gather in a field to sleep together.

Sandhill cranes' wingspans can measure more than five feet. These large birds fly with their long thin necks stretched out before them and their black legs and feet trailing behind.

Sandhill cranes are a conservation success story that should be celebrated. Before the Migratory Bird Treaty Act of 1918, sandhill cranes were hunted and had disappeared from most Midwestern states. In the 1930s, Wisconsin had only two dozen breeding pairs of sandhill cranes. Today, the Midwest population is booming with an estimated 90,000+ cranes. 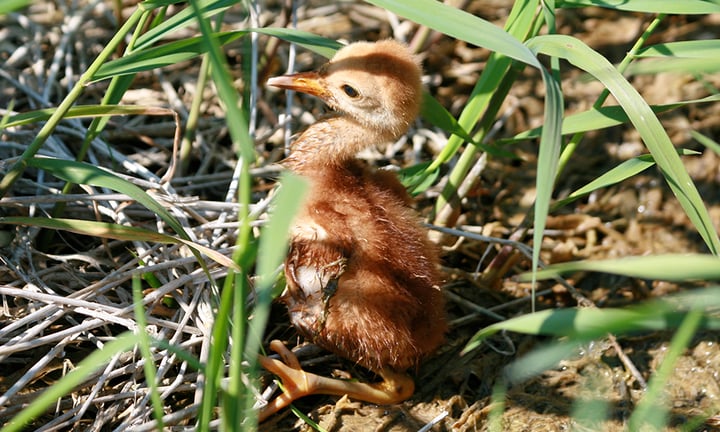 Sandhill cranes, which breed for life, have nested in several DuPage forest preserves in recent years. The young will stay with their parents for up to 10 months and accompany them during migration.

Sandhill cranes have done a wonderful job of adapting to living in harmony with humans, and humans have returned the favor by restoring many important habitats that cranes depend on such as wetlands and prairies.

Next time you look up and see a flock of sandhill cranes migrating, I hope it brings a smile to your face to realize what a treat it is to view this majestic sight. 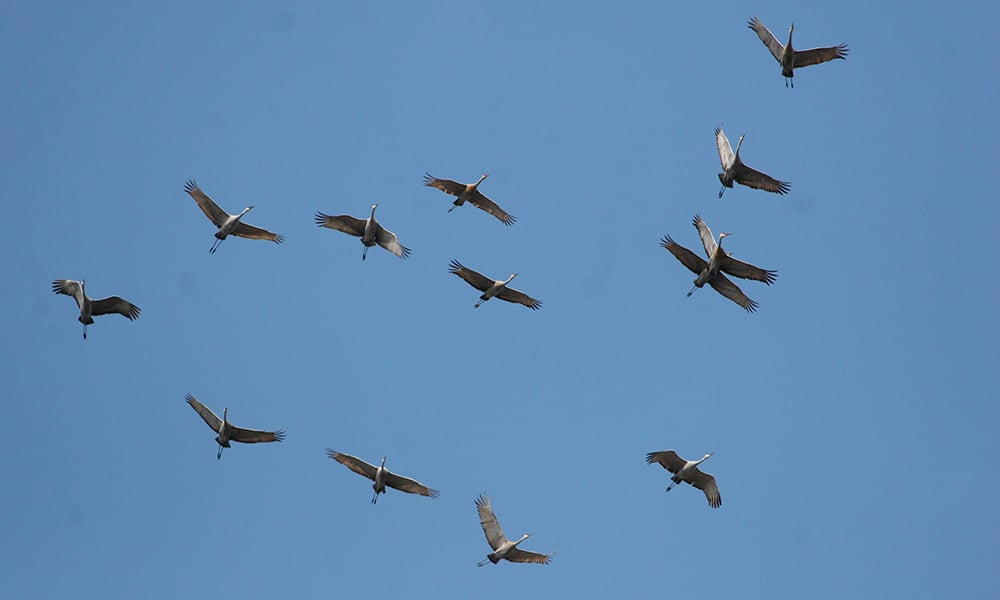