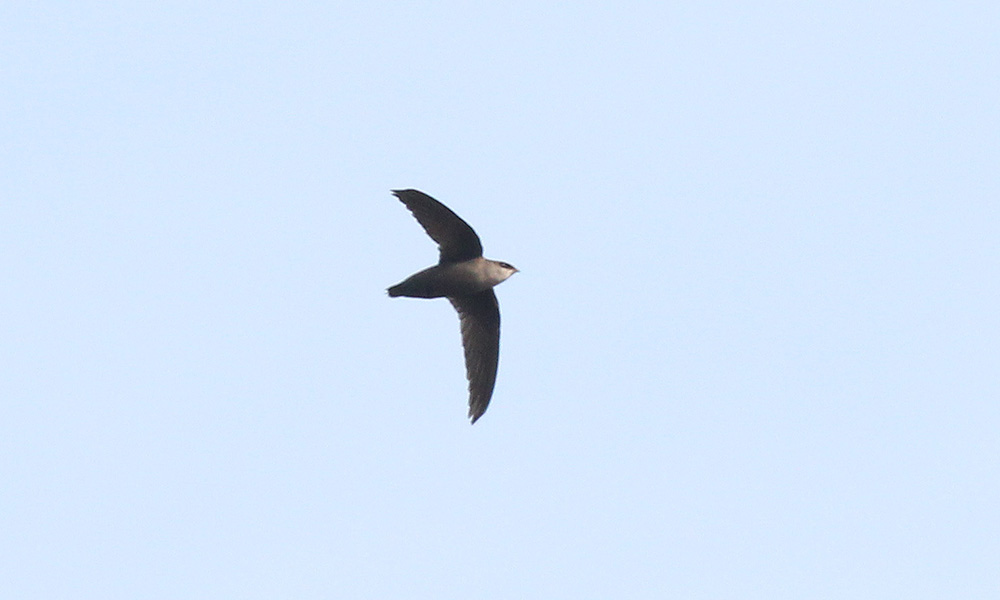 Have you ever seen something fluttering in the air that looks like a cigar with wings? Is it a bat? Is it a bird? It’s likely a chimney swift.

Chimney swifts are spectacular little creatures that many folks don’t know much about. They’re a dark, sooty gray color with small, short bodies and slender, curved wings. Chimney swifts are summer visitors to DuPage County. They arrive in late April from South America and head back there by November for the winter months.

Chimney swifts exhibit fascinating aerial abilities and spend almost their entire lives in the air. Their feet consist of tiny front-facing claws or toes that allow them to cling to vertical surfaces but not perch on a branch or flat surface like most birds. This is why they depend on chimneys and hollow trees to sleep and nest.

This also means they must eat, drink, bathe and gather nesting material while in flight. Chimney swifts eat one-third of their weight in insects each day, all while in the air. Watching a chimney swift fly low over a pond and dip its beak in for a drink is a fun sight. 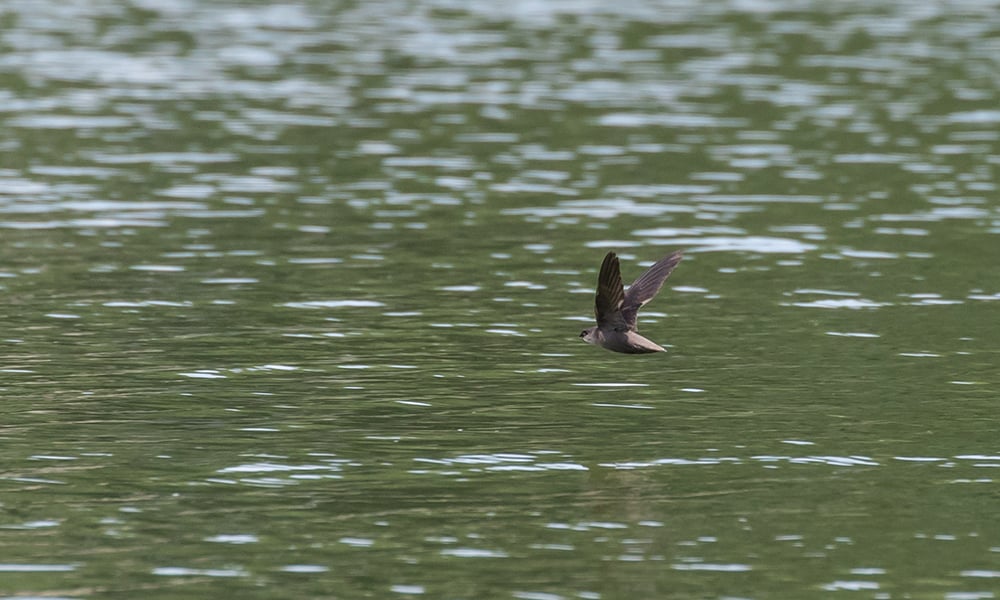 Chimney swifts get their common name for their preferred nesting site and speedy flight. Large groups of them will roost, or sleep, in the chimneys or shafts of large buildings. Nesting pairs of swifts use smaller residential chimneys to build their nests. If a chimney swift makes a nest in your chimney, there’s no reason to be alarmed. The nest will not cause a fire or spread disease. Chimney swifts are legally protected under the Migratory Bird Treaty Act and should be left alone until nesting season is over. 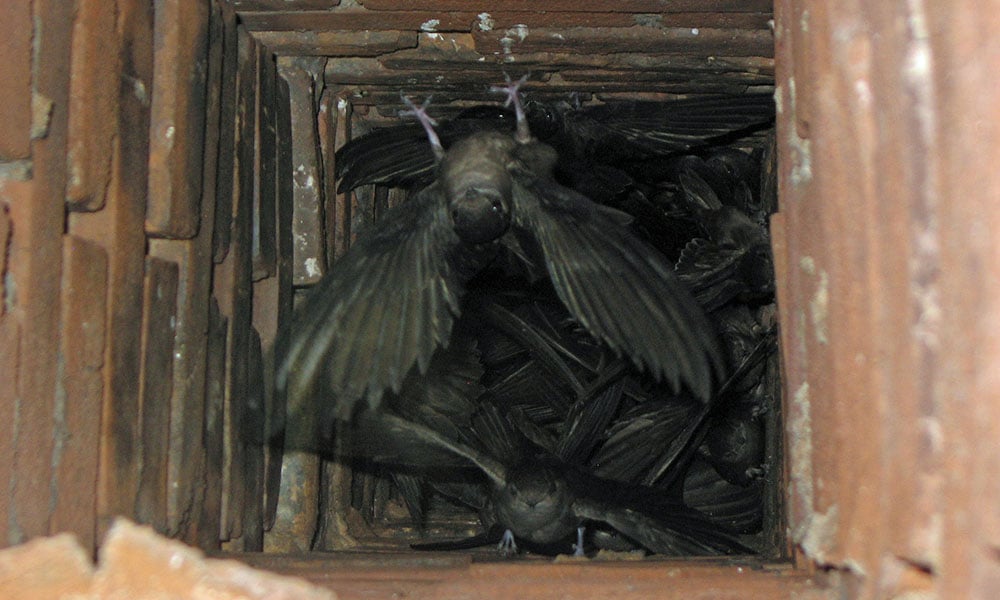 Chimney swift populations have dropped about 80% in Illinois and 50% nationally due to habitat loss like chimneys and hollow trees. Conservation groups have recognized this decline and have installed chimney swift towers — essentially false chimneys that are about 12 feet tall with a 14-inch-square interior the birds can use for habitat — to help boost their populations. You can see a local chimney swift tower at Cantigny Park in Wheaton. 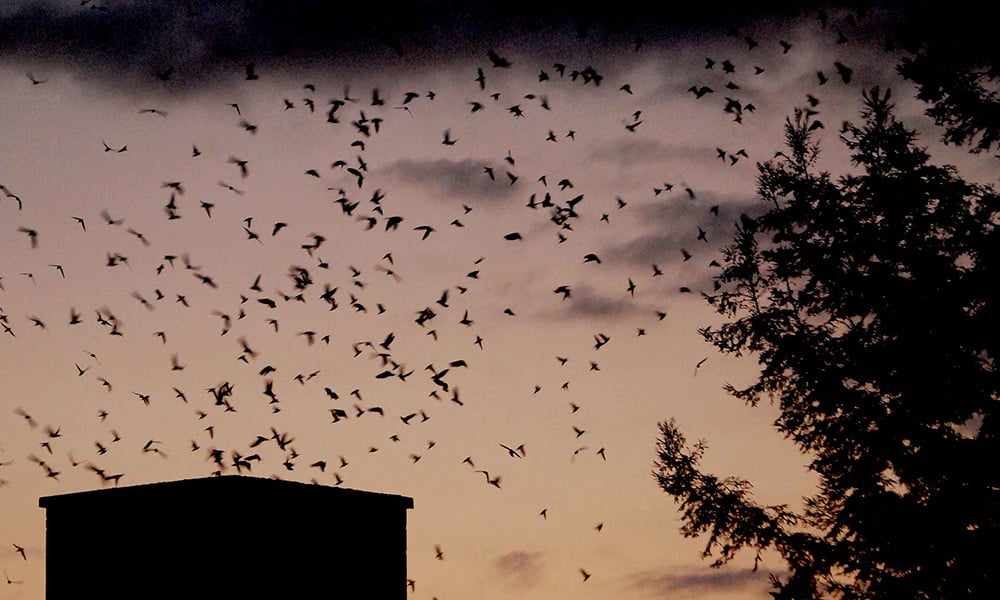 It’s not hard to tell the difference between a chimney swift and a bat in flight if you know what to look for. Both have short and erratic flight patterns, but chimney swifts flap their wings very quickly and sort of scoot all over the sky. Time of day also offers a big hint for determining which flier you’re seeing. Chimney swifts sleep at night while bats are nocturnal and, therefore, active. While bats are leaving their roosting locations at dusk, chimney swifts are just returning home. Another way to tell them apart is sound. Chimney swifts often make a very high-pitched chattering noise when they’re flying. On the other hand, humans seldom hear bats making much noise.

Next time you see a small creature fluttering in the sky, see if you can tell if it’s a chimney swift or a bat!