Herrick Lake is home to an impressive variety of wildlife. Ecologists have recorded more than 254 types of year-round and migrating wildlife among the preserve’s 470 different types of plants.

The main entrance is on Butterfield Road approximately 1 mile west of Naperville Road. The youth-group cabin and the south parking lot are on the east side of Herrick Road south of Butterfield. 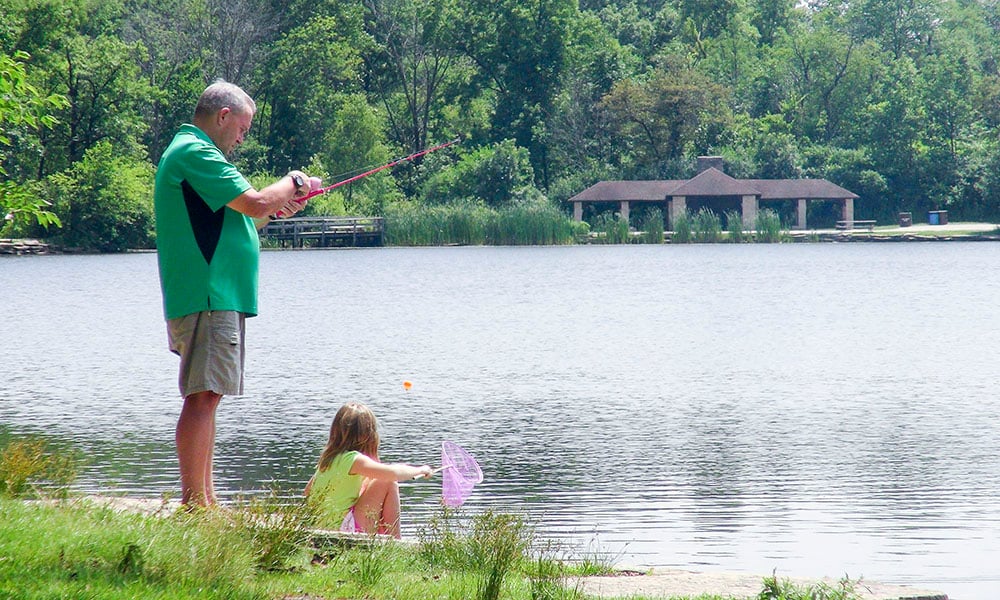 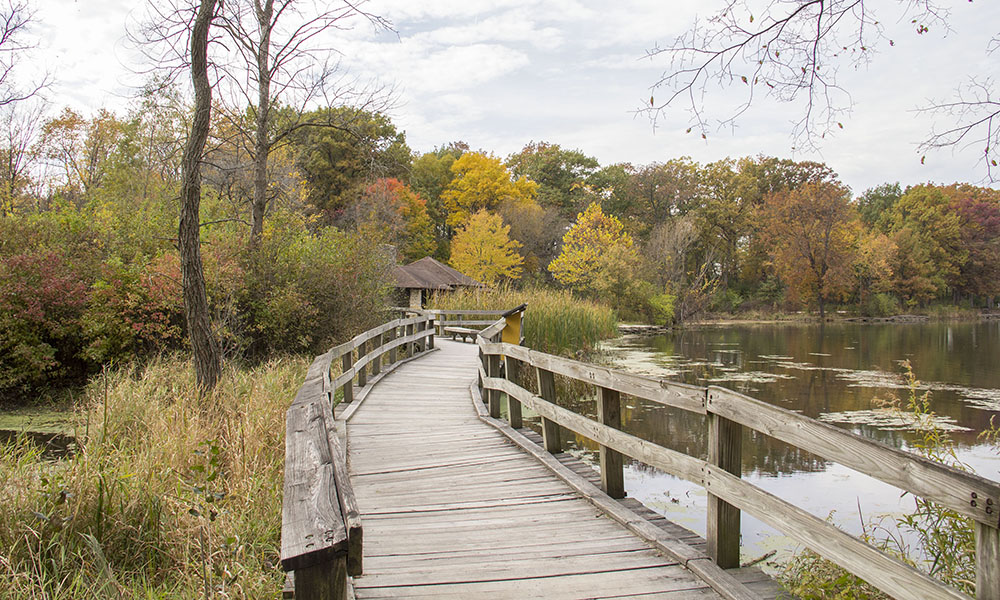 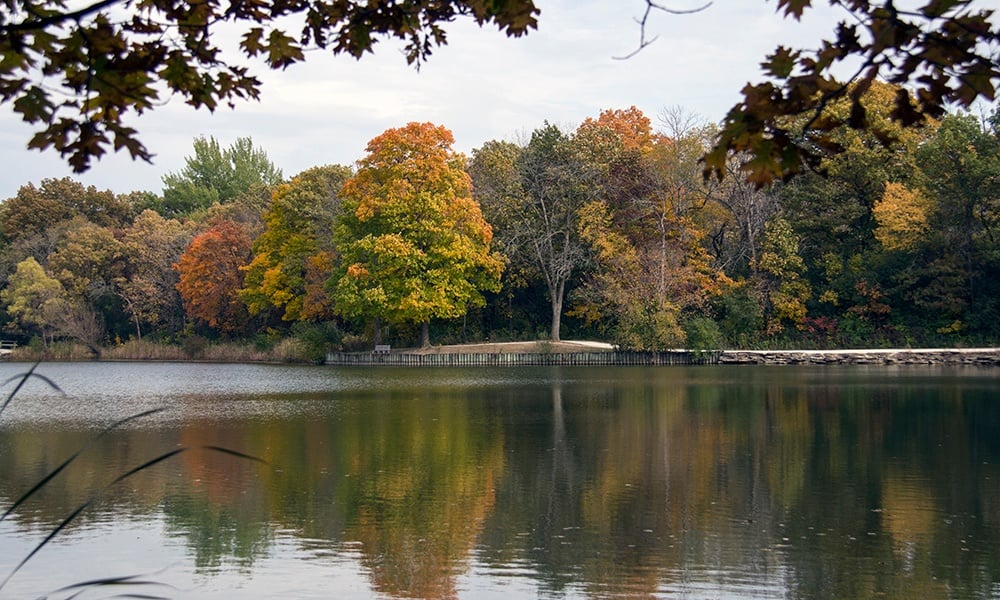 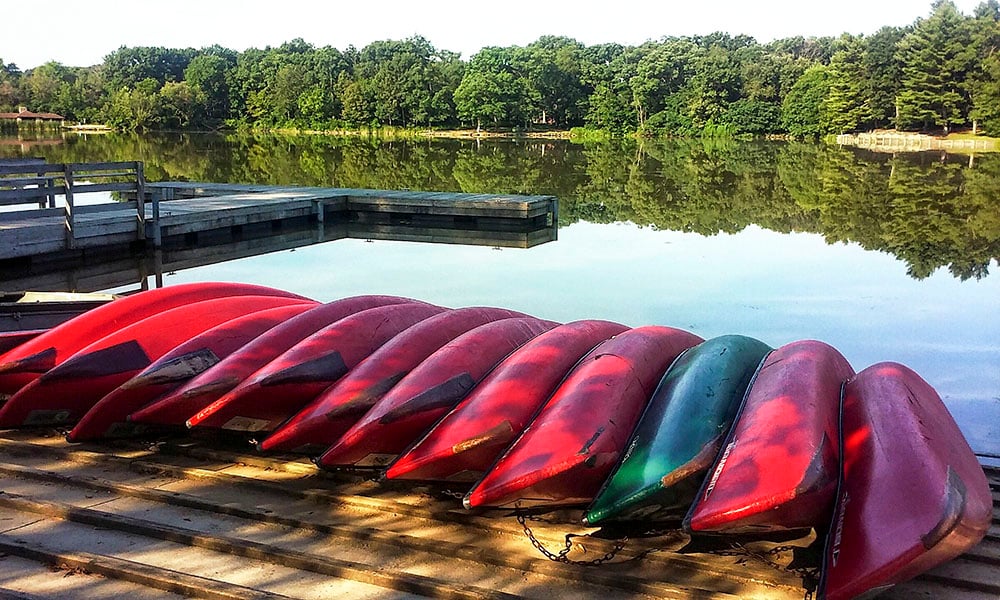 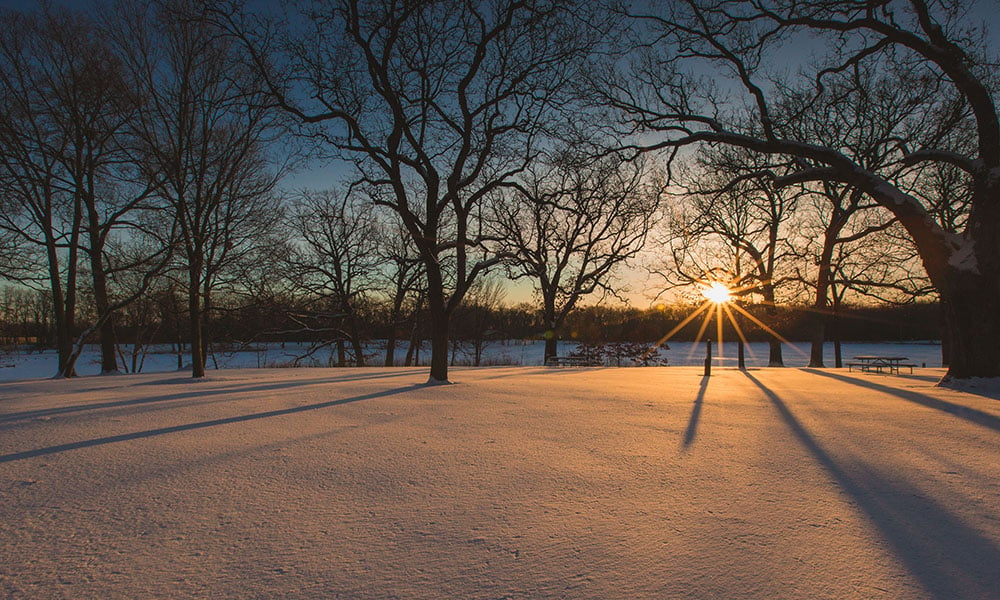 Hikers, bicyclers, horseback riders and cross-country skiers can enjoy more than 7 miles of trails, including a section of nationally designated Danada-Herrick Lake Regional Trail. A path around the lake connects both parking lots to the picnic grounds and the trailhead, and additional trails cut through central and southern parts of the preserve.

If you're bringing a horse trailer, please park it at the south lot on Herrick Road and do not ride along the lake trail or in developed recreational areas, such as picnic sites or the grounds around the youth-group cabin.

Herrick Lake has dozens of picnic tables and grassy areas where you can spread a blanket. Ground fires are not allowed, but you can bring grills. (The preserve has hot-coal containers for charcoal.)

Groups can reserve the east, west and south shelters and the west picnic area as well. Details are on our Picnicking page.

Explore Herrick Lake from the water by renting a canoe, kayak or rowboat by the hour May – September.

Herrick Lake's youth-group cabin accommodates up to 26 campers and has its own picnic tables and fire ring.

The cabin is open year-round but is for the exclusive use of youth groups, which are defined as recognized, nonprofit organizations whose members are 17 or younger. Only members of qualifying groups with their accompanying leaders may camp here.

We offer two-, four or eight-hour packages on weekdays (Tuesday after Memorial Day – Friday before Labor Day). A ranger-led archery program is included with an eight-hour package and as an add-on with four hours. View our "Have It at Herrick" page for package details, rates and other information.

After the retreat of the Wisconsin Glacier, the land that is now Herrick Lake Forest Preserve grew into prairies with scattered woodlands. For thousands of years, different groups of indigenous people passed through the area, some to hunt and move on, others to settle for various periods of time. The last of these groups to call this land home was the Potawatomi, who had settled in the area by the late 1600s. Their well-traveled trails served as the basis for Butterfield and Warrenville roads.

Around the time of the Treaty of Chicago in 1833, which moved the Potawatomi west of the Mississippi River, Ira Herrick moved near the small settlement of Wheaton and built his homestead in a densely wooded parcel that surrounded a small marshy lake. This marked the beginning of the land’s agricultural period, which lasted more than 100 years. Old fencerows, woodlot edges and fields of European grasses still stand in the preserve as remnants of this era.

In 1925, the Forest Preserve District of DuPage County purchased 90 acres of the original Herrick homestead. From the mid-1950s through the 1970s, additional scattered acquisitions expanded the preserve.

Have It at Herrick!