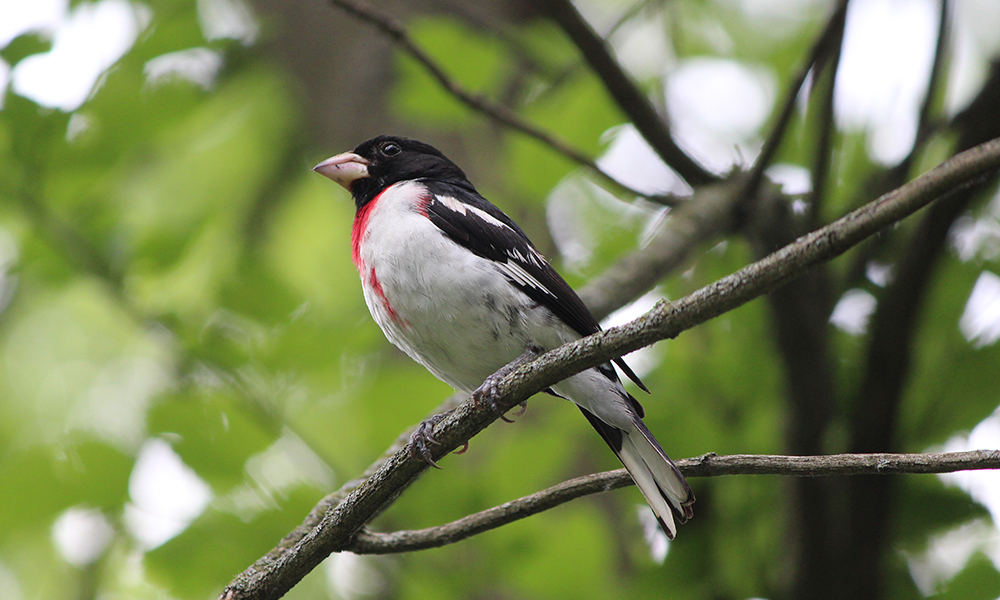 Many DuPage County birdwatchers participate in a “Birding Big Day,” where they try to observe as many species of birds as possible in one day within a determined geographical location.

Some birdwatchers compete against friends, while others try to break 100 species of bird in one day.

Hours of planning can go into the day. Selecting the best route that includes diverse habitats is key to observing many different species of birds. Fortunately, DuPage forest preserves offer great birdwatching habitat. 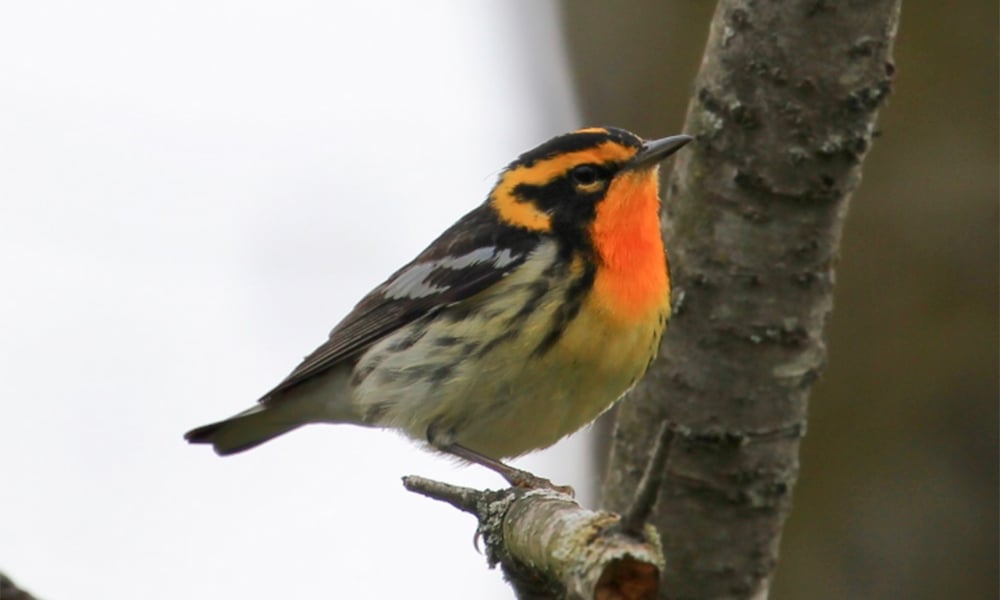 Knowing what species of birds are found in DuPage County at specific times of year is also important in the planning process. Often, the success of a big day comes down to decisions made before the day even began. Nevertheless, there are exceptions. 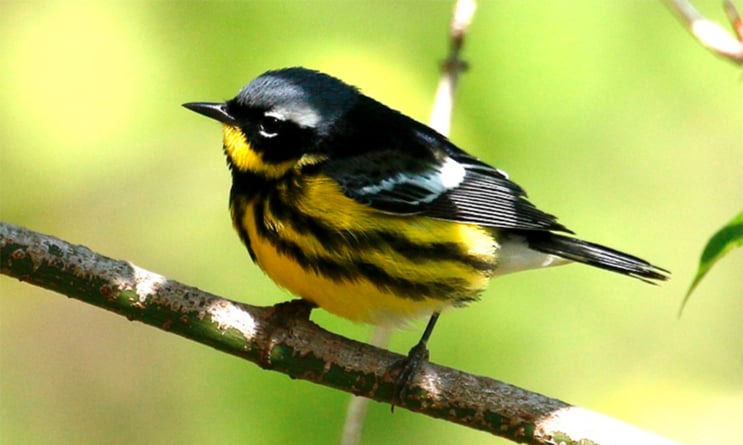 The morning of May 15 gave way to a phenomenon known as “fall out.” After a steady week of strong northerly winds, many birds had been delayed in their northbound migration. The evening of May 14 brought a change in the winds, and birds really pushed northward with a strong tailwind from the south.

However, a severe storm that included some torrential rains accompanied that southerly wind. As the storm caught up to the birds, they were forced down to the ground to wait it out. By 7:30 a.m. on May 15, the storm had passed, and that was just about the time I pulled into the parking lot of Elsen’s Hill at West DuPage Woods Forest Preserve in West Chicago. 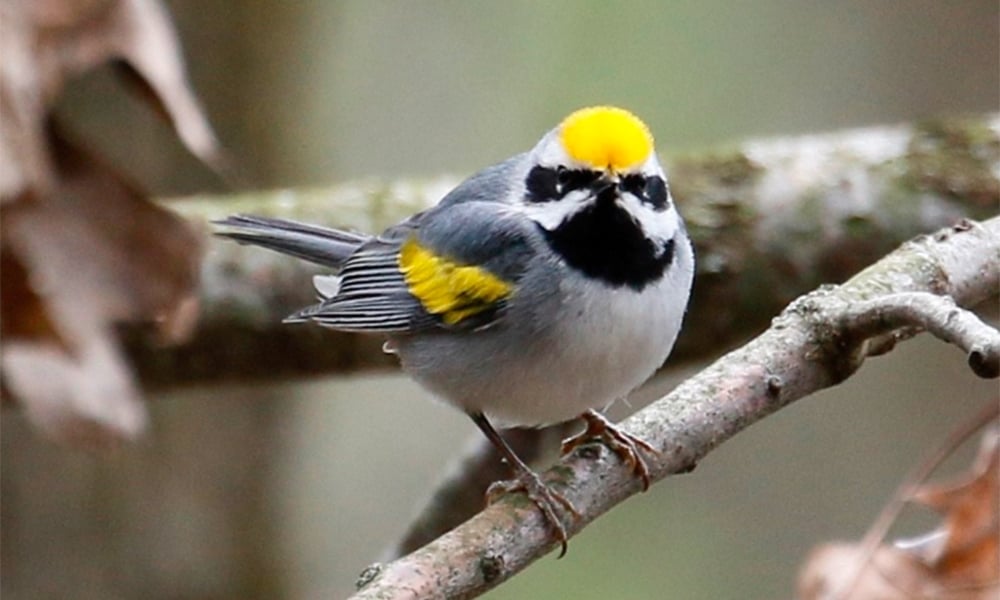 That morning, I had planned to take a short hike through Elsen’s Hill with no real expectations of what birds may be present. But stepping out of the car, I experienced fallout for the first time. The parking lot was absolutely teeming with downed birds. Warblers and vireos bipped and hopped through the trees, high up and low. 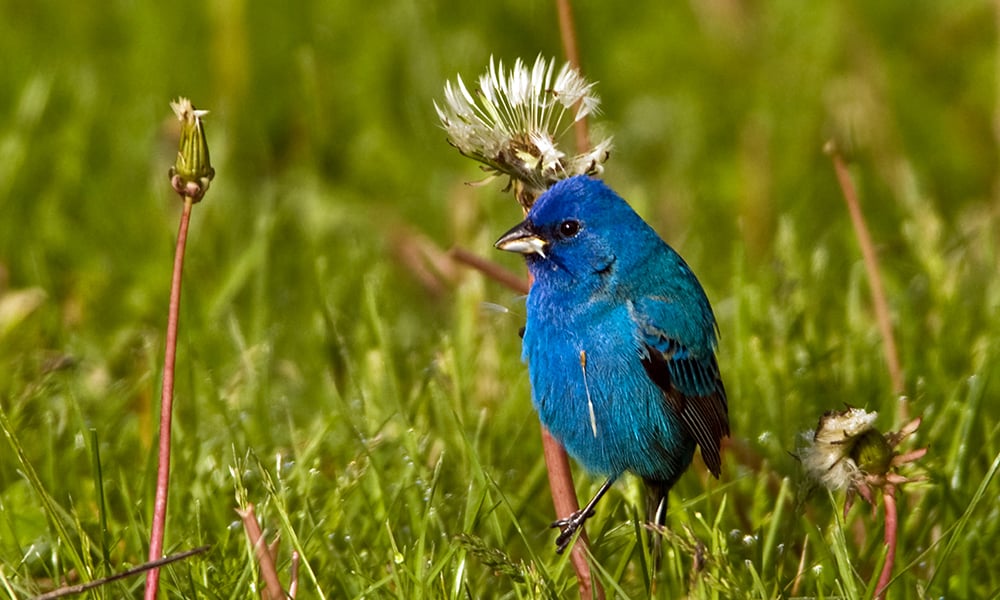 Their songs carried across the parking lot from all sides. Thrushes and catbirds foraged on the ground. Indigo buntings chased each other, their deep blue catching the light like sapphires. Before I even stepped foot on the trails, I had observed 44 species of bird, albeit, many were only heard. 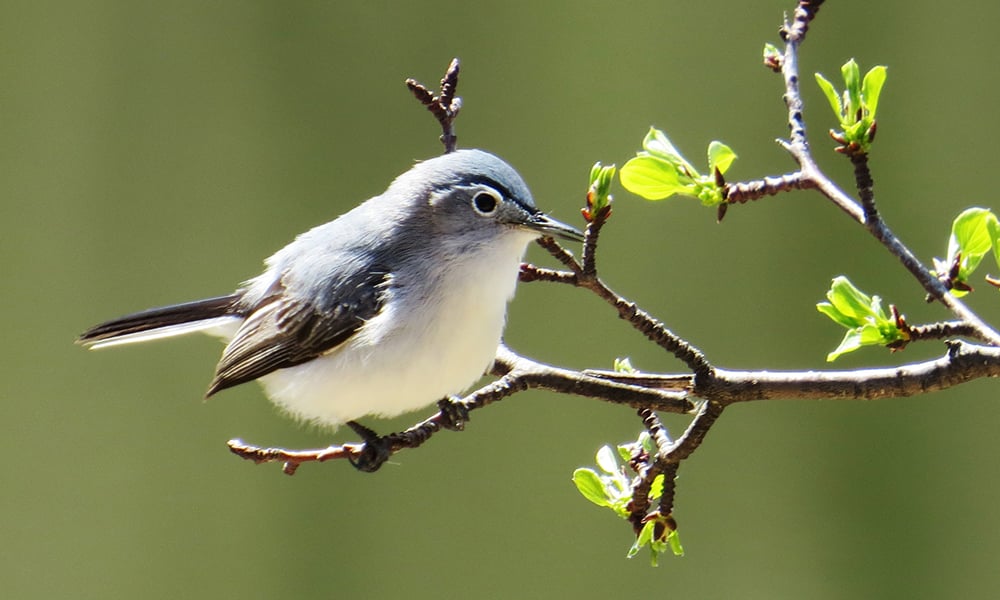 The next three hours of my morning were spent walking along scrubby edges where flycatchers were catching midges, Northern waterthrush were scanning ponds’ edges, and green heron were foraging. I walked through the oak savannah where warblers were feeding on caterpillars with such a frenzy and fervor that they did not seem the least bit bothered by me. 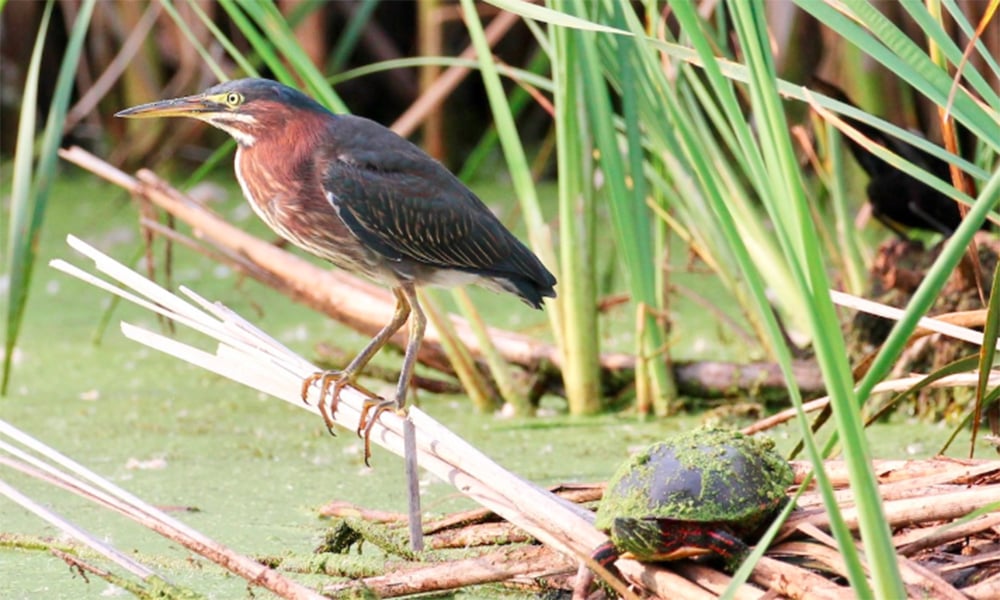 I observed an unusually high number of many species of warblers: particularly, 34 ovenbirds were found, a site single-day record. Uncommon tufted titmouse, mourning and Connecticut warblers were conspicuous. 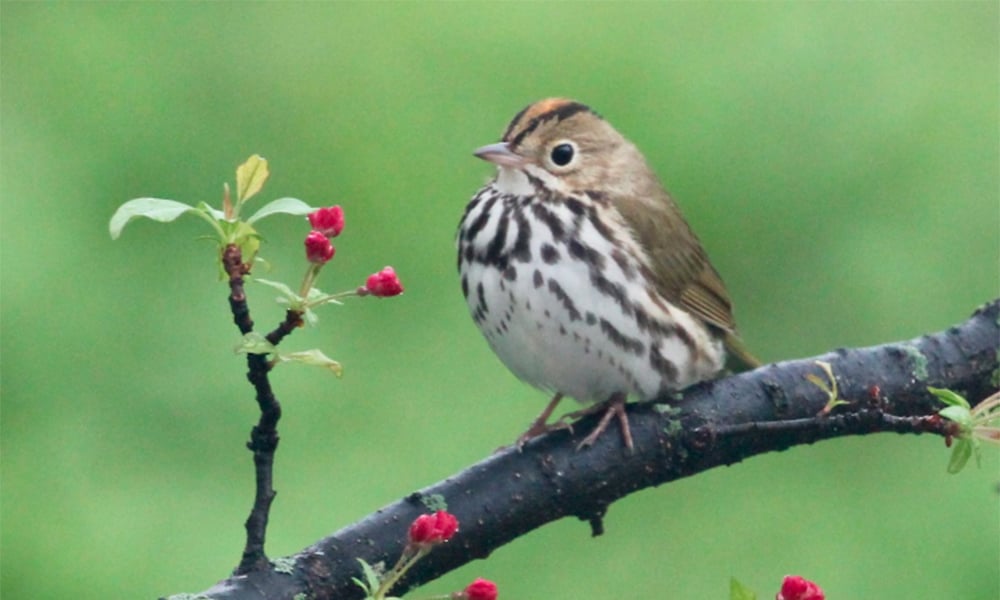 I was even lucky enough to hear and get a glimpse of a rare cerulean warbler. Any day you find a cerulean warbler is a good day. By the end of the morning, I had seen and heard 84 species of bird at Elsen’s Hill. 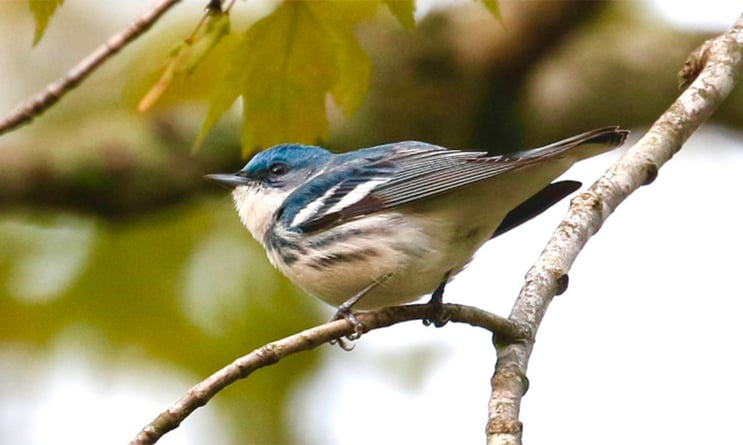 After lunch, I figured out that I had never seen 100 species of birds in the DuPage forest preserves in one day, so I decided that I would turn my successful morning endeavor into a really big day. I decided to go for a short walk through the grassland and wetlands at Pratt’s Wayne Woods Forest Preserve in Wayne because those habitats are not well-represented at Elsen’s Hill. 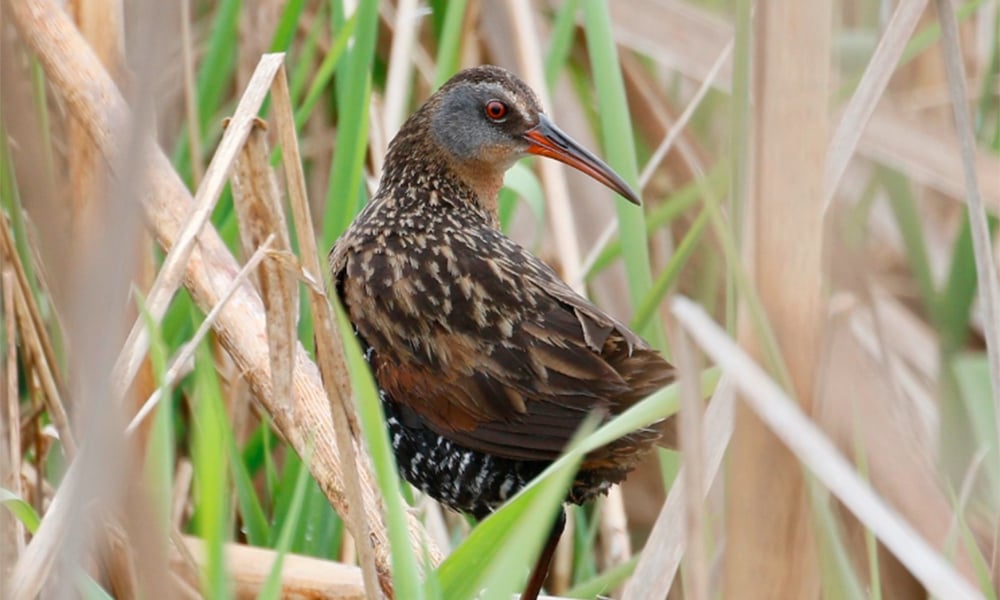 The wetlands added waterfowl, rails and a state-endangered Common Gallinule to my day’s total. A walk through the preserve’s prairie quickly added singing meadowlark, bobolink and sparrows. Before long, I had eclipsed 100 species for the day! 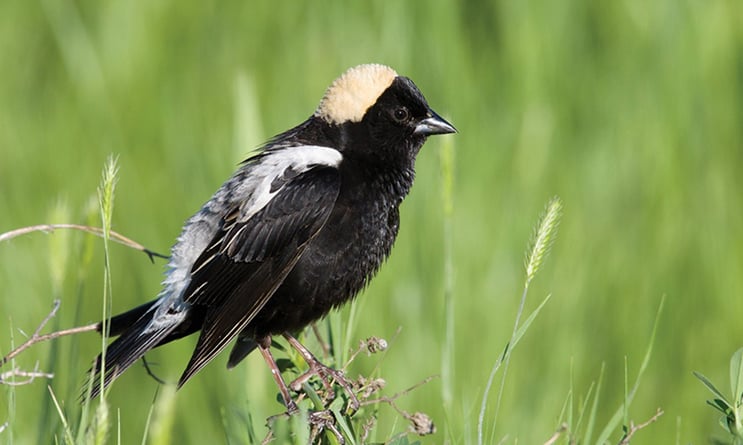 As I drove home, a common nighthawk was flying over West Chicago Prairie Forest Preserve in West Chicago. That brought my total to 109 species of birds observed in DuPage forest preserves in one day! 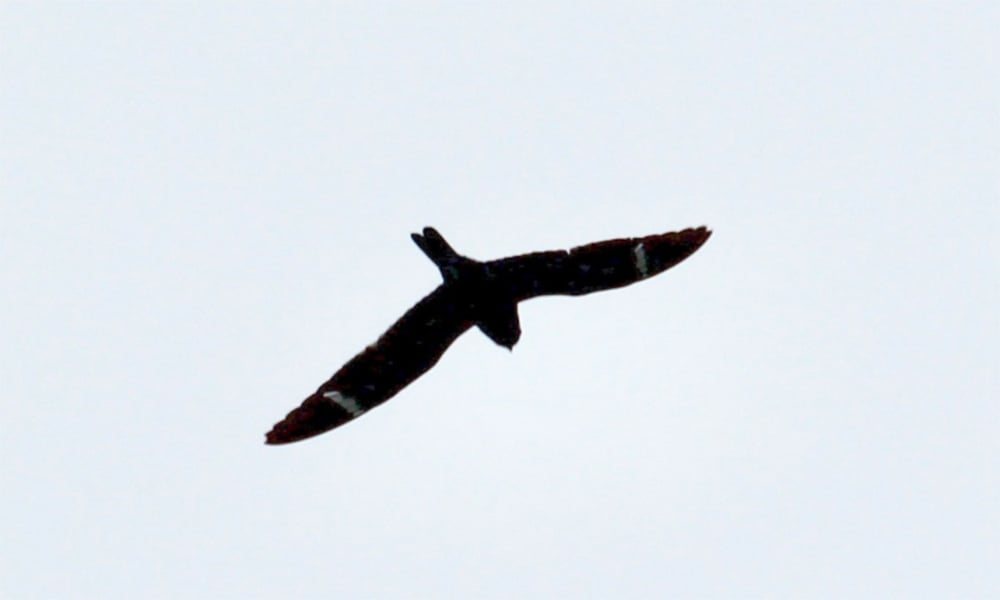 Although I still had hours of daylight left and could have probably added 10 or 20 more species, I decided to call it quits. After a good day of birding, you have to appreciate all the beautiful birds you saw, the neat behaviors observed and the wonderful songs heard. I don't often do big days, but every now and then I have a big day.

Glenn Perricone is an environmental interpreter for the Forest Preserve District. He enjoys teaching natural history through hands-on experiences and you’ll often see him at STEM events or student-engagement fairs. He has a B.A. in biology and is working towards his M.A. in biology with a focus on community-based conservation and experiential learning.