A Decade of Studying the Baltimore Checkerspot Butterfly

A Decade of Studying the Baltimore Checkerspot Butterfly

Populations of the Baltimore checkerspot butterfly have grown from little more than 100 to 1,000 in the more than 10 years DuPage Forest Preserve District ecologists have been studying, nurturing and protecting the rare butterfly.

Working in partnership with the Peggy Notebaert Nature Museum, District ecologists launched the Baltimore Checkerspot Butterfly Project in 2010 to gain a better understanding of their population size and conservation status, as well as use the species as a model study organism to analyze the success of the Forest Preserve District’s ecological restoration practices.

During the study, District ecologists marked individual butterflies each summer using modified mark-recapture methods developed by Ehrlich and Davidson in 1960 (Read more about this method and how it was developed in the Journal of the Lepidopterist’s Society).

Ecologists used a fine-tipped indelible marker to give each captured butterfly a unique number, identified its sex and recorded the location where they were captured. Once recorded, they were released unharmed back to their habitat. 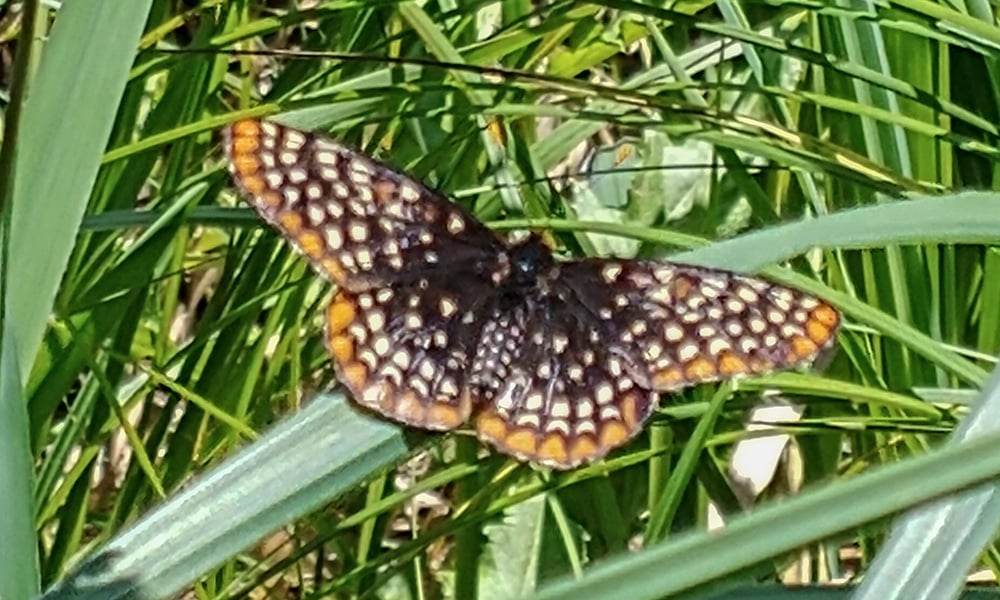 At the start of the project, Baltimore checkerspot population estimates hovered in the low 100s to 200s, which is very small for an insect population. District staff decided to help increase the number of available host plants for the butterfly in a nearby patch of high-quality habitat where host plants were in very low numbers and the butterfly had never been observed before. 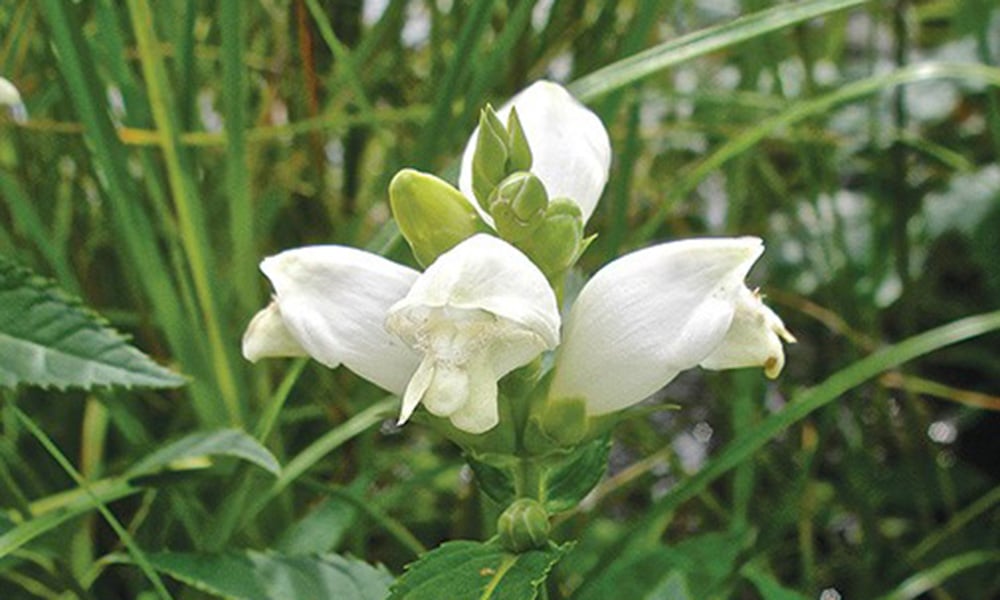 Additional host plants were planted in 2012 as ecologists continued monitoring the population. The goal was to reduce the chance the population would go extinct from a catastrophic event (late frost, massive flood, wildfire, etc.) by helping to expand it to adjacent habitats.

Baltimore checkerspot populations continued to fluctuate over the next 7 years of the study. It took five years for them to find and start eating the host plants that were planted in the nearby patch. From there, the population grew significantly and reached a record 1,200 adult butterflies in 2019. 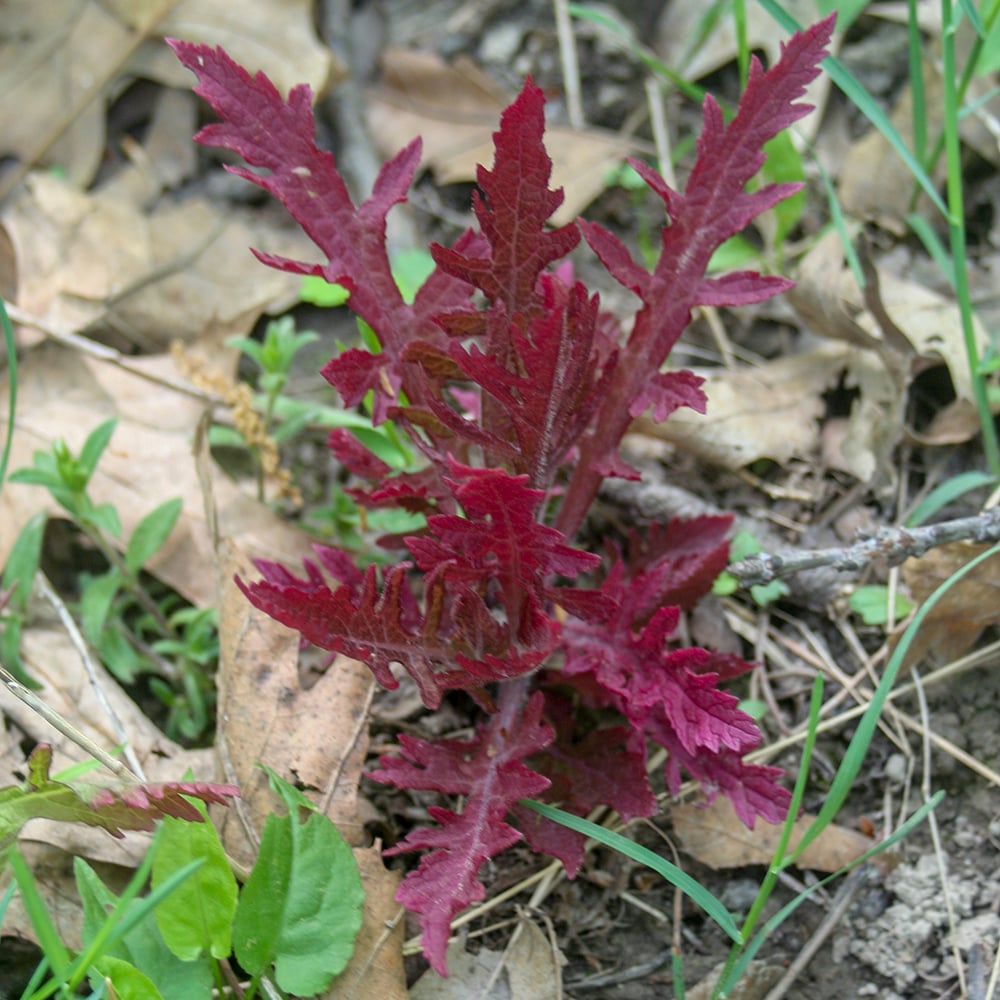 Some might wonder why it took so long for the butterflies to find the new host plants. Baltimore checkerspots usually occur in clumps or colonies and do not often venture out to colonize new habitats.

This behavior is very different from other butterflies like the monarch butterfly, which can travel hundreds of miles from its overwintering grounds to find suitable host plants. From the data collected on the number of crossings individual butterflies made between the core habitat and the new patch, District ecologists determined the Baltimore checkerspot’s dispersal rate is very low. 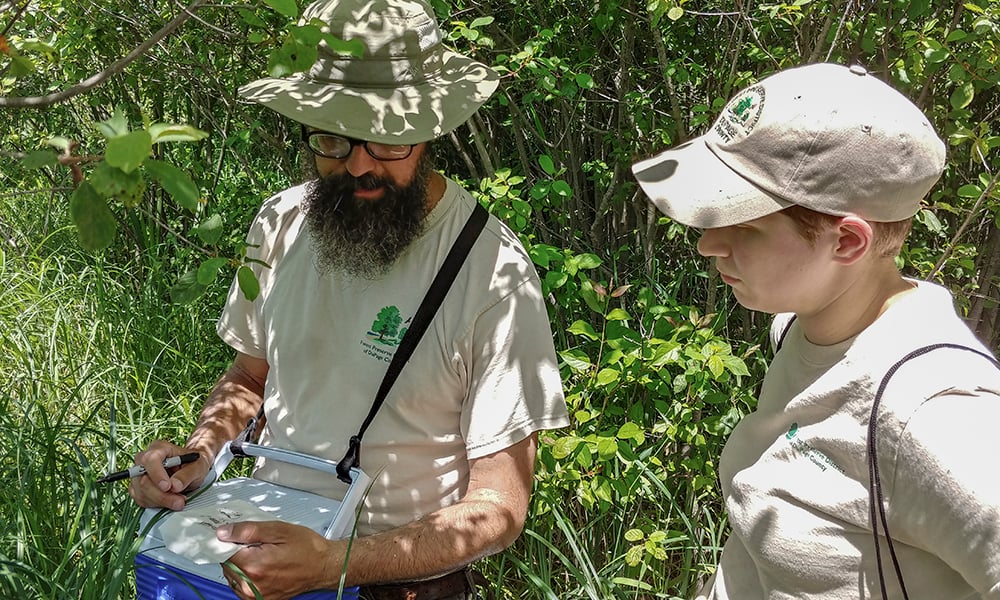 In later years of the study, when we regularly captured and marked more than 300 butterflies, only 21 of these marked individuals would migrate from the core to the newly planted patch. More importantly, four of these were egg-laying females, so there was only a 1% chance that the new habitat would be colonized in a given season.

These are some low odds, which could be why it took so long to occur naturally. It’s especially interesting to note that the core and the new patch are only 600 feet apart from each other. It took the butterfly 5 years to move 600 feet! 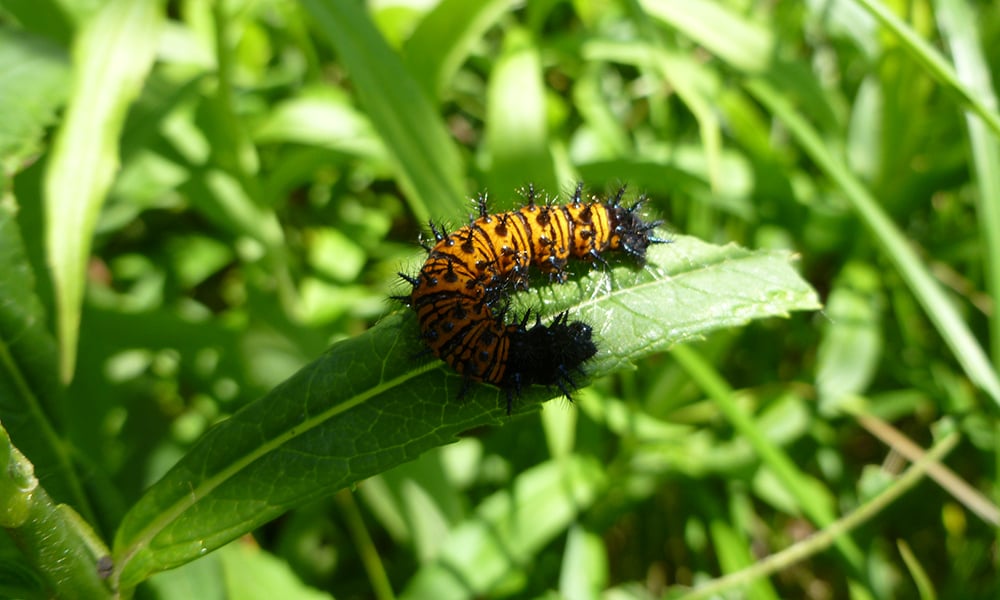 For Baltimore checkerspot butterflies, the main lesson appears to be if you build it, they will come, but it has to be nearby to habitat already occupied by the butterfly, of good quality, and well managed (using fire and other invasive plant control methods).

Another important lesson learned is that it takes time to see the benefits of restoration — especially with wildlife. We know ecological restoration and management can have a positive effect on the plants and animals that inhabit our forest preserves. Sometimes the positive effects are immediate, but this is rare and probably not noticeable to the general public.

We also wanted to study these effects to understand the influence of our habitat restoration efforts so we can adapt them as we learn more about ecosystem functions. A good way to do this is by conducting a scientific study of a model organism like the Baltimore checkerspot — a species that is relatively easy to find, identify, capture, and handle without too much harm. 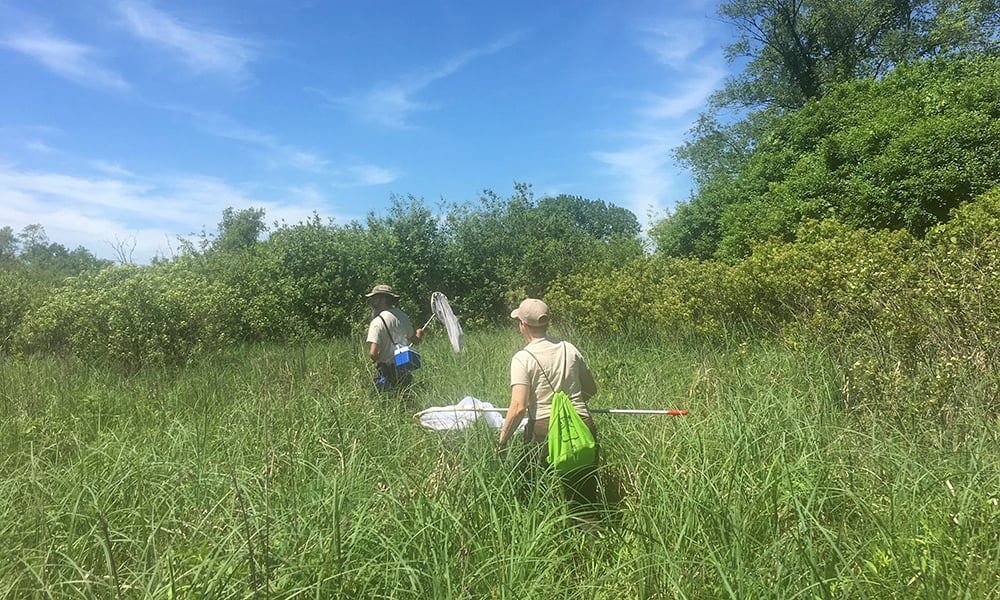 Model study organisms are those that have been extensively studied by other researchers in the past, so that general knowledge about their natural history is comprehensive. Because they are relatively easy to survey, we can use these species to discover new information about biological processes of both the individual species or use this information to help us understand the successes of natural resources management and how these organisms respond to management. (Other good model study organisms include yeast, fruit flies, mice, and worms.)

Additional observations confirm that the Baltimore checkerspots are still doing well at both the core and restored habitat patches in a DuPage forest preserve. It’s too early to tell if they’ve expanded beyond this area to other parts of the preserve, however.

But one thing's for sure, District staff will continue to study and learn from these amazing creatures. 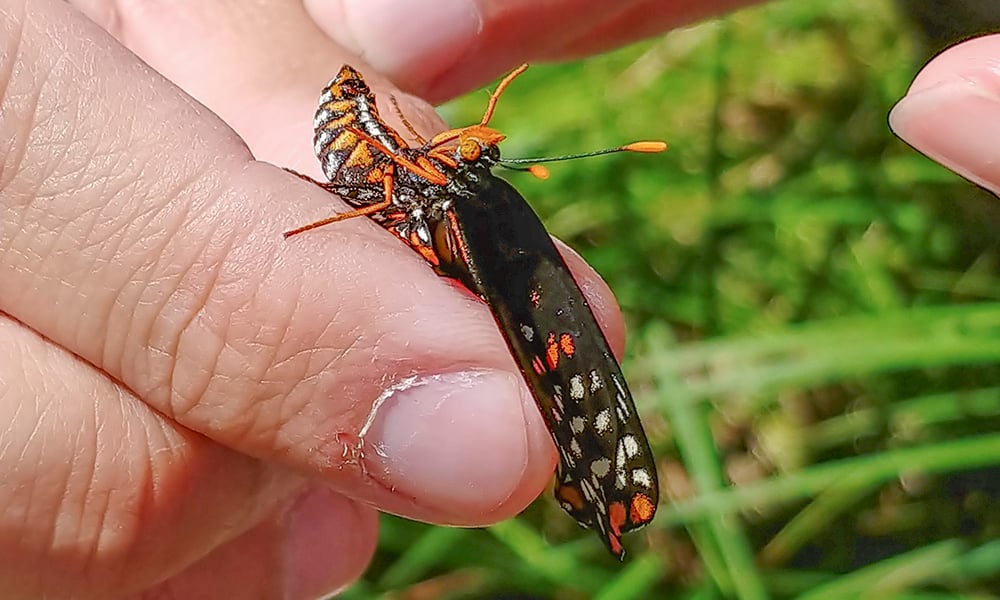