Beavers are Busy Preparing for Winter 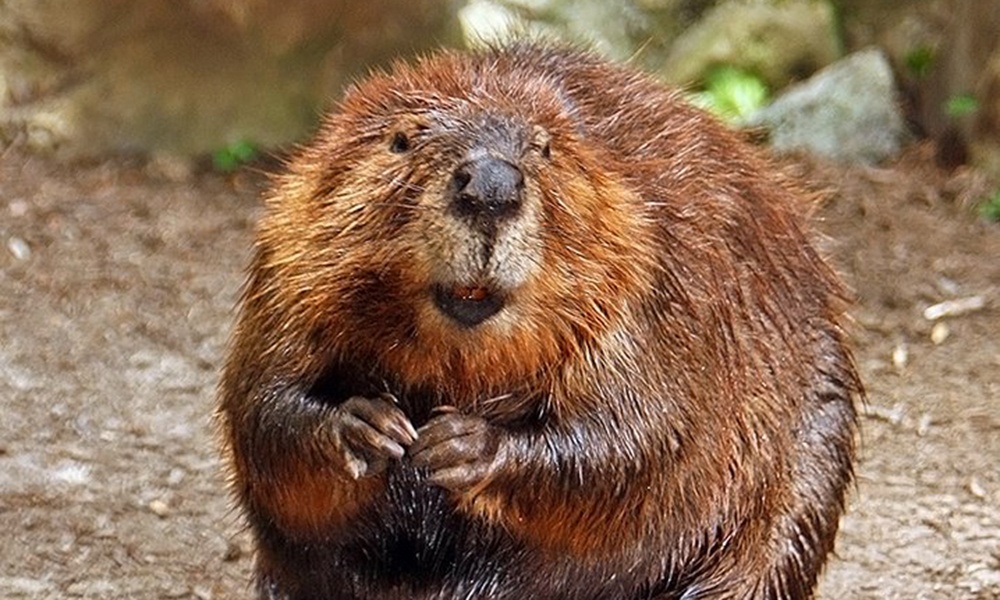 Late fall means slowing down for many species (including people), but beavers are busy repairing their lodges and dams and poking branches and saplings into mud where the woody material, which is their winter food cache, stays fresh, even under ice. They can cut down trees over a foot in diameter.

The largest rodent in North America, beavers are second only to humans in their ability to alter their habitat to suit their needs. From cutting down trees to building dams and lodges, beavers are indeed busy.

Beavers are semiaquatic herbivores that spend a large part of their time in the water. You can find them — or signs of them — near water, said Stephanie Touzalin, a naturalist at Willowbrook Wildlife Center in Glen Ellyn.

And while you might not see them much in the preserves, it’s usually pretty easy to spot their telltale signs — damaged trees, dams and lodges. “You don’t usually see them but you see signs of them,” Touzalin said. 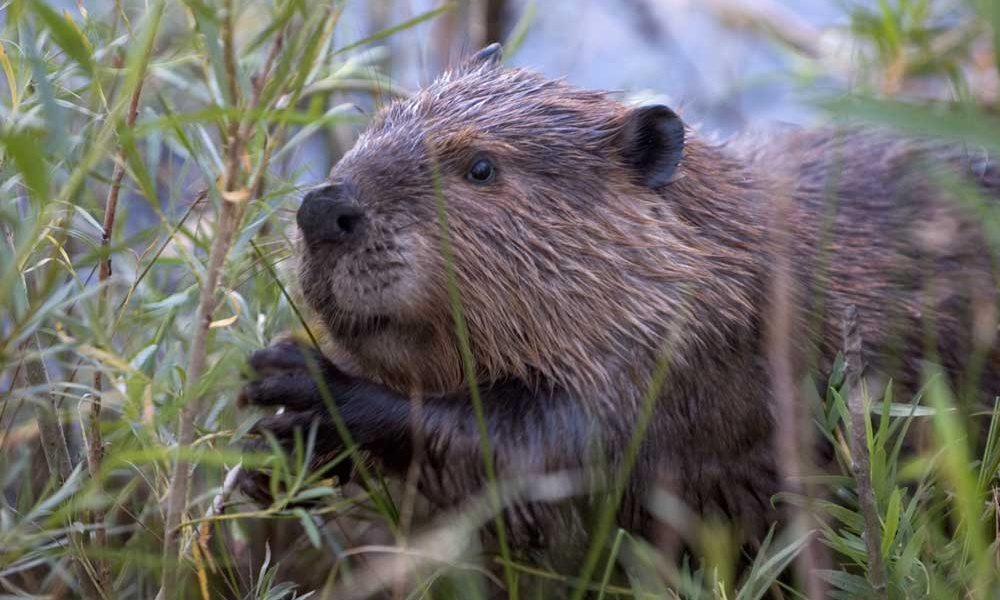 Underwater entrances allow beavers to access their food cache without exposing themselves to predators. In winter, they usually stay inside these well-insulated mud-and-stick lodges where a family of two adults, some yearlings, and this year's kits stays warm. A study found that the average minimum winter temperature inside a lodge is 34 degrees higher than the average minimum outside temperature. Steam can sometimes be seen rising from lodges on very cold days.

Beavers will remain in an area as long as there’s food for them. “They basically don’t leave an area until the food is depleted. Once their resources are gone, they move out,” Touzalin said. 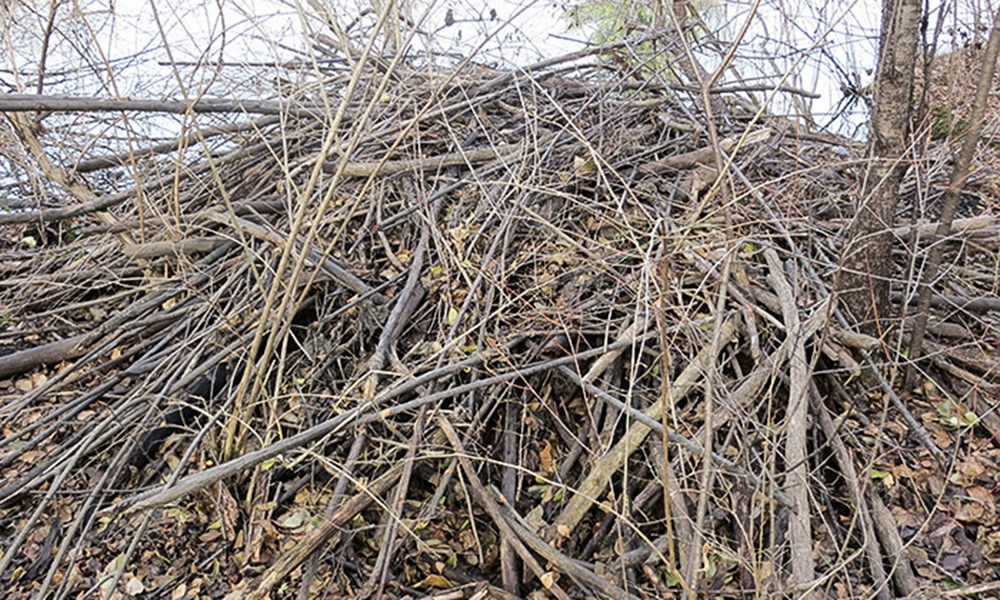 Monogamous beavers mate inside the lodge in January to early March. Females undergo delayed implantation (the embryo's development stops until sufficient food is available) so babies are not born until April, May or June. In summer, the adults drive off the 2-year-olds, who must fend for themselves and find a suitable spot to start a new colony.
Beavers don’t mind squatters in their lodges, and usually muskrats move into abandoned beaver lodges.

While beavers are often maligned for the flooding they can cause onto roads and private property, they are an asset to other wildlife, as they create ponds and wetlands that are used by fish, muskrats, mink, turtles, ducks and shorebirds. 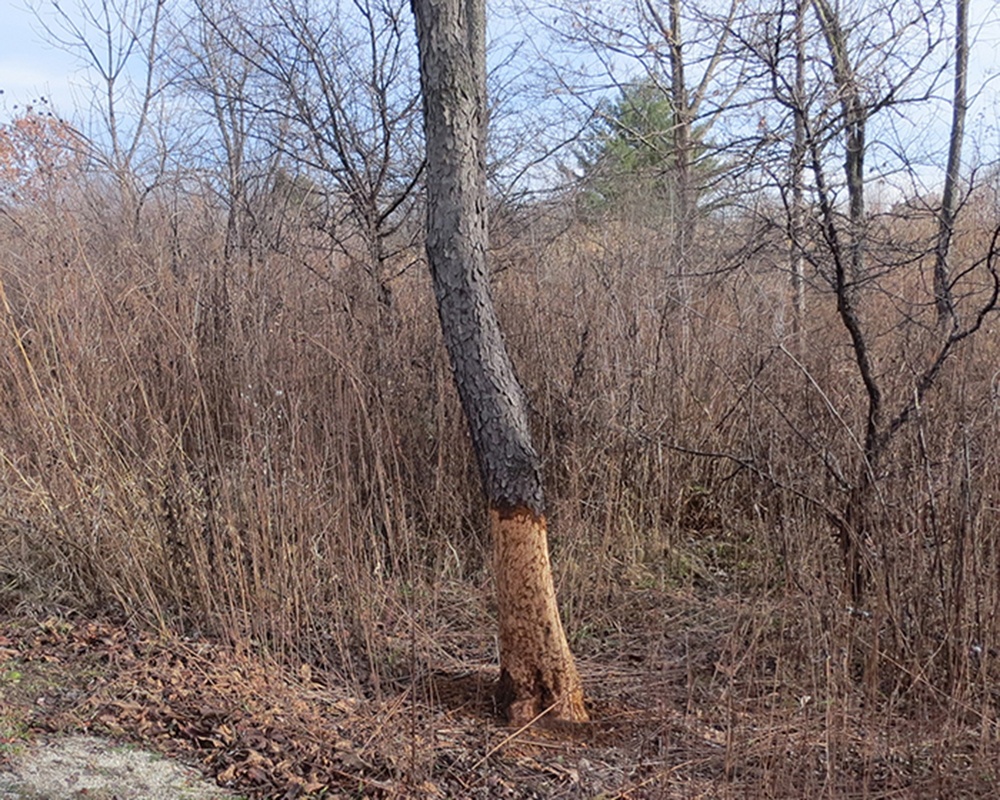