An Ugly Little Stinker: The Stink Bug That Wants Inside 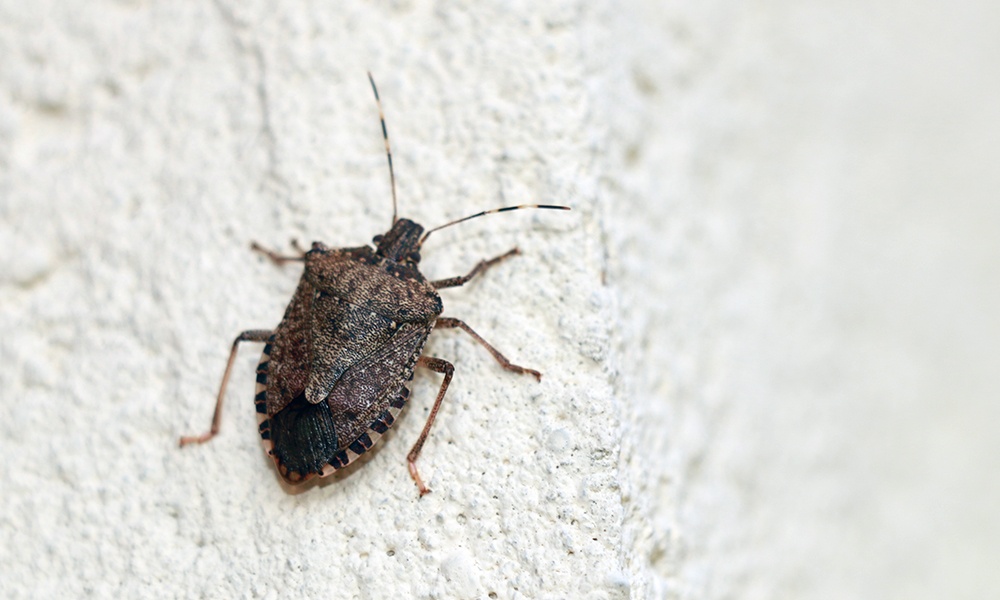 It’s that time of year. The leaves are turning. The daylight hours are waning. And, yes. Dozens — maybe even hundreds — of brown marmorated stink bugs are gathering in numbers at any little crack or opening near a doorway, window screen or garage door seeking entry into your home. These little insects are not only numerous but also ugly — and boy, do they ever stink!

Forest Preserve District of DuPage County Ecologist Andrés Ortega suspects that homeowners are likely seeing more stink bugs around our homes in fall for two reasons. “The first is, like many insects, they’re temporarily trying to get out of the cold on particularly cold days,” say Ortega. “The other reason is that, unlike many insects, the stink bug overwinters as adults, not as larvae or eggs. Most likely those adult stink bugs are searching for relatively warm, dry places inside your home to spend their winter.” 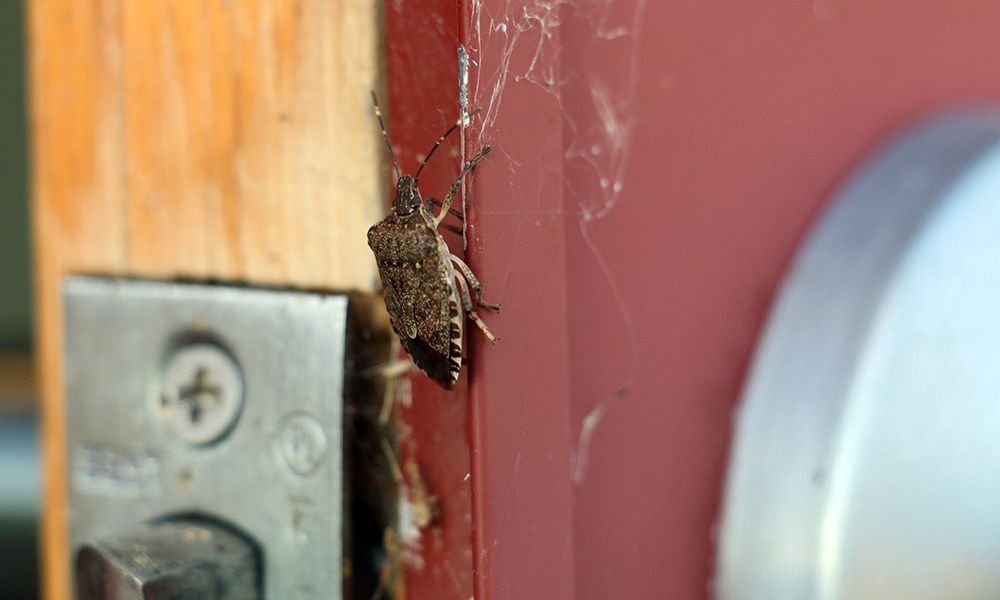 The brown marmorated stink bug is covered by a brownish shield and walks on six legs. Its antennae are striped with whitish bands. 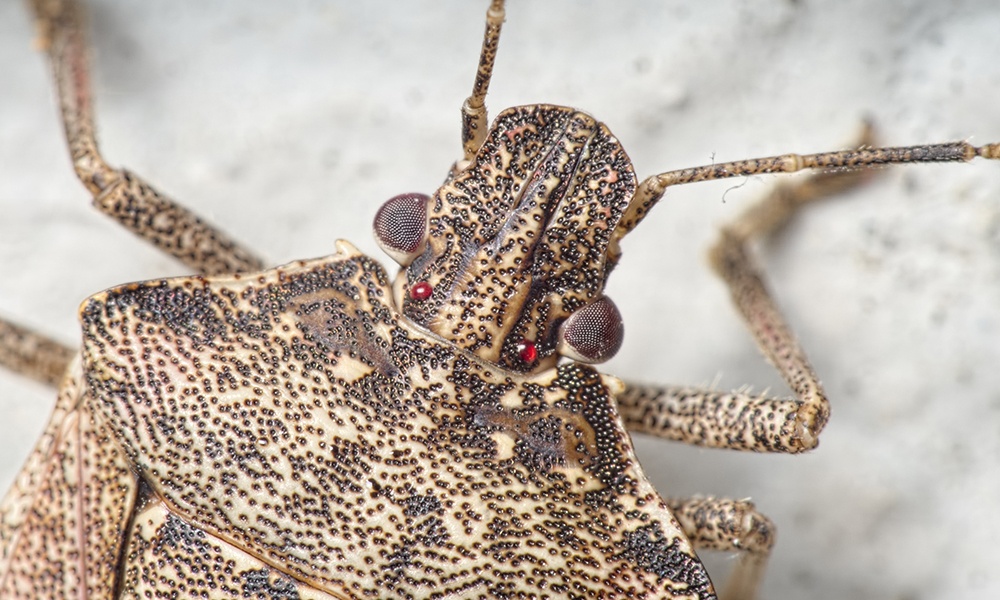 Its two large eyes (on the side of its head) and ocelli are red.. Image by Pierre Bornand/CC BY-NC 2.0

Once indoors the stink bug will release a pheromone, which attracts other stink bugs to congregate in warm, tight crevices, behind baseboards or wall hangings — or maybe even in-between the folds of your curtains. And there they will remain in a state of diapause (or period of suspended development).

Come spring, the stink bugs will emerge from the indoors and venture outside to mate. (The female will mate about two weeks after diapause and leaving her toasty-warm overwintering spot.)

A female stink bug will mate multiple times over spring and summer seasons and can produce several broods per year. She will lay her eggs — about once per week and up to 30 at a time — on the underside of vegetation. (For anyone who’s counting, that’s about 400 to 485 eggs in her relatively brief lifetime!) The eggs will hatch approximately five days later, and the emerging nymphs never hazard too far from their egg mass.

A nymph matures in five stages. In each stage, the insect will shed its skin until it reaches adulthood and sexual maturity to breed. 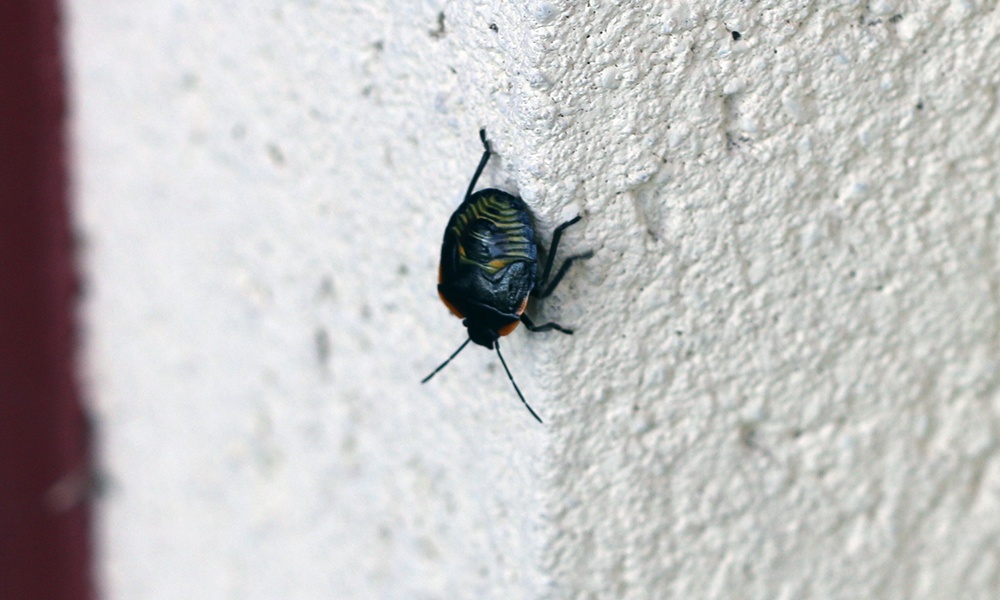 Along the way, the stink bug eats, and eats… and eats! The stink bug has a voracious appetite and eats a variety of plants, including trees, ornamentals in your garden, vegetables, fruits and nuts. Scientists suggest this insect is rather indiscriminate in taste and eats more than 250 plant species!

It’s also unrelenting in its behavior and foraging habits. The stink bug has decimated farm fields, fruit orchards and forests since it was unintentionally imported in the late 1990s from Asia. Many eastern states witnessed insufferable devastation from foraging stink bug populations in 2004 and subsequent years as crops of apples, peaches, sweet corn, peppers and others were decimated. Today this invasive pest is found throughout North America. 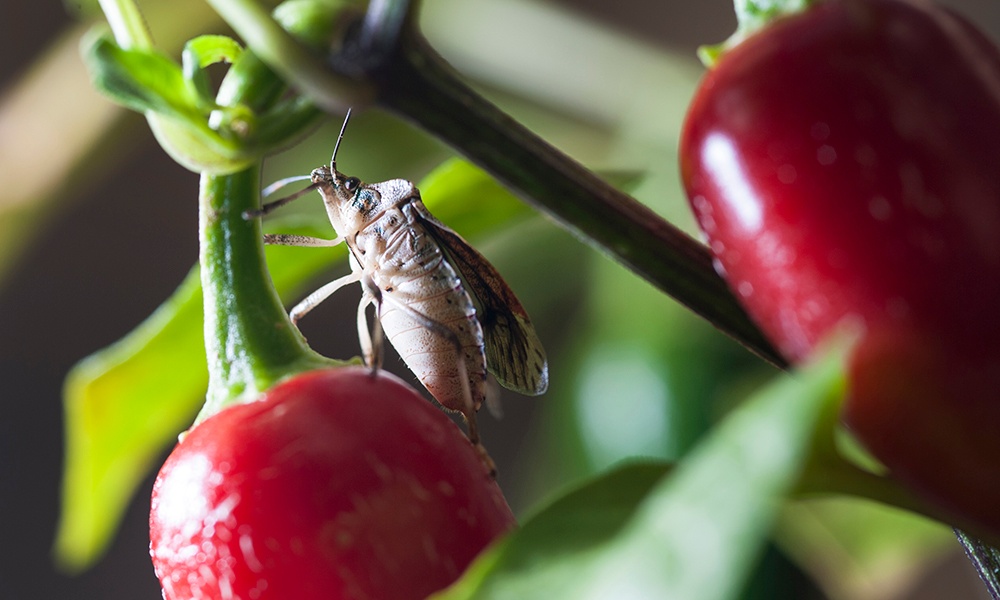 So this October just when you’re wrapping a woolen blanket around your shoulders to settle in for a snuggle on the couch, don’t become too alarmed if you hear a buzzing sound whir past your ear or catch a glimpse of a crawling insect on your windowsill. It’s likely just a brown marmorated stink bug looking to do that very same thing!

Listen to the brown marmorated stink bug — and its characteristic buzzing — as it flits its wings. Video by Brenda Dobbs/CC BY-NC 2.0

Tips to Deter the Stink Bug From Entering Your Home:

If It's Already in Your Home:


Remember: Not only does the stink bug's exterior shield protect it from predators but also its unpleasant odor. When threatened it gives off an odor that smells similar to rotten cilantro, some suggest. You may wish to keep this in mind the next time you go to disturb or squash it!