The Feeding Habits of Daring Dragonflies 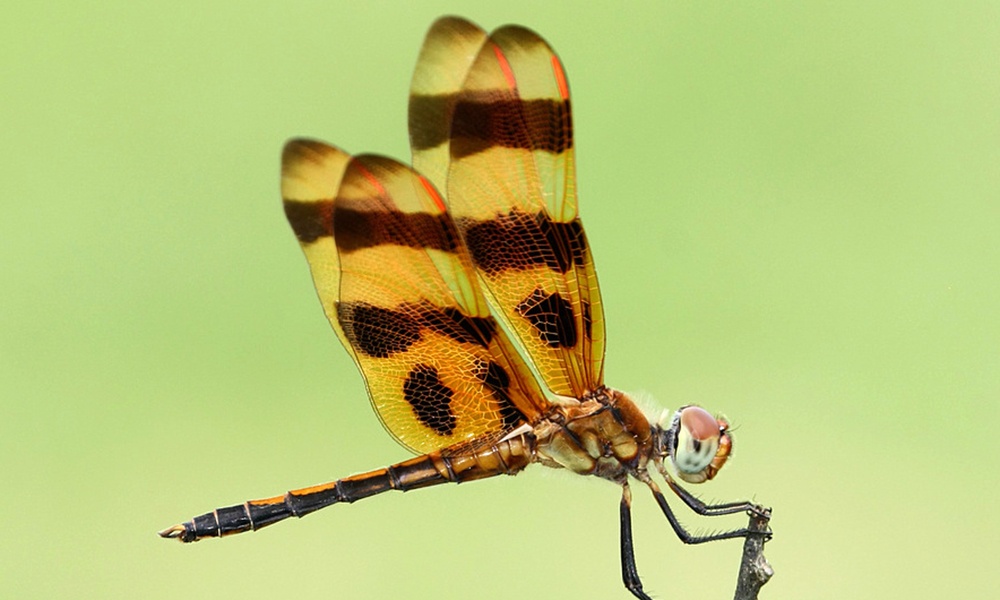 Dragonflies – while the origin of their name is a mystery, it is an appropriate description of these voracious predators. Both the aquatic nymphs and the flying adults are some of the largest and most aggressive insect hunters in the world.

Dragonfly nymphs live in the water and usually hang out on aquatic vegetation waiting for their prey, which is virtually any animal small enough to grab. When prey gets close enough, the nymph unfurls its labium (mouthpart that shoots out past the head) to capture its prey. Larger dragonfly nymphs may even eat minnows or tadpoles. 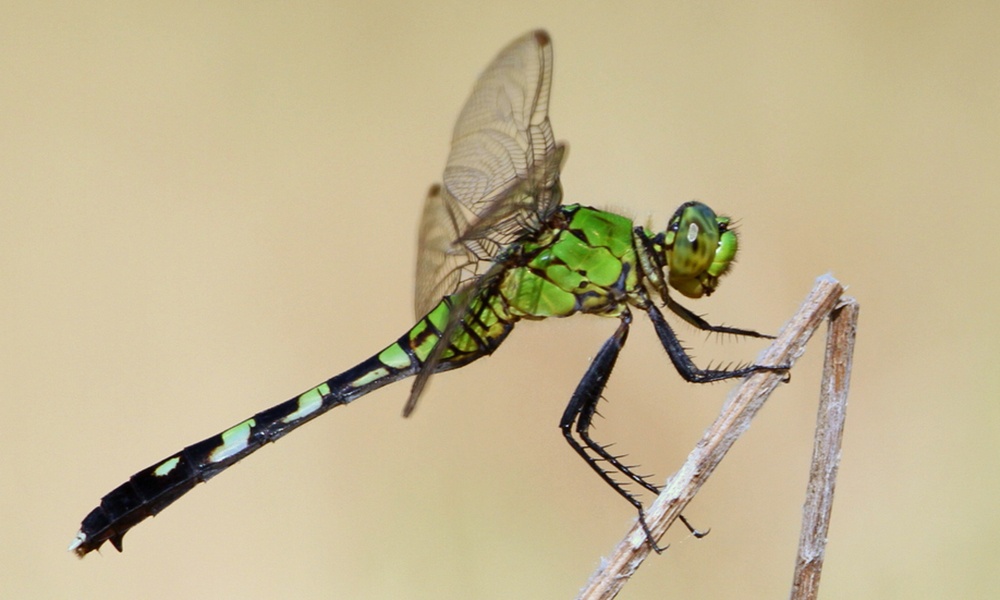 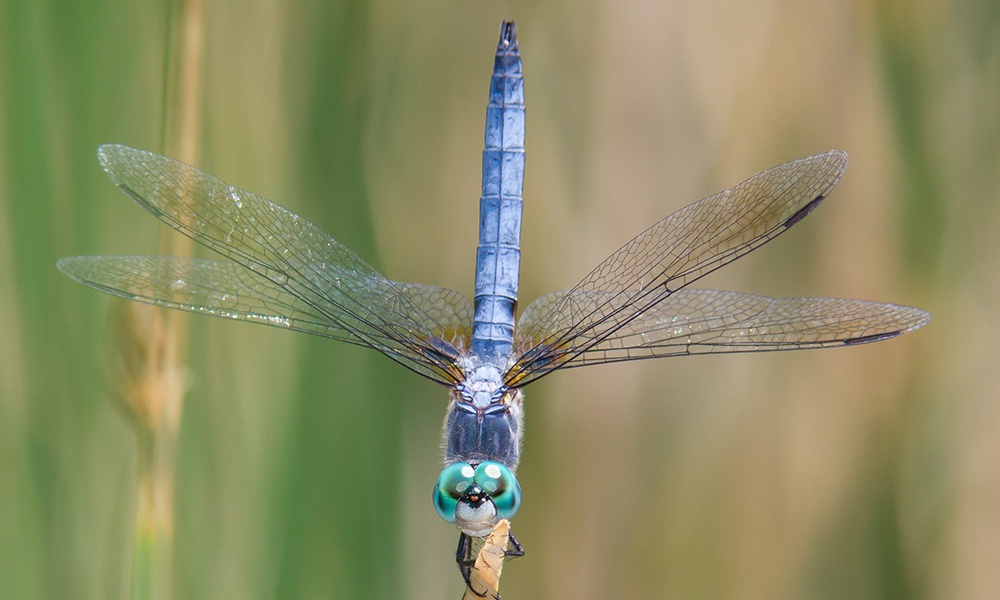 They are extremely agile and catch their prey midair. Most dragonflies fly an average of 10 miles per hour, but large species can top out at 30 miles per hour. They are able to fly backwards, hover in place, turn in tight spots, and accelerate instantly.

Dragonflies can create a type of basket with their legs to scoop up a bug and put it in their mouth without stopping. Other dragonflies simply open their mouths to catch food as they fly. Yet other dragonflies glean their food, which means they catch the insects that perch above plant stems and leaves. Immature adults will eat caterpillars hanging from trees. 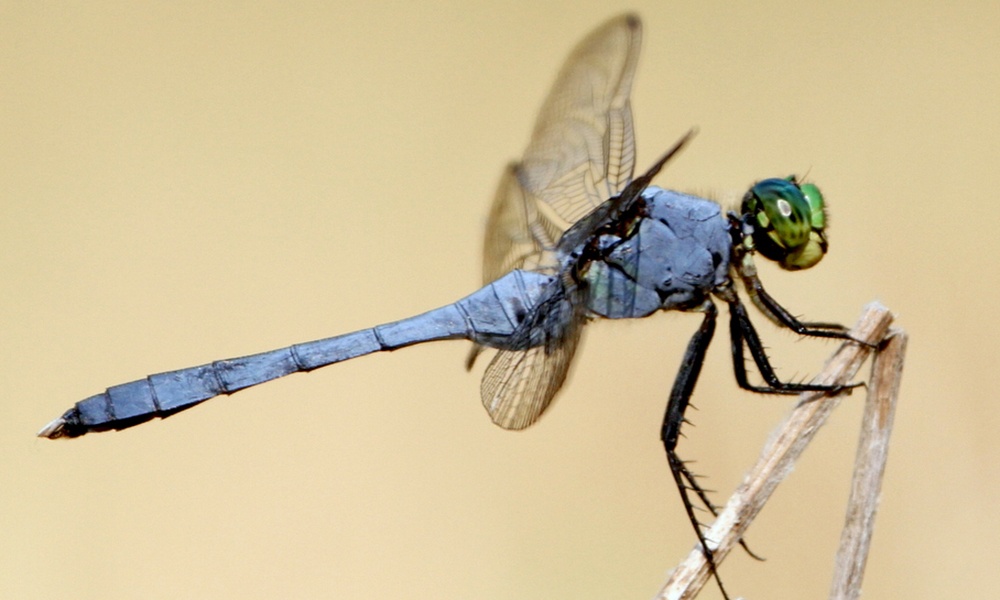 Many cultures have historically revered dragonflies. In Japan, the dragonfly symbolizes focused endeavor and vigilance because of its manner of moving up, down and sideways while continuing to face forward; Samurai warriors fashioned helmets in the shape of dragonflies, which were symbols of invincibility. To some Native American tribes, dragonflies symbolized spring and good harvests.

You can identify dragonflies and damselflies common to DuPage County using this handy guide. You can also download the Dragonfly ID app. 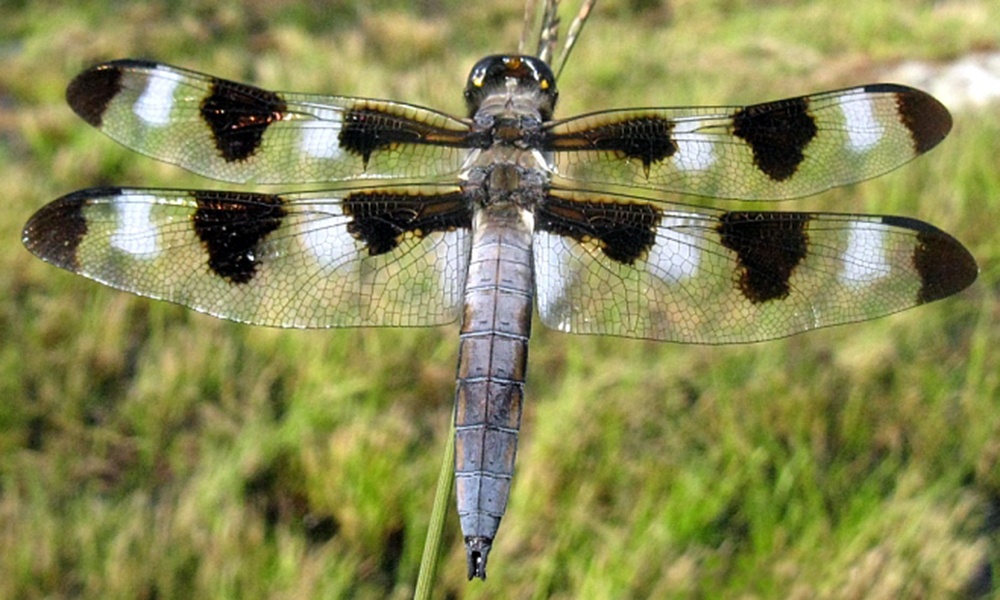