Bald Eagle Reunited with its Family 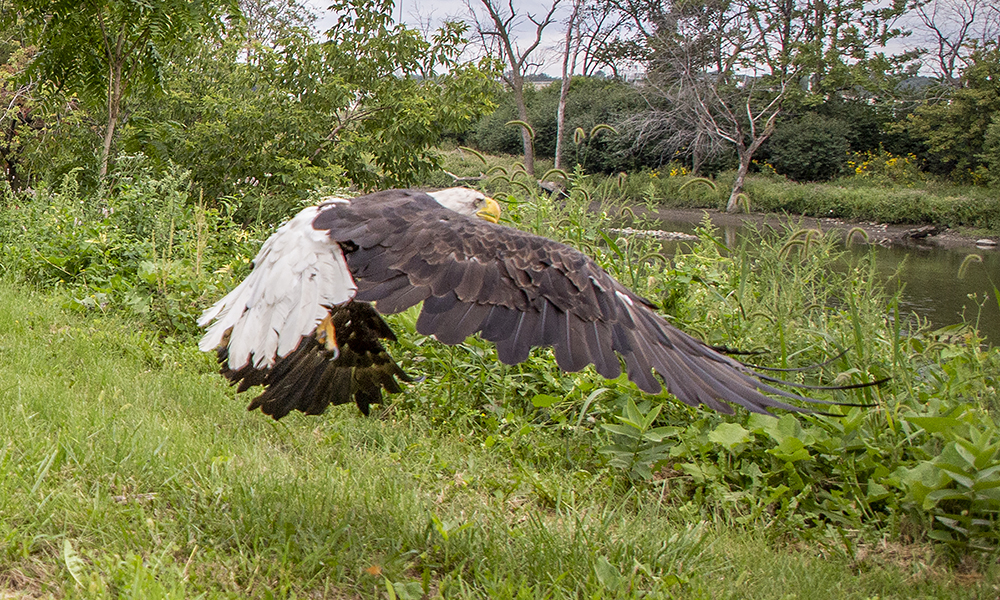 A female bald eagle was returned to her home and family after 21 days of TLC at the Forest Preserve District of DuPage County’s Willowbrook Wildlife Center.

Two eagles fell into a reservoir at the Metropolitan Water Reclamation District of Greater Chicago’s (MWRD) Lawndale Avenue Solids Management Area in Willow Springs and were covered in a sludge-like substance. Sludge can weigh down the birds and cause feather damage, preventing them from flying.

Rescuers from the Chicago Bird Collision Monitors arrived to investigate and found one of the eagles had already cleaned itself off enough to fly away. However, the other was much more covered and remained grounded. It was brought to Willowbrook Wildlife Center for treatment, which involved baths, time, and lots of preening with that huge eagle beak! 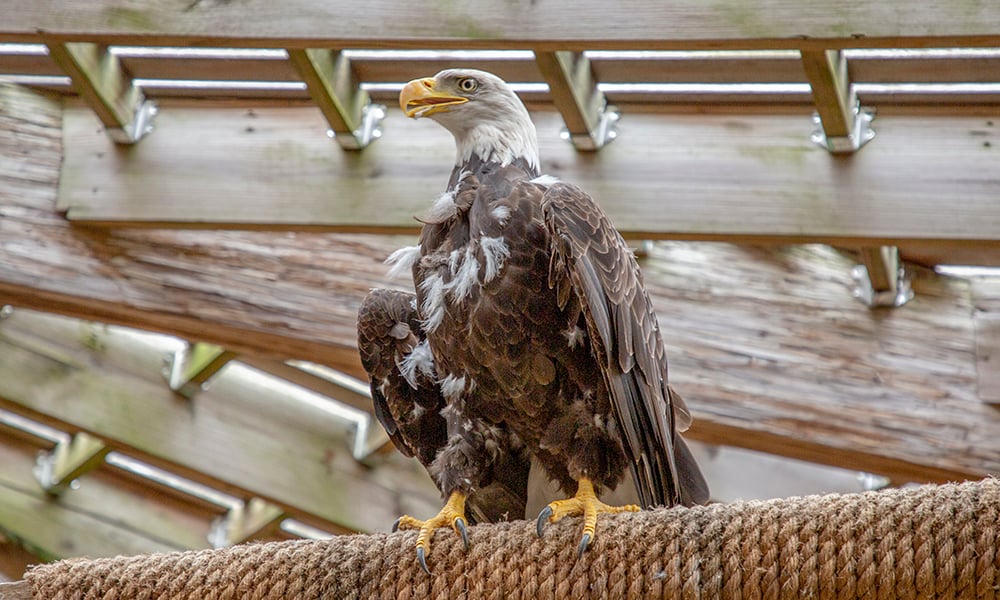 With tens of thousands of feathers, preening is a very time-consuming but necessary activity for healthy birds. A special gland above the tail produces an oil that a bird distributes throughout its feathers as it preens. This acts like a conditioner to keep them warm, dry, and flighted in addition to the feather structure itself.

Birdwatchers and eagle fans knew that the bird had a mate and successful nesting year, as juvenile eagles were seen in the area along with its mate. Eagles mature around age 5 and are identifiable by the white head and tail feathers of an adult. Young birds are dark brown, acquiring a more mottled appearance each year as their plumage shifts into adulthood. 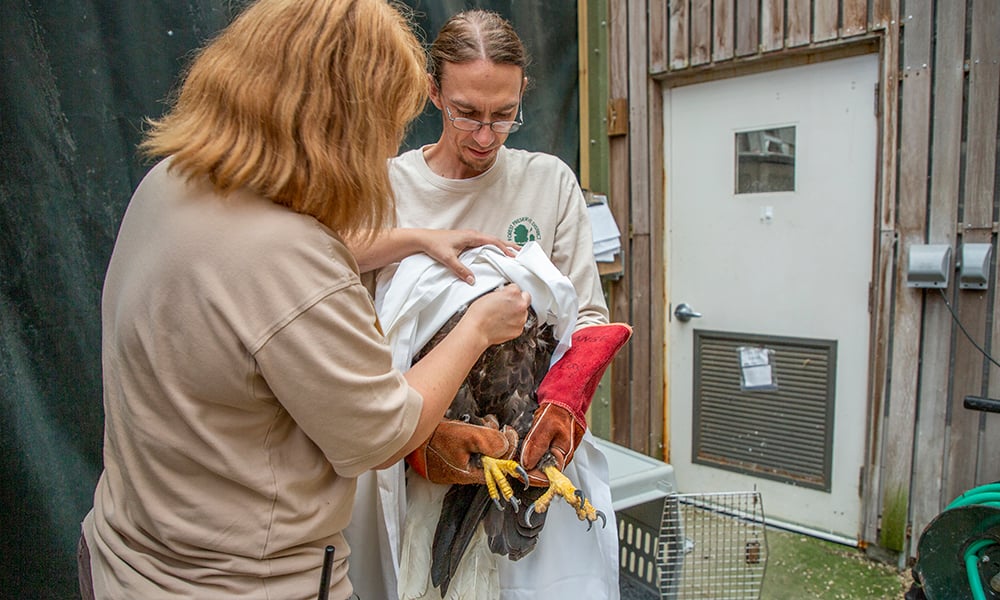 Luckily, the young eagles were past the most high-maintenance age of feeding and hunting for hungry beaks. So the timing worked out for the mother eagle to take some time off for rehabilitation at Willowbrook. Also, unattached eagles don’t scout new territories in the fall, so this bird was able to return home without much disturbance. 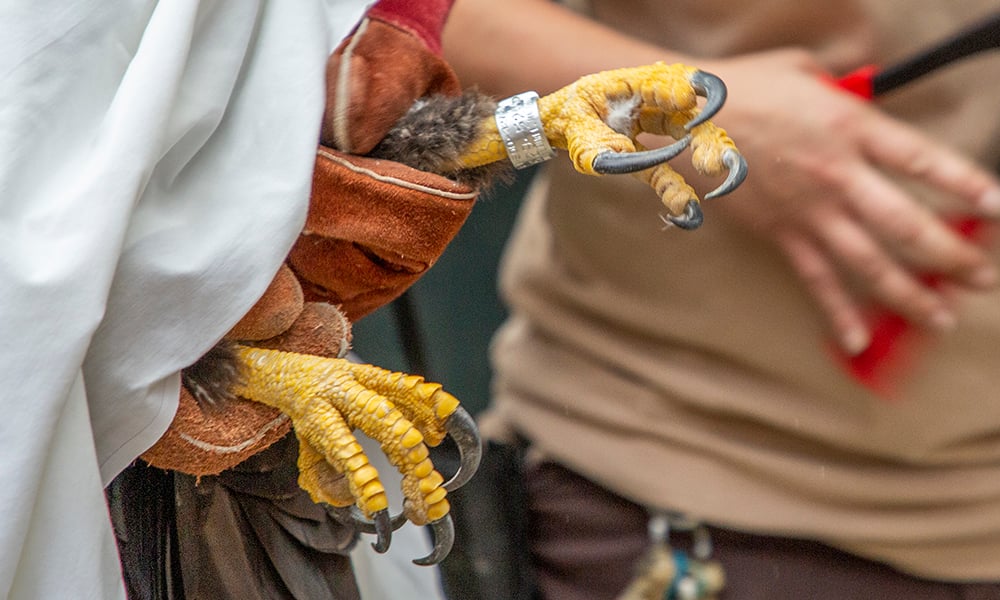 The eagle is banded so identification and tracking purposes before being released.

Even though bald eagles have made a very successful recovery from near extinction, there’s something very special about seeing them in the wild. In the last decade or so, breeding pairs have moved back into Illinois in good numbers.

Bald eagles specialize in catching fish, so they can be found in many locations locally near large bodies of water. They have been spotted in several DuPage County forest preserves.

They aren’t the most discreet birds while nesting; an eagle nest is a massive structure near the top of the tallest trees that expands each year with additional materials. The largest nest on record weighed 3 tons and was almost 10 feet in diameter! Most nests average around 5 – 6 feet. Since they are loud, large, and eye-catching birds, pairs are often observed fondly year after year. 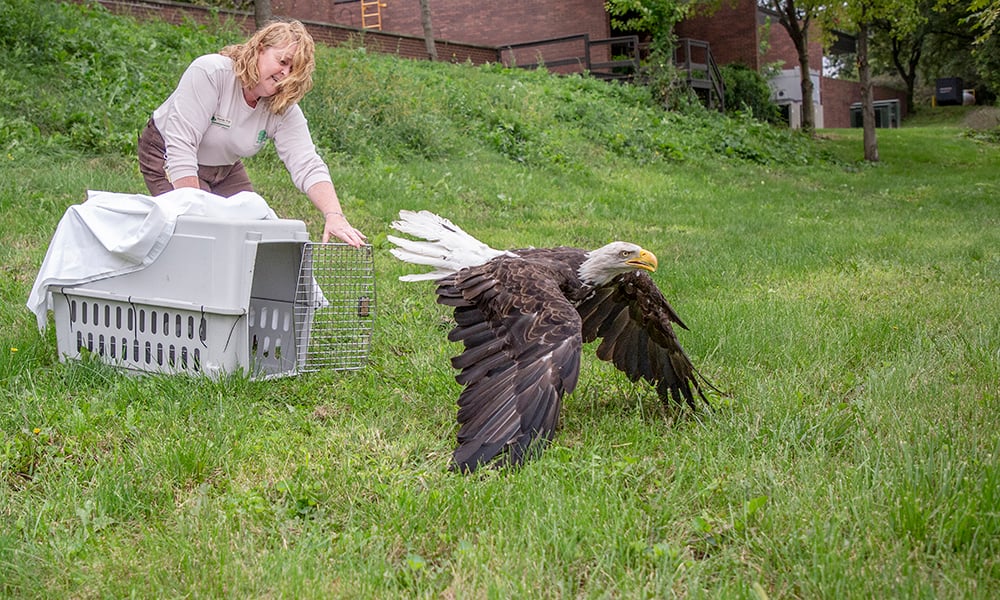 Willowbrook site manager Sandy Fejt opens the crate door for the eagle so it can be reunited with its family in Willow Springs.

Bald eagles are considered monogamous, though they will acquire a new mate if something happens to one of them. Pairs engage in elaborate flight displays during courtship that include swoops, chases, aerial cartwheels, and talon-locked plummets, releasing just before hitting the ground. They also co-parent, taking turns incubating the eggs and chicks and time off the nest for hunting. They spend 3 – 4 months raising their eaglets before parent duties are done for the year. 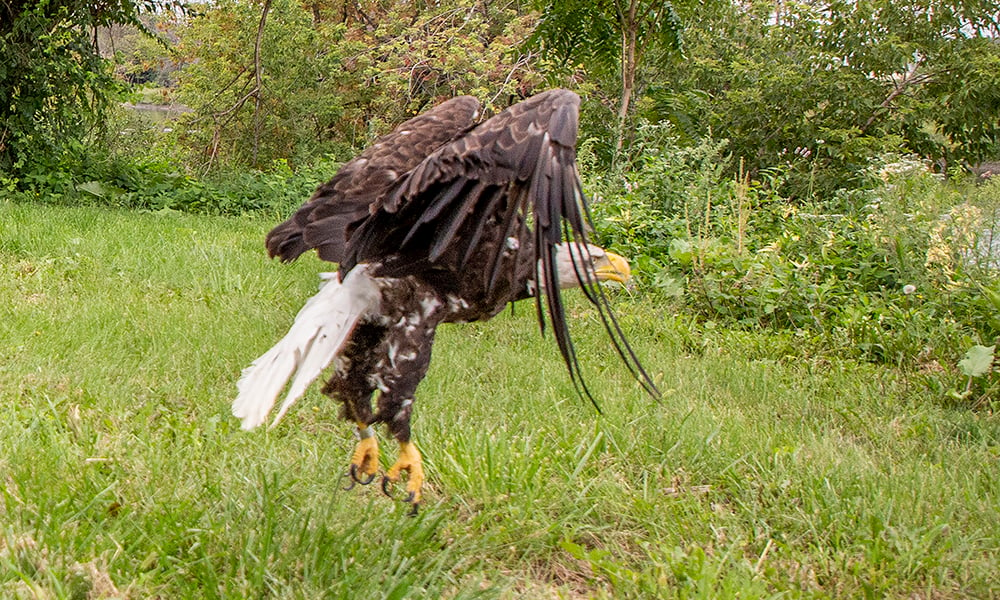 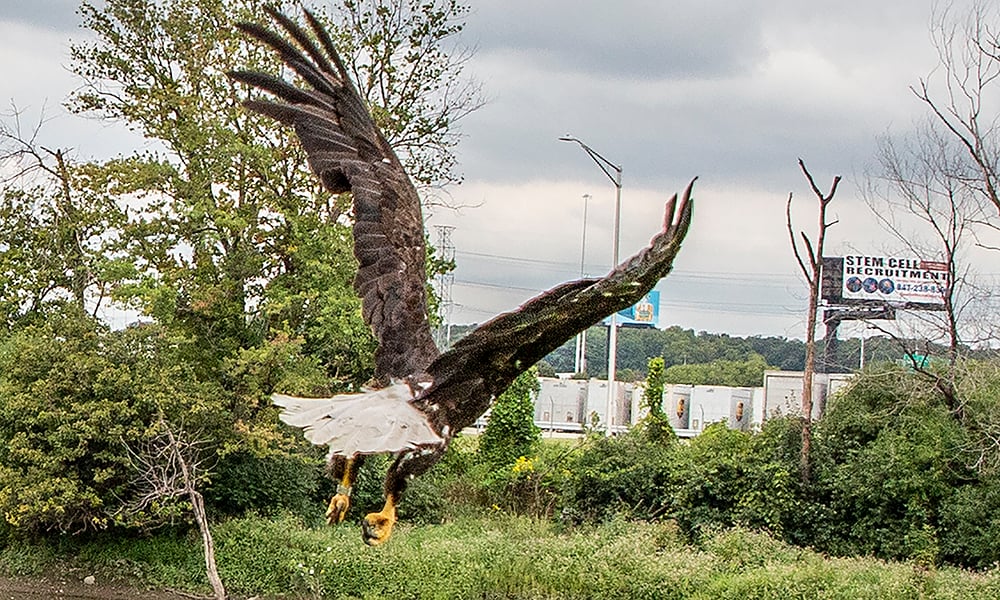