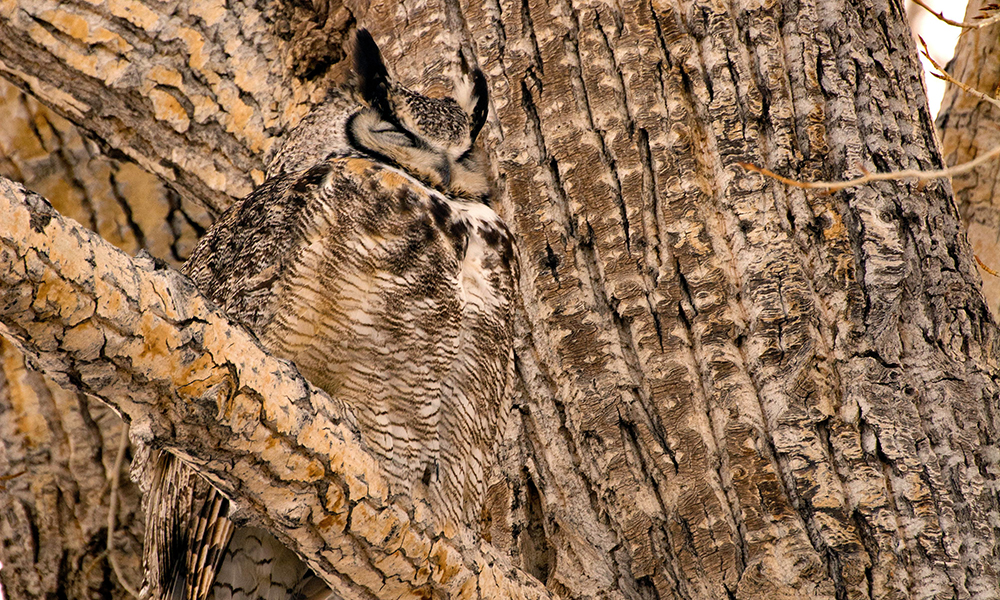 Wildlife have long embodied the spirit of Halloween using tricks, treats, and costumes. These strategies are essential for wild animals to survive, find food, and attract mates.

The Virginia opossum is known for playing dead. It lays motionless and open-mouthed, drooling, and even releasing a foul odor to fool would-be predators. An opossum may remain “dead” for up to a few hours before reanimating. 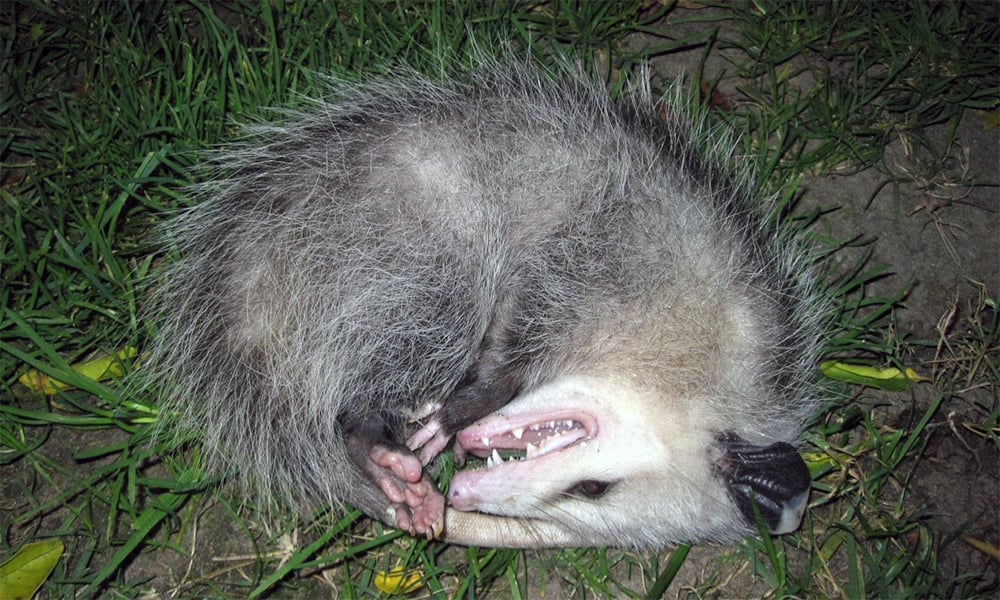 Killdeer are shorebirds that nest on the ground among rocks; unfortunately, parking lots often make suitable sites. Though their eggs are well camouflaged, the parents take nest protection to the next level by feigning wing injuries in an effort to draw threats away from their nests and after them instead. Once far enough, the show is over and they fly off to safety. 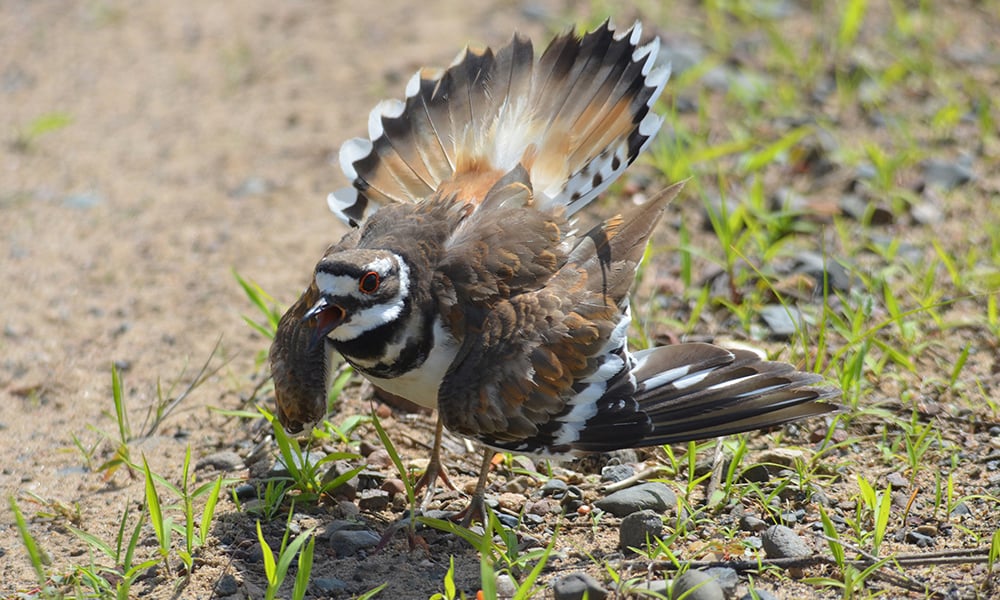 DuPage County does not have any venomous snakes, but don’t tell that to local snakes! Harmless local species like western fox snakes and northern water snakes are quite convincing mimics that have adapted to quickly vibrate their tails replicating the look and (sometimes) sound of a rattlesnake. Many a snake encounter is falsely identified as a rattlesnake due to this convincing trickery.

False eyespots are another handy tool animals use in an effort to keep from getting eaten. Having “eyes on the back of your head” can make a predator believe it's always being watched, and therefore less likely to attack. American kestrels, Polyphemus moths, eastern tiger swallowtail caterpillars, and bobcats all have extra sets of eyes. 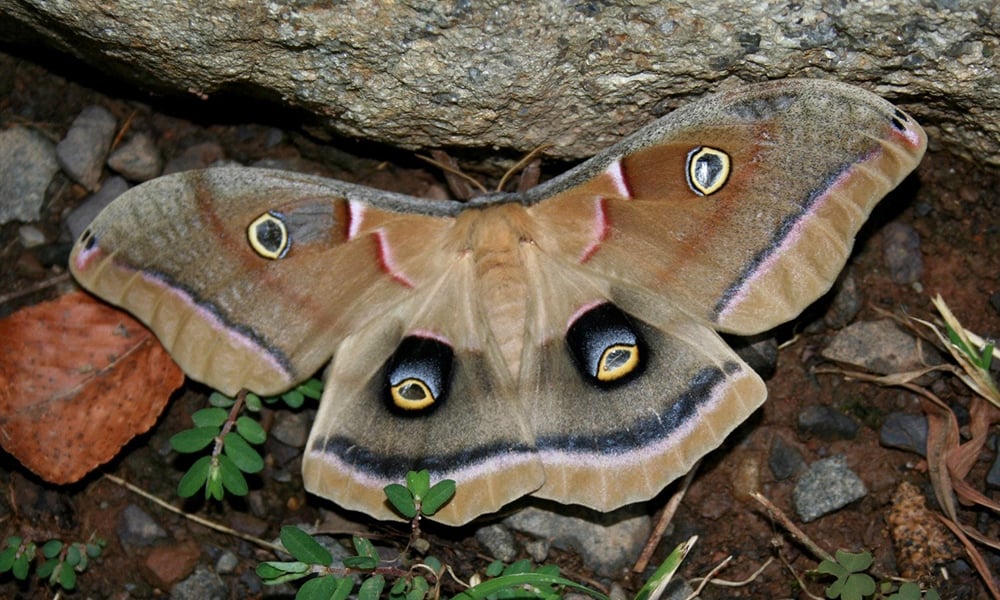 Named after the giant cyclops from Greek mythology, the Polyphemus moth's false eyes are formed by hundreds of colored scales in a pattern.

A very clever local bird understands that it can get further in life with a bribe of treats. Green herons will go “fishing” by using bait to tempt fish into swimming near enough for the heron to quickly grab them with its long, pointed spear-like beak. Objects used as bait include leaves, twigs, feathers, bread, pieces of former meals, and worms. 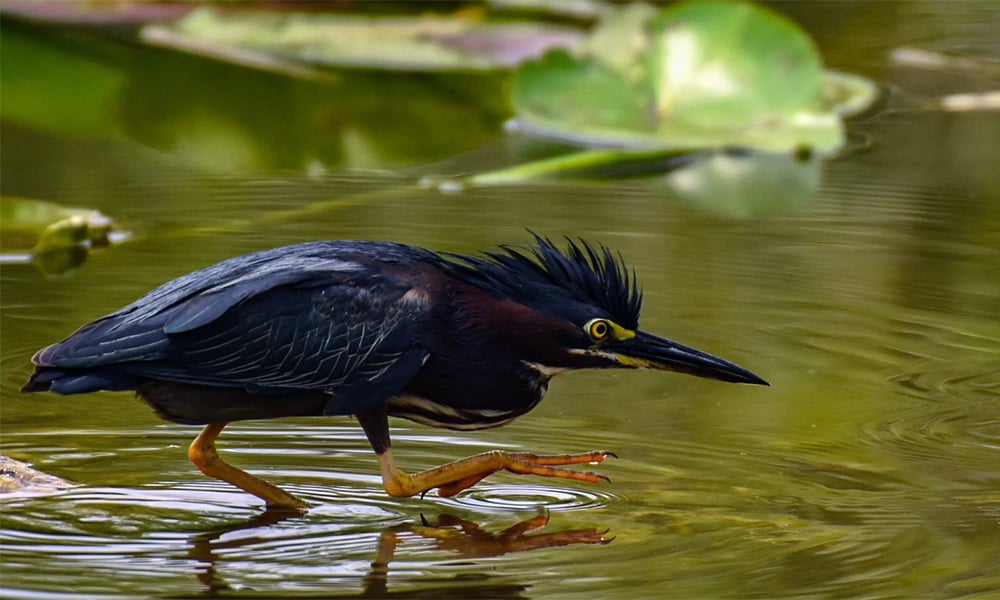 Whether they want to blend in or stand out, the outside appearance of a wild animal has function. Some of the most excellent camouflage we see in nature belongs to owls. The colors and patterns on their feathers offer clues about their preferred habitats. Dark browns, reds, blacks, and tans that are mottled and striped and spotted? That’s the cloak of invisibility a great horned owl wears to hide among the trees.

Tan, white, yellow, and brown streaking belongs on a barn owl blending into the prairie. And the white and gray plumage of the snowy owl needs no explanation. Being able to lurk unseen has its advantages if you're stalking or hiding.

It can be fun to completely try a new look. Male American goldfinches, ruddy ducks, warblers, and many other species know this well. They completely alter their appearance at certain times of year to get the attention they're seeking.

The brilliant bouncing yellow of a male goldfinch in the summer causes a stir in the prairie. Having the brightest blue beak of all the ruddy ducks makes you look like the healthiest guy in the pond and will hopefully translate into more breeding opportunities thus more offspring. Fiery-orange flashes are very visible among new spring leaves and will likely catch a female American redstart’s eye. 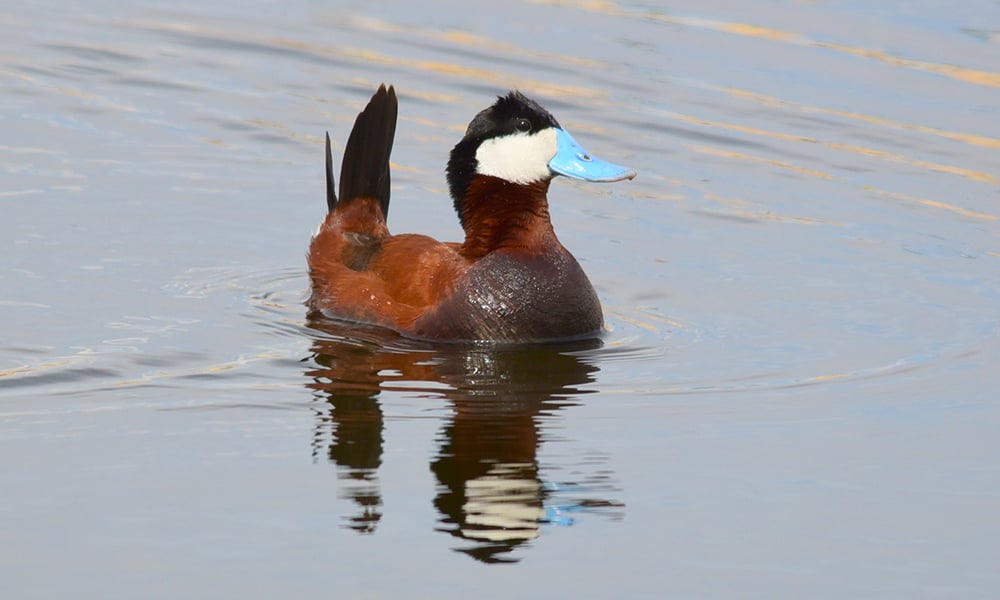 Animals also use masks as part of their everyday attire. Cedar waxwings, peregrine falcons, and raccoons wear black masks all the time. The darkness surrounding their eyes helps absorb glare from surrounding light, making it easier to see. Whether you’re diving hundreds of miles per hour, trying to navigate in near darkness, or just searching for some berries, excellent eyesight is a crucial tool in the wild.

The cedar waxwing’s black “bandit” mask covers its eyes and forehead in an elongated triangle edged in white.

While we only have one day to celebrate Halloween and all its tricks, treats, and costumes, we can appreciate the many ways wildlife use these tactics all year long. Keep a close eye on your wild neighbors for all the ways they might surprise, delight, and fool you.

Join Us for Nature's Tricks and Treats

Learn about trick-or-treating in the world of wildlife at Nature’s Tricks and Treats. Many animals wear costumes, use misleading tricks and offer treats to help them survive. Then, make your own wildlife-inspired masks to get ready for Halloween. Ages 8 and up; under 18 with an adult. $10 per person. Register online or at 630-942-6200.