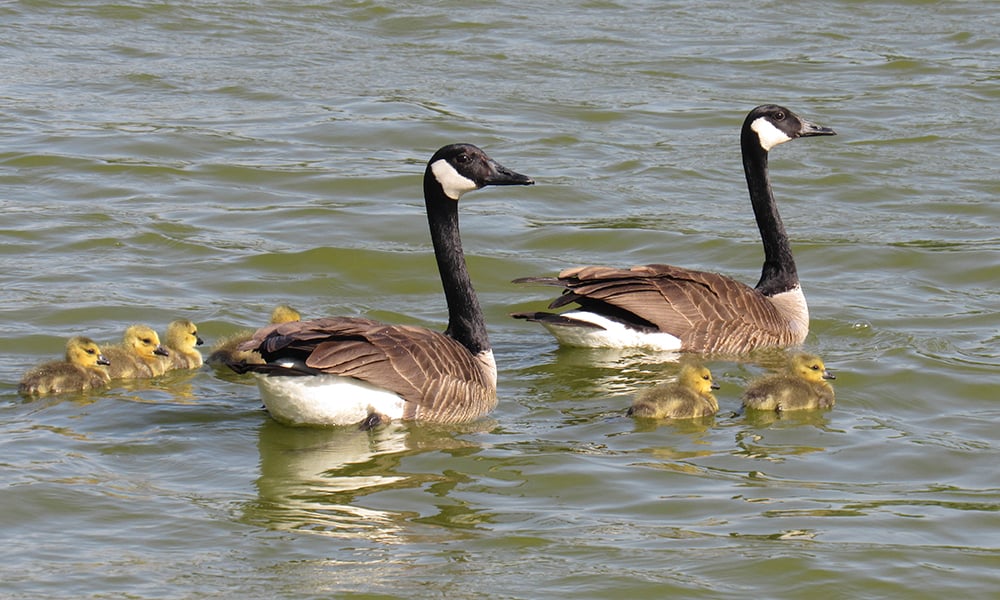 It’s that time of year when encounters escalate between people and aggressive Canada geese trying to protect their nests and families. But there are some simple ways for both to peacefully coexist.

Canada geese pair up with their mates in late winter and early spring, and then start looking for and setting up their nests in March and April. Sometimes the nesting locations they choose put them in direct contact with people, leading to some aggressive behavior on their part as they protect their families and nests.

Willowbrook Wildlife Center naturalist Stephanie Touzalin said there are ways to avoid or minimize these conflicts, if you know what to look for and how to react.

“Luckily for humans, Canada geese give plenty of warning when they feel threatened by your presence,” Touzalin said. “Rather than turning and running, it’s better to stand your ground but be respectful of their territory.”

Often times the conflicts between humans and geese are simply a matter of where the geese choose to nest.

“We may not think that walking past an active nest into an office or store is threatening, but they do,” she said. “Dad feels like he has to defend his family.”

“Geese could potentially hurt you,” Touzalin said. “Every time I’ve encountered a protective father goose, when you turn and run, they learn from it. I find if I stand my ground it rarely turns into a physical encounter. They will back down.

“But if you turn and run, he will learn that his behavior has worked and repeat it or even intensify his response to a human near his nest,” she added. 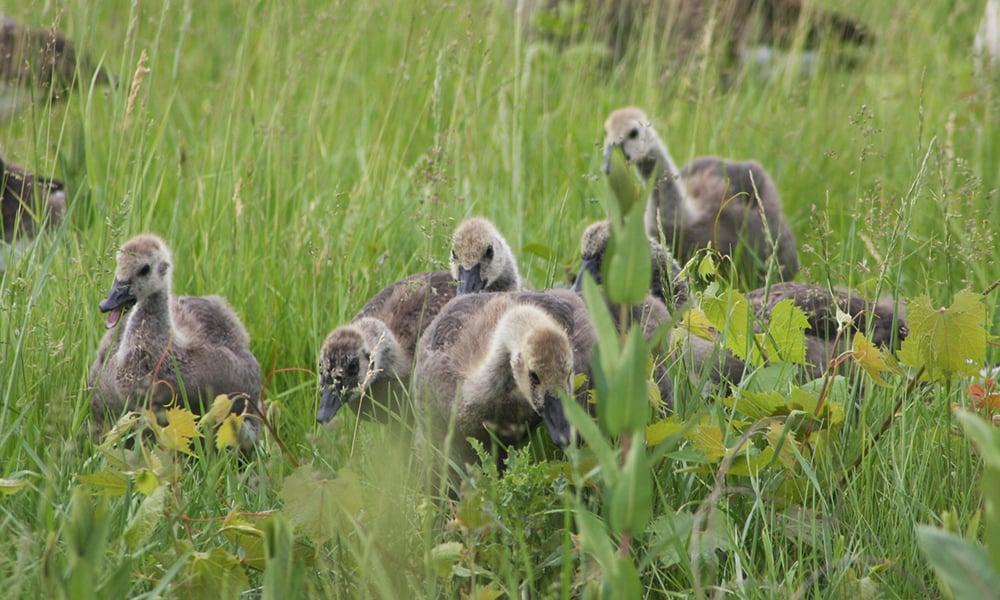 Best Defense is a Good Offense

One way to avoid geese encounters is to provide a visible barrier, such as snow fencing, between the nest and people. This is especially good if the nest is set up near the entrance to an office or storefront.

“Try to alter your route or use other doors,” she said. “It is temporary. We have to change our habits and let them be.” Geese use their nests for little over a month, but once all the goslings hatch, they leave them for a nearby water source and do not return to it.

It also helps to let tall grass grow around retention ponds to make them less attractive to geese by cutting off their sightlines.

Canada geese are protected by federal law so people can’t destroy their nests or eggs without a permit, Touzalin said.

“If they start hanging out in an area you might discourage them from building a nest, but they’re pretty persistent,” she said. “Once they’re nesting, it’s pretty hard to stop them.”

Silhouette decoys of coyotes or owls don’t really work because geese realize they don’t move after a while.

“They don’t have too many natural predators because they’re fairly large and can easily remain safe in the water, but coyotes are a big predator of their chicks and eggs,” she said.

Touzalin, who admittedly has a soft spot for geese, believes “it’s actually quite admirable” when a goose defends its nest.

“Here’s an animal that’s not built with typical predator features like sharp teeth and claws, but it really holds its ground to defend its family and nest,” she said.

A big reason for conflicts between people and geese is that they are both attracted to the same thing.

Geese will set up nests in open expanses of grass, where they have a food source and a good sightline to see predators approaching. Manicured lawns, retention ponds, business campuses and golf courses provide a perfect habitat for Canada geese.

“We’ve given them the perfect habitat to explode their population,” she said

“In the 60s and 70s these guys were really rare due to hunting and loss of habitat,” Touzalin said. “The number of Canada geese here has increased in recent decades, in part because of how we’ve changed the habitat.”

More on living with Canada geese 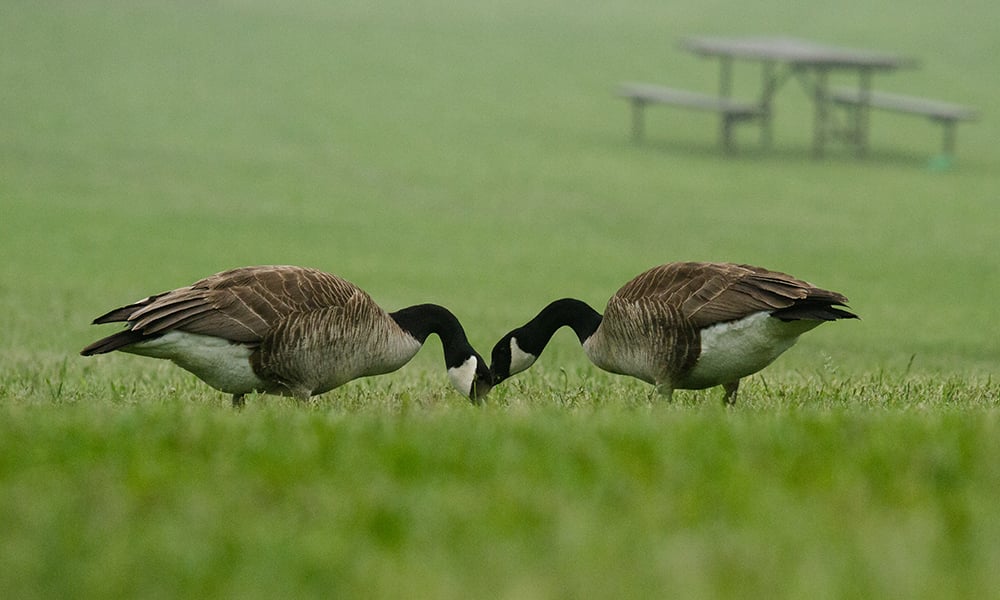