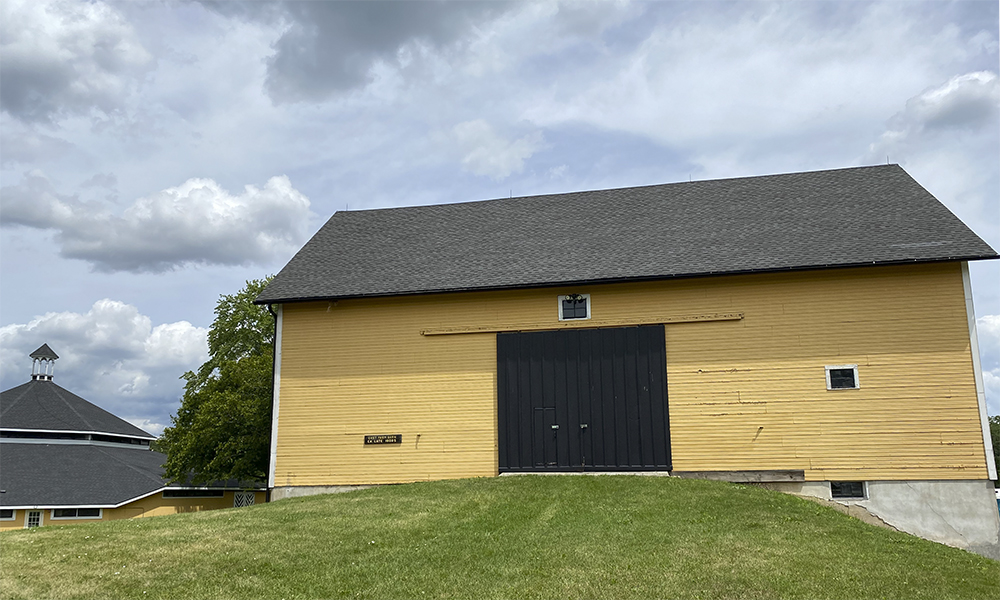 Looking at the east side of St. James Farm today, visitors might not fully appreciate the transformation it has gone through over the years. Let’s turn back the clock to the early 1900s, when this locale was a private family farm, to get a better view of its past.

The small farm had two barns – the East Farm barn and a barn located where the picnic pavilion now stands. This second barn stood until sometime in the ‘70s, when all but its concrete foundation was demolished.

A small house just south of where the caboose now stands served as the home of Henry and Katherine Bollweg, who owned the farm. There was no east farm pond at that time, and Butterfield Road traversed the middle of the preserve, where the wooden footbridge is now. The only building from that era that remains today is the East Farm barn. 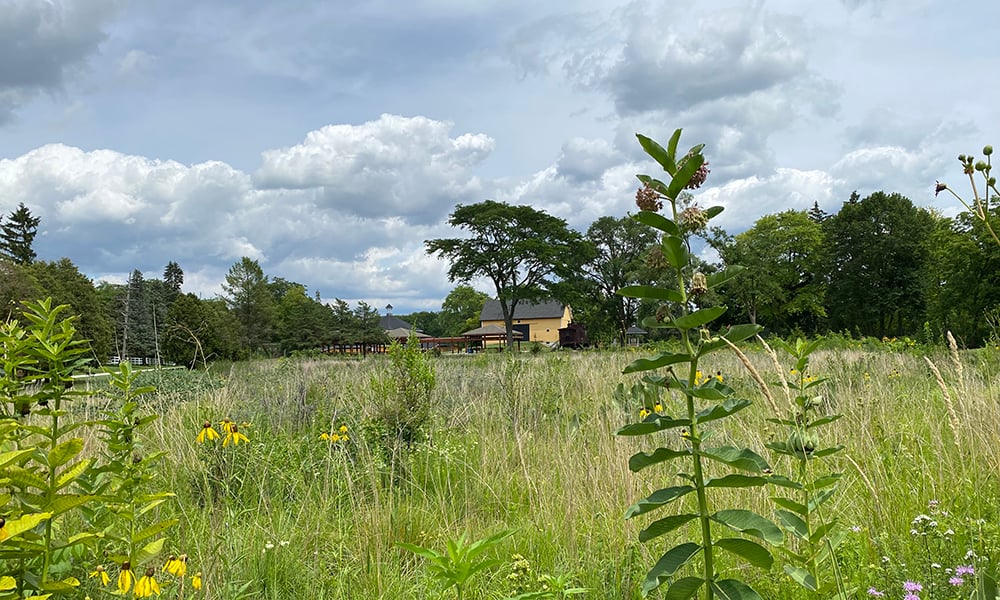 By 1920, Chauncey and Marion McCormick had established their Warrenville country estate — St. James Fam — by purchasing 203 acres of land. In 1930, they purchased three more parcels, including 147 acres on the east side of the farm that had once belonged to the Bollwegs. This area became known as the East Farm. 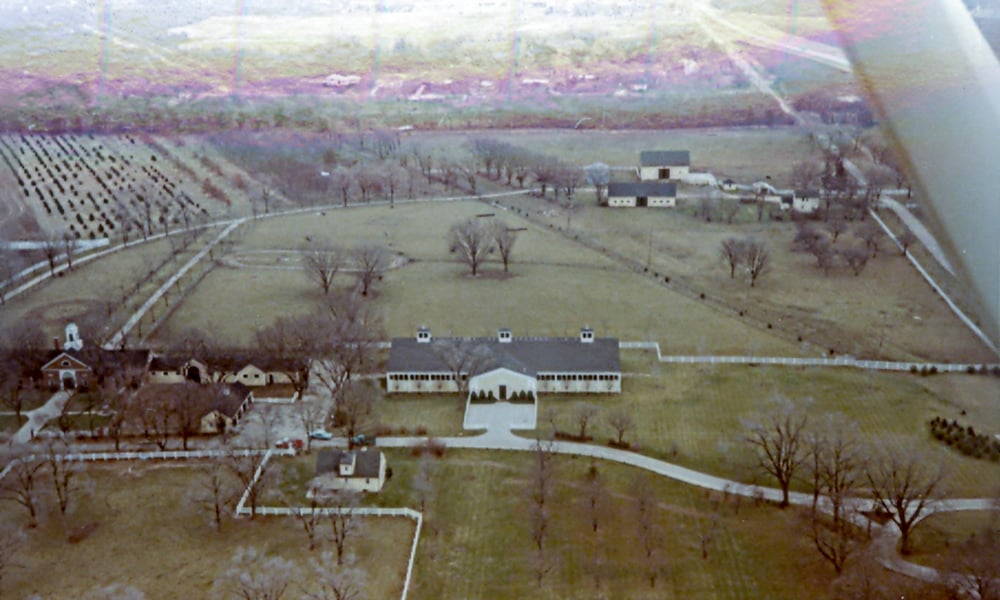 An aerial view of St. James Farm looking east was taken in the early 1970s. In the middle is the indoor riding arena, and in the upper right are two yellow barns. Today only one remains -- the East Farm Barn.

Fast forward 60 years and plans are being made to transform the East Farm from hayfields and paddocks into a meticulous equestrian venue for competitions. Chauncey and Marion’s son, Brooks McCormick, invested close to 10 years developing this area, with a constant eye toward improvement.

The octagon-shaped show stable was built in 1983 to house 62 guest horses for events. The foundation of the second barn was finally eliminated, and in its place a pavilion was constructed to provide a spot for refreshments for the 200 competitors and spectators. 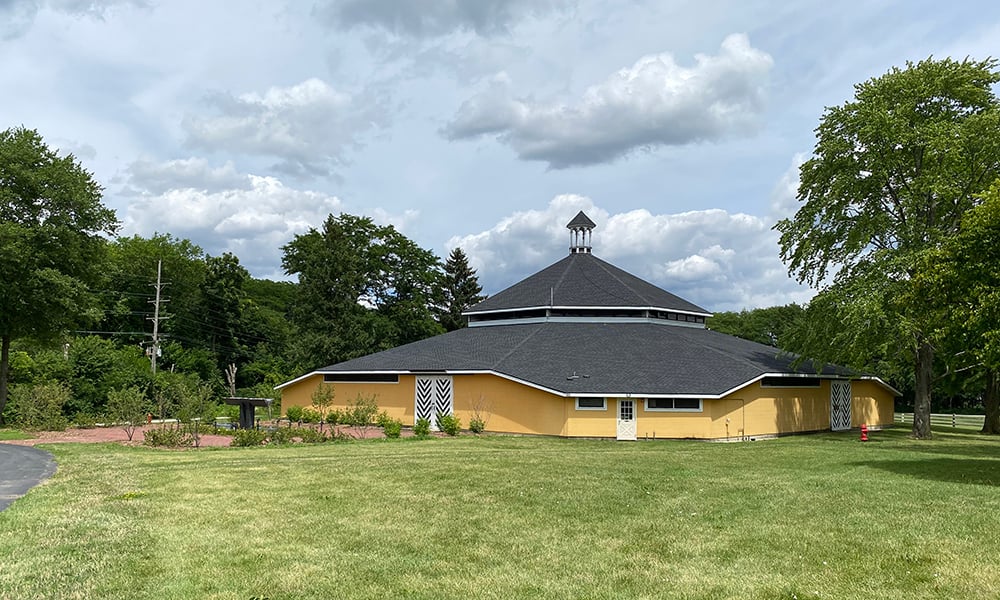 The McCormicks built this octagon-shaped show stable in 1983 to house 62 guest horses for events in an effort to transform the land into a meticulous equestrian venue for competitions..

Bring on the Steeplechase

A large grass jumping arena with a bank and water hazard was completed, with three large flagpoles bordering its western edge. A two-story judges’ stand was erected that was equipped with an antique steam locomotive bell to signal the start of an event.

The 1906 caboose, which formerly stood near the McCormicks’ house, was relocated to the East Farm to serve as headquarters for show officials. It had originally been placed closer to the mansion and tucked into the woods behind a log cabin until 1971, when it was moved to St James. 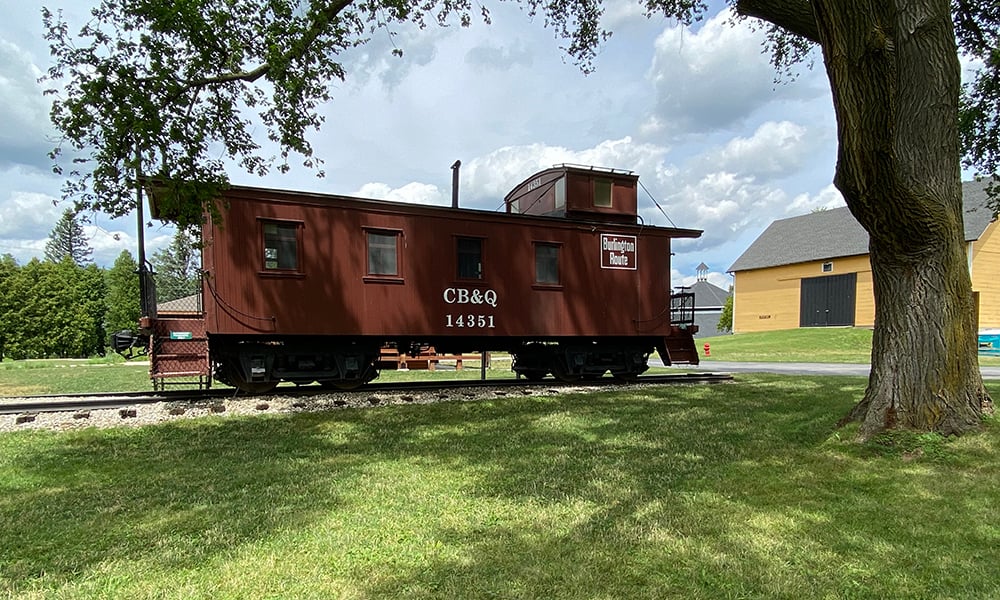 The 1906 caboose was relocated to the East Farm to serve as headquarters for show officials. It had originally been placed closer to the mansion and tucked into the woods behind a log cabin until 1971, when it was moved to St James.

Three dressage arenas were built, and numerous evergreens were transplanted from St. James’ nurseries to provide instant landscaping. For more than a decade, this area was the setting for dozens of horse shows and competitions, such as cross country, dressage, and show jumping. A steeplechase course was also constructed south of Butterfield Road.

In 2000, the farm’s equestrian operations director of St. James Farm retired, which led to the dismantling of the dressage arenas and steeplechase course. Time continued to deteriorate the Bollwegs’ home, and the decision was made to raze it. The property was sold as a life estate to the DuPage Forest Preserve District, and the farm once again returned to a quiet retreat for its owner. 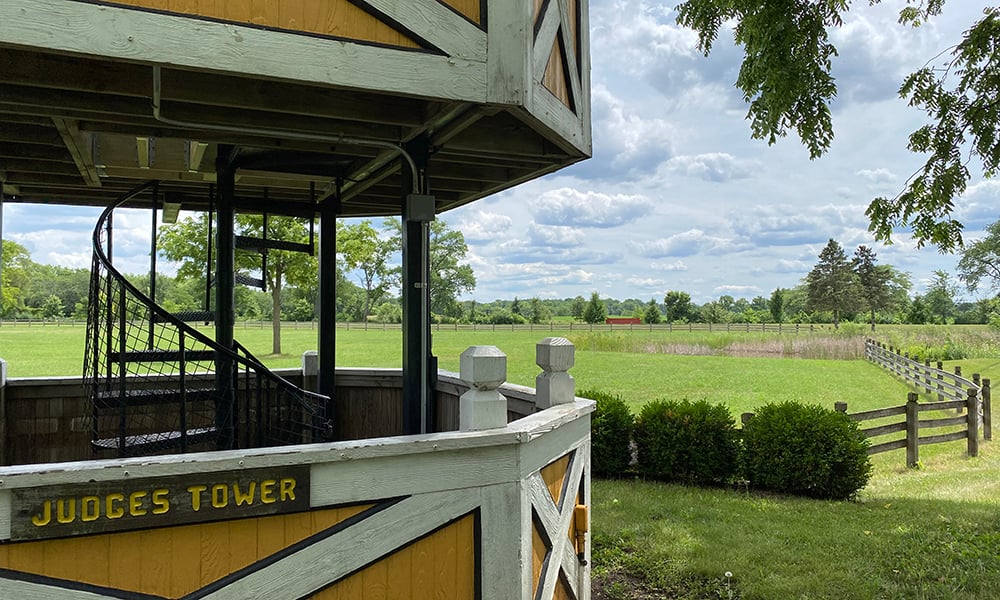 A two-story judges’ stand was erected that was equipped with an antique steam locomotive bell to signal the start of an event.

Today, if you walk through the East Farm, you’ll see three rectangular-shaped prairie restorations—the three former dressage arenas. The show jumping arena is now custom baled to provide hay for animals at Kline Creek Farm and Danada Equestrian Center. The caboose has been repainted to its original color scheme and enhanced with additional equipment and photos from when it was in service behind the Kroehler Furniture Factory in Naperville.

The pavilion is now used for hundreds of special events from weddings to picnics, fundraisers and family reunions. And as St. James Farm revisits its master plan in coming years, new plans will be made for its future, including possible upgrades to the show stable.

We invite you to use our new selfie station to memorialize your experience at St. James Farm. When you find the selfie station, set the camera timer on your smartphone and place your phone on the wooden frame and then stand in front of the phone to capture a photo of you at St. James Farm. Share your photos on Facebook or Instagram and tag them with #dupageforest and #dupagehistory to document your place in history. 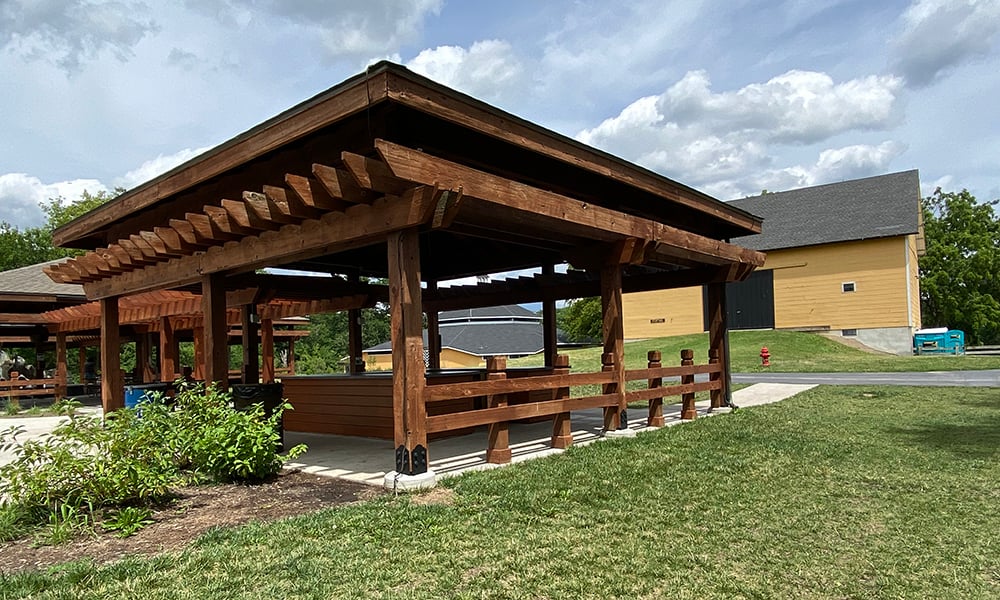