A Fish Tale to Remember

A Fish Tale to Remember 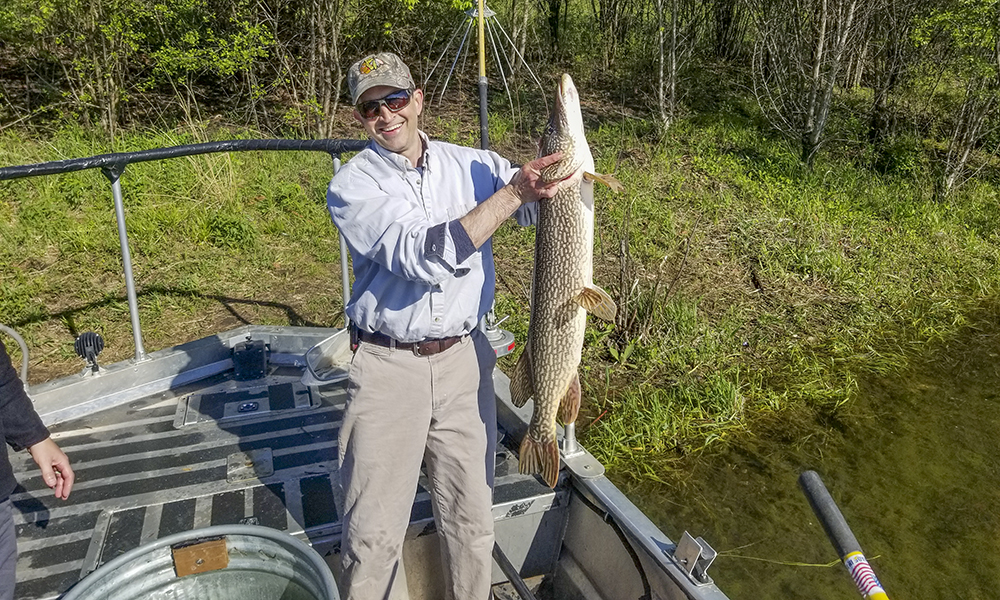 I’m a fisherman and I’m not lying when I tell you: There’s a 42-inch northern pike lurking in Silver Lake at Blackwell Forest Preserve in Warrenville!

I was lucky enough to see the giant firsthand as part of an electrofishing survey experience offered through the Forest Preserve District’s “Night for Nature” benefit dinner held last fall. I went out on the lake with District fisheries ecologist Dan Grigas and District Natural Resources Director Erik Neidy, who ran the survey.

Electrofishing uses harmless electrical currents to temporarily bring fish to the surface to be netted and measured so the District can gauge the health of the aquatic ecosystem. Information on fish population and size can lead to changes in creel regulations (the size and number of sport fish an angler can keep in a day) or generate recommendations to stock certain species or introduce new ones. 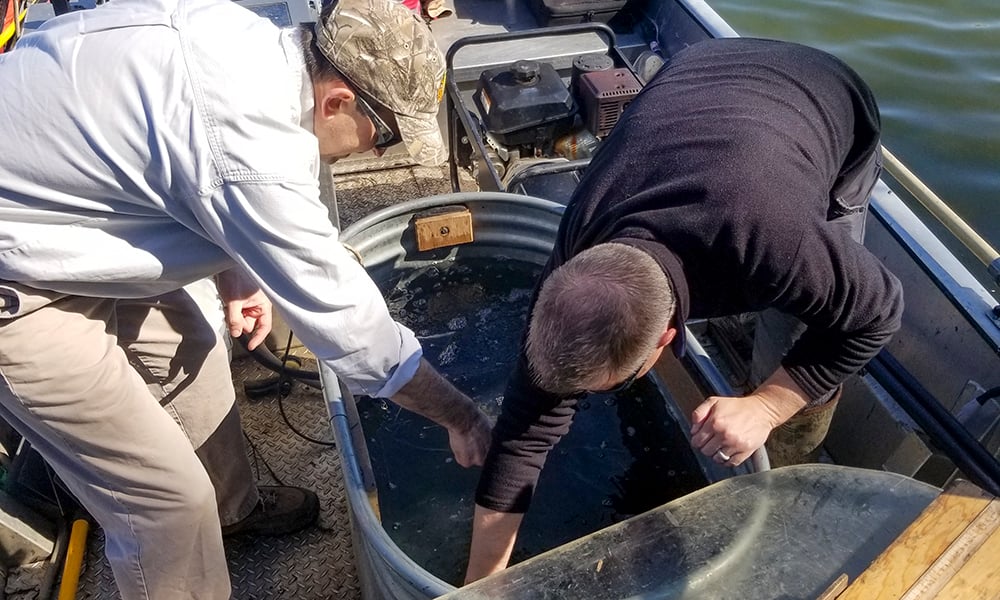 Dan and Erik were great. They took their time to explain safety, equipment, netting, releasing, tagging, and more. In the end, they educated me on how the data is used for lake management purposes. These guys were fun to work with! It was truly a great day to be on the water!

If the District offers the experience again, I would certainly encourage anyone interested in fisheries management (or anyone who just enjoys fishing) to bid on it. Electrofishing is a harmless way of gathering fish data for science and research, but it’s also a great way to see some beautiful fish. 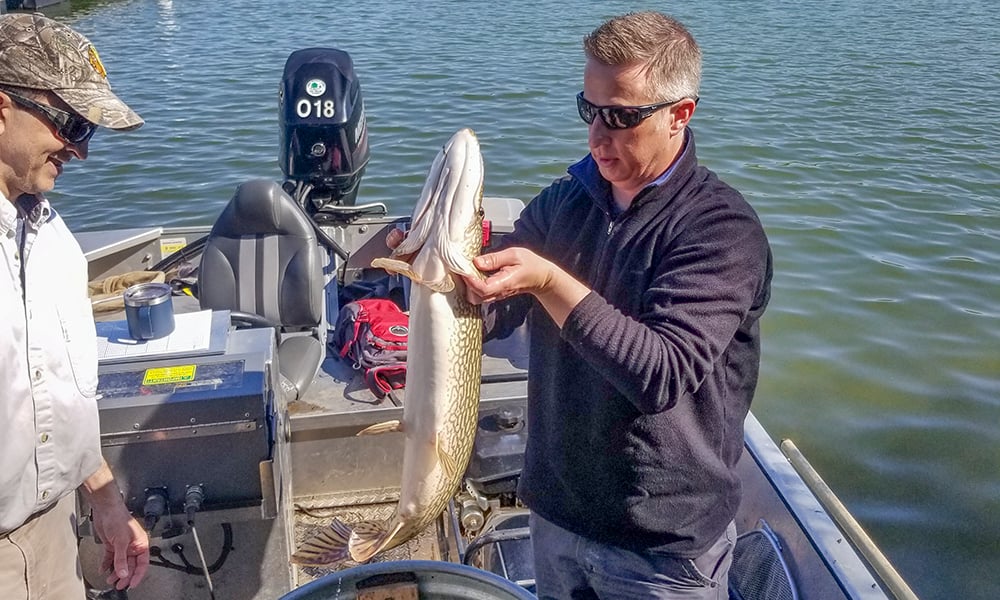 Koldoff and Neidy check out one of the fish during the electrofishing experience at Silver Lake.

When I was a 10-year-old kid and just learning about fishing, I had heard tales of northern pike haunting fishermen at Blackwell. Over the years I’ve caught hundreds of those toothy critters, but this Silver Lake beast is the largest I’ve ever met! I hope her legacy continues and she’s able to thrill other 10-year-old kids someday.

I want to thank the Forest Preserve District for the opportunity to participate in the survey. It was a truly unique and rewarding experience.

Koldoff is an ecologist working in DuPage County for 25 years. He has served as a consultant to the District on projects involving wetlands and streams, and was lucky enough to land the largest fish (a northern pike!) at the 2016 Hard Water Classic Ice Fishing Tournament at Blackwell.