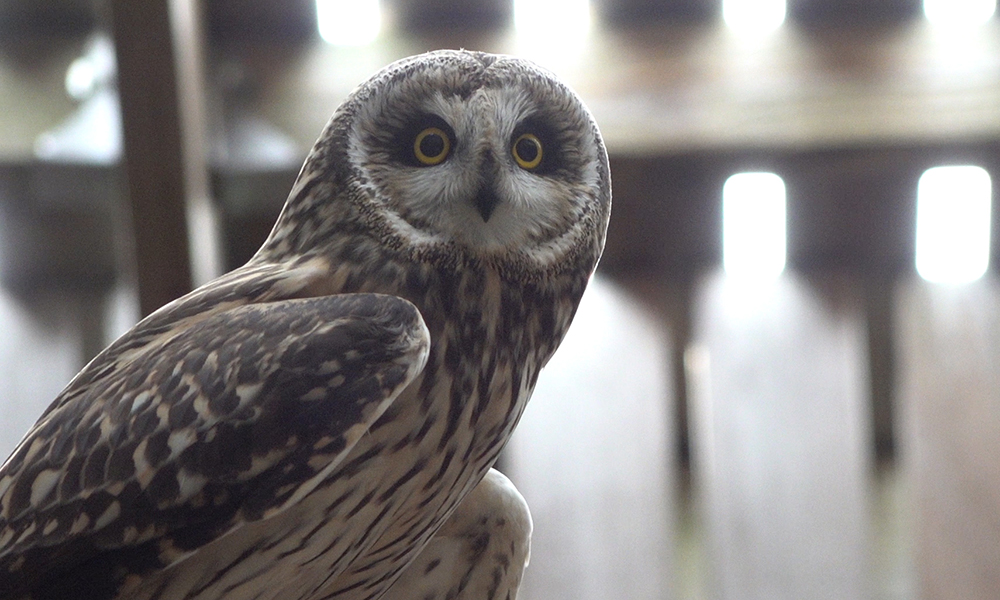 Thanks to the dedicated staff at the Forest Preserve District’s Willowbrook Wildlife Center in Glen Ellyn, a now-healthy short-eared owl has made its way back home in the wild in time for the owl-idays. (Sorry, we couldn’t help ourselves with that one! What a hoot!)

After a short, few weeks' stay at the wildlife rehabilitation and education center, the animal was released into Springbrook Prairie Forest Preserve, a known overwintering grounds for these birds.

Found on the ground in Villa Park and brought to the center by the volunteer Chicago Bird Collision Monitors, the owl was the victim of a collision, likely with a window or car.

Both of its eyes had blood in them, and its right eye had a large visible ulcer and was not responding normally to light. The bird also had substantial bruising to his body and ruptured air sacs, common injuries with collisions. 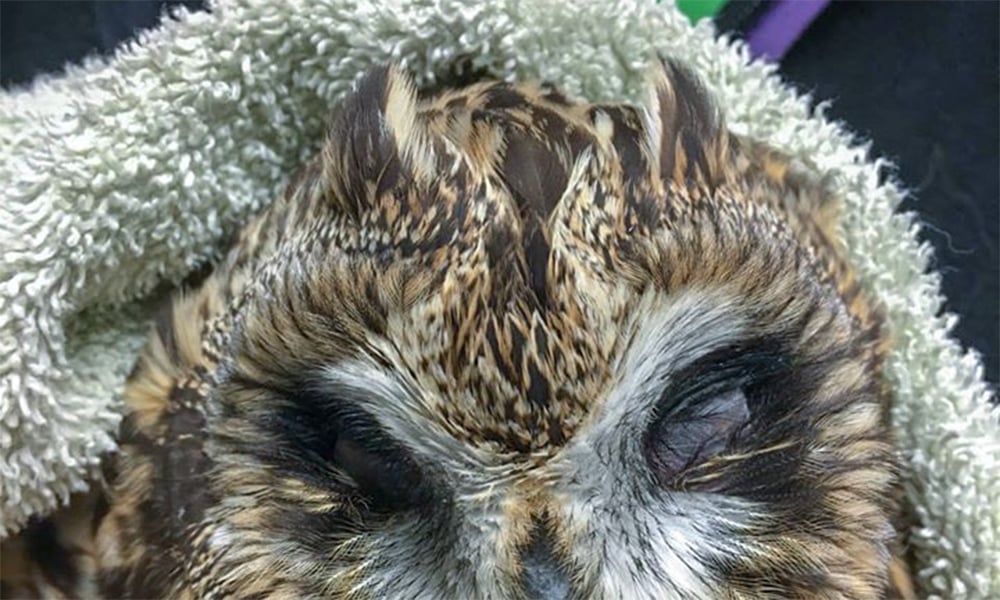 The owl's short "ears" are visible in this admission photo. (They are just feathers on top the bird's head.)

Thankfully, a good night’s rest and some medications, including anti-inflammatories and  antibiotic eyedrops, quickly turned this owl around. By the next day he was alert and eating well with both eyes open. His progress stabilized him enough for X-rays, which showed no significant injuries. 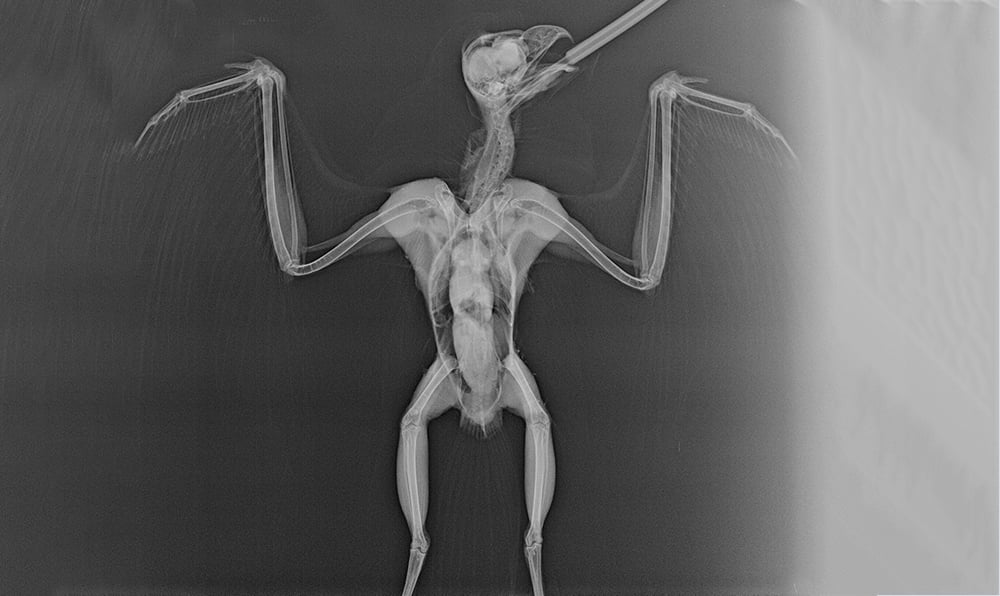 Described as a "great patient," "a good eater" and even "spunky," the bird moved quickly through the rehabilitation process, into incrementally larger enclosures and eventually outdoors only days after arrival. 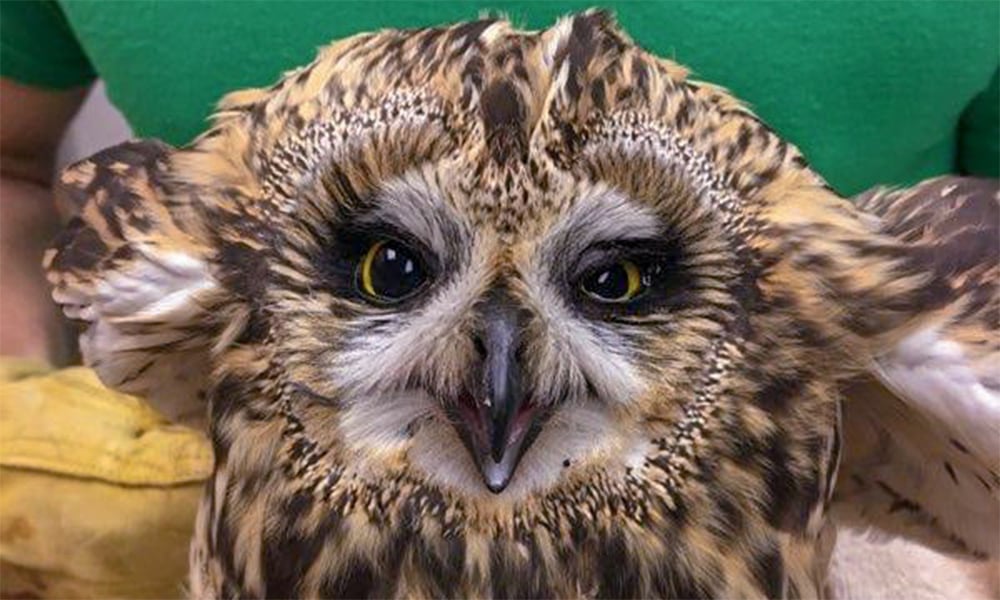 The owl continued to receive regular check-ups to make sure its eye was completely healed before release.

Once it was outside, staff monitored the animal's flight, perching and hunting abilities, and weight. Willowbrook's veterinarian continued to perform regular ocular exams to track the bird's progress and deemed it fully recovered just 25 days after admission. 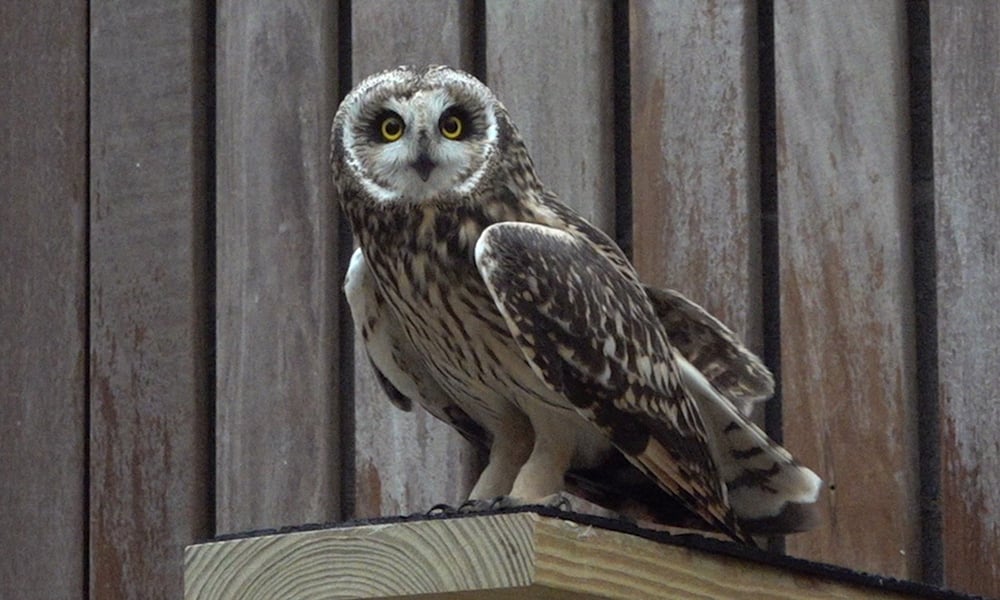 Short-eared owls are endangered in Illinois because of their need for open, dense grasslands or prairies during the breeding season. Even though Illinois is known as “the prairie state,” most of our original prairies have been converted to monoculture farmland, so these owls aren’t able to find the habitat and resources they need.

Short-eared owls are more active around twilight then at night, so the best time to see them is at dawn or dusk. They fly low over tall grasses, hunting for mice and voles, sometimes hovering as they locate their prey.