The Welcome Return of Hummingbirds

The Welcome Return of Hummingbirds 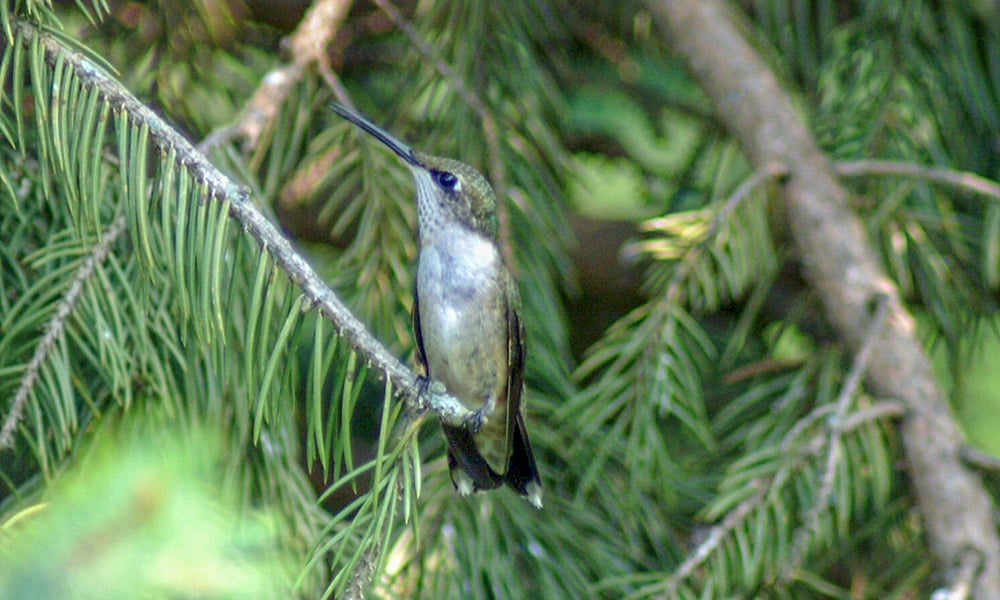 The return of ruby-throated hummingbirds to DuPage County is another sure sign of spring. These amazing birds can fly up to 60 miles per hour and flap their wings 40 ‒ 80 times per second.

Ruby-throated hummingbirds are bright emerald or golden-green on the back and crown, with gray-white underparts. Males have a brilliant iridescent red throat that looks dark when it’s not in good light.

Weighing a mere .1 ‒ .3 ounces, hummingbirds are the smallest of all birds. There are 320 species in the Americas, but the ruby-throated hummingbird is the only one typically found in Illinois.

They are master flyers that can fly straight and fast but also stop instantly, hover and adjust their position up, down or backwards with exquisite control.

Hummingbirds overwinter in Central America and fly over the Gulf of Mexico all in one flight. To prepare for the trek, they double their weight one week before their flight.

Hummingbird nests — the size of a golf ball with eggs the size of peas — are equally impressive and nearly impossible to spot. The female builds the nest using soft downy plant fibers like dandelion seeds and glues it all together using spider webs. They then line the outside with lichen to give it a natural camouflage and make it hard to spot with the naked eye.

Hummingbirds can be heard by the “hum” of their flapping wings. You can also hear their “chatter,” which sounds like high-pitched dolphin chatter. To hear the sounds of a hummingbird, visit Cornell Laboratory’s allaboutbirds.com.

Hummingbirds are in Illinois from roughly May to September or October. While there have been scattered hummingbirds in Illinois in March, they typically arrive in the area in May. You can track their migration on hummingbird.net.

* Effective April 21, 2022, the Illinois Department of Natural Resources recommends that homeowners halt the use of bird feeders and bird baths through May as a precaution to protect our feathered friends from the avian flu.