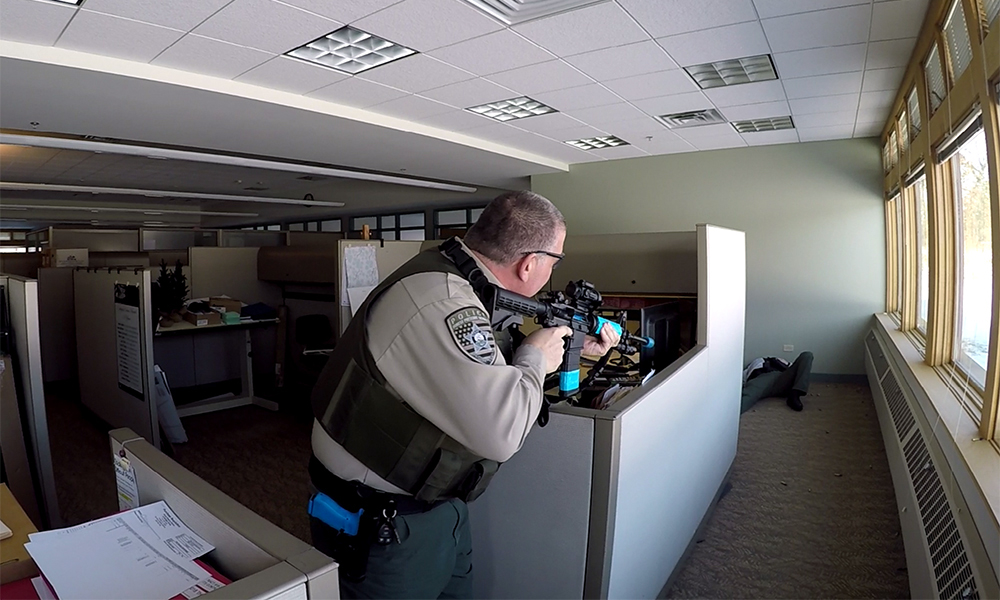 Forest Preserve District ranger police officers Laura Michael and Mark Pinnella led rapid-deployment training for the Law Enforcement department — including its sworn officers, sergeants, lieutenant and chief — in January. Rapid-deployment training is based on standard law-enforcement principles and techniques used during emergency situations, large-scale incidents or crises (such as at a public school or shopping mall) that require multiple agencies from across the state to work effectively and efficiently together.

Officers Michael and Pinnella reviewed several techniques during the training. Officers were then given some basic information, similar to what would be given them at the onset of a real incident, and “dispatched” as groups or individuals to respond to scenarios. Officers were confronted with offenders, victims or suspects in “real time”. They were then required to react and adapt to each unique situation. After the exercise, the instructors reviewed the officers’ response and actions and provided constructive critiques about their enforcement. For example, how did a group of officers handle an unknown person running in a public-restricted hallway at an office building? Or how did a group of officers respond as a rescue unit in another situation? 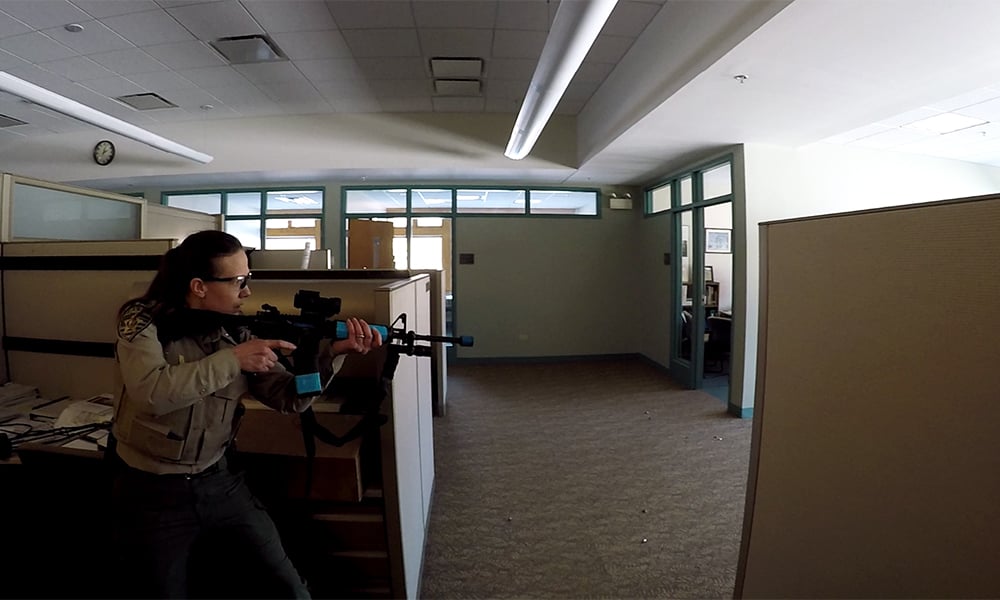 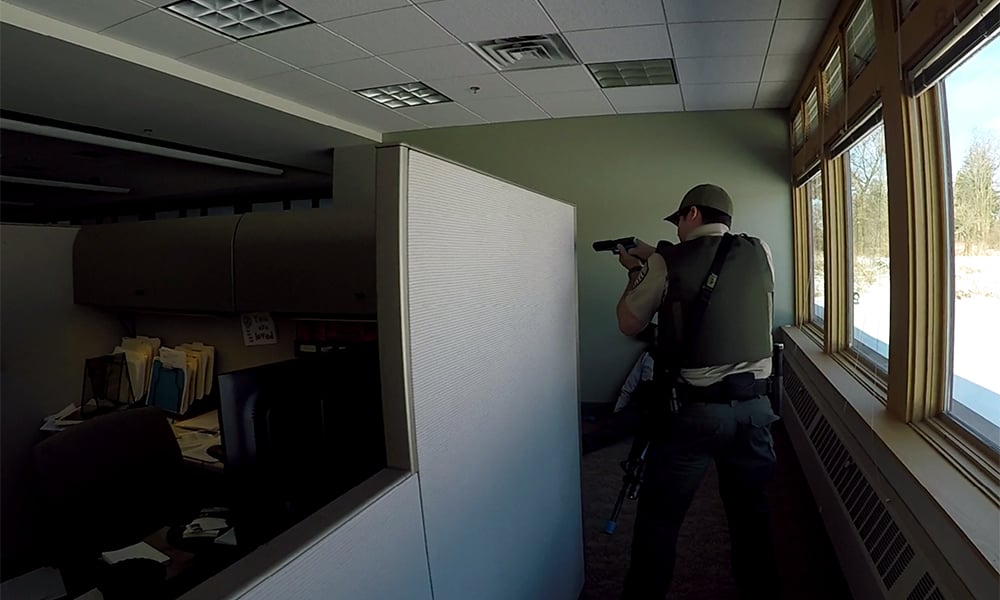 Officers participated in rapid-deployment training with emptied firearms as a safety requirement; no live weapons were used during any of the training scenarios.

Although the training was held indoors at the headquarters building and other facilities, the foundation for communications, tactics and deployment would be similar for use in the DuPage forest preserves. “Many of the training techniques can be transferred to the outdoors,” said Ranger Police Lieutenant Shelli Jandura. “However, we’d make adaptations to account for variances, such as no rooms or hallways but lots of trees and topography changes in the preserves.” 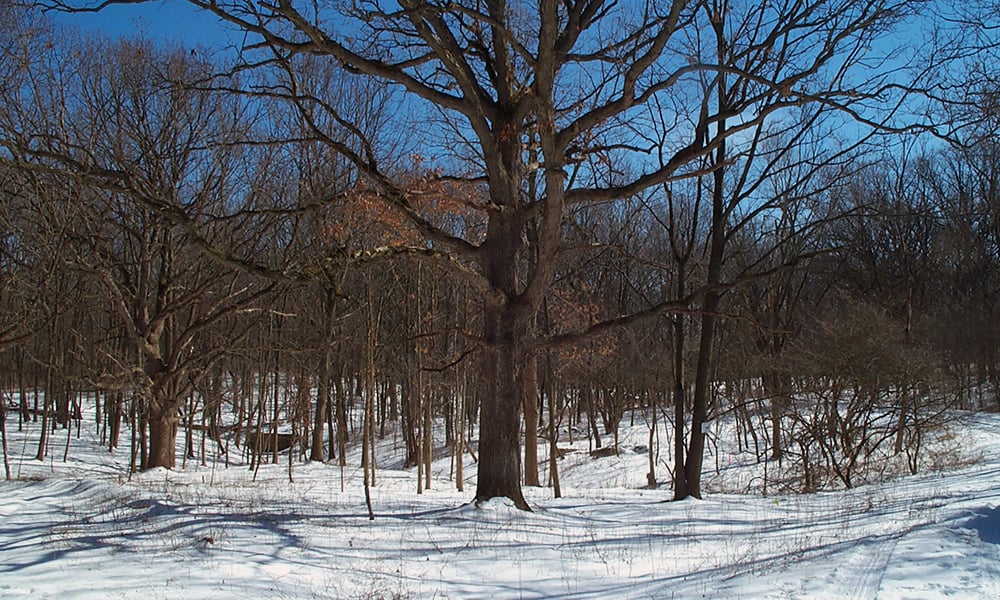 Waterfall Glen Forest Preserve in Darien features unique topography and a variety of habitats, including this savanna.

Training for the officers has evolved over the years. “Prior to the Columbine incident — which occurred 20 years ago — officers were trained to wait for SWAT to enter buildings,” said Ranger Police Lieutenant Jandura. “This has evolved to small-group entry training and more recently single-officer entry training. It is imperative that responses from law enforcement officers adapt to what is occurring in present-day society.

Training is ever evolving, and we try to keep up with techniques and training guidelines that will help us best serve the Forest Preserve District, DuPage County residents and DuPage forest preserve visitors.”

Officers Michael and Pinnella are certified firearms and rapid-deployment instructors.

All law enforcement agencies in Illinois are required by the State Training and Standards Board to meet various training mandates. One of these — the Use of Force — must be met annually.

Officer Michael created a lesson plan based on a previous training she attended. She then sent the lesson plan to the State Training and Standards Board for approval to meet the Use of Force mandate. The Forest Preserve District completed the mandate in-house in a relative timeframe rather than sending its officers to multiple off-site training opportunities throughout the year.