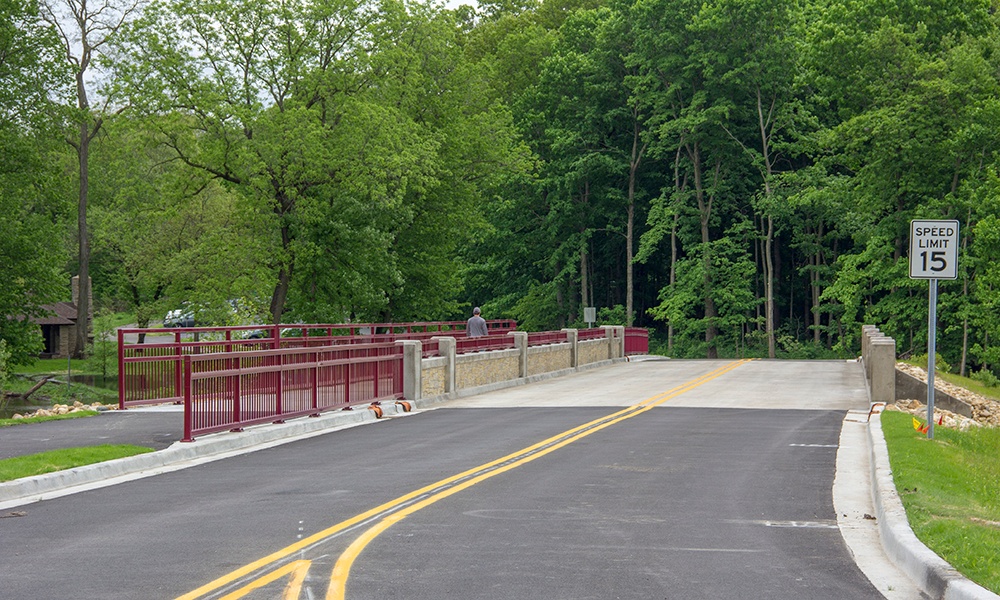 Forest Preserve District of DuPage County officials celebrated the opening of the new two-lane entrance bridge at McDowell Grove Forest Preserve in Naperville at a May 29 ribbon-cutting ceremony at the preserve on Raymond Drive.

“The new bridge makes it much easier for visitors to access the preserve by vehicle or on foot or bicycle on the West Branch DuPage River Trail,” said Forest Preserve District of DuPage County President Joe Cantore.

The new bridge has two lanes for cars and trucks and a separate elevated trail with a barrier wall for pedestrian and bicycle traffic. It also provides a clear span of the river and higher elevation to minimize debris buildup during floods. The project also reconfigured the entrance to eliminate a dangerous curve and rerouted the West Branch DuPage River Trail to avoid the parking lot. 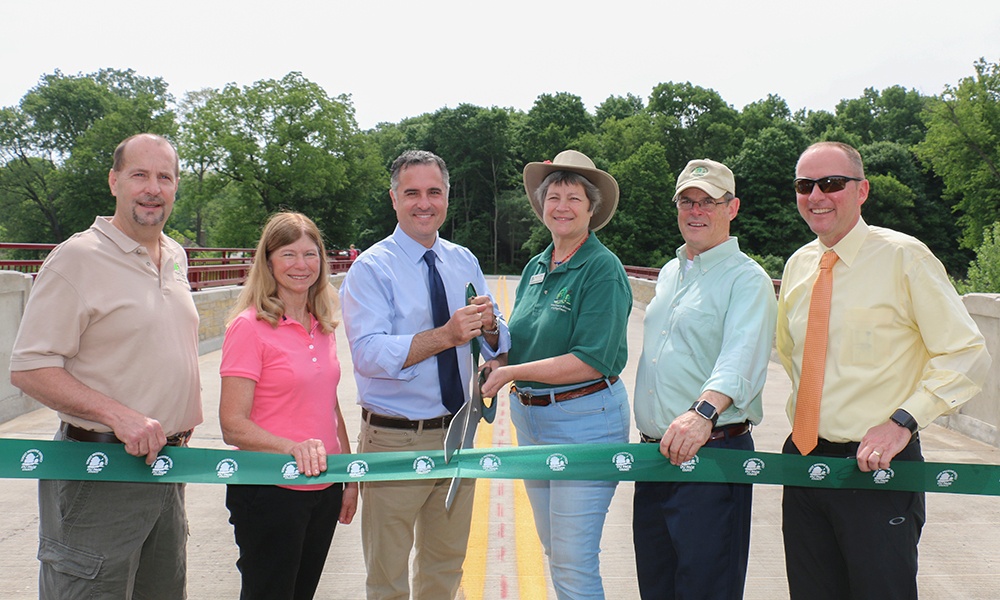 Work began in August 2017 to replace the previous 70-year-old one-lane entrance bridge, which was heavily shared by cars, bikes and pedestrians as part of the popular West Branch Regional Trail. It also had a 5-ton weight limit, which restricted access for emergency and maintenance vehicles. 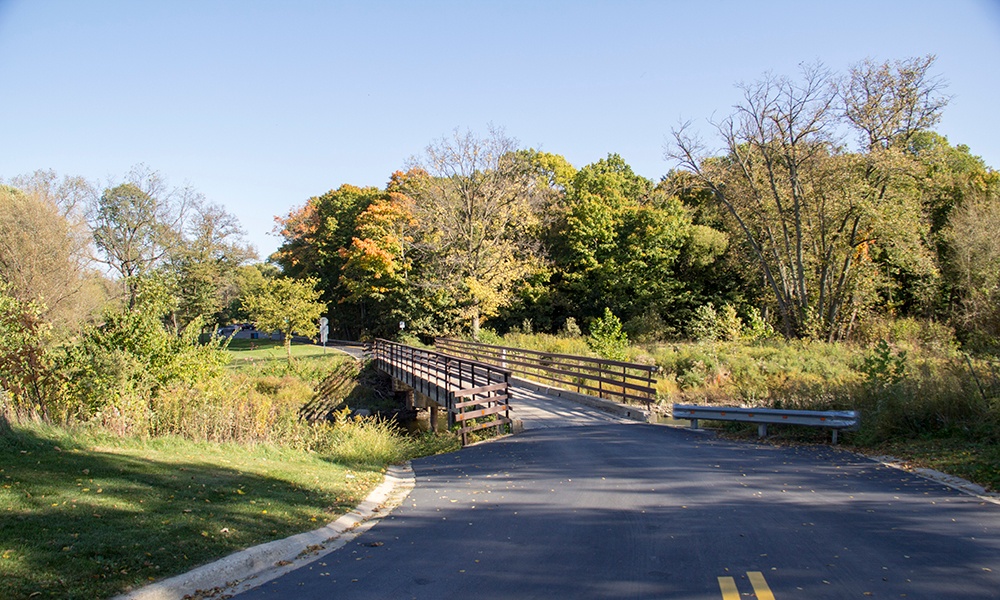 The old one-lane entrance bridge at McDowell Forest Preserve in Naperville was shared by vehicles, bicyclists and pedestrians. 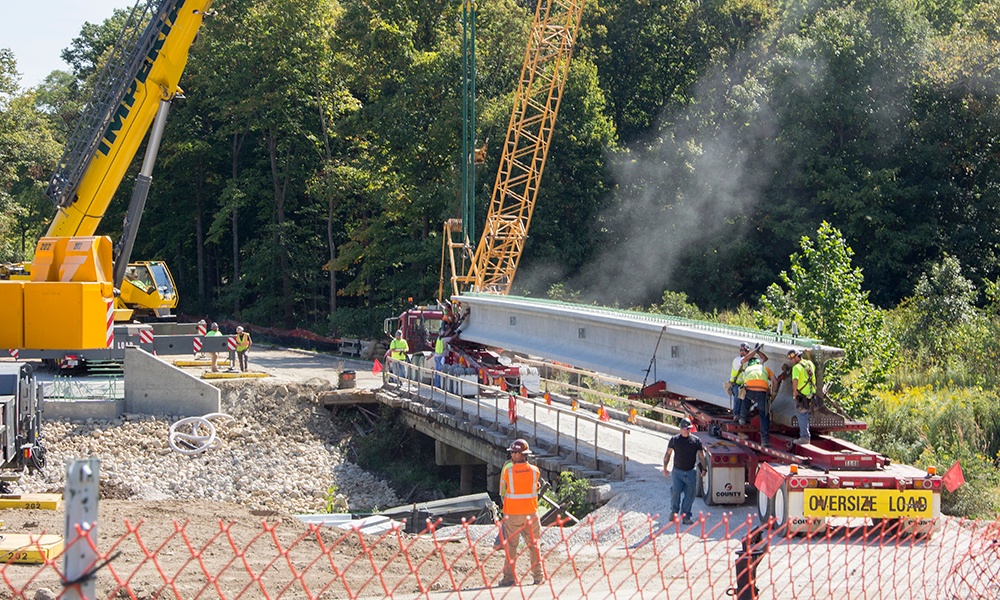 Seven 140-foot-long precast concrete beams weighing more than 131,000 pounds each were installed for the new bridge in September 2017. 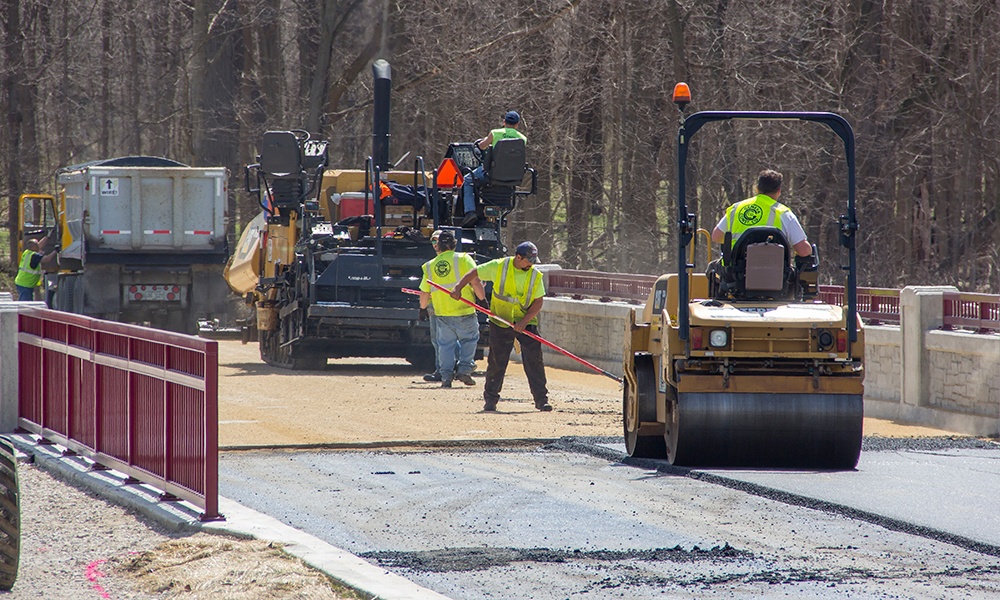 Crews pave the approach to the new bridge in April 2018. 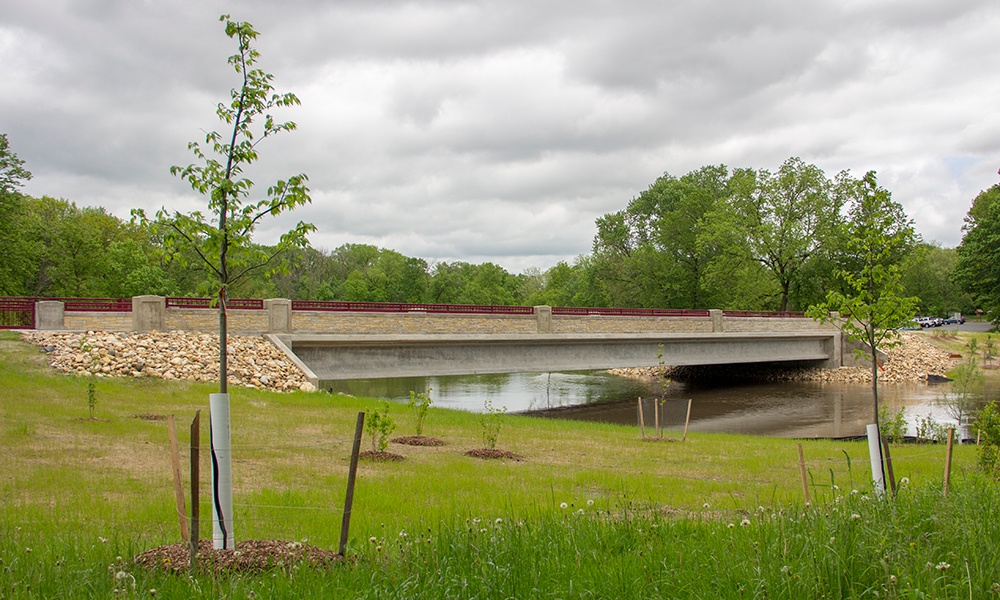 The new two-lane bridge with a separate path for bicyclists and pedestrians opens to the public in May 2018.