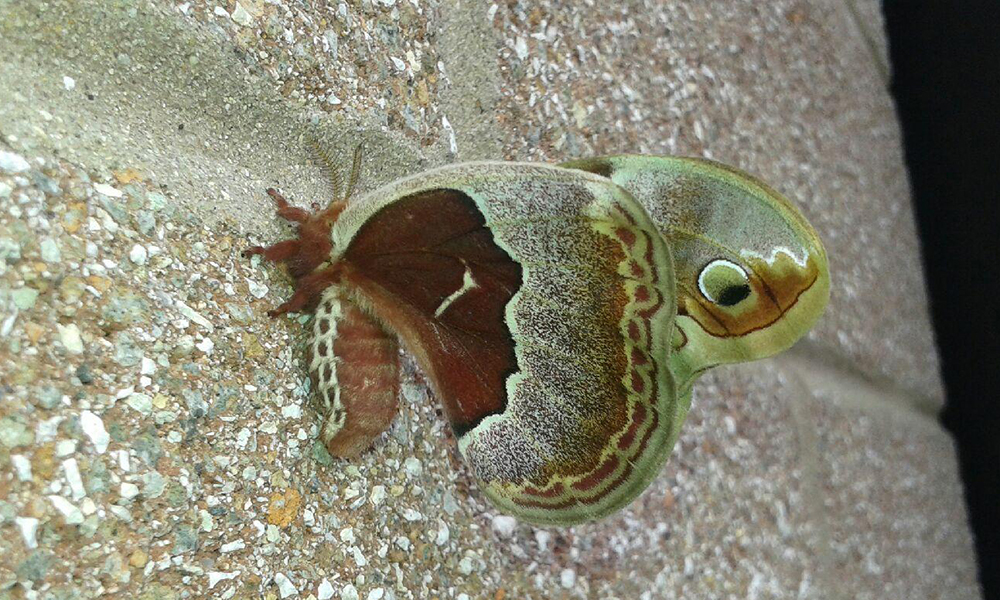 Moths sometimes seem like the forgotten cousins of butterflies. While butterflies may be some of the most well-known insects in the world, there are many more species of moths.

In fact, there are "only" 17,500 known species of butterflies compared to almost 160,000 species of moths. Nearly 11,000 of those can be found in the United States. With moths as numerous as they are, why do they seem so mysterious? Let's explore.

Why People Know Little About Moths

Moths have a reputation for being drab, boring creatures whose only real purpose is to stick to your screen door at night or chew holes in your favorite wool sweater. The reality is that moths are magnificent! They come in all shapes, sizes and colors, and only a few of them are out to eat your clothes. Since moths are mostly nocturnal, we humans tend to pay more attention to their daytime flying cousins, butterflies. 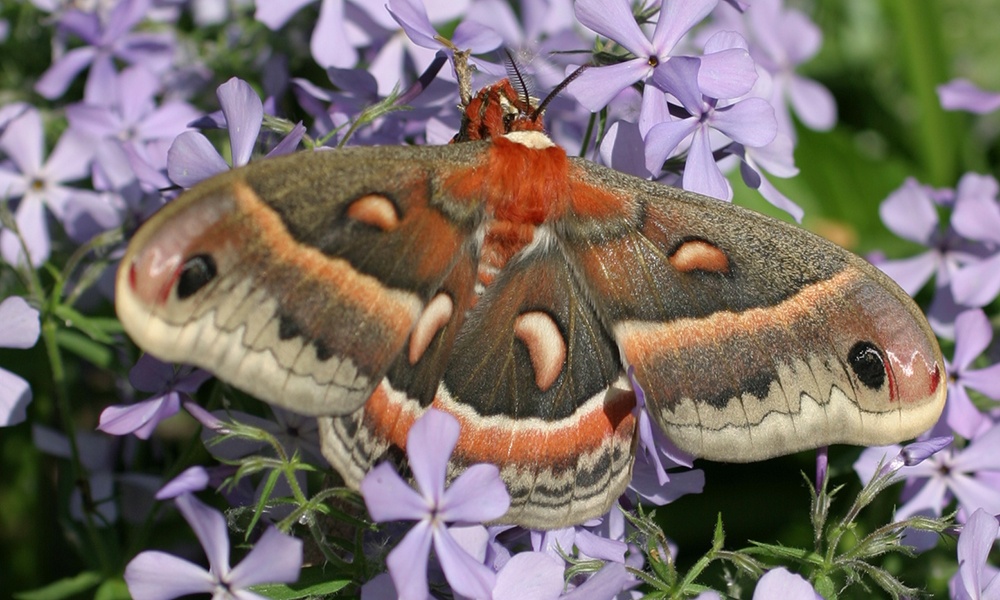 What Makes Moths Different from Butterflies

It's complicated. Moths and butterflies are both members of the order Lepidoptera, so they're closely related and probably have more similarities than they do differences.

In addition to the behavioral differences mentioned above (night flyers versus day flyers), moths can usually be distinguished by their wings at rest. Butterflies normally fold their wings vertically over their backs, while most moths hold theirs horizontally, looking like fighter jets.

Their antennae are also different. Moths' are typically threadlike or feathery; butterflies are club-tipped. 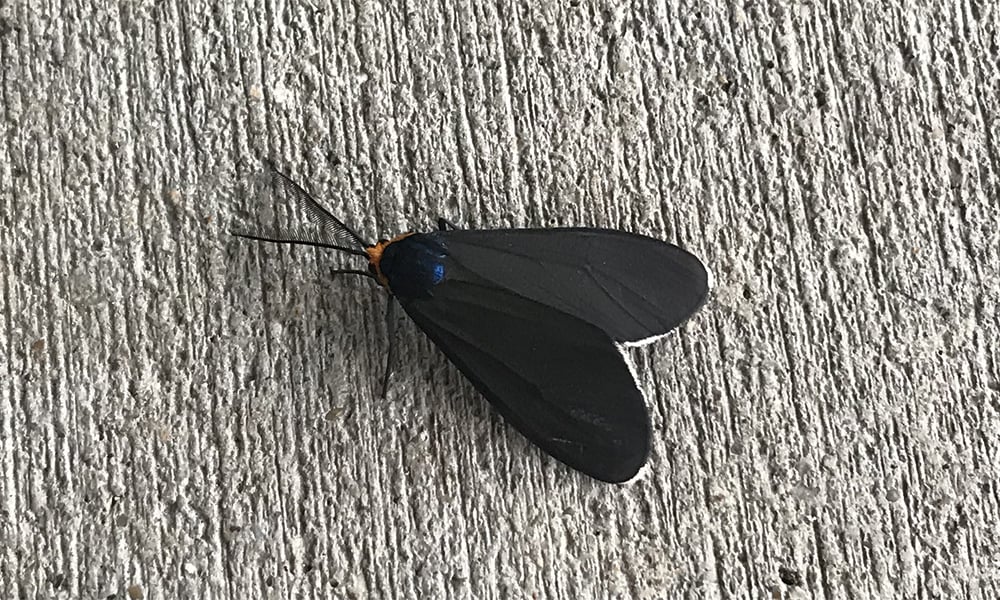 The Purpose of Moths

Moths are vital pollinators. Some species drink nectar and in turn carry pollen from plant to plant. They're also an important food source for many animals, including humans. Bats prefer to eat adult moths, while songbirds favor caterpillars.

What You Can Do to Help Moth Populations in DuPage County

Use native plants in your yard, and manage your landscape only when necessary. Insects need "untidy" places for cover and insulation from the elements. Leave those leaves in your yard in the fall and winter, and trim your hedges a little less. 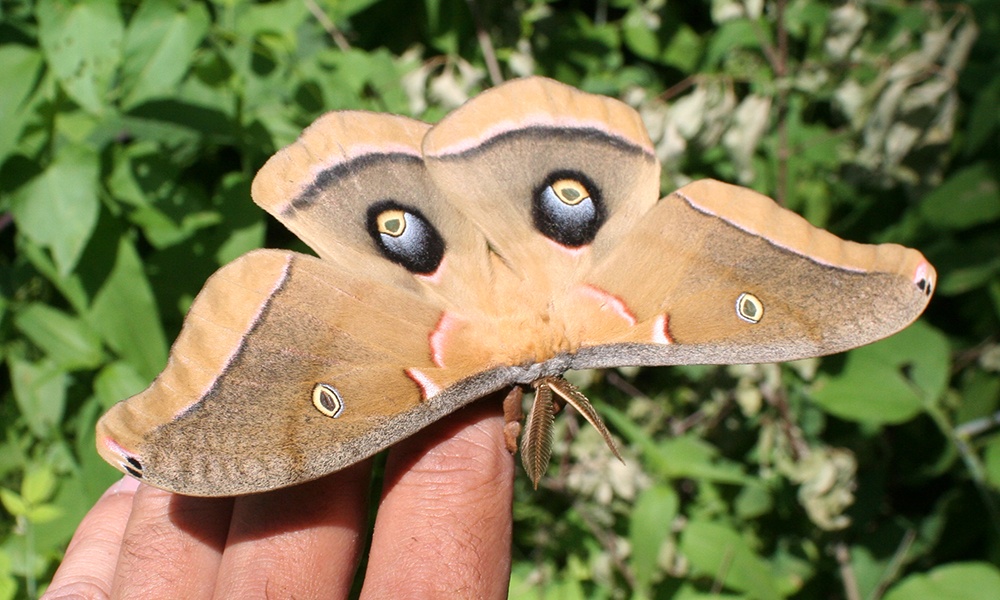 The polyphemus moth (Antheraea polyphemus) is one of the largest and most beautiful silk moths.

Where to See Moths Up Close

During the day, nocturnal species of moths are tucked into dark cracks or spaces to sleep. But there are moths out during the day, so take a second look at the insects flying around flowers as there may be a moth.

Most nocturnal moths are attracted to light. The scientific basis for this attraction is not yet clear, and it doesn’t have to be any special kind of light, either. Looking for moths under your porch light can produce a diverse group! 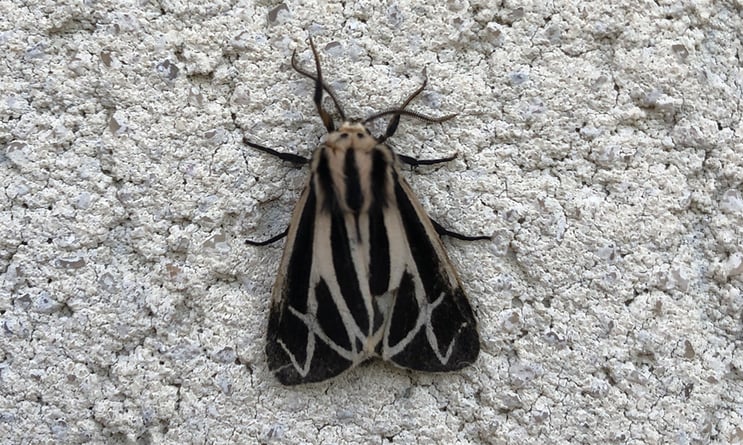 A tiger moth at Danada Forest Preserve. Many tiger moths wear bright colors, which may serve to warn predators that they'd be an unpalatable meal. 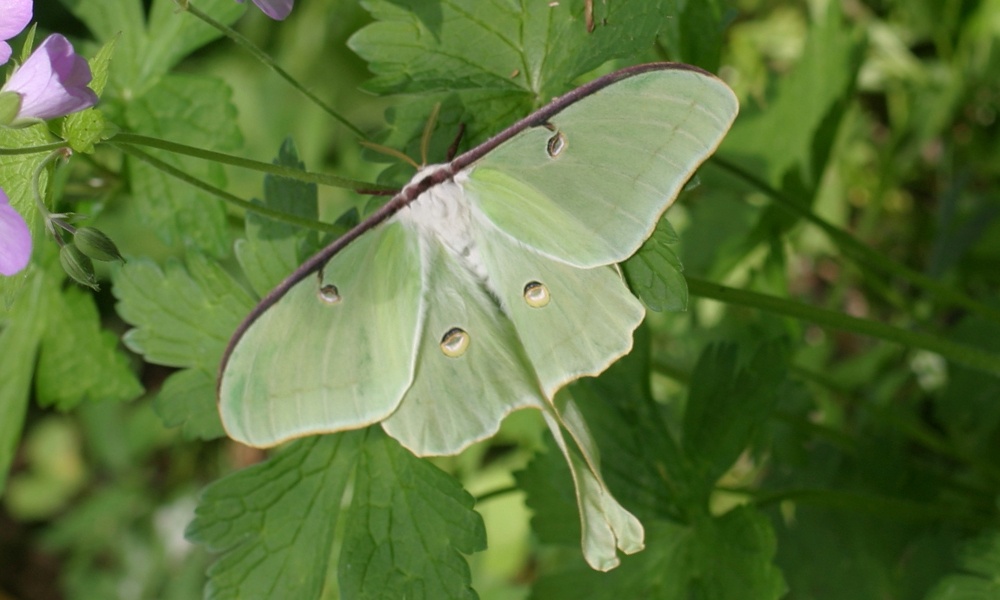 The luna moth (Actias luna) is found only in North America. It only lives for about a week after leaving the cocoon, and it doesn't ever eat.