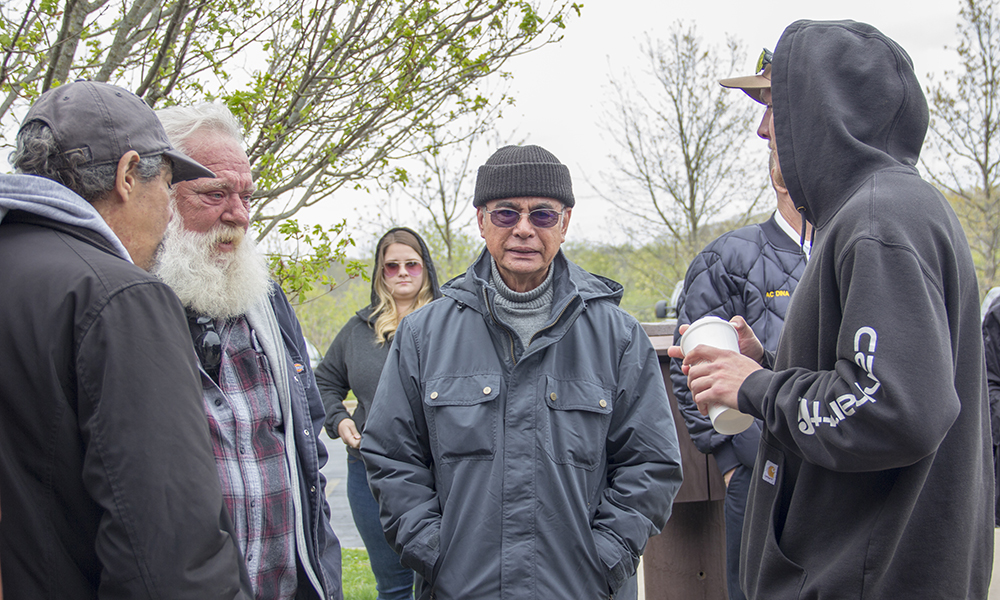 Ramon Garchitorena is able to fish another day thanks to the heroic efforts of three other anglers on Silver Lake at Blackwell Forest Preserve in Warrenville.

Garchitorena, 71, of Forest Park, was fishing in a remote area at the south end of Silver Lake on April 24 when he dropped a lure. As he went to retrieve it, his boot got stuck in the mud and he fell into Silver Lake.

Tyler Line, 24, of Genoa, had just started fishing when he saw Garchitorena fall into the lake. Without hesitation, he ran over to save him. 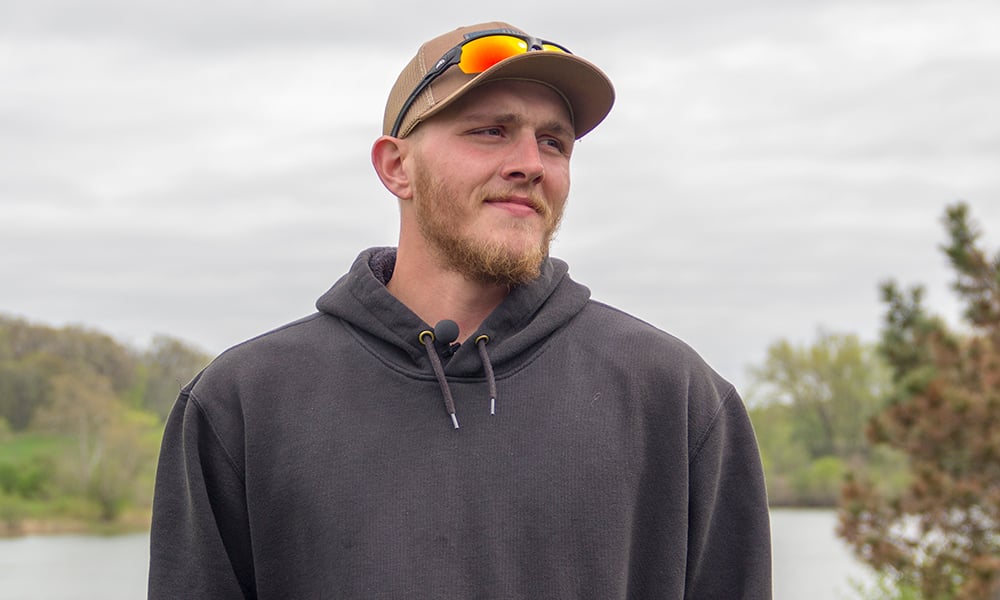 Tyler Line of Genoa talks about how he saved Ramon Garchitorena from drowning at Silver Lake.

“I saw bubbles coming from his location, from his body. He was floating upside down,” Line said. “I took all my clothes off and started swimming out to him. I got him back to shore and started giving him CPR.”

Throughout it all, Line also kept yelling, “Call 911” to anyone who might be in the area.

Nearby, Gary Jacobs and his brother-in-law Alfred Cedeno were trying out Jacobs new boat. 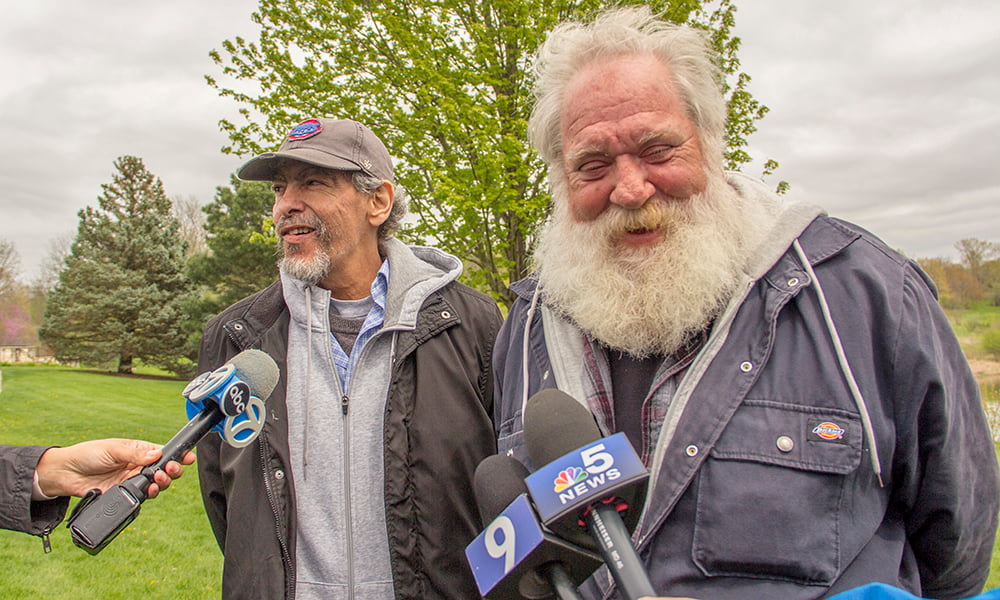 Alfred Cedeno (left) and Gary Jacobs talk to reporters about their part in the rescue effort.

“We heard Tyler yell what we thought was ‘I’m No. 1’ repeatedly,” Cedeno said.

“I told my brother-in-law, ‘Don’t talk to him. He’s crazy,’” Jacobs said. “Then I see him pull out the gentleman and start doing CPR.”

Garchitorena coughed up some water and started breathing on the scene and was taken to the hospital. Hospital staff told police that Garchitorena would not have made it if Line had not performed CPR on him. 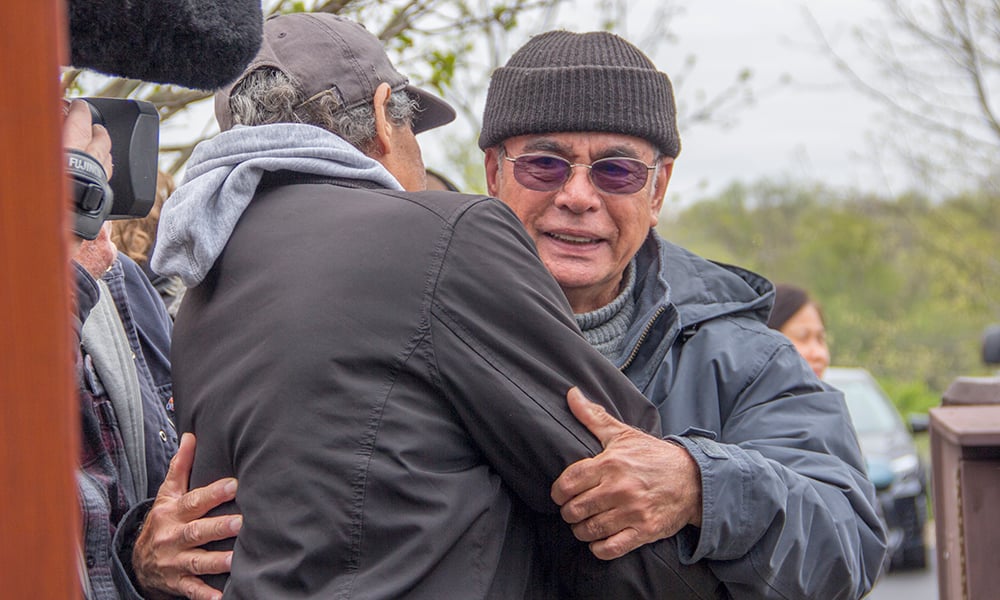 “I’m glad he’s here to fish another day,” Line said. “I expect him to go fishing with me now.”

Garchitorena said he plans to return to fishing at Silver Lake soon.

For their efforts, Line, Cedeno and Jacobs were recognized by Forest Preserve District and Warrenville Fire Protection District officials at a ceremony overlooking Silver Lake at Blackwell on May 7.

It was the first time since the incident the four had seen each other.

“Actions speak louder than words, and your actions speak so very loud for all the residents of DuPage. Thanks for keeping our preserves safe, thanks for jumping into action,” said Forest Preserve District of DuPage County President Daniel Hebreard as he gave the men plaques. “We so deeply appreciate it. We know our preserves are in good hands with you guys coming out to fish.” 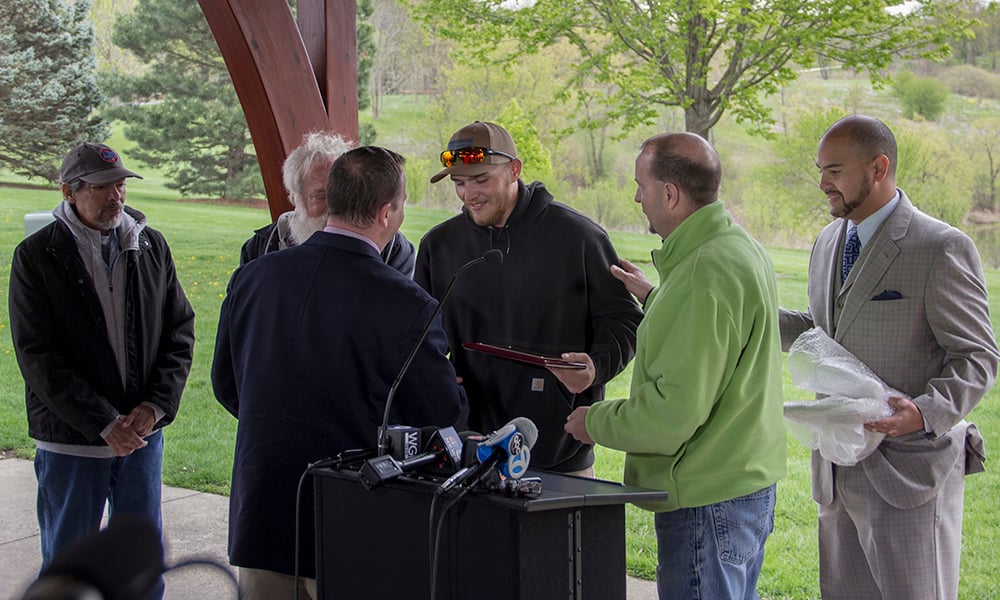 “This is an excellent example of our patrons being alert and not hesitating to help others in need,” Hebreard said. “If it wasn’t for the efforts of nearby fishermen, this story could have been very different.”

“Thankfully this has a happy ending,” said Tony Martinez, Forest Preserve District director of Communications & Marketing. “When you’re out and about, make sure you stay vigilant. Make sure you know your surroundings. When there’s someone in need, lend a helping hand.” 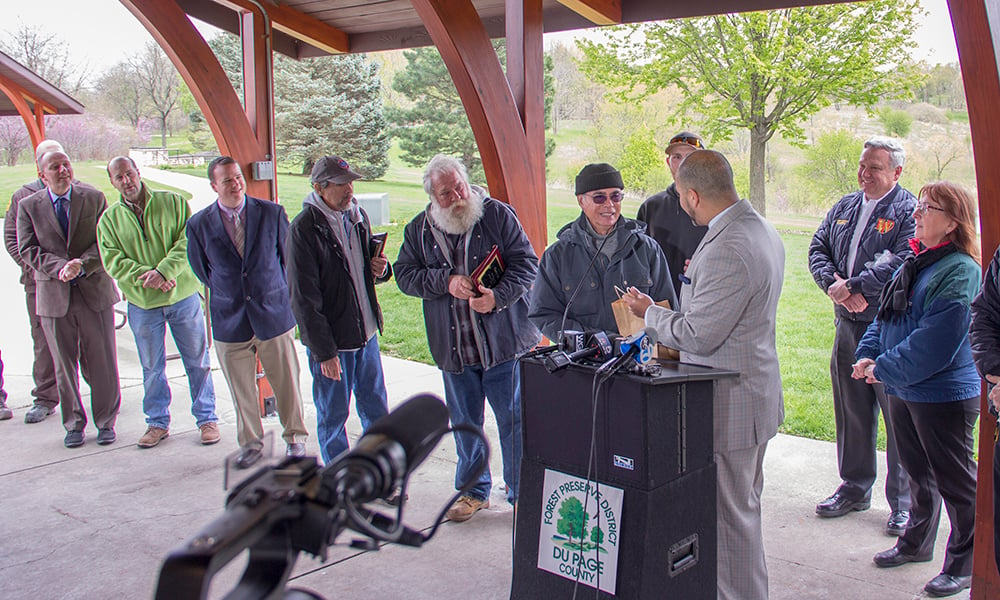 Tony Martinez, director of Communications & Marketing at the Forest Preserve District, presents Garchitorena with a gift at the ceremony.

Officials from the Warrenville Fire Protection District also presented the men with plaques for their heroic efforts.

“This was definitely a joint effort. With the quick response of our firefighters, they ... did a fantastic job coordinating efforts to bring this man back to life,” said Fire Chief Dennis Rogers of the Warrenville Fire Protection District. 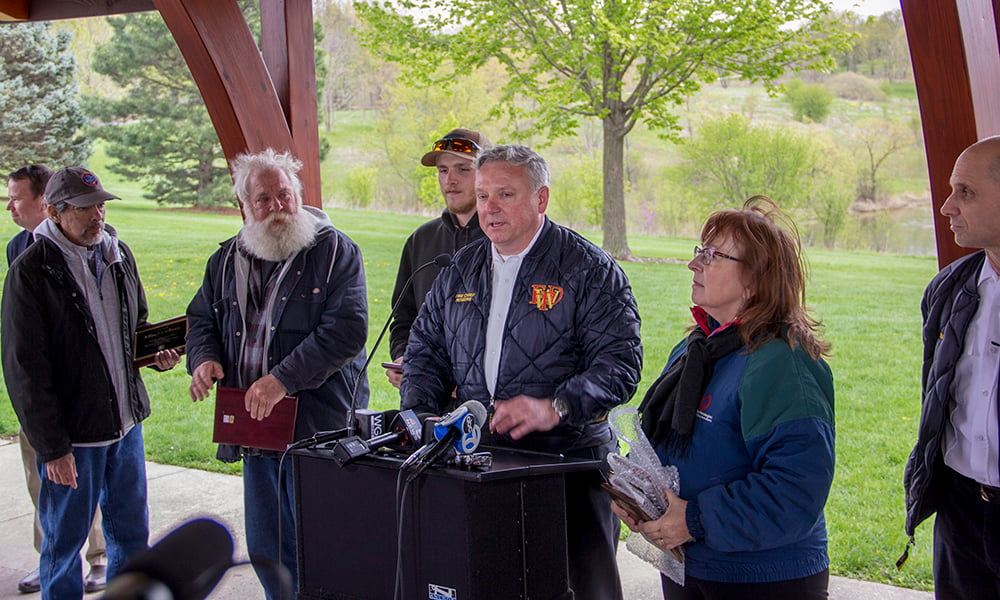 Warrenville Fire Protection District President Kate Perkins said, “On behalf of the Fire District, I’d like to express our appreciation to these citizens who were prepared and acted quickly to save this gentleman’s life.” 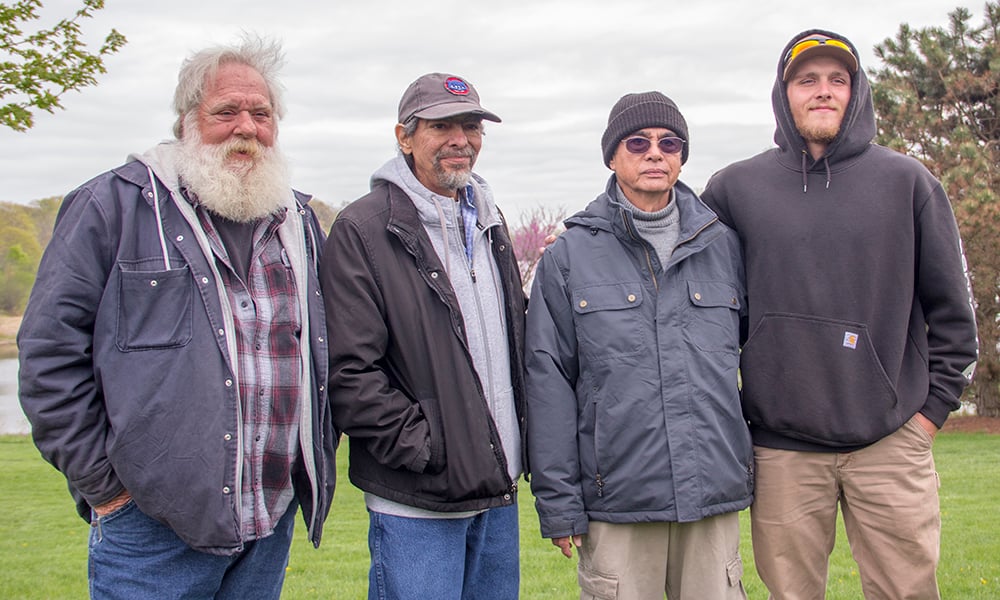 Gary Jacobs (left), Alfred Cedeno, Ramon Garchitorena and Tyler Line at the ceremony. The men did not know each other before the April 24 rescue.