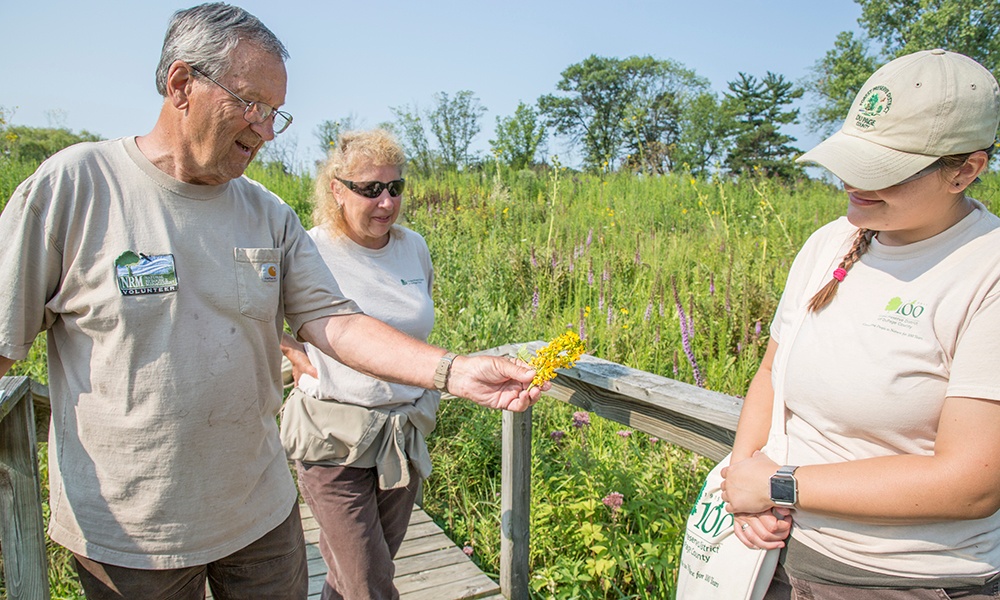 Not many people can claim kinship with a piece of land, but Mayslake steward Conrad Fialkowski may be one of those people. He has been working tirelessly for more than 30 years to restore the woodland and prairie landscape to Mayslake Forest Preserve, since before the land was owned by the Forest Preserve District of DuPage County.

“He is absolutely the finest example of a steward,” said Cindy Hedges, stewardship program coordinator in the District’s Natural Resources and Grounds Division. “He is the glue that holds this very dedicated group of volunteers together.” 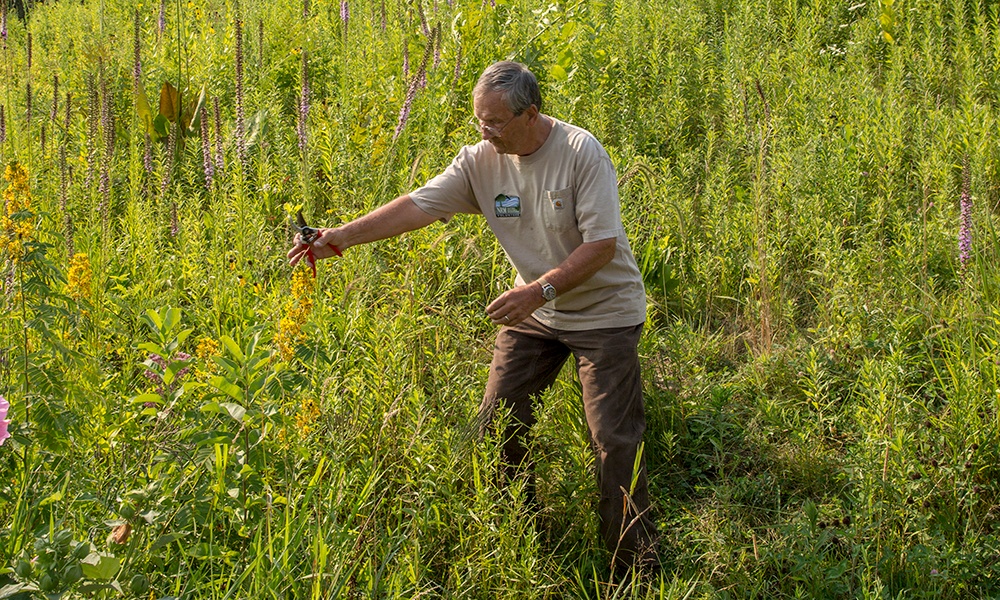 Fialkowski tends to his masterpiece.

Not bad for a city kid who grew up on Chicago’s far southeast side in the shadow of steel mills. “We had a huge vacant area a block away,” Fialkowski said. “I spent a lot of time poking around and finding snakes, birds and tadpoles. We called it the ‘prairie,’ but I have no idea if there were any native plants.”

Fialkowski’s restoration work at Mayslake started in 1985 with a 15- by 20-foot plot of prairie he began working on with the support of Franciscan priest Fr. Jonathan Foster, whom he met on a birding trip to Indiana Dunes in 1977. Foster had one of the priests use a tractor to disc the land around the prairie so Fialkowski could reseed it with native plants. For many years, he organized volunteer workdays to help collect seeds, remove invasive species and replant native plant seeds. 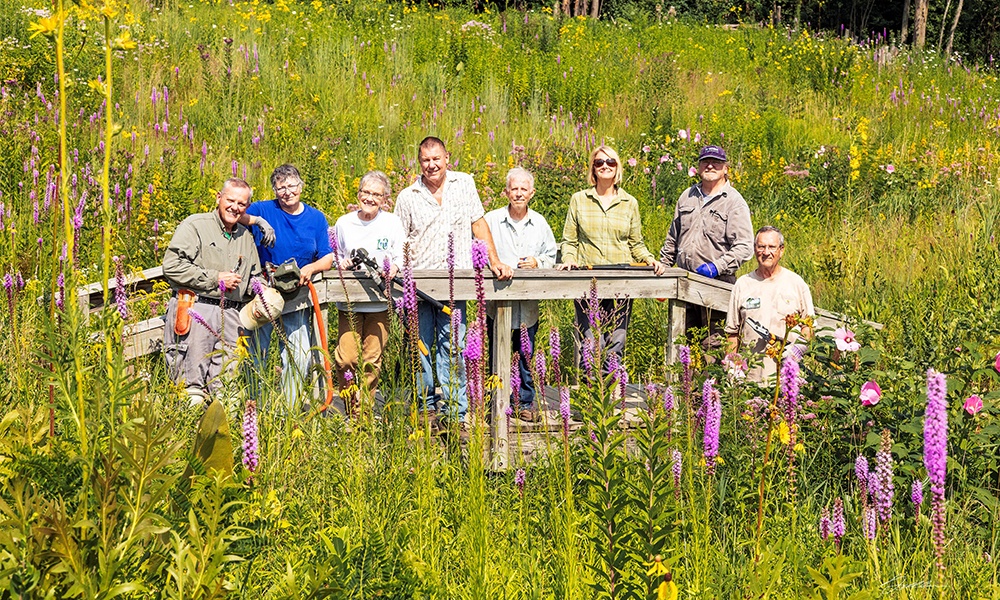 “This restoration has not been a one-man effort,” Fialkowski said. “Our current and regular group of volunteers and all those volunteers before them have made steady progress possible. Of special note is the work of co-steward Jacqui Gleason. Her tireless efforts out in the field between workdays have broadened the area we’ve restored.

“Much of the area we’re restoring was once farmed and for 20 years we’ve cultivated native plants step-by-step, year-by-year,” Fialkowski said. “Along with the plants, we’ve watched the birds, insects and native wildlife return. Continued learning as we’ve gone along has been a reward in itself.” 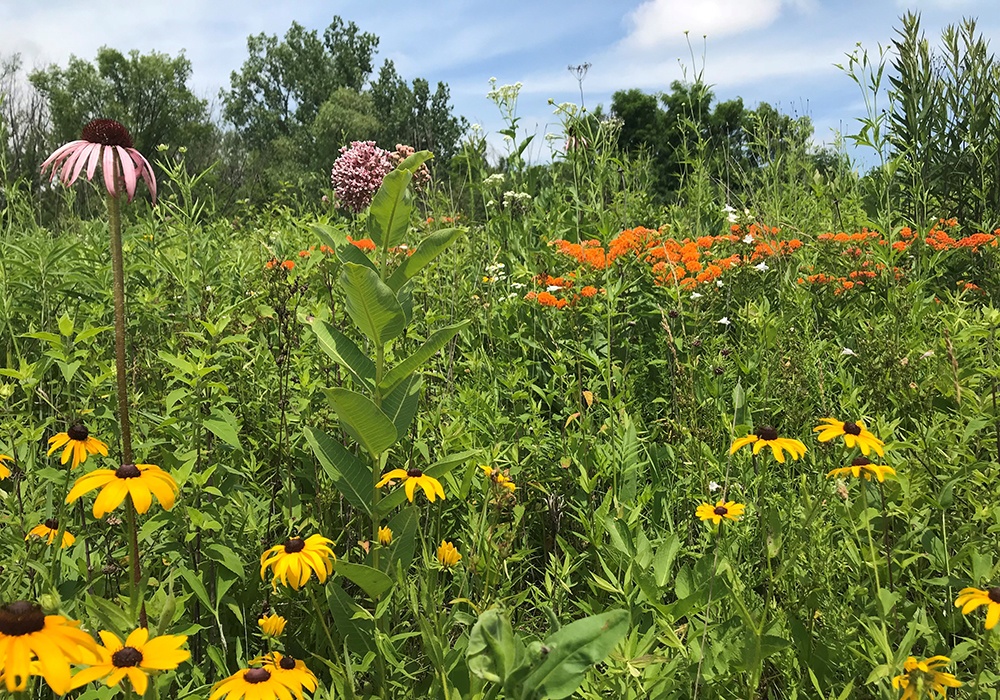 The Mayslake prairie in bloom in July. (Photo by Nancy Bingham)

In addition to his volunteer work at Mayslake, Fialkowski has worked on restoring Spears Woods in Willow Springs in Cook County since 1990, where he has also been a bird monitor for 27 years.

“Spending time in nature has always been a respite from this busy world — a simplification,” he said. “There is also a spiritual and spirit-lifting aspect of both the diversity of living things and the stimulation of annual renewal. The changing seasons, too.”

Fialkowski, 80, retired 15 years ago from a 42-year career in advertising in Chicago. His wife, Carol, who worked at Morton Arboretum, introduced him to native plants. “Before long I caught ‘prairie fever’ and never stopped working, learning and sharing knowledge with others.” 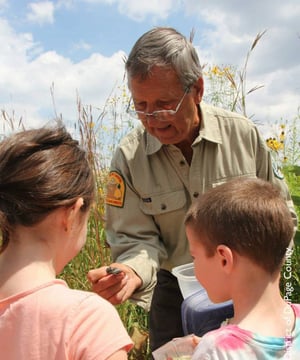 The Fialkowskis have been married for 56 years and have two grown children and four grandchildren.

When he’s not restoring prairies and woodlands, Fialkowski enjoys bird and wildlife watching, fishing, camping, painting and drawing. He said there are many opportunities to connect to nature.

“Forest preserve districts provide programs meant to open the world of nature to all,” Fialkowski said. “The more you’re exposed to nature’s wonders the more likely you are to experience the thrill and inspiration of ‘aha’ memorable moments.” 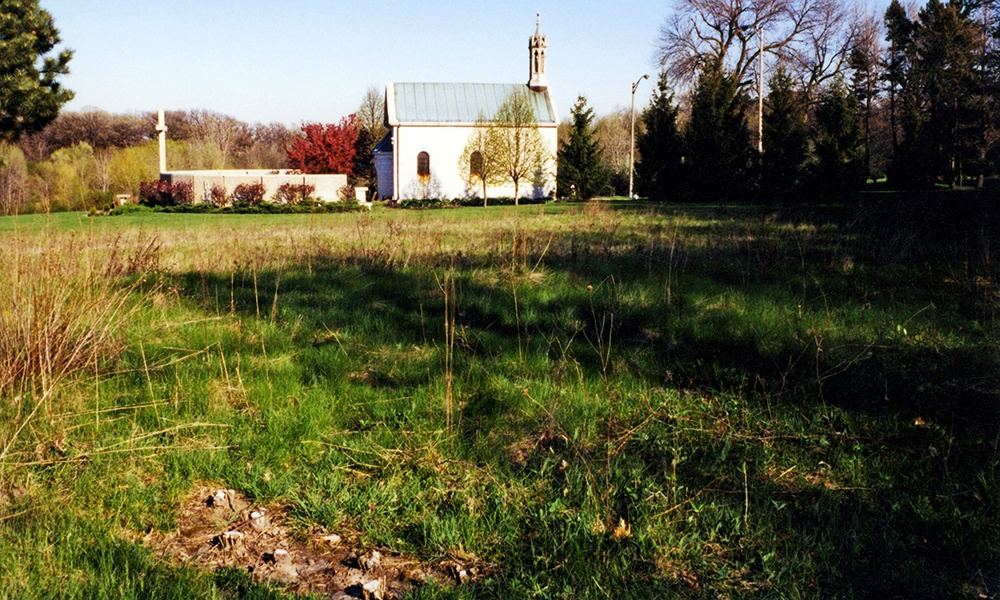 Mayslake prairie before restoration (above and below). 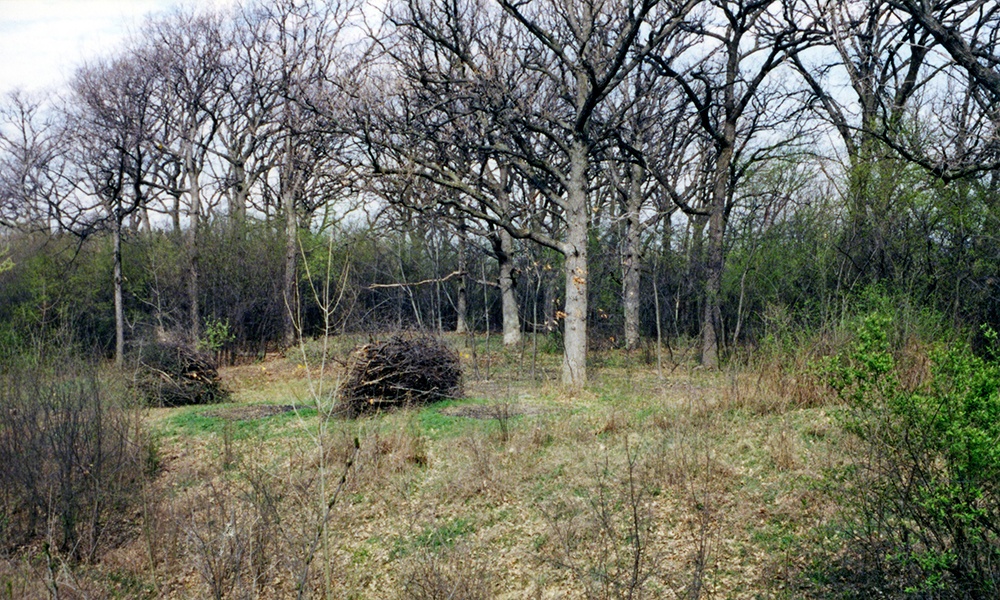 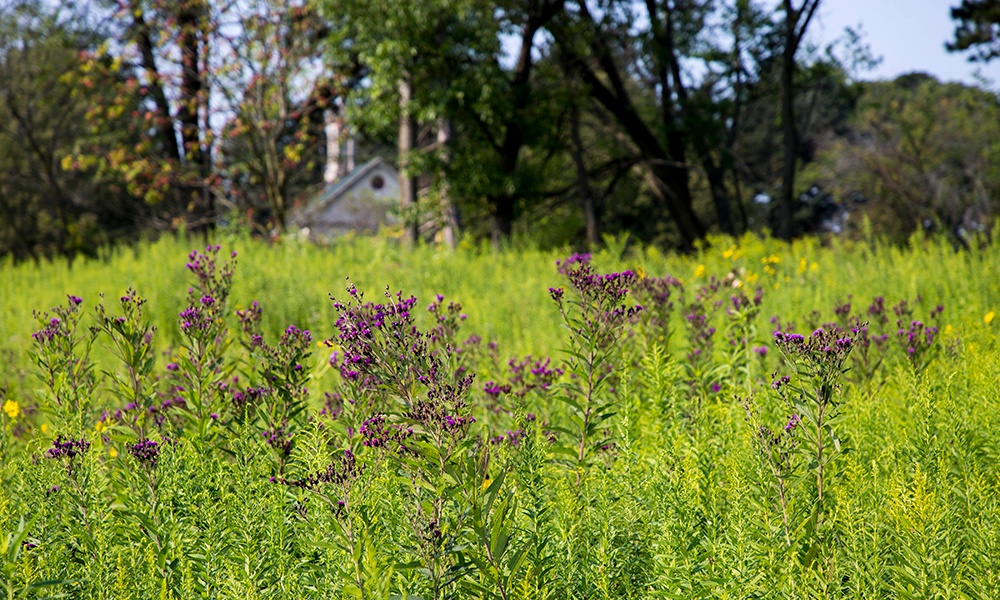 Watch this video about restoration at Mayslake Forest Preserve.