Note: Mayslake Hall is closed until summer 2023 for a major exterior improvement project. The surrounding forest preserve and off-leash dog area will remain open. First Folio Theatre will proceed with its 2022-23 season around the construction schedule.

The 90-acre Mayslake Forest Preserve in Oak Brook provides a pristine setting of picturesque grounds that house historical buildings, including Mayslake Peabody Estate and the Portiuncula Chapel. It offers fishing on Trinity and Mays' lakes, a trail, picnicking and off-leash dog area, and beautiful flower and herb gardens surrounding the mansion and chapel. Mayslake Peabody Estate is one of the District’s five education centers and provides nature-related experiences and programs for all ages.

Mayslake features 13 acres of wetlands, 9 acres of lakes and ponds and a 15-acre savanna and restored prairie. 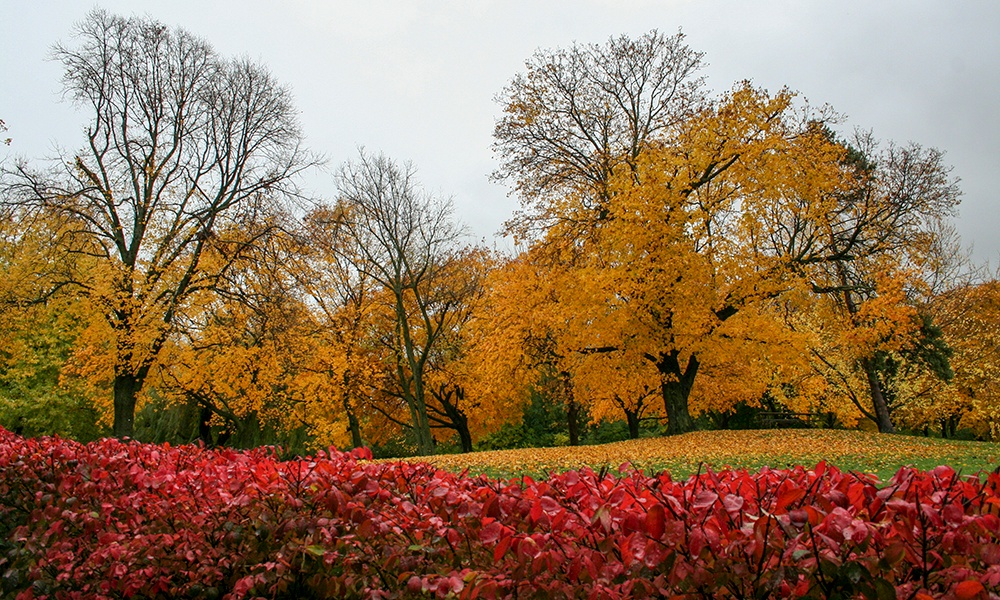 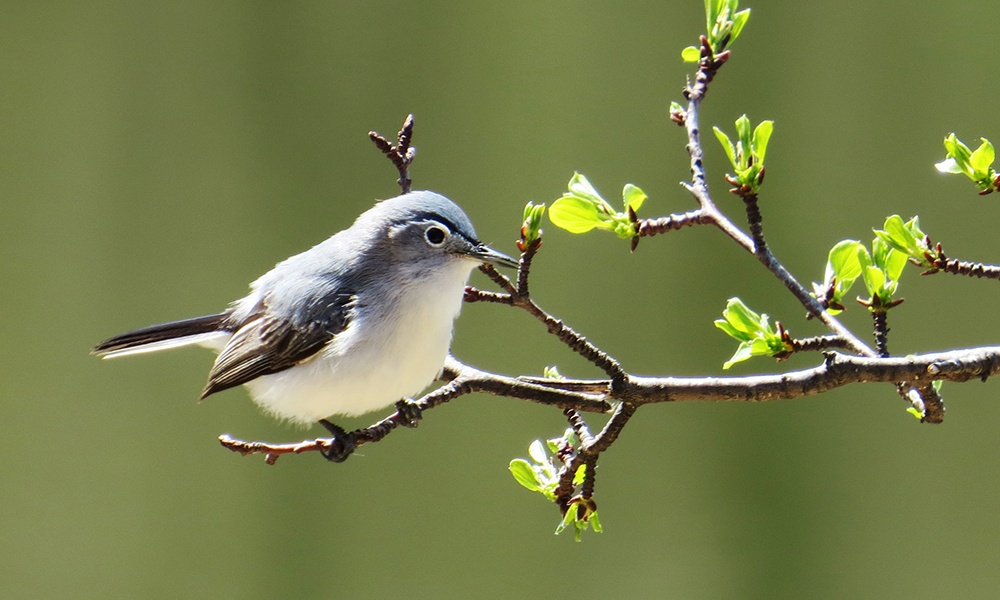 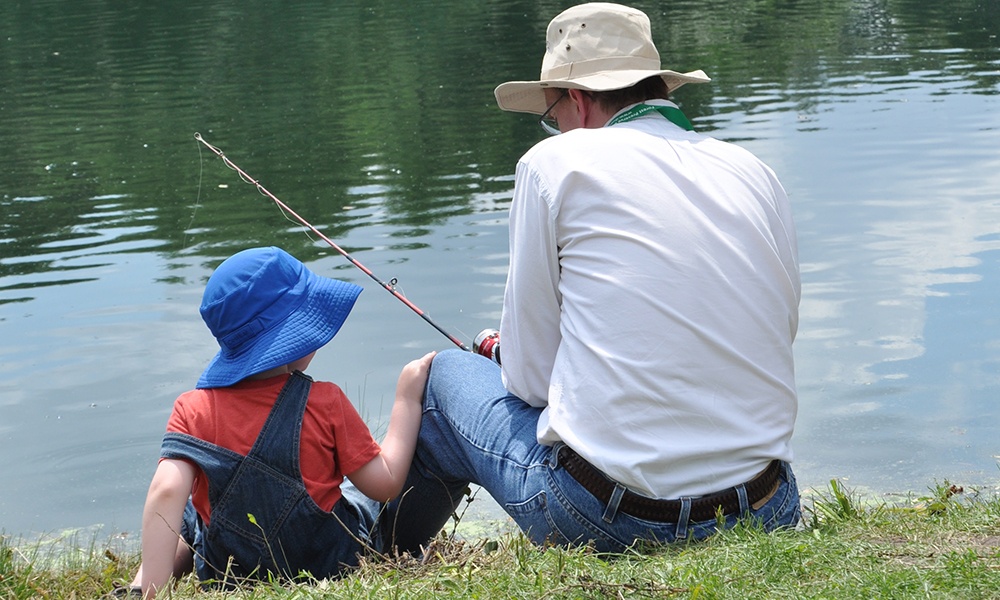 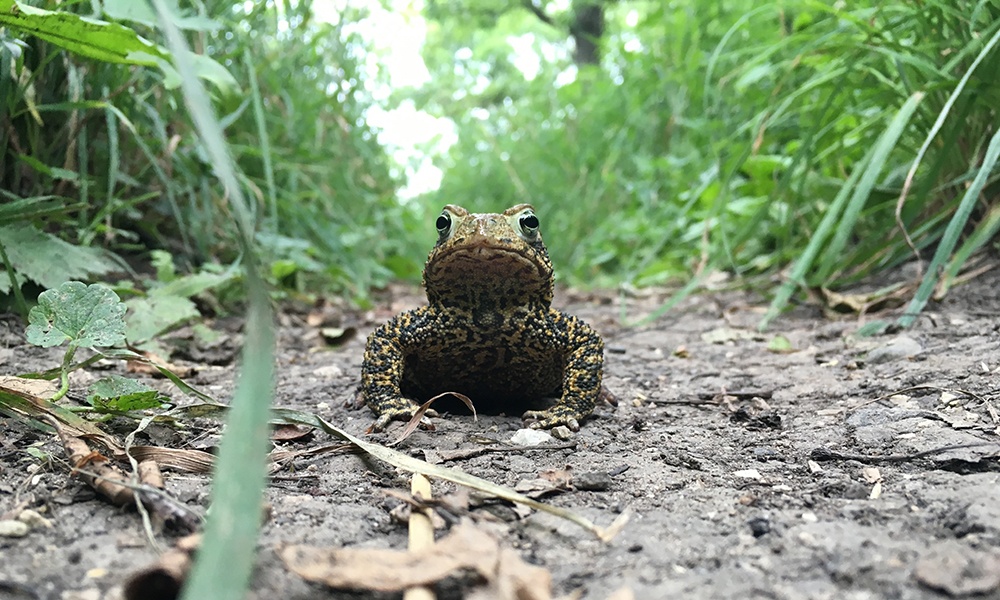 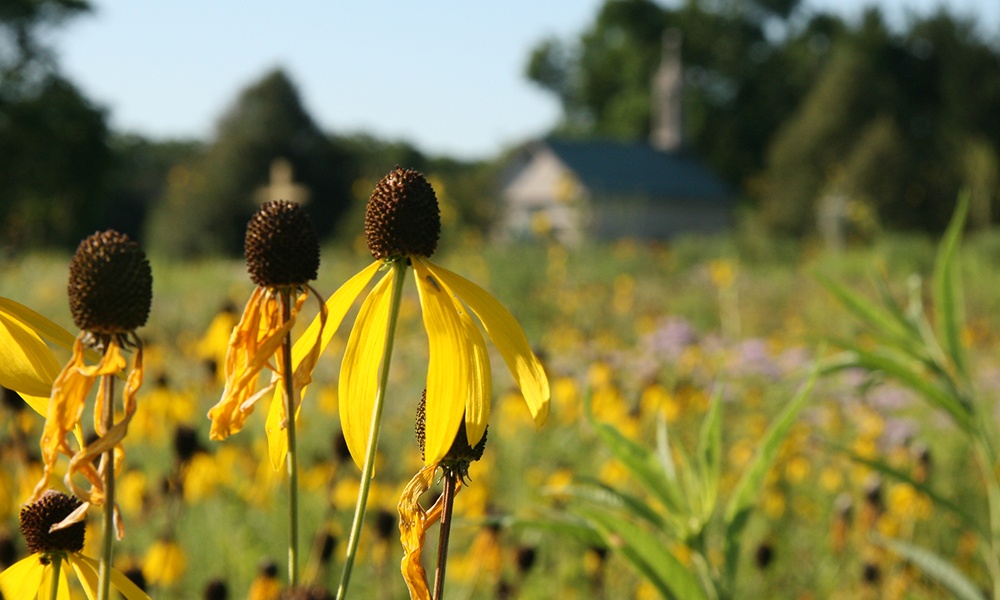 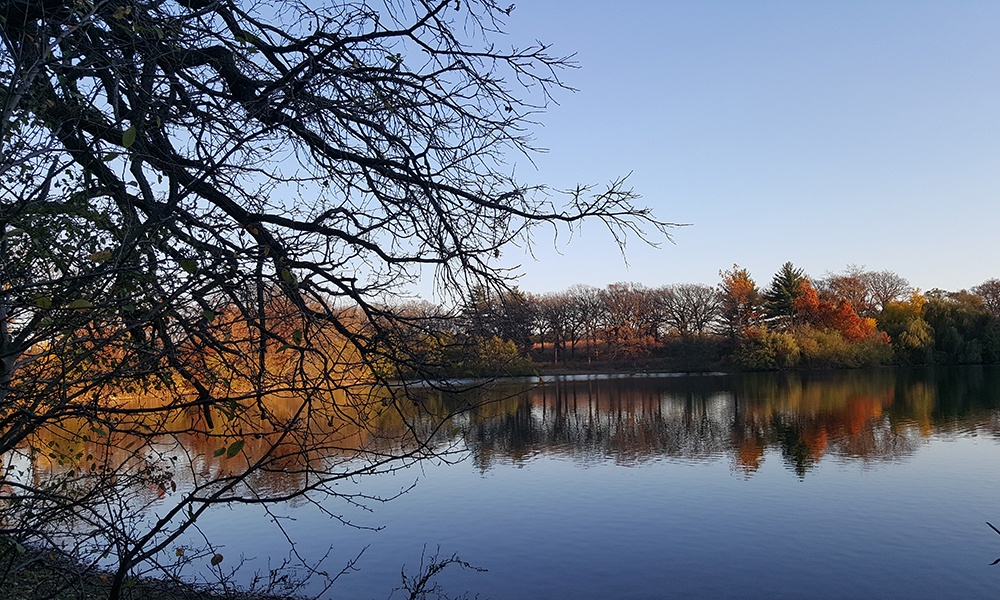 A 1-mile trail winds around the shores of the lakes and connects the estate to the off-leash dog area.

Mayslake has dozens of picnic tables and grassy areas where you can spread a blanket. Ground fires and grills are not allowed.

Fish for largemouth bass, bluegill, carp, channel catfish, crappie, green sunfish and black bullhead on the northern shores of Trinity and Mays’ lakes, but the southern shores are private property.

Enjoy off-leash fun with your four-legged friends at Mayslake's fully fenced off-leash dog area with more than four acres of mowed grass with a double gate system. The parking lot is on the west side of St. Paschal Drive south of 31st Street and west of Route 83. The area is open during regular preserve hours; it is closed on Thursdays until  10 a.m. for routine maintenance. Dog owners should carry proof of a valid Forest Preserve District permit for each dog you bring. Visit Dogs in the Preserves for rules and permit info.

Note: Mayslake Hall is closed until summer 2023 for a major exterior improvement project. First Folio Theatre will proceed with its 2022-23 season around the construction schedule.

Mayslake Peabody Estate is one of the District’s five education centers dedicated to providing nature-related experiences for all ages. Tour programs are available for school and other groups. Mayslake Hall provides a wealth of knowledge about architecture in the early 1900s in addition to the historical past of the sprawling estate. Docent guided Restoration in Progress tours are held weekly for this unique Tudor revival-style mansion built by the renowned architecture firm of Marshall & Fox.

Mayslake's terrain was shaped by the most recent continental glacier, which melted away more than 12,000 years ago. It is near the eastern edge of the Valparaiso Moraine, a thick, hilly section created when the glacier stalled here for a time, pushed from the north at about the same rate that it was melting at this edge. It deposited clay, ground-up soft shale and chunks of bedrock. You can see this most clearly in the steep slopes around the east end of Mays Lake.

After the glacier was gone, the naked soil became the rooting medium for a succession of plant communities. The original survey sketch map shows prairie in the 1830s; the southern half was mainly an open woods, with pockets of marshes or wet prairies. Agriculture took away the prairie and drained the marshes. The woods survived, and wealthy coal magnate Francis Stuyvesant Peabody created two lakes.

Following his death in 1922, Peabody’s family sold the estate to the Franciscan Province of the Sacred Heart, Order of Friars Minor, and the hall became a retreat house. Over time, the order sold sections of the estate, selling its last remaining acres, including Mayslake Hall and a friary and chapel, to the Forest Preserve District of DuPage County in 1993.

The District continues working to restore Mayslake Hall, now a registered national historic landmark, and establish it as a cultural and educational center. The hall currently serves as a venue for architectural tours, lectures and artistic performances.