Asters: The Stars of Fall

Asters: The Stars of Fall 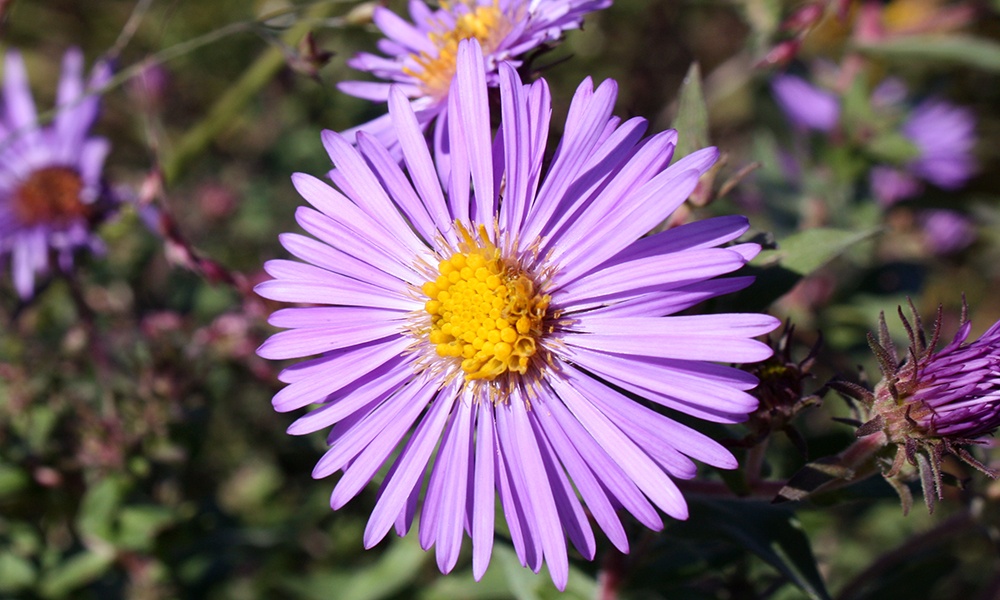 Asters might very well be the forest preserves’ forgotten flowers. People spend summer gazing at coneflowers, black-eyed Susans and other bright bloomers, but when fall arrives they turn their eyes to the leafy canopies and forget that some DuPage County flowers are still hard at work.Asters, which typically bloom between August and the first frost, get their common name from their shape. Aster is Greek for “star.” It’s the same word origin that gives us “asterisk,” “asteroid,” “astronaut,” and “Astro” from “The Jetsons.”

At one time, the genus Aster contained more than 600 species worldwide, but in the 1990s, molecular research revealed that flowers that looked quite similar were genetically different. (Some of the chromosomes were slightly larger and more symmetrically shaped if you really must know.) The common ancestor shared by most of what we call “asters” in North America was different than its European or Asian counterparts. As a result, most of the asters on other continents remained in the Aster genus, and most in North America became part of a new genus, Symphyotrichum, or roughly “soft hairy things that grow together,” referring to the plants’ fuzzy stems and leaves. (It’s not as poetic as “star,” but it gets its point across.) 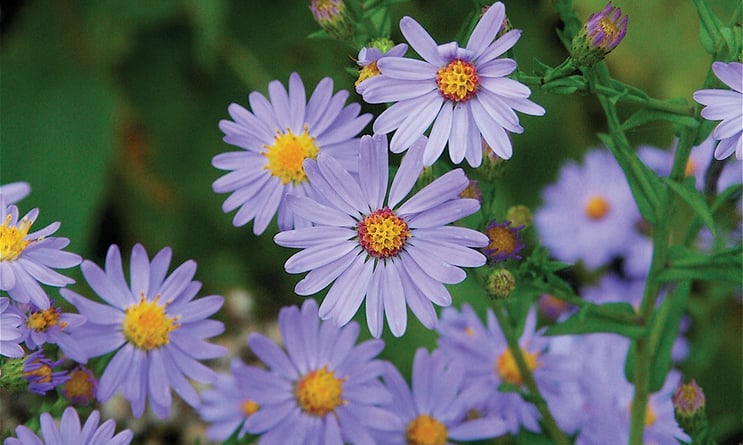 Asters’ late-blooming season is likely an evolutionary adaptation. Asters need insects to carry pollen from flower to flower so they can produce seeds. By offering dining options later in the year, they’re more likely to get the attention of pollinators that might otherwise pass them over for competing spring- or summertime species.

Of course pollination is a two-way street, and asters provide much-needed calories for insects after other flowers have faded. Milkweeds may be the main plants on monarchs’ minds in summer, but in fall, asters are vital fueling stations for these butterflies as they prepare to head toward Mexico. Hoverflies, queen bumblebees and other nectar-eating insects that winter right here in DuPage need asters to help them bulk up before heading underground or curling up in leaf litter or rotten logs.

But there’s more to an aster than just flowers, and the county’s six-legged residents rely on those parts, too. The caterpillars of painted ladies, pearl crescents and other butterflies feed on the plants’ greenery. Pearl crescents that hatch late in the season are particularly reliant because they overwinter as caterpillars and need to fatten up on aster leaves before the cold weather sets in. 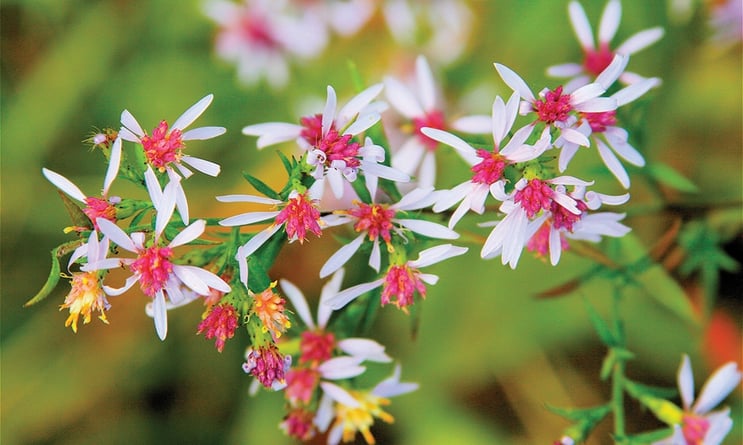 Fortunately for people and pollinators alike, the forest preserves are home to several species of asters, some quite common. Heath, smooth blue, New England and hairy asters all grow in DuPage prairies and fields; panicled asters colonize in wetter soils. In the county’s woodlands, side-flowering, Short’s and Drummond’s asters provide springtime pinks, whites and yellows under the darker, richer colors of the leafy canopies. But no matter where they grow, they’re only there through fall, so let’s enjoy them while they last. 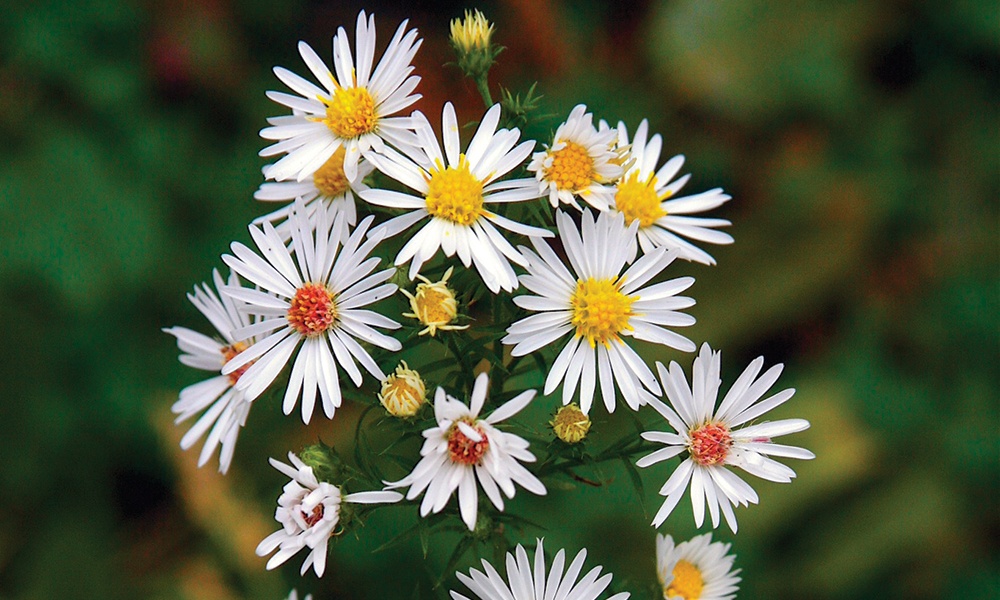