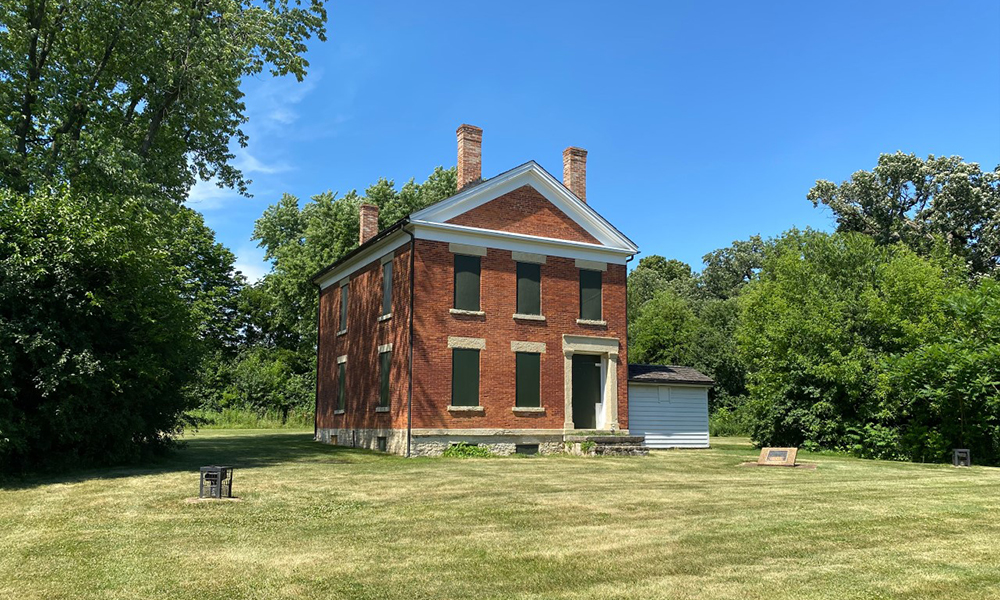 It’s hard to fathom the connections a little old house on St. Charles Road has to the history of DuPage County, Illinois and the nation.

The family that lived in the house most likely came from Ireland in the 1830s or 40s. The Bakers came to Illinois to help build the Illinois and Michigan Canal. The I&M Canal literally shaped the state of Illinois and is the reason the state is so long. Plans to build the canal were made before Illinois became a state, and the state’s border was moved north so the entire length of the canal would be under one state’s jurisdiction. As a result, Illinois became bigger and Wisconsin became smaller. 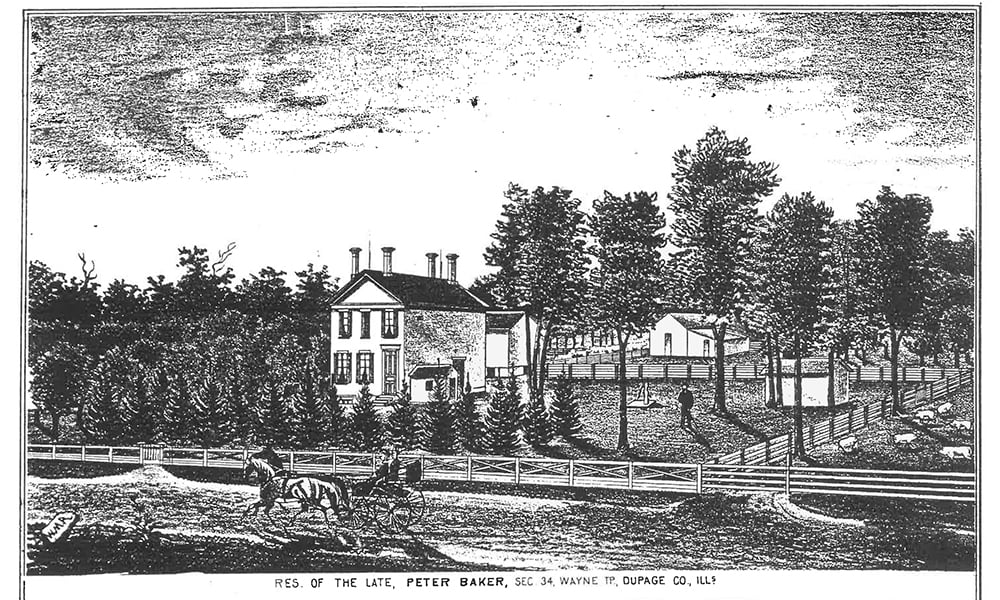 The I&M Canal was built to connect the Illinois River to Lake Michigan, improving regional access to markets in the eastern states and around the world. It was an economic boon to farmers and industry and made Illinois a more attractive place to settle. Many towns were established along its path.

The canal project was also part of the brutal federal policy of Indian removal. The Indian Boundary Line is a swath of land from Chicago to LaSalle, IL, that runs through DuPage County. It was taken from the native people so it could be used to move equipment and labor to build the canal. The Indian Boundary was one of the first treaties in what is now Chicagoland that pushed the native people off their land. 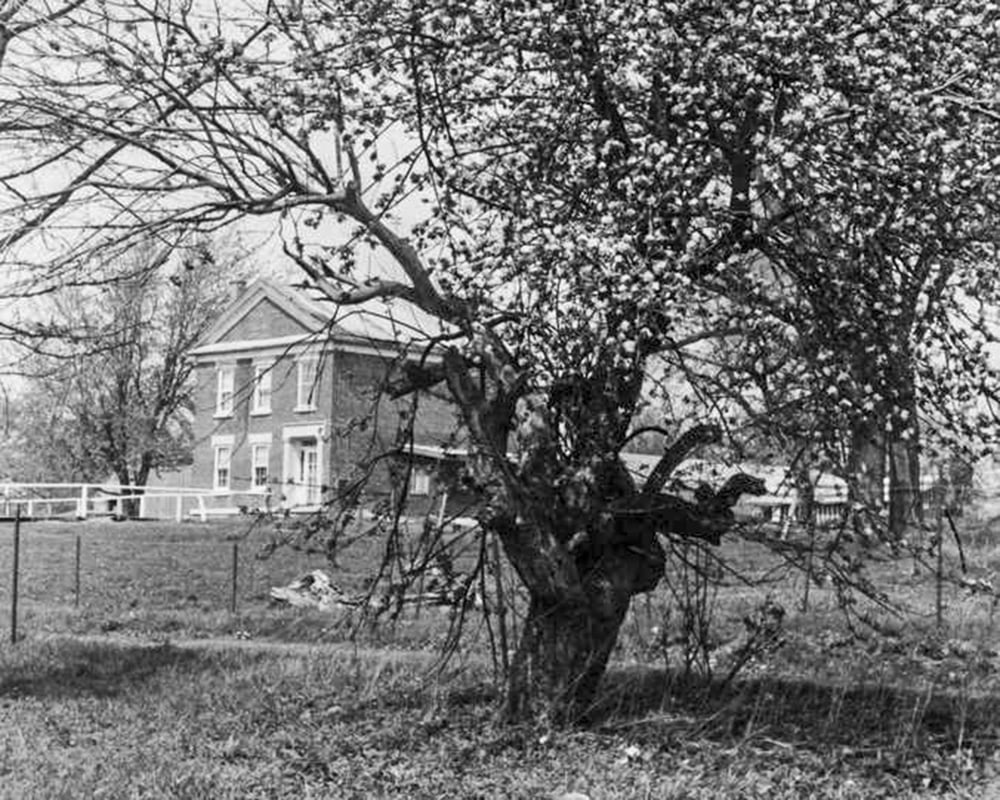 In 1842 work on the canal was temporarily halted for financial reasons, so the Bakers took up farming. In 1843, a road opened between Chicago and what is now St. Charles, making land along the route prime farmland, so people started buying land and building farms.

In 1845, the Bakers purchased 140 acres of land and a newly built brick house along the new St. Charles Road. The Baker family grew and prospered on their farm. Their seventh daughter was born in the house.

They continued purchasing farmland, and by 1860 the Baker family was listed as the 6th largest landowner in Wayne Township. Farming was paying off in the area because goods could be easily transported on the growing system of roads and canals. The Baker family remained in the home until 1887.

The Baker House is the oldest structure in West Chicago. The bricks were made locally from DuPage County clay. The home is considered the best surviving example of a small front-gabled Greek-revival farmhouse in DuPage County and now sits near West Branch Forest Preserve in Bartlett.

The next time you drive down St. Charles Road and you pass the little brick farmhouse, appreciate its connections to the histories of immigration, Indian removal, transportation, and farming in this area. Although they were not all happy stories, they are the stories that helped make this area what it is today. And ponder that the house has stood in that spot for almost 180 years! 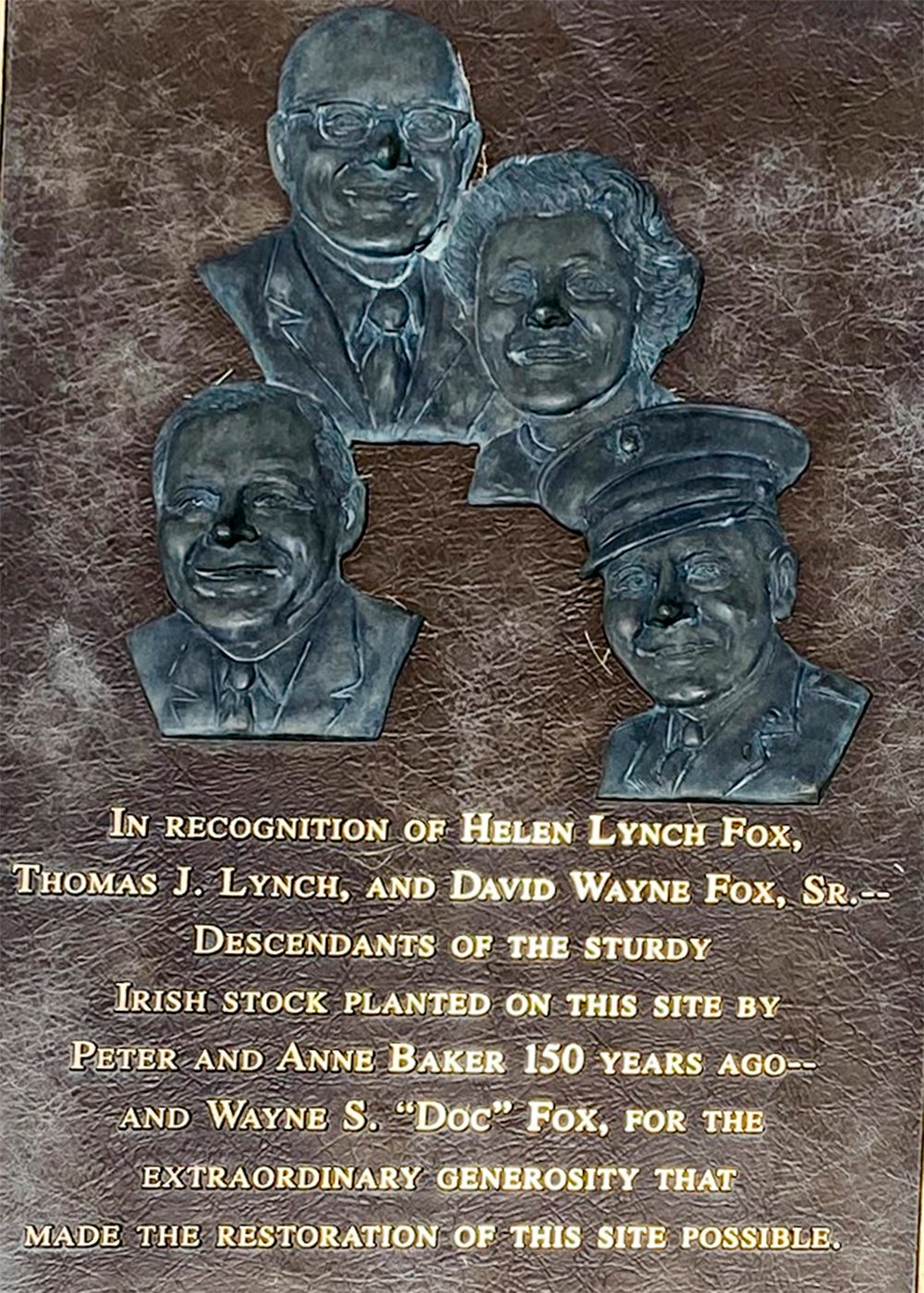 A plaque on the grounds of the historic Baker House on St. Charles Road.