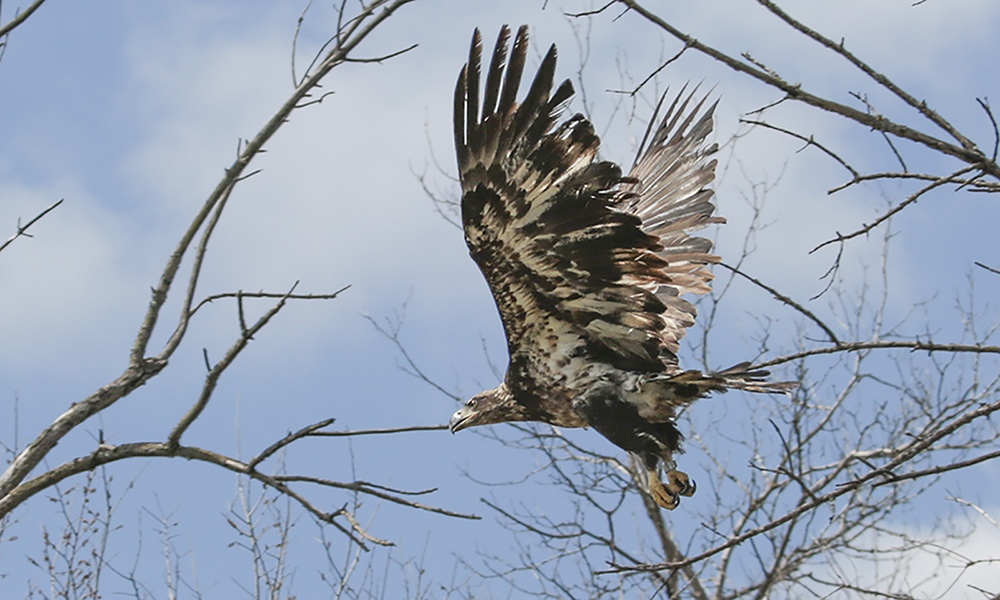 A juvenile bald eagle flew to freedom recently after being treated for lead poisoning at Willowbrook Wildlife Center in Glen Ellyn.

The subadult eagle, estimated to be 2 1/2 to 3 years old based on its plumage, was released on Friday at Whistler Woods in Riverdale, near where it was found on Feb. 25 by a Riverdale police officer.

The officer contacted Chicago Bird Collision Monitors and stayed with the eagle until CBCM volunteer Cathy Patrick arrived to catch the bird. 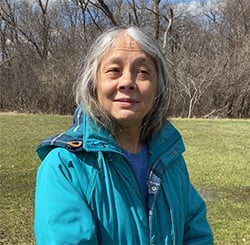 “When I arrived the officer was there and the eagle was sitting in a back alley,” Patrick said. “There was still quite a lot of snow on the ground, and apparently he’d been sitting there for over an hour.”

As Patrick approached, the eagle flew off. The officer located it again about 5 minutes later, and they found it sitting in the middle of the street. Patrick was able to approach the eagle and net him.

“He didn’t struggle very much at all. That was abnormal. From there I was able to bundle him up and put him in a carrier and take him to Willowbrook,” Patrick said.

Due to its quite demeanor, the eagle was tested for lead in the blood at intake, according to Willowbrook staff veterinarian Darcy Stephenson. The lead level in the eagle’s blood was very high, so it was started on chelation therapy, medication, and given supplemental fluids and force feedings as needed, she said. 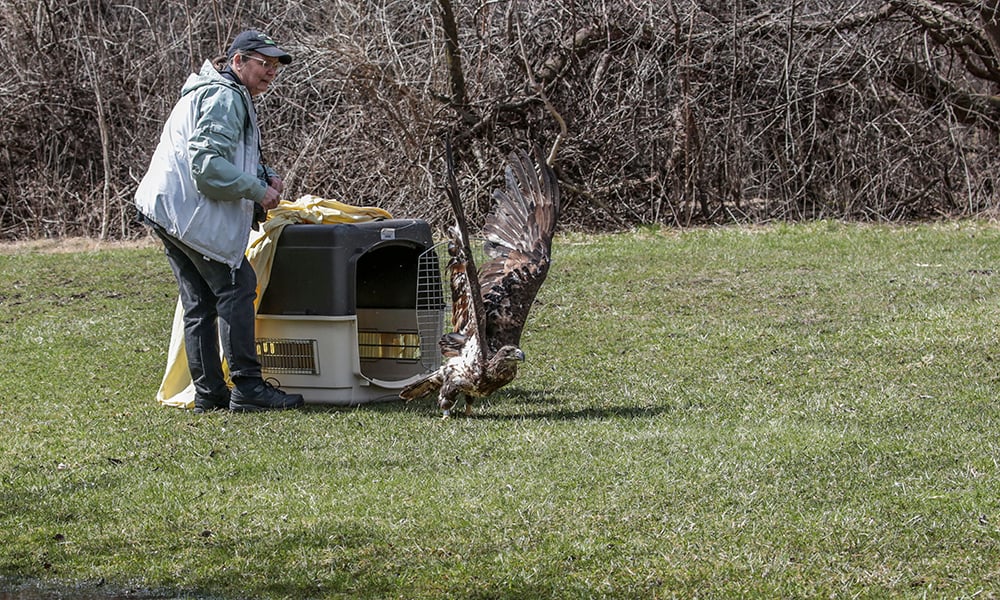 The eagle was also treated for anticoagulant rodenticide poisoning because of blood clotting problems when it first arrived at Willowbrook. Treatment consisted of supplements of vitamin K in its food. 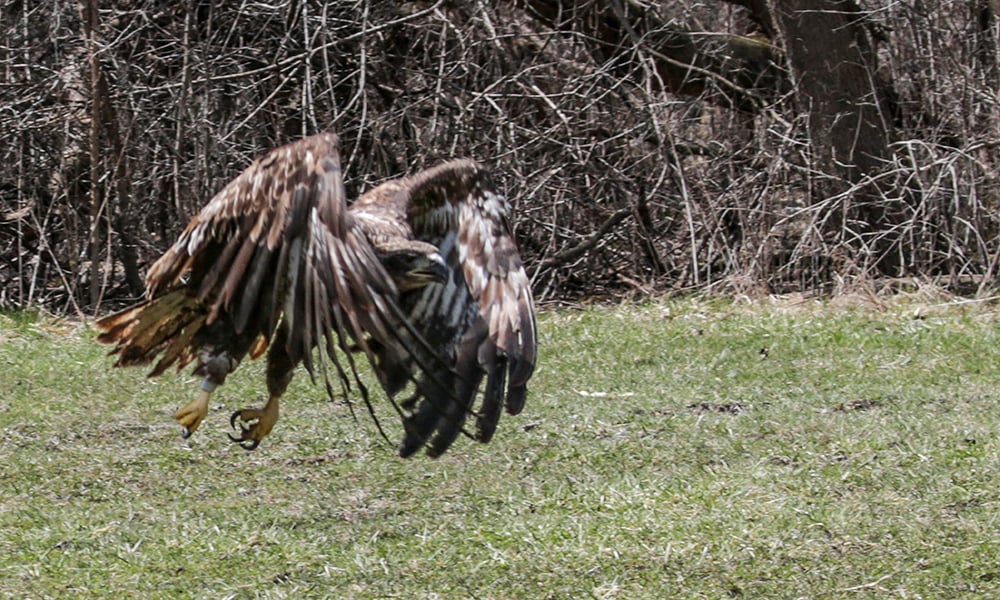 The eagle’s lead level decreased substantially after six days of treatment. It spent the remainder of its time at Willowbrook recuperating, and gaining weight and flight strength.

It’s fairly common for bald eagles and other raptors get lead poisoning from scavenging dead animals that have been shot with lead ammunition or consumed lead, Stephenson said. 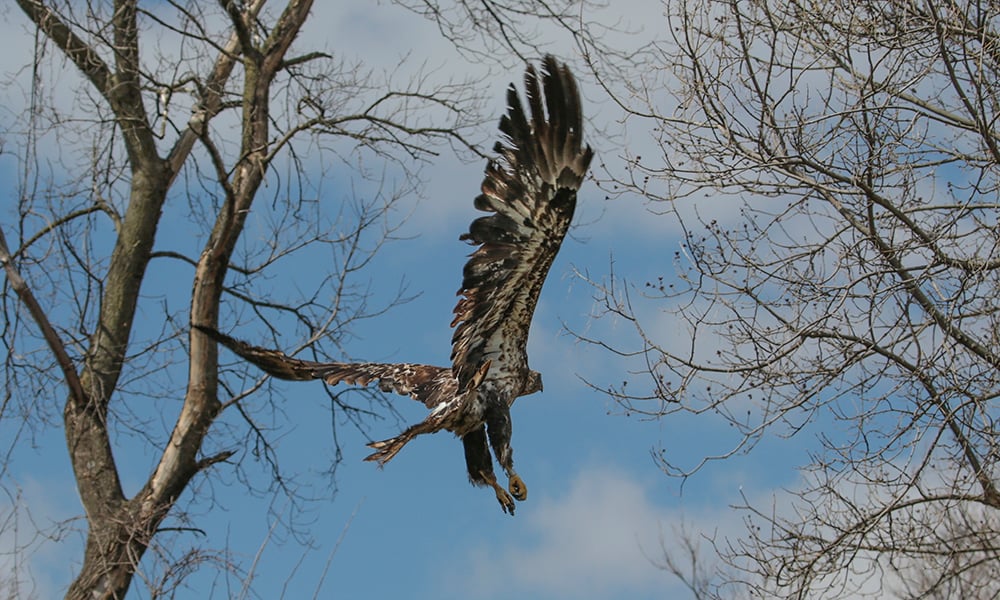 In February the journal Science published a study of more than 1,200 eagles in 38 states that showed almost half the eagles tested between 2010 and 2018 had chronic lead poisoning.

“Bald eagles also scavenge pretty regularly, so they have a significant risk of exposure to lead through that aspect of their diet, in addition to the risk of rodenticide exposure through ingestion of live prey,” Stephenson said. 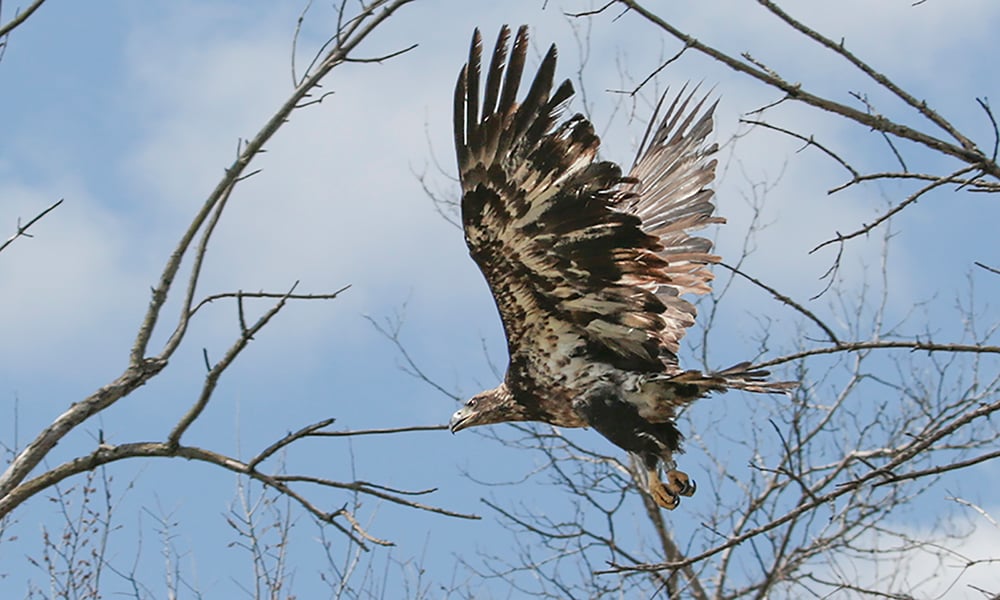