The story of the little engine that couldn't 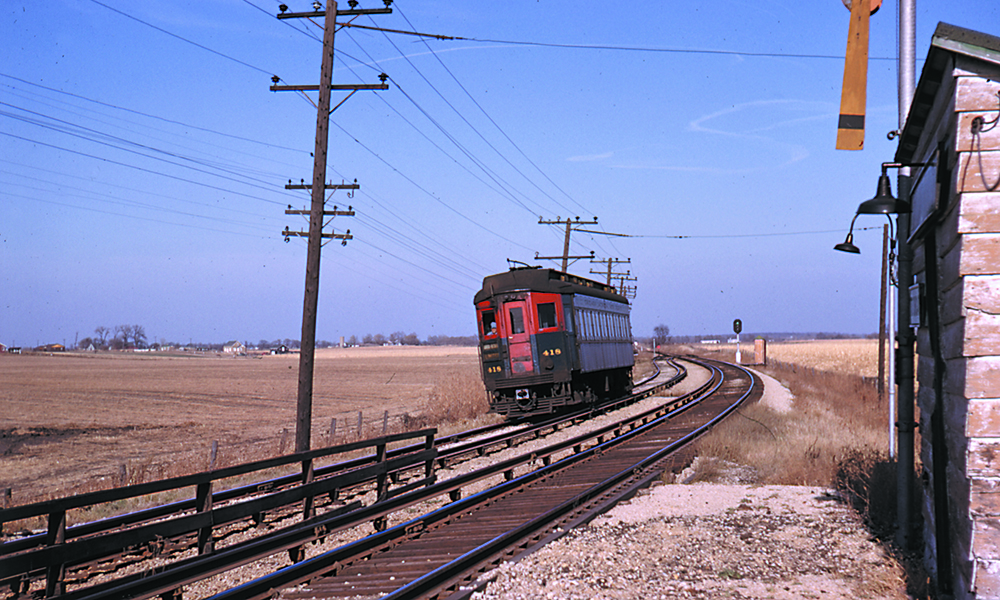 Imagine commuting to Chicago by train in the morning only to discover without warning that same afternoon that your Metra line had closed and would never operate again.

This stress-inducing travel nightmare would be bad enough in current times. But imagine it happening at a time long before Uber, taxis and fast-moving cars on modern expressways.
The above scenario really happened to commuters on the CA&E (Chicago Aurora & Elgin) Railroad on Wednesday, July 3, 1957. The leadup to this commuter catastrophe began with construction of the Eisenhower Expressway in 1952.

The expressway construction forced the CA&E to reroute its tracks, but it couldn’t afford to do so. So the train line came up with a temporary — and ultimately unsustainable — alternative route to provide transit service to the Loop. Despite these efforts, the CA&E kept hemorrhaging millions of dollars every year.
The CA&E petitioned the Illinois Commerce Commission to let it suspend its passenger service, but local communities tried to halt the shutdown. A subsequent court injunction kept the transit service running until a judge revoked the injunction, allowing CA&E to end service.
CA&E officials immediately called their station operators to cease all passenger service.

After receiving their orders, the train crew placed white flags on the first car and pulled away from the stations without notice or passengers. The shutdown was so immediate that the CTA didn’t find out it about it until after it happened.
Transit operators and commuters alike had to scramble to arrange alternative transportation home. Enraged, people threw benches, marker lights, and other objects onto the tracks. Some were able to cobble together a system of buses and other railways to make their way home; others walked the CA&E tracks all the way home. The CA&E never resumed passenger train service again.
A 1936 line map showing the stops and routes of the Chicago, Aurora & Elgin Railroad

A History of Reliable Service

For more than 50 years, the CA&E — known as the “Roarin’ Elgin” — reached smaller rural communities and provided rapid, affordable transit from western suburbs to the Loop. The line ran through several modern-day DuPage forest preserves, including along a glacial moraine at Churchill Woods in Glen Ellyn, and through St. James Farm in Warrenville. Farmers, businessmen and other folks from Warrenville came to rely on the CA&E to transport them and their products to and from Chicago.

In 1900 in an era known for powerful railroads and businessmen, a woman named Lydia Rose Gary, widow of Jude Gary, decided she wanted to use the railway to sell dairy products in Chicago. In return for a small strip of land, she skillfully negotiated with the CA&E to add a stop near her property called the Gary Siding stop (now St. James Farm), guaranteeing a minimum of five daily trains traveling each direction to stop for her use.

The Ghost of the CA&E

In the 1960s, long after the demise of the CA&E, Morton Arboretum naturalist May T. Watts and others petitioned communities to convert the abandoned tracks into public multiuse trails. If the map of the CA&E line looks familiar, this rails-to-trails conversion is now known as the 62-mile-long Illinois Prairie Path. Brooks McCormick, former owner of St. James Farm, generously donated land and provided easements to allow the Prairie Path to continue through the farm.
Sixty-four years later, what remains of the CA&E is still visible to visitors at St. James Farm along the path marked by utility poles that runs diagonally through the preserve.
The CA&E rail line's change in time as it runs through St. James Farm in Warrenville. Note the extra track that breaks from the rail line in the photo on the left and the extra gravel in the background of the second photo. That's the Gary Siding stop arranged by Lydia Gary.
So the next time you walk, run, or ride through St. James Farm or on the Illinois Prairie Path, remember the CA&E Railroad, Lydia Gary, and that fateful July day when so many commuters had to walk the entire rail line home.

Car 416 at the West Chicago station on St. Charles line on Oct. 16, 1937. Photo by John F. Humiston
Car 321 at the Warrenville station during the Central Electric Railfans Association inspection trip on Aug. 6, 1939. The second car is Car 10, the only coach-baggage combination car on the railroad. Coat and tie was the standard dress for railfan trips in that era.  Photo by John F. Humiston
Additional photo credits:
* Banner photo courtesy of Bill Volkmer

Wayne Zaininger is manager of Equine Experiences and Facilities at St. James Farm and Danada Equestrian Center. Prior to joining the DuPage Forest Preserve District in 2007, he worked at St. James Farm since 1981. He is a naturalist at heart. Since Starting his career as a greenhouse operator, he has built several prairies at St. James Farm and one at his own small farm where he enjoys time with his four horses. With 40 years of service at St. James Farm, the preserve holds a special place in his heart and he enjoys sharing its rich history with visitors. Jordan Countryman is the records coordinator for the Forest Preserve District. He has an M.A. in history from Wright State University. As a member of the District's artifact collections committee, Jordan strives to ensure the District continues to follow best practices as a steward of public history and serves to connect DuPage residents to their land through its past.