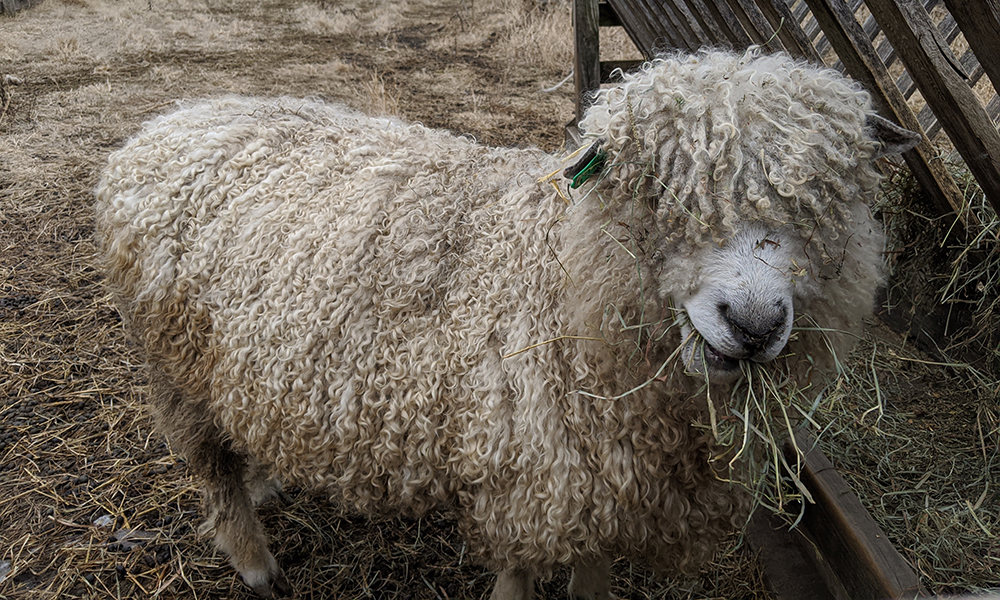 The first Cotswold longwool lambs are being born at Kline Creek Farm in West Chicago, after the 1890s living history farm welcomed five ewes and a ram into its fold last fall.

Cotswolds are a “threatened” sheep breed, according to The Livestock Conservancy, meaning fewer than 1,000 animals are registered annually in the United States, said Lisa Carpenter, historic farming program coordinator at Kline Creek Farm.

“Like our rare Milking Shorthorn cattle, they are a heritage breed that used to be very common in Illinois,” she said.

“Kline Creek Farm is breeding Cotswold sheep because we want to show people the type of sheep you would have seen in DuPage County in the 1890s, and we want to help preserve a rare livestock breed,” she explained. 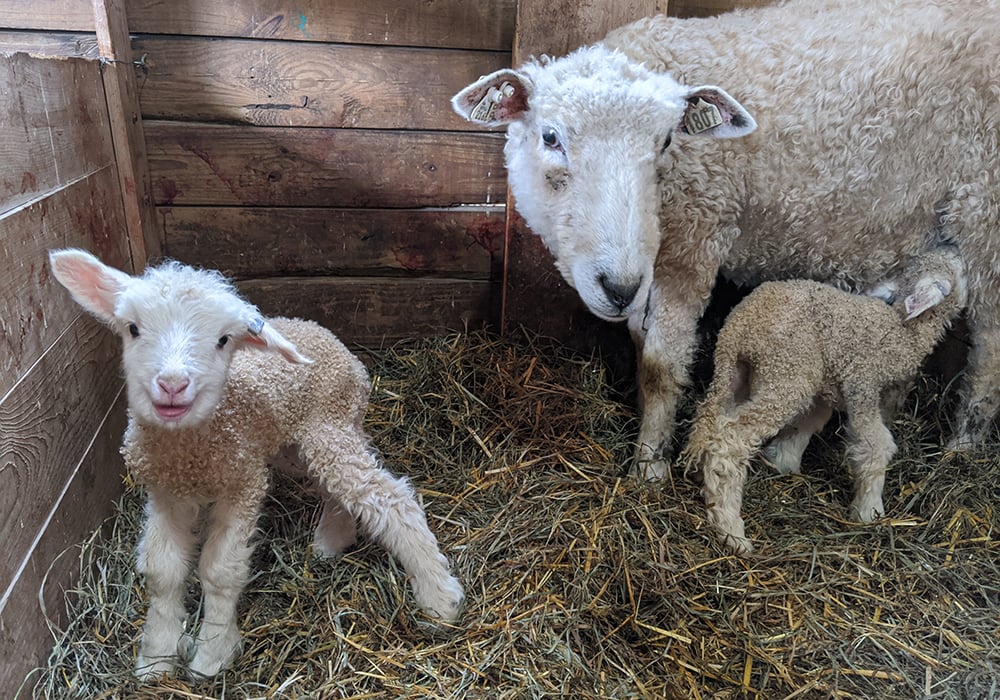 A Cotswold ewe with her two lambs at Kline Creek Farm in West Chicago.

Cotswold sheep developed on the Cotswold Hills in the west of England, where sheep have been since the time of the Roman conquest 2,000 years ago, according to The Livestock Conservancy website. The Cotswold breed may descend in part from the white sheep brought to England by the Romans.

The modern form of the Cotswold breed was developed between 1780 and 1820, and imported to the United States about that time. The breed was especially valued for crossbreeding with fine wool ewes to produce large lambs that could be used for meat or kept for their heavy fleeces.

“Cotswold sheep were one of the most popular sheep breeds in the country in the 19th century,” Carpenter said. 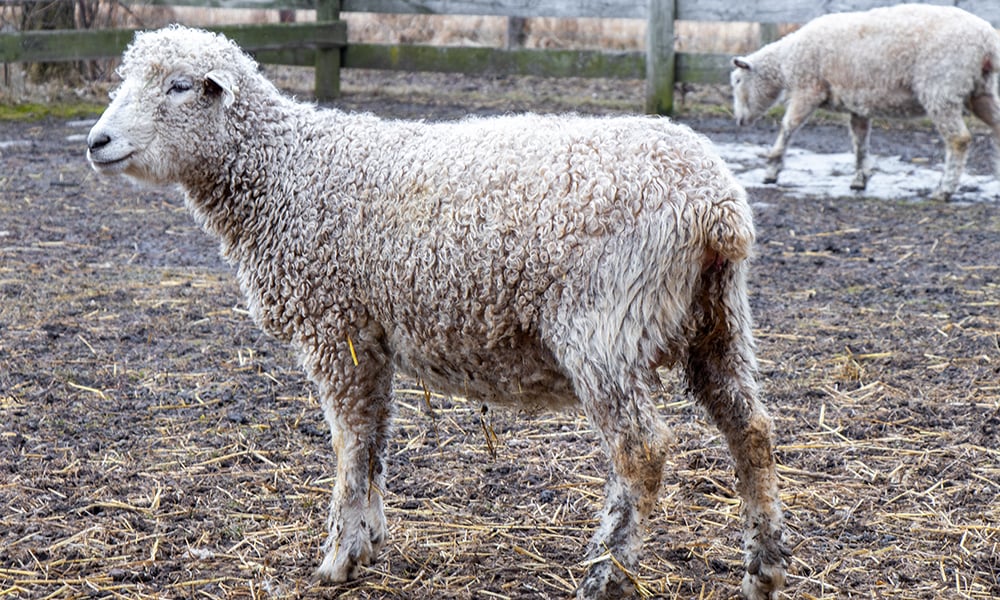 “They were historically favored for crossbreeding, which is one reason they’ve become rare today,” she said. “They were used to increase the size and wool volume of other breeds of sheep.”

Kline Creek Farm also has Southdown sheep, historically one of the most important of the British sheep breeds.

“Cotswolds have very large distinct curls and their wool grows 7 to 12 inches in a year, versus the Southdown’s 2 to 3 inches,” Carpenter said. “Cotswold wool is coarse and strong; Southdown wool is finer and shorter. Both breeds are also known historically for meat production.

The Cotswold ram at Kline Creek Farm in West Chicago.

“Their wool looks very different than Southdown wool,” she said of the Cotswold.

“Their wool is long and lustrous and is favored by handcrafters,” Carpenter said. “Their big curly locks are also favored by makers of quality Santa beards.”

It’s lambing season for about another month for both breeds of sheep at Kline Creek Farm, Carpenter said.

“The Cotswolds have just started having their lambs,” she said. 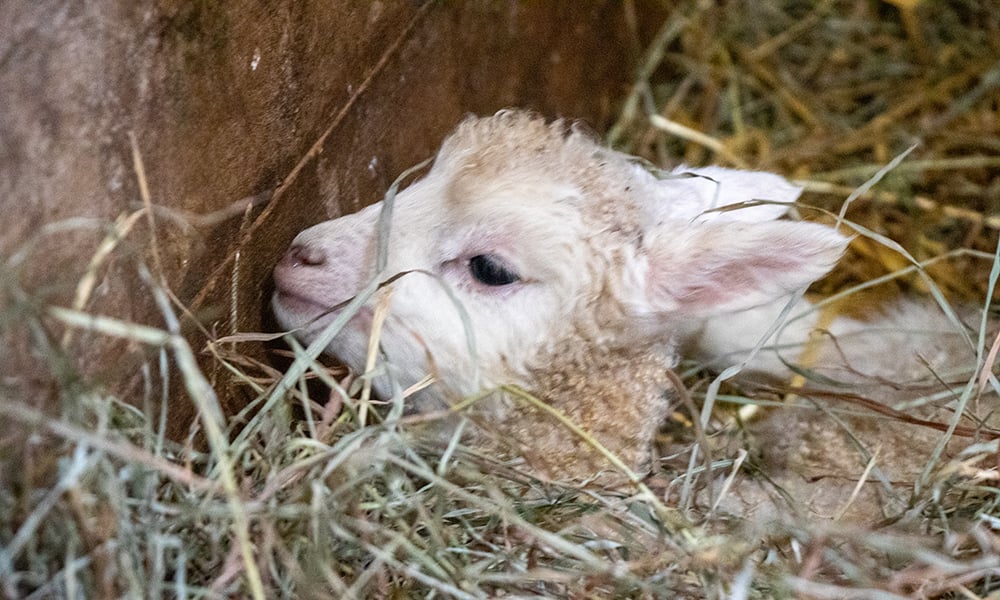