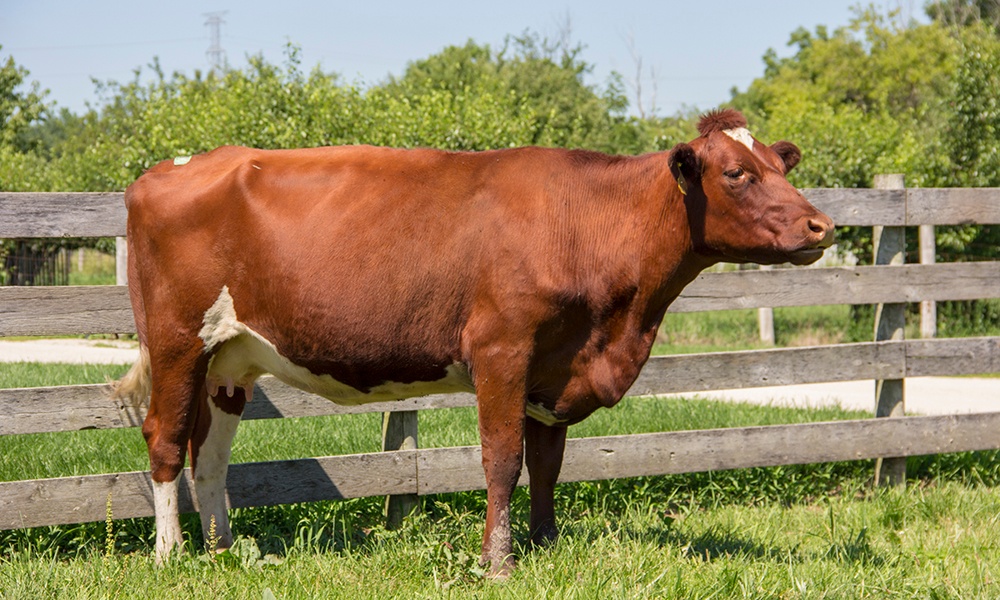 Meet Liberty, who just turned 4 on the 4th of July. She and her calf joined the livestock at the living history farm on May 1, thanks to the efforts of Lisa Carpenter, historical farming program coordinator at Kline Creek Farm in West Chicago.

Liberty's calf also joined the livestock at Kline Creek Farm on May 1, 2018.

“We do our best to give visitors as accurate a picture as we can of 1890s farm life,” Carpenter said. “Having Milking Shorthorn cattle at Kline Creek Farm adds to our authenticity.”

Carpenter said she found out about a breeder in Earlville, Ill., about an hour southwest of Kline Creek Farm. “They were excited to exhibit their cows at a place like this,” Carpenter said.

Milking Shorthorns are dual-purpose cattle of English descent that were very popular in America in the 19th century. Dual purpose refers to cattle that produce milk and quality beef and are pasture-fed rather than grain-fed. In modern agriculture, cattle specialize in either beef or dairy and are typically grain-fed.

Beginning around 1900, Shorthorn breeders split into beef and dairy strains, Carpenter said. The historical dual-purpose Shorthorns are hard to find, as most breeders focused on turning them into beef cattle and those that stayed in dairy eventually added in Holstein genetics, she said.

According to the Livestock Conservancy, Heritage Milking Shorthorns are among the rarest of cattle breeds in the U.S. Despite its many fine qualities and history of dairy selection, the Heritage Milking Shorthorn could not compete with the quantity of milk produced by the Holstein, and the breed lost favor, according to The Livestock Conservancy website.

Kline Creek Farm plans to expand programming to include milking demonstrations with the help of Liberty. The farm is already equipped with a milking house and a windmill the powers the water pump adjacent to the milk house. 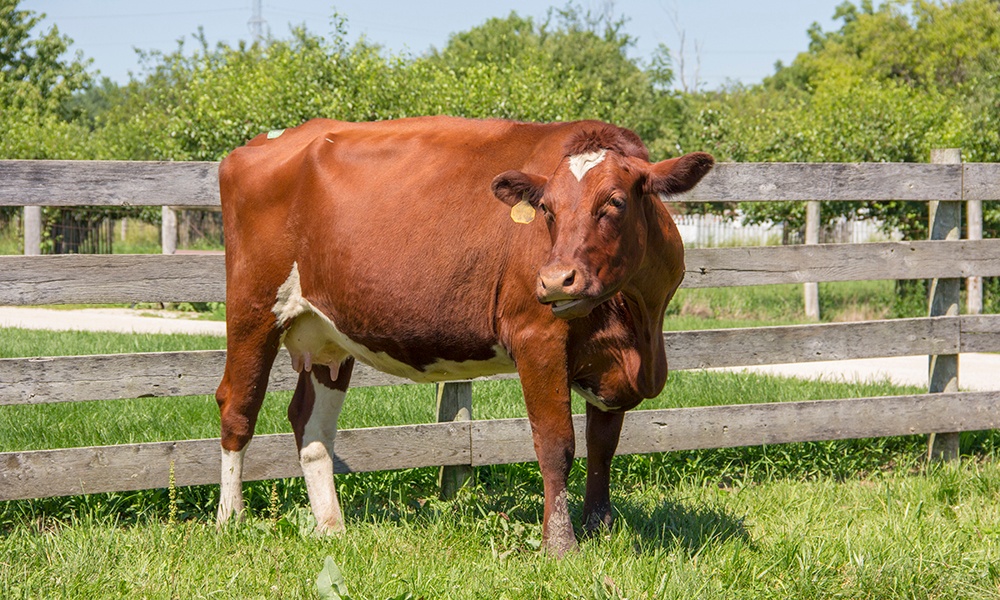 “The roots of this place are in dairy, so this is a perfect fit,” Carpenter said. “These demonstrations will draw connections between the many unique assets of our site, including the ice house, windmill/milk house, and cow stanchions inside the barn and show one of the most important daily activities that happened on this farm in the 1890s.”

Dairy Day, which in the past has been held at St. James Farm, will be held at Kline Creek Farm on Sept. 8 this year.

“Conservation breeding is important so we don’t lose all these genetics,” she said.