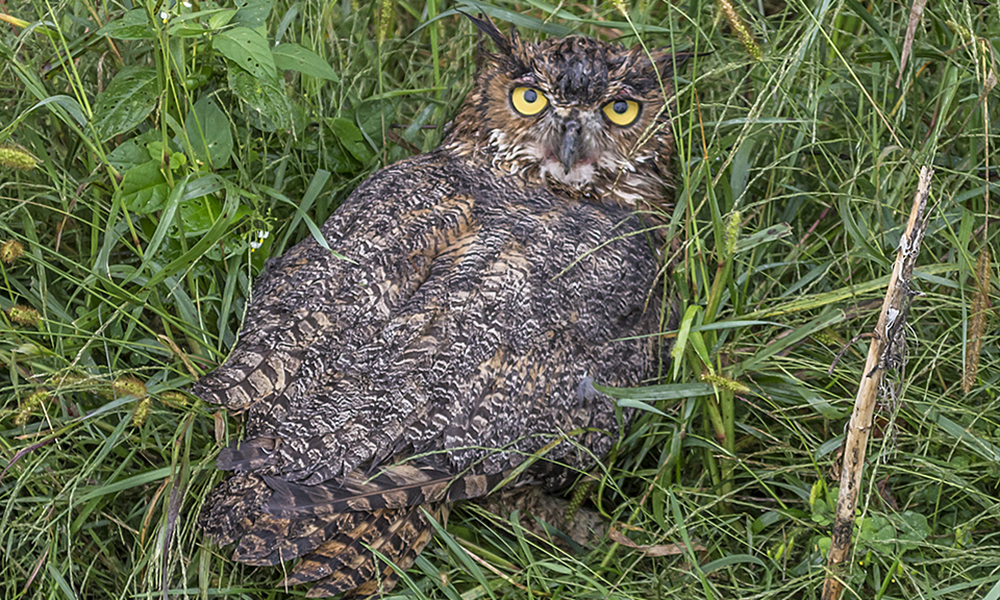 Duane Marski was walking the grounds of Kline Creek Farm in West Chicago recently when he noticed a large bird walking on a back road near the orchards.

Assuming it was a Coopers hawk, Marski watched as the bird tried to fly away when a farm vehicle approached, but it could not get off the ground. 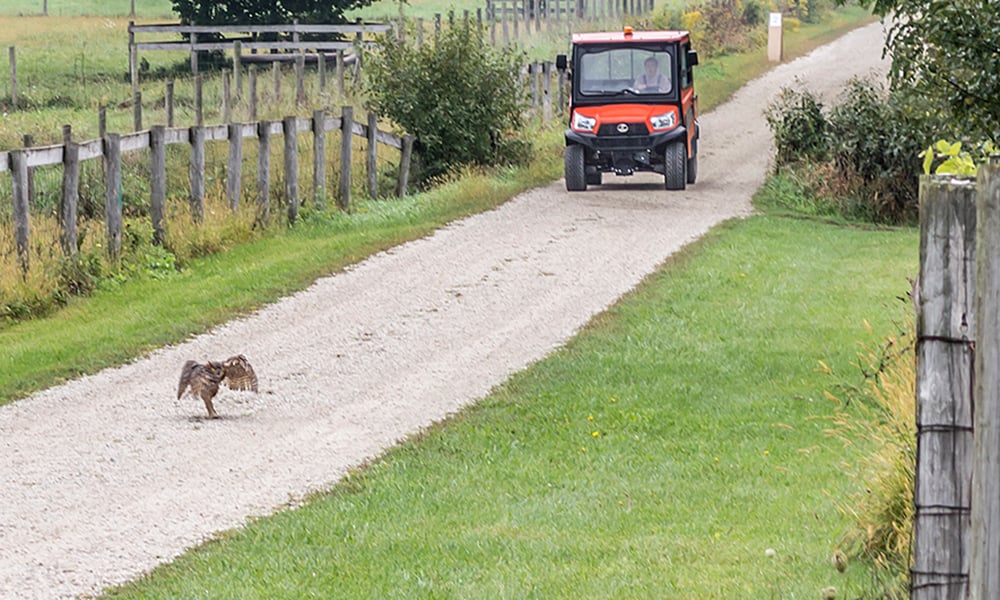 Instead, it ran into foliage against an orchard fence and sat. It was then that Marski realized it wasn’t a Coopers hawk but a great horned owl. Marski also noticed blood on the owl’s eyelids.

“I sat down on the grass about six or eight feet away and watched the bird,” Marski recalled. “It seemed quite calm in spite of my proximity.” 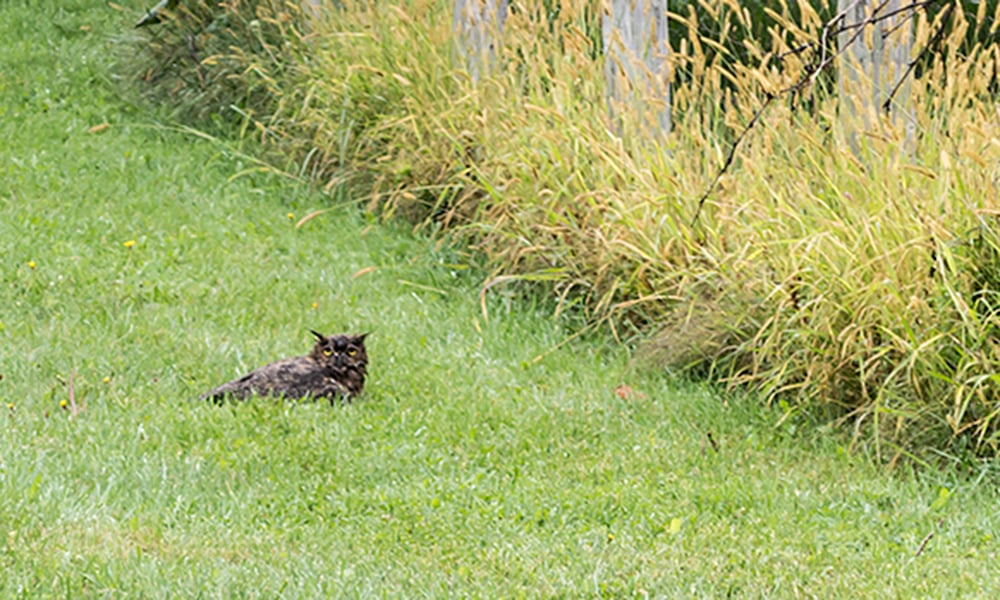 The owl keeps an eye on Marski as it sits along the fence line. Photo by Duane Marski

Marski sat with the owl for more than 30 minutes until help arrived in the form of two Forest Preserve District police officers. “I never saw its gaze leave my face,” Marski said.

Officer Vicente Hernandez and Sgt. Krist Schroeder arrived, secured the owl in a blanket and brought it to Willowbrook Wildlife Center in Glen Ellyn for treatment. 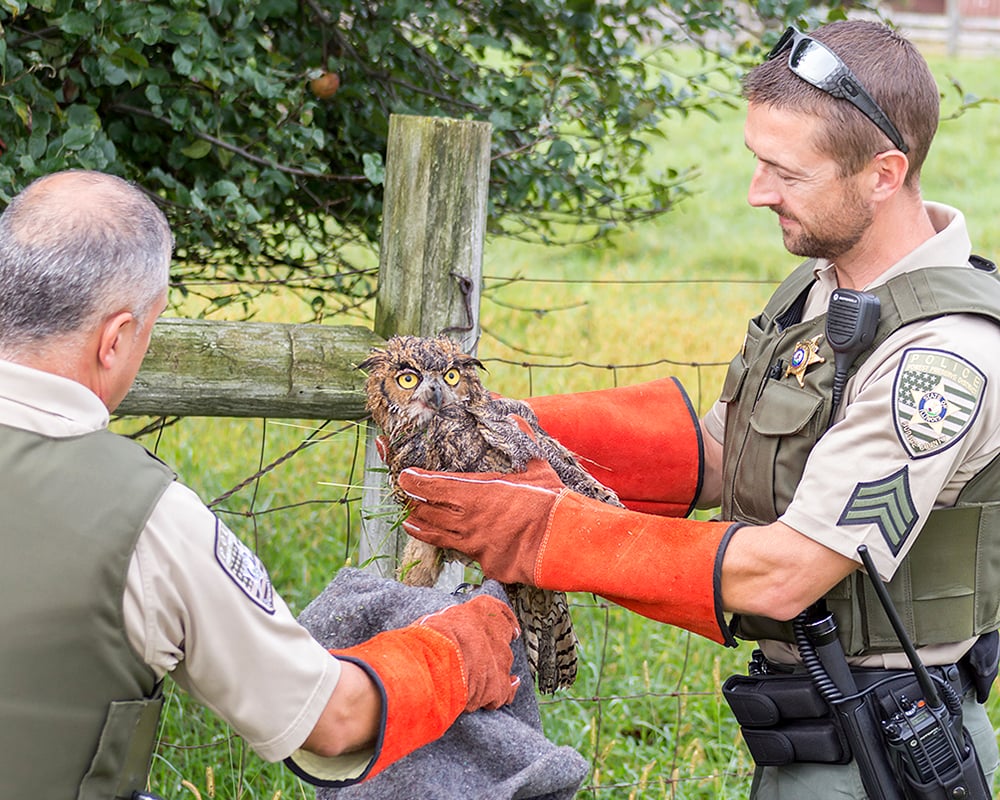 At Willowbrook the owl was treated for wounds on its left leg, according to Willowbrook wildlife specialist Rose Augustine. There was swelling and bruising around the wounds but no fractures, she said. The owl had blood on its face but no injuries to its eyelids. Willowbrook staff suspect the blood came either from food or the bird preening the leg wound, Augustine said.

The owl was treated at Willowbrook with pain medications and an antibiotic. One week after admission and the start of treatment, its wounds were scabbed over and the owl was using its leg normally. It was then moved to Willowbrook’s indoor raptor flight facility while the wound finished healing.

The owl was brought back to Kline Creek Farm to be released 14 days after its admission, and Schroeder got to do the honors. 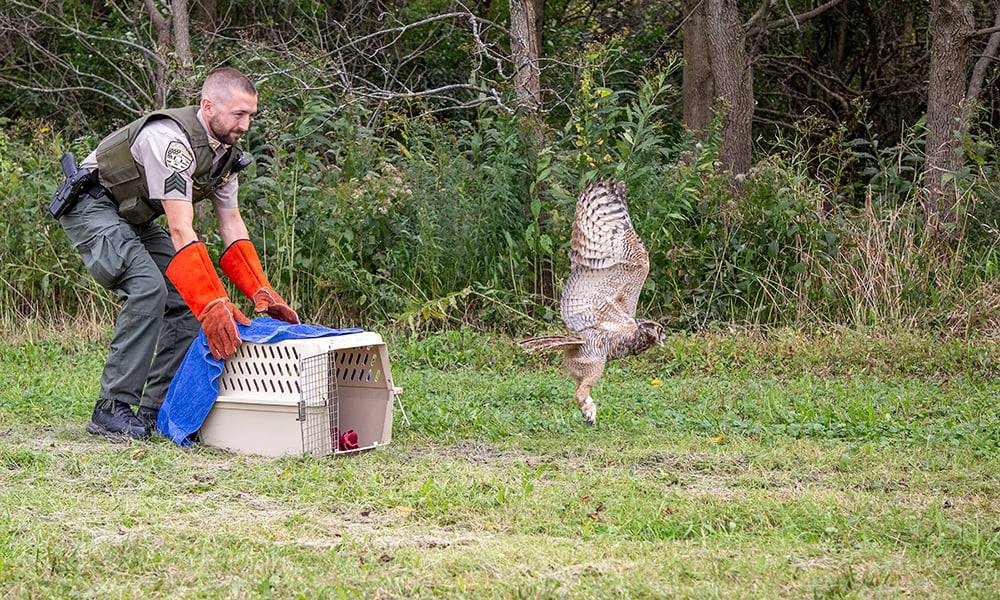 "I couldn’t believe how strong the owl’s leg and toe muscles were with the sharp talons,’ Schroeder said. “It felt good to be able to help the owl. We don’t get calls for injured owls often, especially the state’s largest owl species.”

Great horned owls begin setting up territories and nests in October. Most mate for life, and the pair begin a courtship display, loudly calling to each other. They are nocturnal and live in DuPage County year-round. They live in semi-open habitats in wetlands, grasslands and forests.

The owl flies along the treeline before banking to the left and disappearing into the forest at Kline Creek Farm in West Chicago. 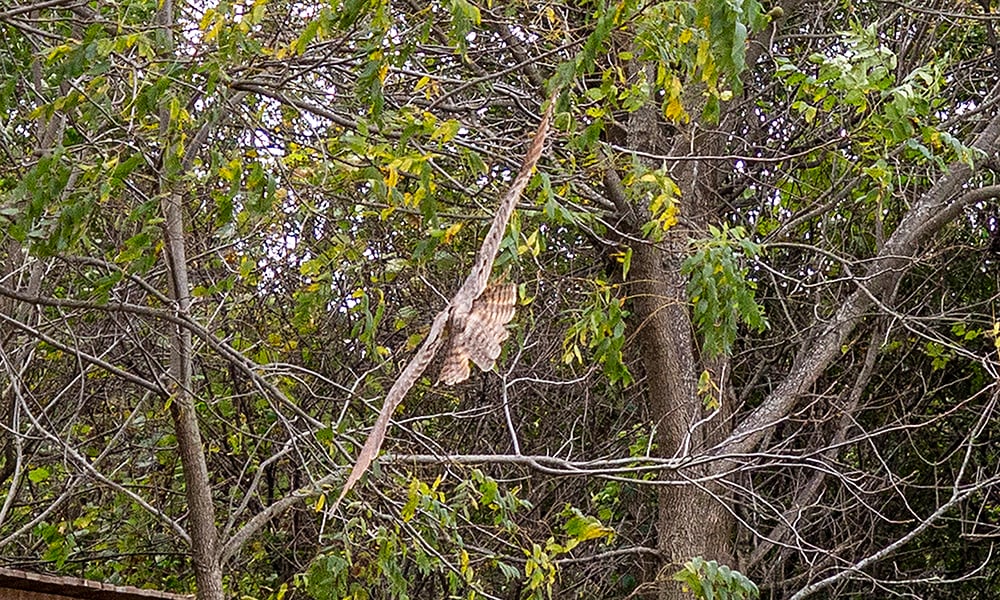 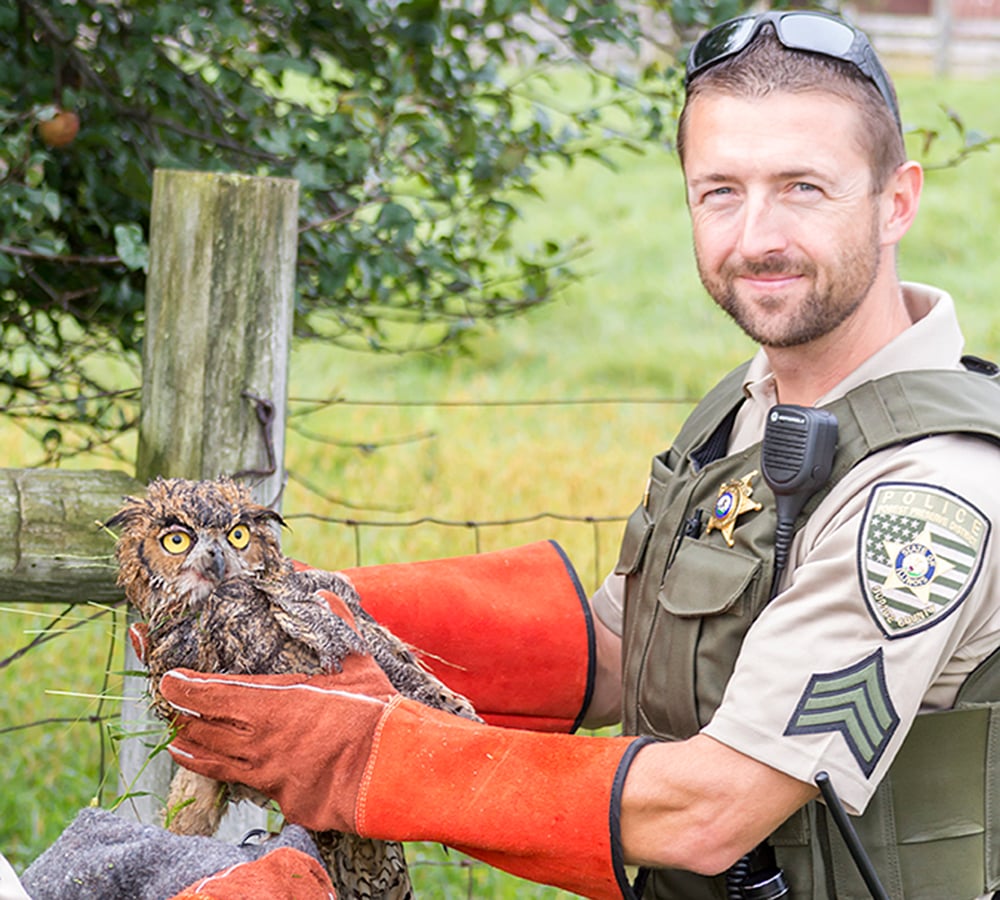