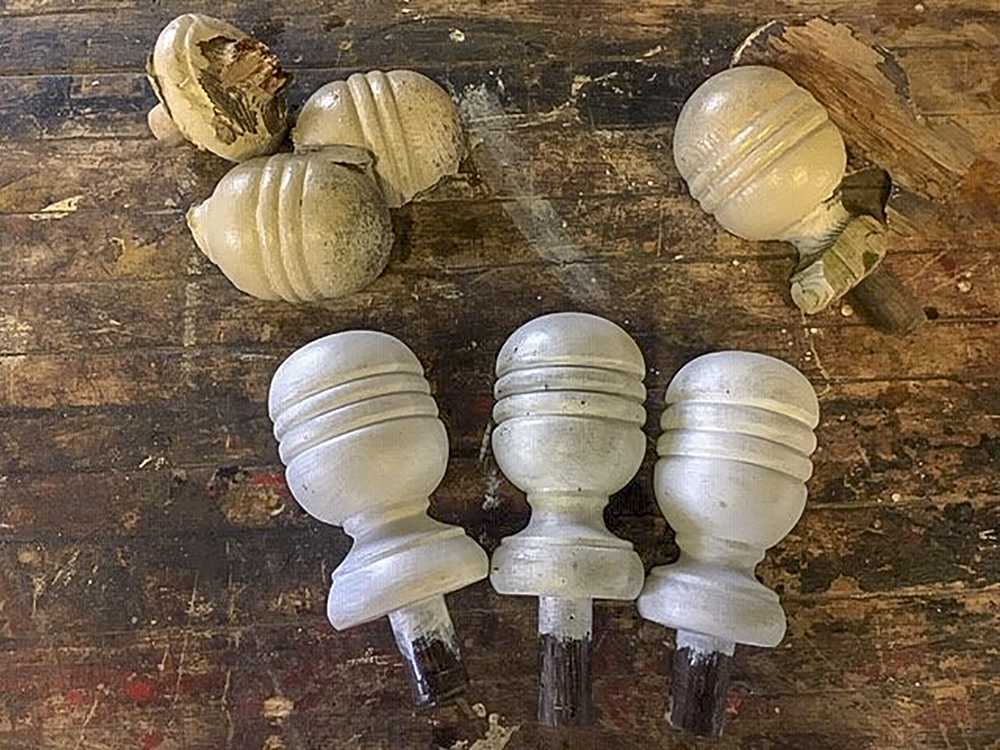 The farmhouse at Kline Creek Farm is 130 years old and has been repaired many times. The Kline family updated it over the years as styles changed, and when it passed down to their children they all put their own decorative touches on the house.

When the Forest Preserve District opened it as a museum 30 years ago, the farmhouse was fully restored to its 1890s appearance. Time and weather have taken their toll, and from time to time it becomes necessary to replace exterior elements of the farmhouse.

Last winter, I began working on replacing the finial newel posts. They are the decorative tops on stair railings. We have three on the farmhouse, and two are broken beyond repair. My options consisted of recreating them or buying something similar online. My internet search turned up nothing similar, but it gave me a price range on what I could expect to pay for a replacement. I also found some similar finials from other historic house restorations. 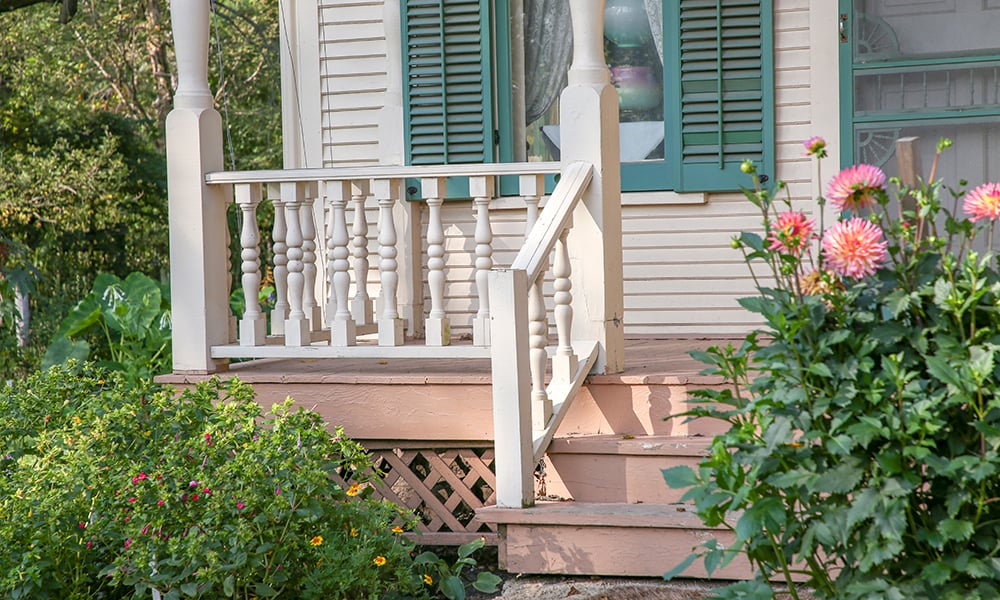 It is important when doing any work on a preserved historic structure to ask questions and do some research first. We strive to preserve the historical accuracy of the house, meet all modern building requirements and not damage other historical elements of the building. There’s also a chance with each repair to improve on the restoration or to add to the longevity of the house.

The first thing I did was look for clues on the broken parts to see if they were original to the 1890s. I quickly determined the parts were made from two pieces of wood glued together. This is a pretty good sign that they were from the restoration over 30 years ago. I looked in the restoration report and found no mention of the finial, but since I had seen similar finials in other historic homes, I was confident that the broken finials were the appropriate style for the farmhouse. 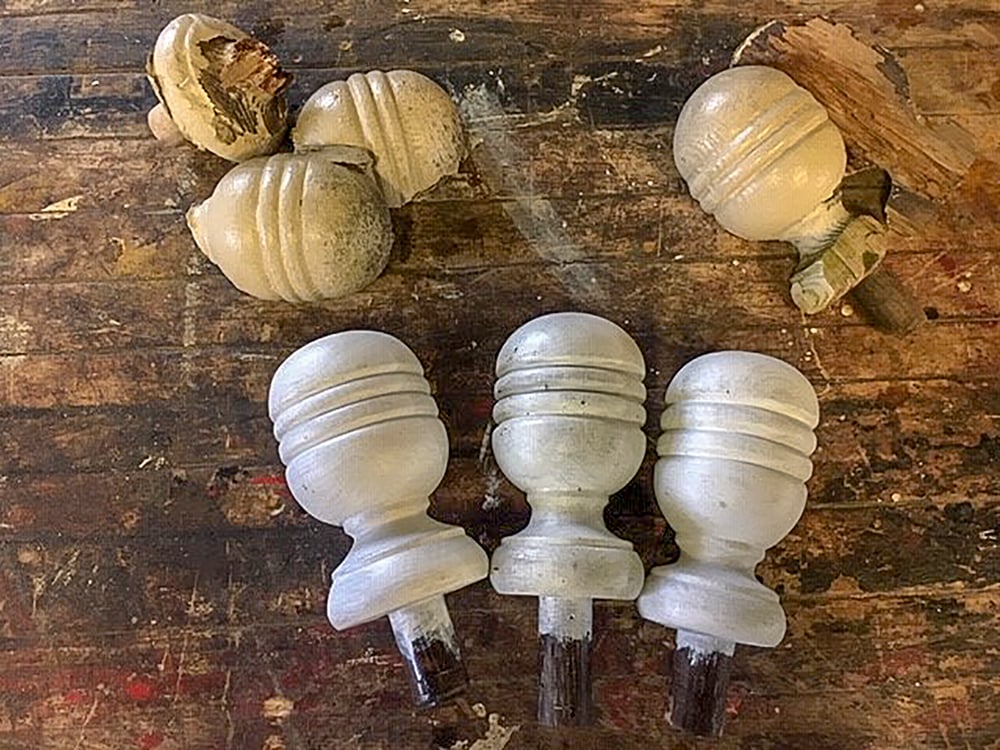 The next question I tried to answer was “What was here originally?” For that I looked into the historical record of all the things that existed in the 1890s. It can be newspapers, diaries or even parts of the house. We have a whole collection of parts we call “control samples” that we save for future research and repairs. They contain original paint colors, wallpaper and architectural elements. The Forest Preserve District has restored many historic buildings, from which we have control samples from buildings at Kline Creek Farm, the Frederick Graue House and Mayslake Peabody Estate.

Photographs are also part of the historical record. There are many relatives of the Kline Family in the area and they generously donated family pictures, many showing the buildings at Kline Creek Farm. Luckily, one of the donated post cards from the family shows the parlor porch where one of these finials would be. This confirmed my suspicions. The finial was not part of the original house. In fact, there was no railing on the stair at all. Railings were not required back then, so many houses didn’t have them. 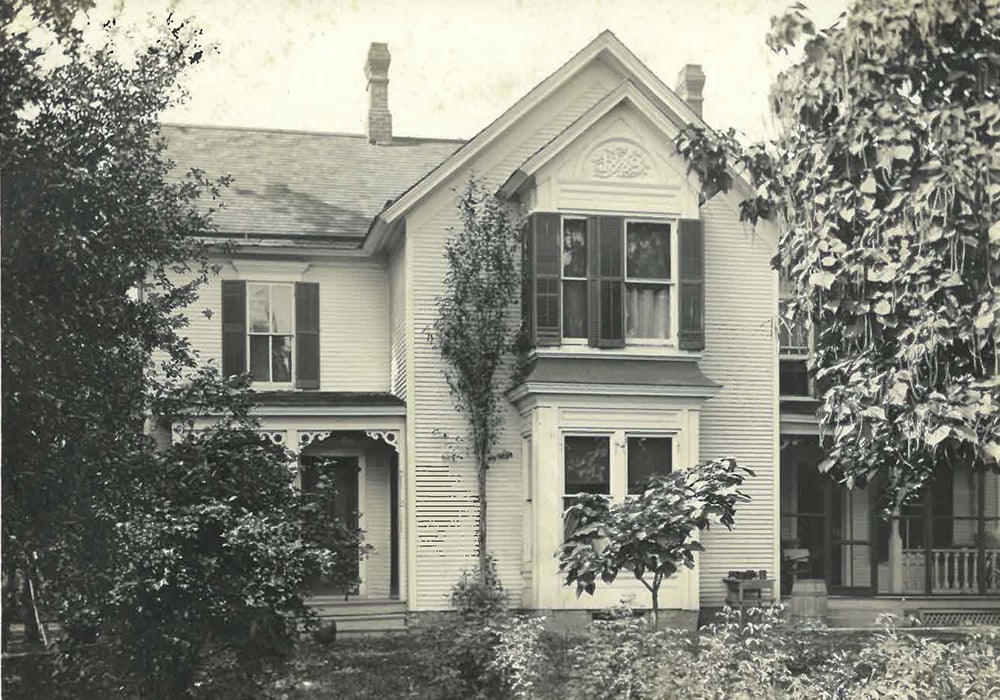 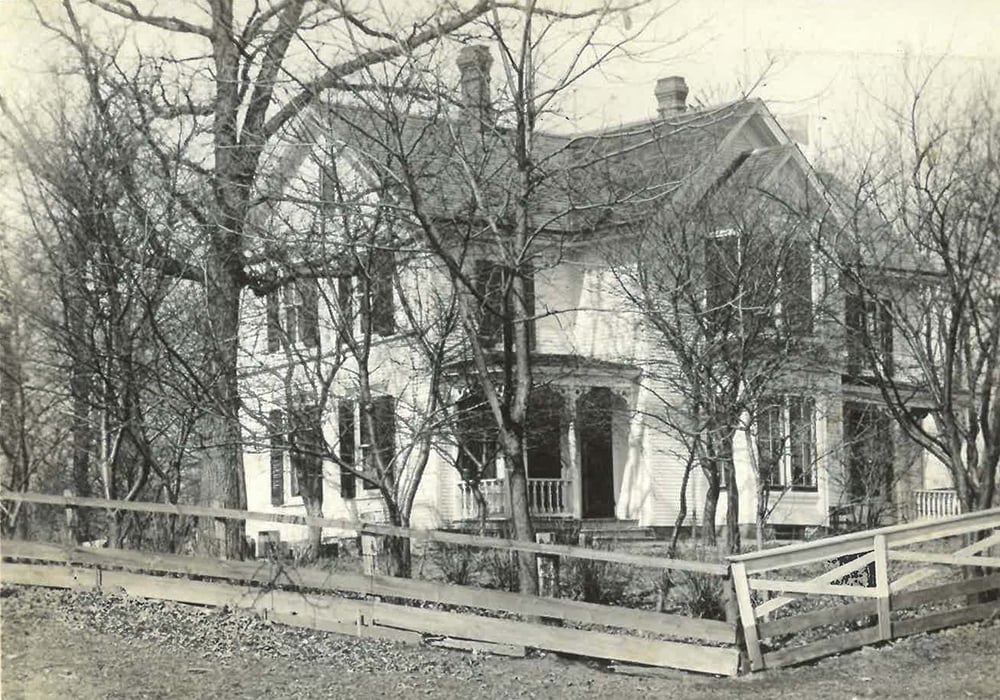 But railings are required today, so I will need to replace the finials. I could pick some from the many online offerings, but I did not find any that looked like what we had. I could have Village Woodwright Inc. reproduce them using the heartwood of a local white oak tree that came down in a storm. Using heartwood would make the new finials much more resistant to rot so they will last longer. Having them custom made using local wood gives us a connection to natural world around the farm and the price was less than many I found on the internet.

Thanks to the Village Woodwright we have three reproduced finials. Carpenters from our Facilities Management replaced the rotten and damaged posts and hand rails and installed the new finials. 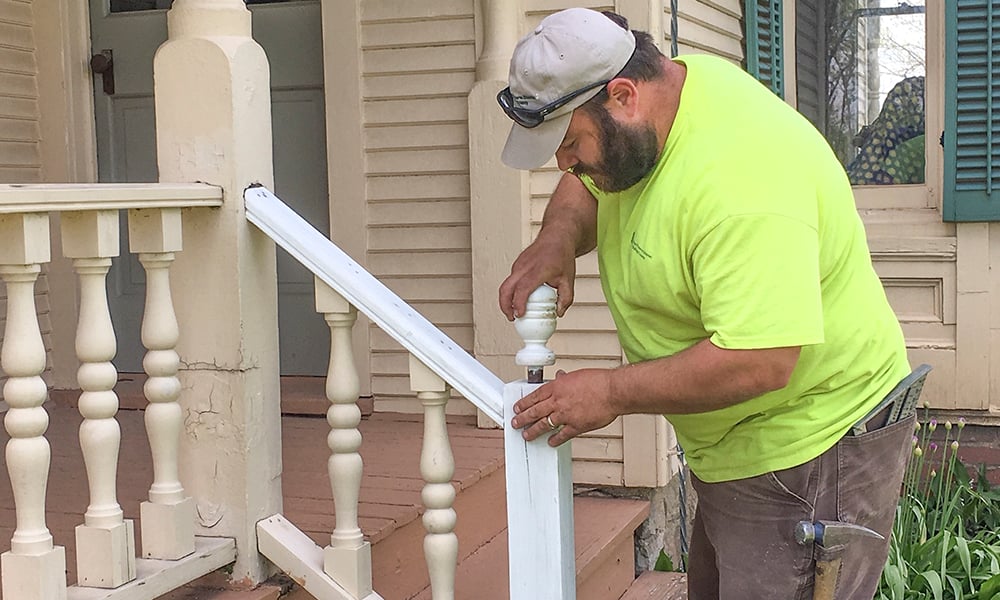 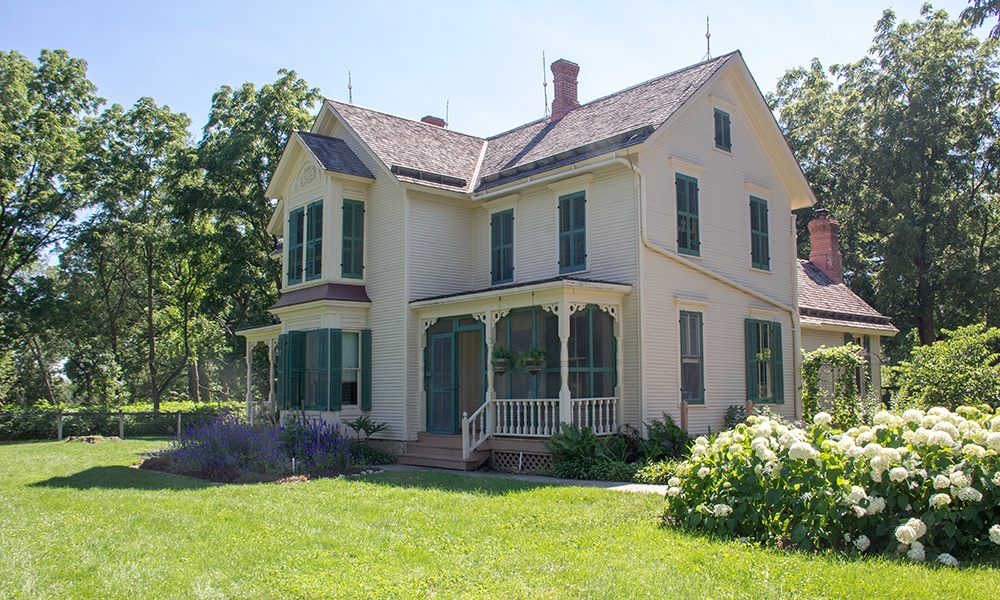