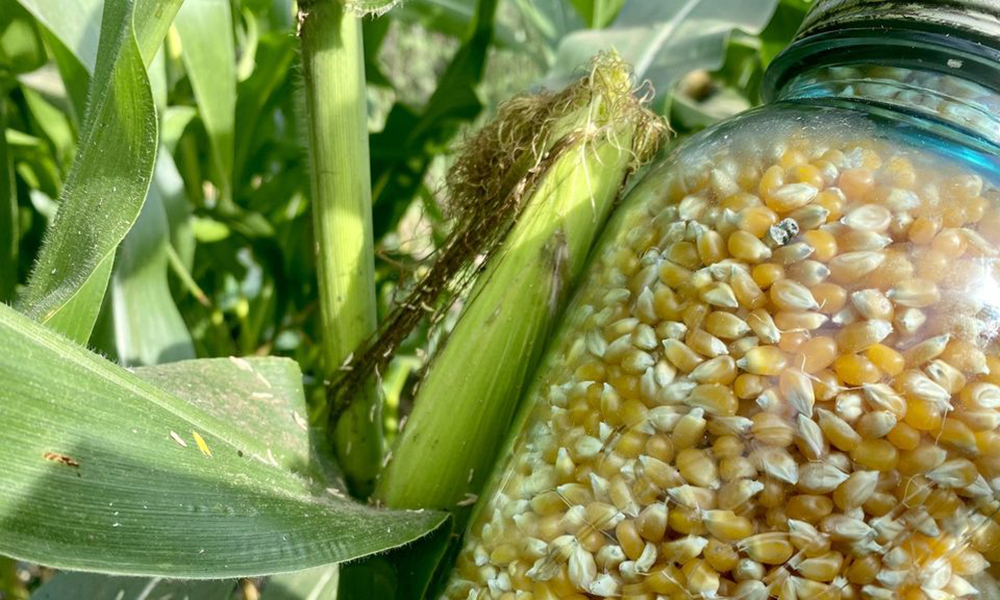 Popcorn is an American story and is the world’s first cultivated corn. Corn planted in the plowed prairies of the Midwestern soil of Illinois, Iowa, Indiana, and southern Wisconsin produced some of the tastiest popcorn in the world at the turn of the 19th century.

Popcorn pops when heated moisture inside the kernel partly gelatinizes the starch grains. The steam bursts the hull, and the endosperm inside flies out and solidifies. Popcorn's naturally 16% moisture and must be dried to 13% – 14% moisture before it can pop. Drying can occur in the field or using low heat. The best way to store dry unpopped corn is in a jar with a tight seal at room temperature. Storing it in the freezer or refrigerator can dehydrate the kernels.

Popcorn kernels can be small, thin, or fat and round and can come in black, yellow, white, red, orange, blue, pink, or somewhere in between, but they all pop white or light yellow. Some taste crispy and light, some creamy and sweet, and others mild and fluffy. Others yet are tender and mellow, but some are crunchy and bold.

Popped popcorn comes in a variety of shapes, including butterfly, snowflake, and mushroom. Butterfly and snowflake expand the most, exploding in all directions. Mushroom popcorn usually explodes in one direction, forming a spherical head, and is most often sold in movie theaters because its high volume makes it more profitable. It's also durable; easily coated with cheese, caramel, or butter; and has a long shelf life. 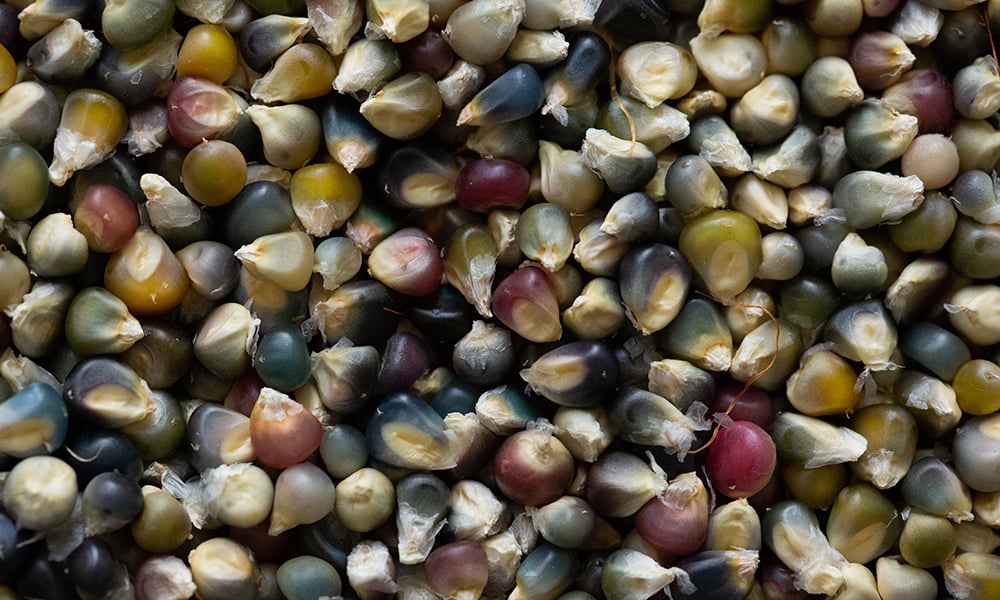 To set the record straight, hulless popcorn does not exist. All popcorn has a hull, though some hulls are thin, making the popped corn feel more tender. White popcorn is often considered a premium because of its light hull, but more people prefer the taste of yellow popcorn, although they don't care for its firmer hull.

Back at the turn of the 19th century, rich prairie soil created a variety of heirloom popcorns, including baby white rice, black diamond, chocolate, autumn blaze, Savannah gold, apple blossom pink, red river valley, yellow, blue, and traditional white. Heirloom varieties were developed for their taste, unlike contemporary varieties, which are created for their volume and marketed for profit. Today's growers want hybrid popcorn that is untemperamental and gives a high yield. They want high expansion and low numbers of unpopped kernels, which are called old maids, widows, duds, flopcorn, or burnts. 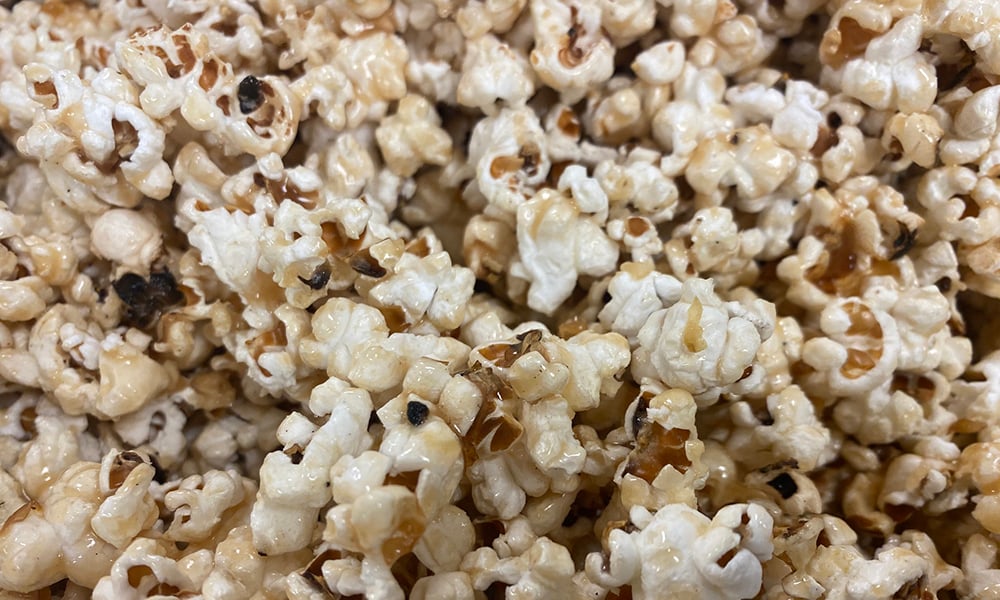 In 1892 a simple molasses taffy was poured over popcorn, and in 1893 the creation was sold at the World's Fair in Chicago. Carmel corn continues to be popular to this day. In 1901 peanuts and a prize toy were added, and the mixture was sold in a box at baseball games. Cracker Jack with its iconic logo brings back memories for many fans.

At Kline Creek Farm, we will be demonstrating how to make heirloom varieties of popcorn on an 1890s wood-burning stove in the summer kitchen the first three Saturdays of October from 10:30 a.m. to 2:30 p.m. Pop in for popcorn facts and samples, and then pop out smelling like fresh  popcorn!