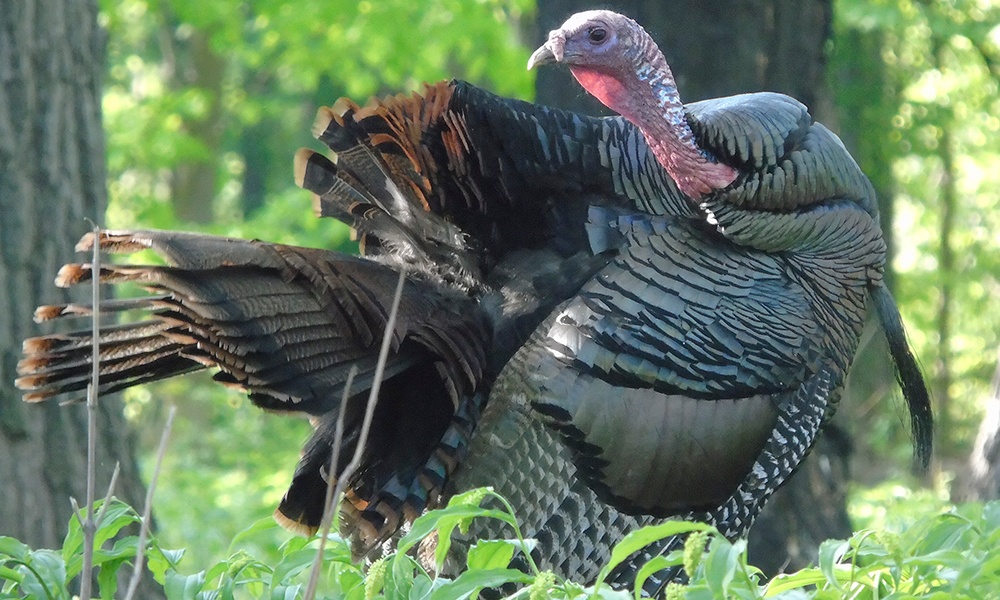 For a lot of people, it’s turkey time. There are hand turkeys, turkey trots, turkey bowls and even tofu turkey with all the trimmings. If you hike through the woods at Herrick Lake, Blackwell, Danada or St. James Farm forest preserves, you just may see the real deal.

Like many domesticated animals, farm-raised turkeys come from wild stock, but thanks to unintentional cross-breeding, many wild turkeys today, like those in DuPage, have domesticated genes, too.

In general, wild turkeys have dark plumage and iridescent colors; their domesticated counterparts can be all white. Many domestics are bred for size, so they’re usually larger, too. Because the two are so interrelated, though, behavior rather than appearance can offer better clues if you’re trying to identify a particular bird. 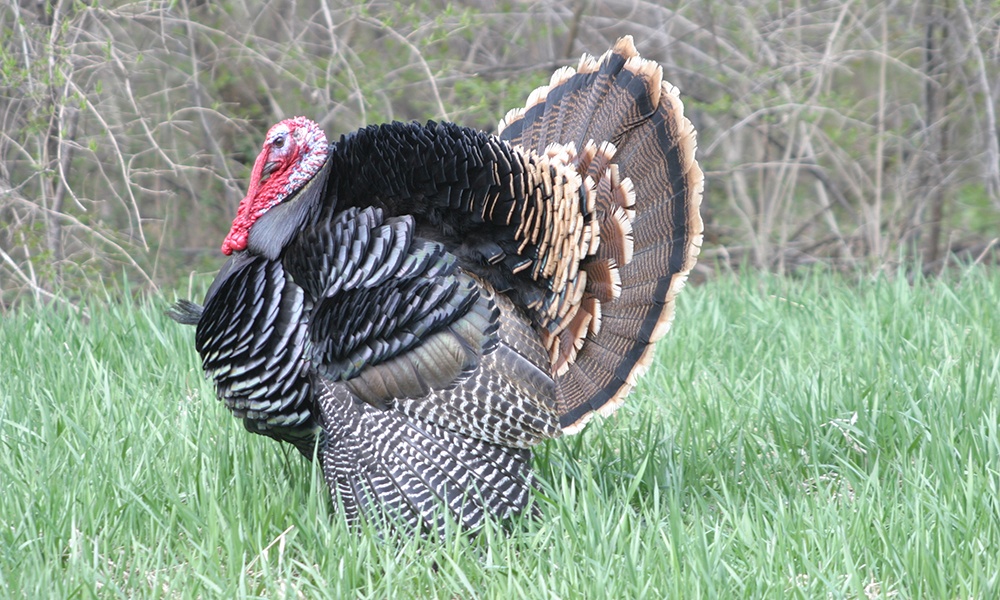 Like other wild animals, truly wild turkeys need sharp instincts to survive. They have excellent vision and hearing and are fast runners that can also fly out of harm’s way. They rarely approach humans. On the other hand, because of their size, most domesticated turkeys can’t fly or reproduce and have lost their natural instincts, including their fear of people.

Case in point is the turkey in this photo. It may look like a wild bird, but “truly wild turkeys would never stand still long enough to let a human approach,” explains Forest Preserve District ecologist Dan Thompson. “They’d scatter immediately.”

On the other hand, turkeys at some of the state’s parks — birds that ecologists believe to be truly wild — seem to tolerate humans quite well. “Lots of human contact habituates them. They’ve learned that humans won’t hurt them, so they don’t quickly scatter,” Thompson says. 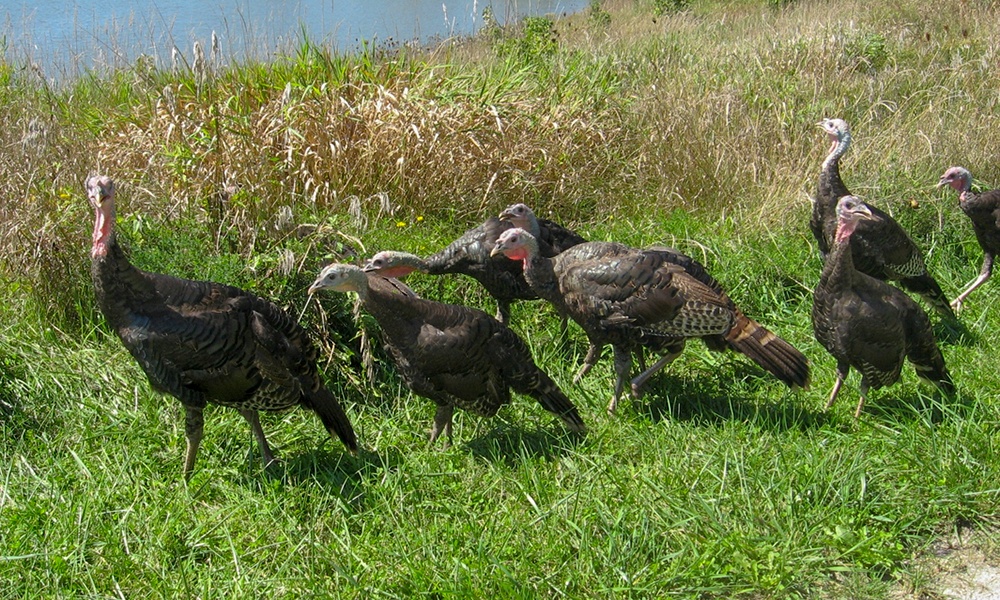