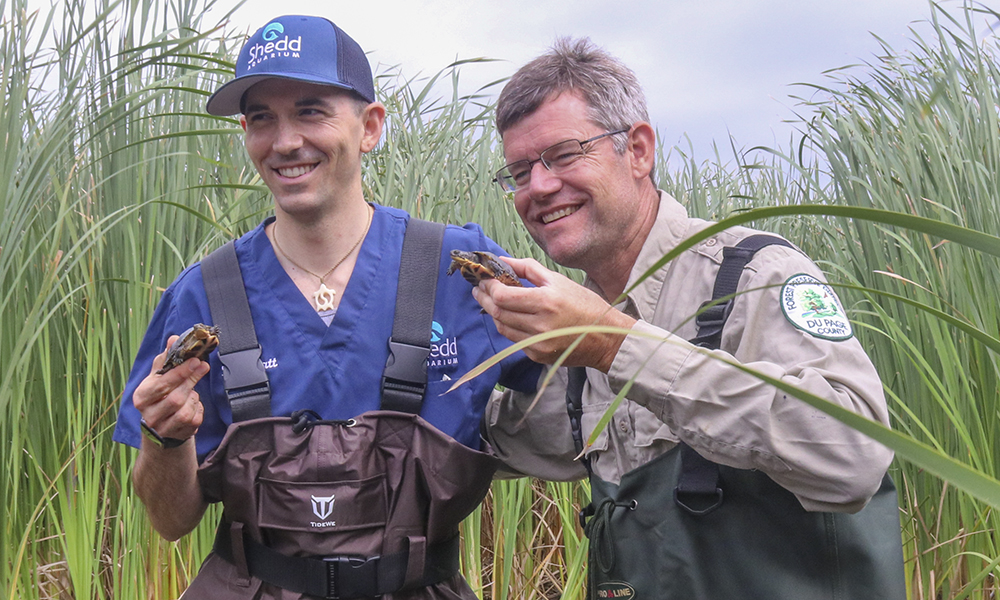 Shedd Aquarium is the newest partner in the Forest Preserve District of DuPage County’s longstanding Blanding’s turtle “head-start” program, which has released more than 3,000 state-endangered Blanding’s turtles into the wild since 1996.

Shedd has been raising the hatchlings for the past year after joining the program in 2018. They will begin the yearlong process again next week when they take in 24 new hatchlings under the guidance of Dr. Matt O’Connor, a senior staff veterinarian at Shedd.

On Tuesday O’Connor and a team of colleagues released their 23 charges in two DuPage forest preserves. 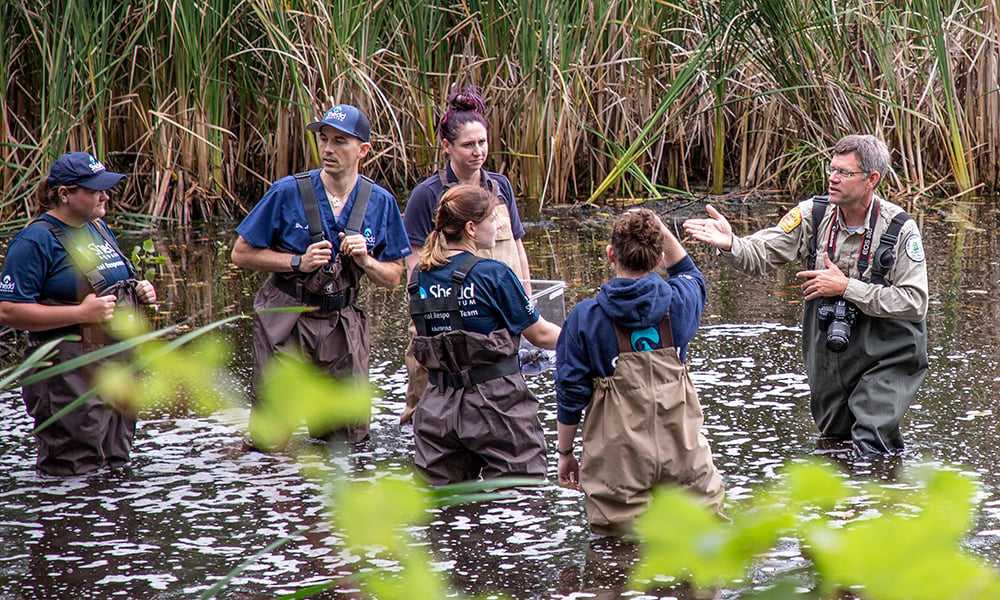 “We collected more than 300 eggs this spring and expect to have more than 238 hatchlings when they’re done,” according to Dan Thompson, a Forest Preserve District of DuPage County ecologist who oversees the Blanding’s head-start program.

Under the program Blanding’s turtle eggs are collected and turtle hatchlings are raised in captivity for about a year before being released into the wild to give them a better chance of survival. One of the biggest threats to Blanding’s turtles is predators eating their eggs in the nest. At least 90 percent of turtle nests are destroyed by predators during the 60-day incubation period each year. 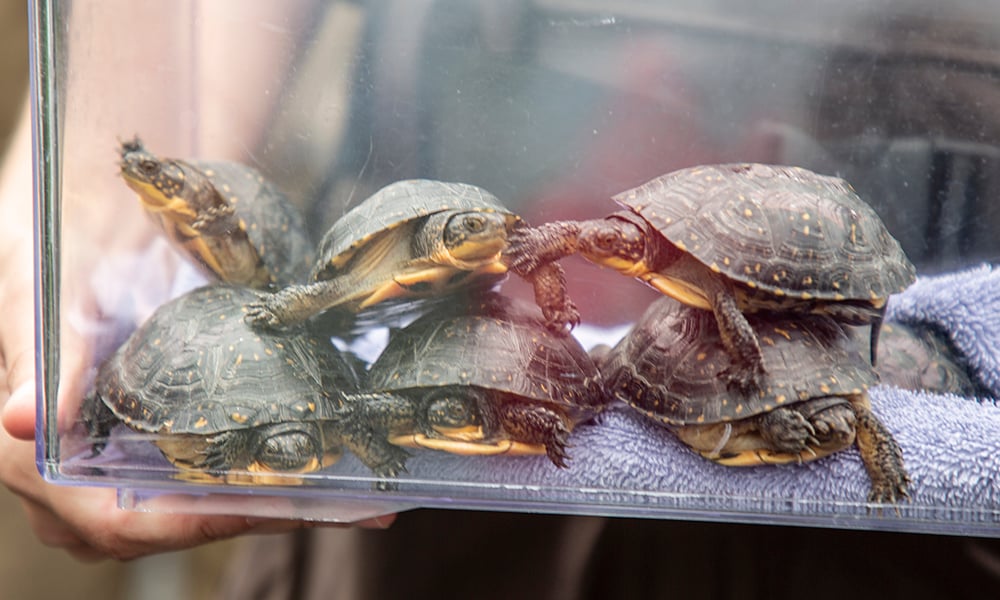 Blanding's turtle hatchlings in a container before their release in a DuPage forest preserve.

Raising the hatchlings in a protected environment their first year improves their chances of survival and gives them a fighting chance in the wild. One of the biggest threats to Blanding’s turtles is predators eating their eggs during their 60-day incubation period each year. 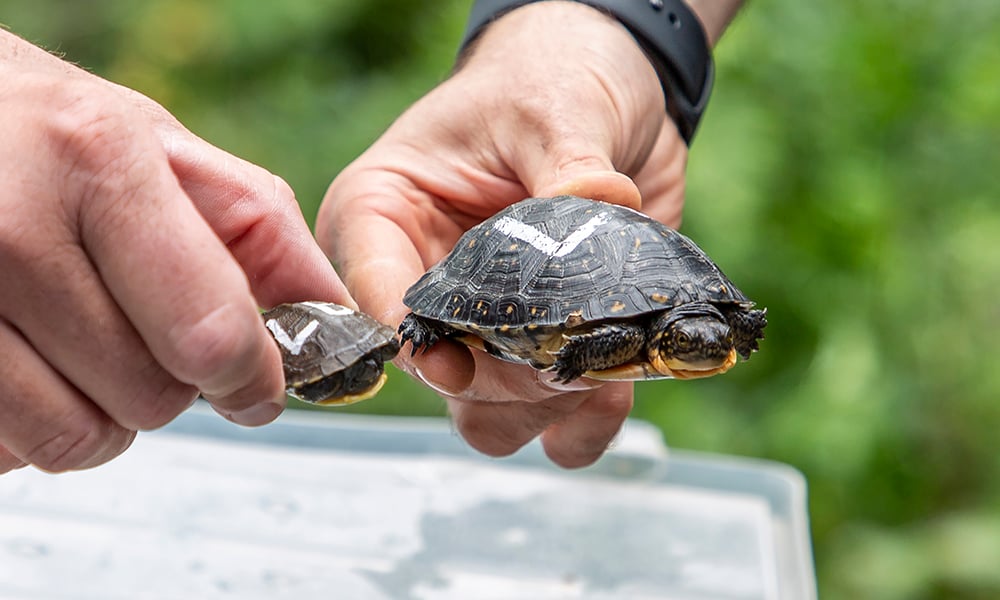 The size difference between a newborn Blanding's turtle hatchling (left) and a one-year-old turtle.

“It’s a hard life out there, and we have to identify the threats and do what we can to mitigate them,” Thompson said.

The head-start program improves their odds by collecting female Blanding’s turtles from wetlands and marshes in DuPage forest preserves before they lay their eggs in the spring, collecting their eggs and incubating them at the District’s Urban Stream Research Center in Warrenville. After the eggs hatch, they are kept and reared for about a year before being released back into the preserves. 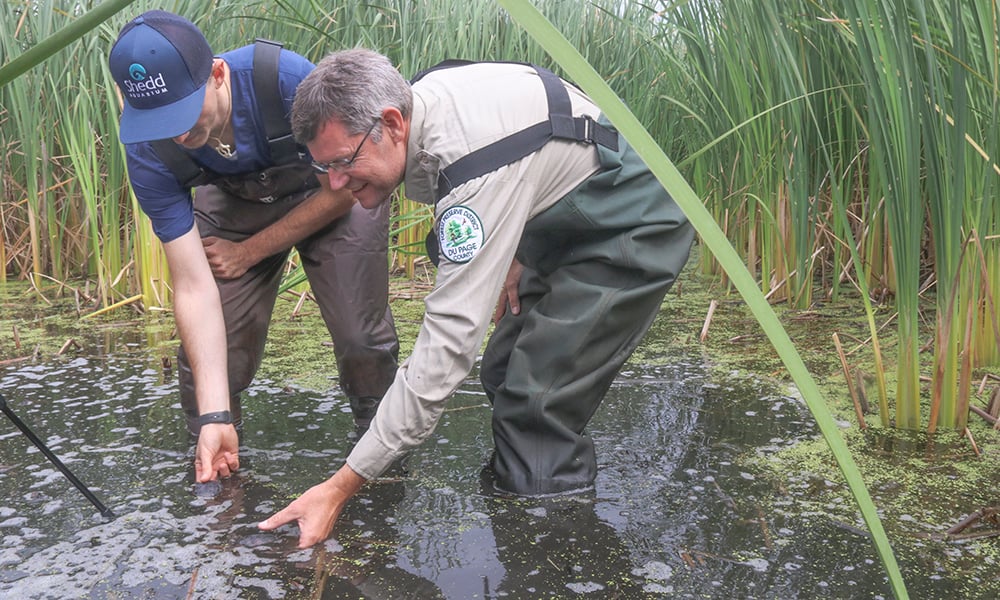 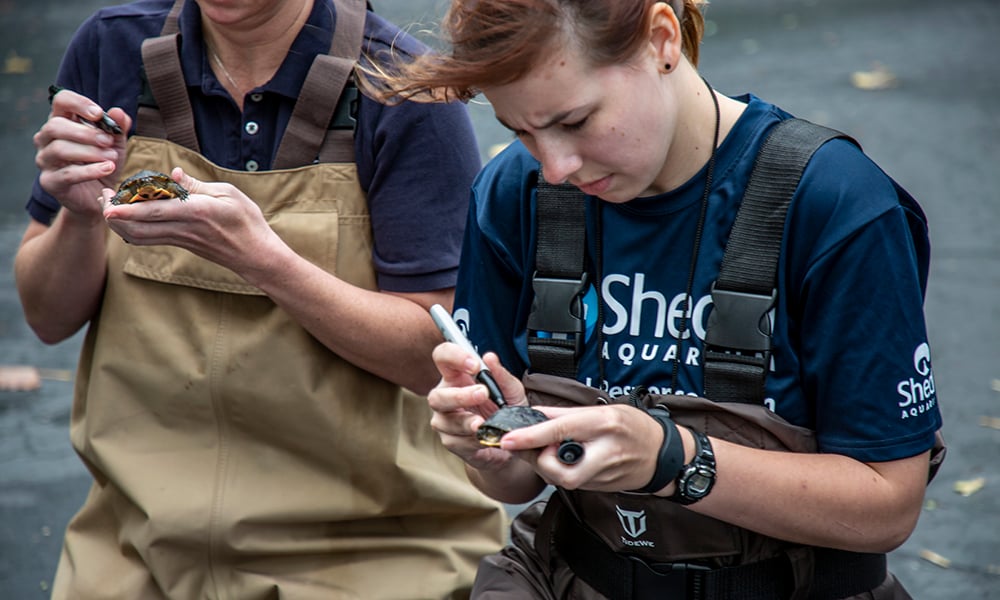 Shedd workers cover the white numbers on the Blanding's turtle hatchlings before they release them in a DuPage forest preserve. The numbers help identify the turtles while in captivity but are not needed in the wild.

For the first time ever, captive turtles born under the head-start program living at Brookfield Zoo are producing young of their own, Thompson said. 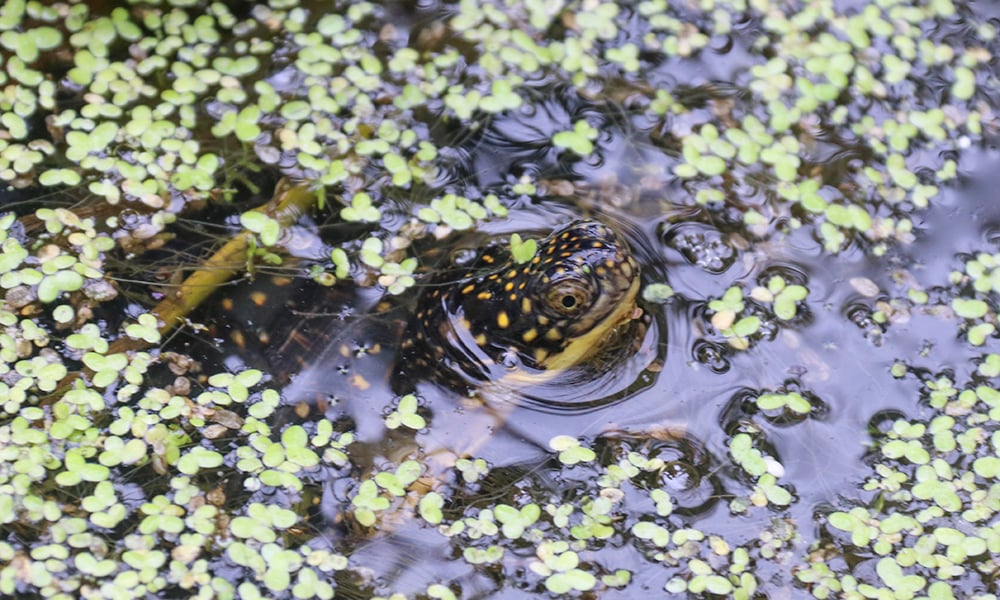