Relief for a Rare Reptile

By the end of the last century, the state-endangered Blanding's turtle was already suffering from fragmented and shrinking wetland habitats, and new research was giving ecologists even more bad news. The local population was comprised mainly of adults with few juveniles or young adults: The turtles were dying off faster than they could be replaced. 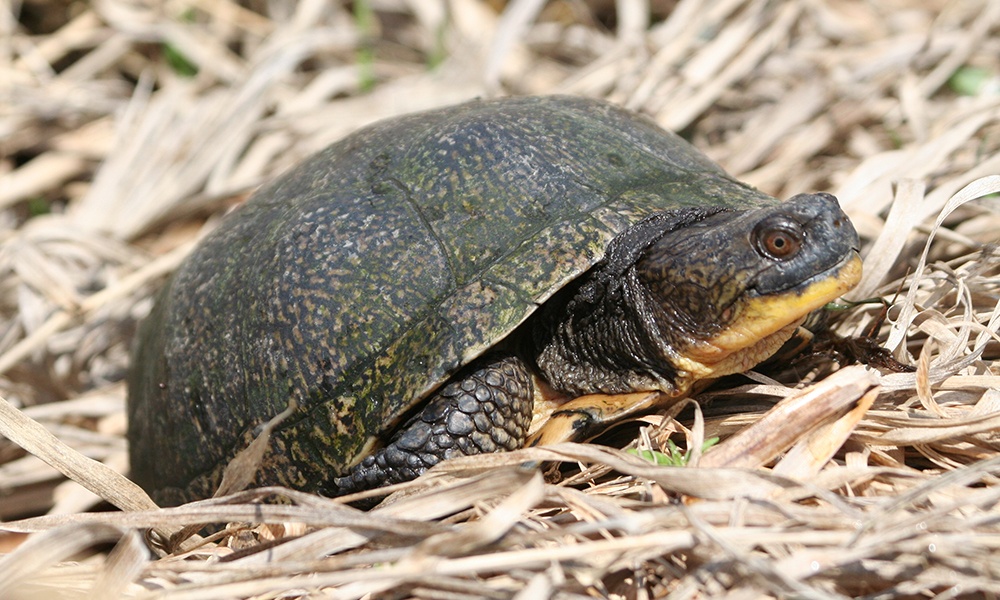 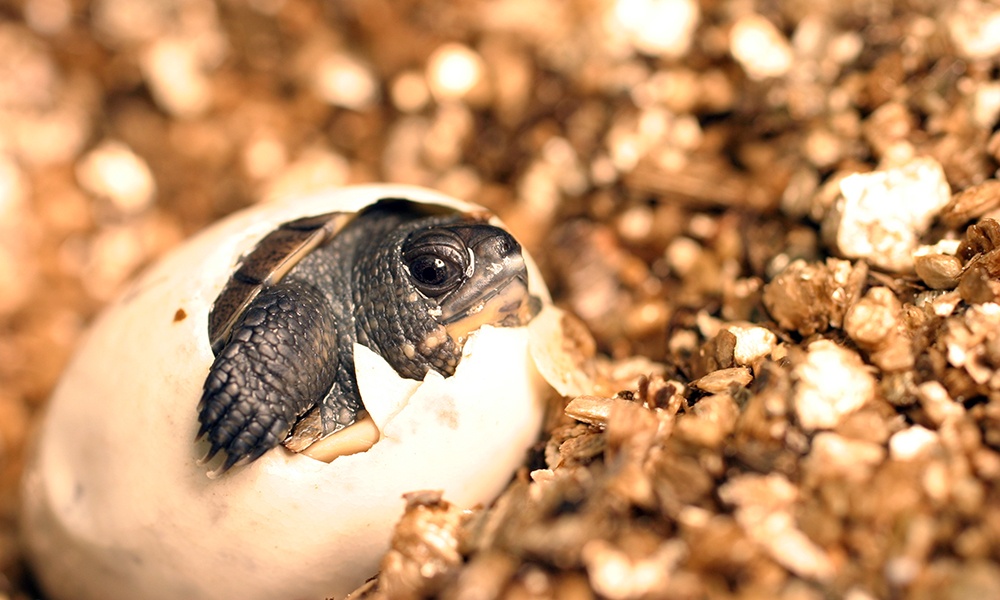 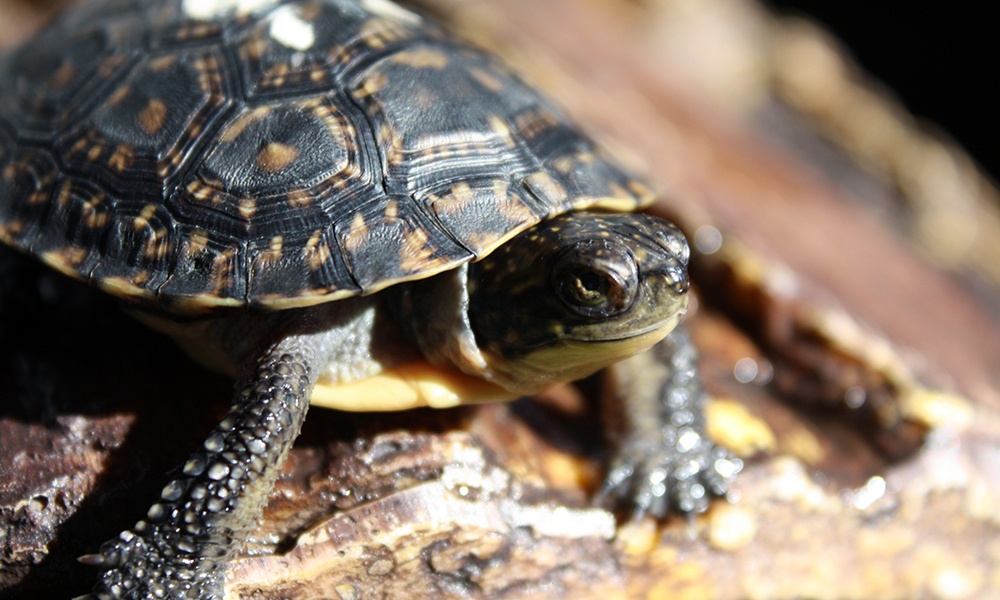 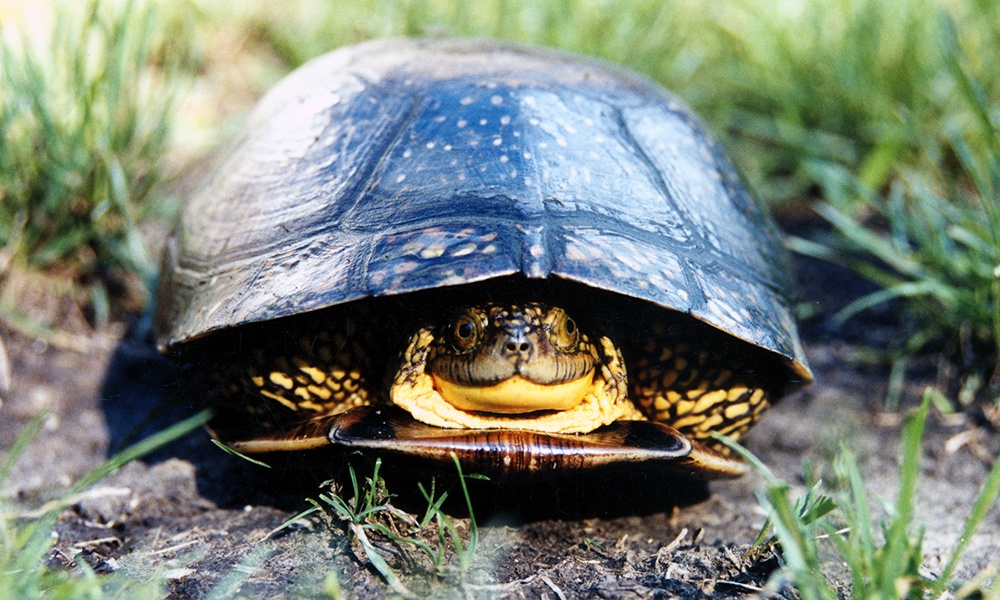 By the late 1990s Blanding’s turtles were already in jeopardy in Illinois.

Blanding’s turtles live in wetlands and marshy areas in the Midwest and Northeast but populations are threatened by habitat loss, automobile traffic and predators. The medium-sized turtle can live more than 80 years, but it only reaches reproductive maturity between ages 14 to 20 years. In addition, a female Blanding's will produce a clutch of only 12 to 13 eggs once per year.

Predators are also one of the Blanding's turtle's greatest threats. In the wild, its predators forage turtle nests and eat the eggs or even small hatchlings! During their 60-day incubation period, 90 percent of turtle nests are destroyed by predators every year. Raccoons are the most voracious predators of Blanding’s turtle eggs and hatchlings, and they will even take juveniles and occasionally the adult turtle. Other predators include the skunk, opossum and mink. Rising populations of these predators in many areas of the turtle’s historic range contribute to the loss of this species and why so few turtles hatch or reach adulthood.

One Egg at a Time

Each spring, ecologists use radio telemetry to locate tagged and gravid (pregnant) adult female Blanding’s turtles in DuPage forest preserves, which they take to the Urban Stream Research Center or Willowbrook Wildlife Center. The females are induced into labor, and the eggs are collected and incubated in nurseries.

Each female is numbered and identified — as are the eggs she lays — to provide a scientific record of each mother and clutch of baby turtles that are entered into a database containing DNA and other genetic history. When the female is done laying eggs and ready to be released back into her natural habitat, she is fitted with a radio transmitter on her upper shell, or carapace, to make it easier to locate her next year.

After the eggs hatch, turtle hatchlings are numbered and given a medical checkup to determine their weight, length and general health. They are kept and reared for about a year, outfitted with a microchip for identification purposes and then released back to the preserves.

Since its inception in 1996, the District has hatched more than 4,000 Blanding's turtles from wild and head-start mothers under the program.

Our partnerships allow us to expand and improve the head-start program, a collaborative effort that has a much greater chance for success and impact than would our single agency tackling species' recovery on its own.