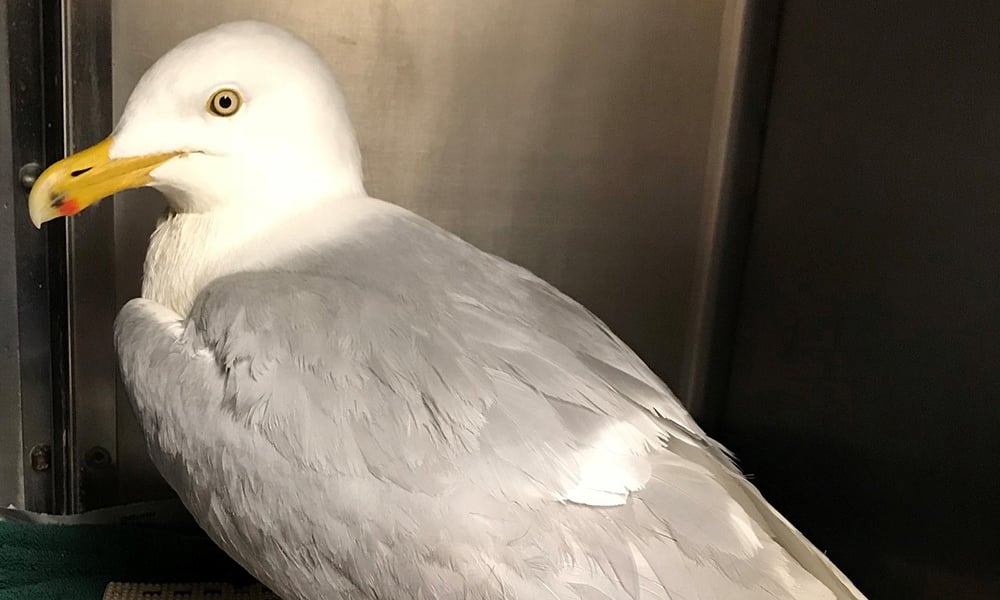 An injured herring gull received prompt treatment for lead poisoning thanks to a new lead analysis machine that Willowbrook Wildlife Center was able to purchase because of donations.

The gull was brought to Willowbrook on April 1 alert but unable to bear weight on his legs, symptoms resembling possible spinal trauma. An X-ray ruled out a spinal injury, leaving lead poisoning as another possibility. 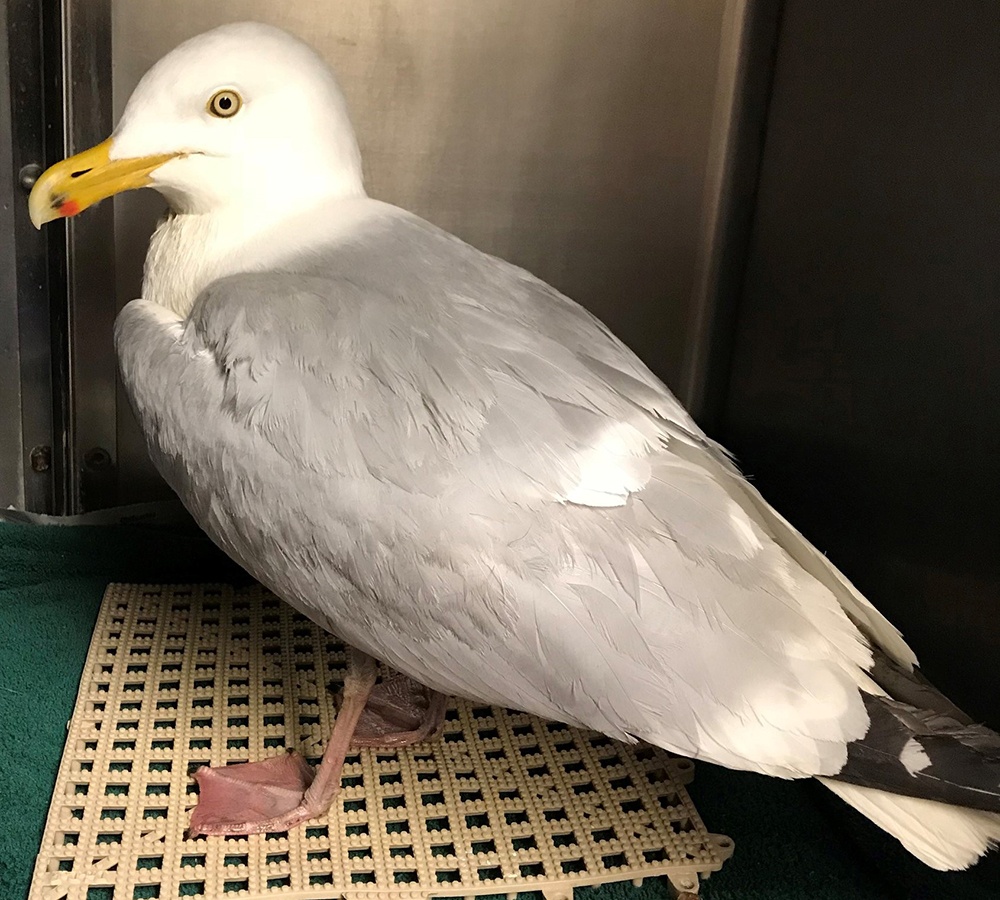 Willowbrook staff used its new lead analysis machine to quickly determine the gull had elevated levels of lead in its blood and promptly begin treatment. Soon afterward the gull was able to stand on its own and showed improvement, according to Willowbrook staff veterinarian Laura Meals. It is doing better but still undergoing treatment at Willowbrook. 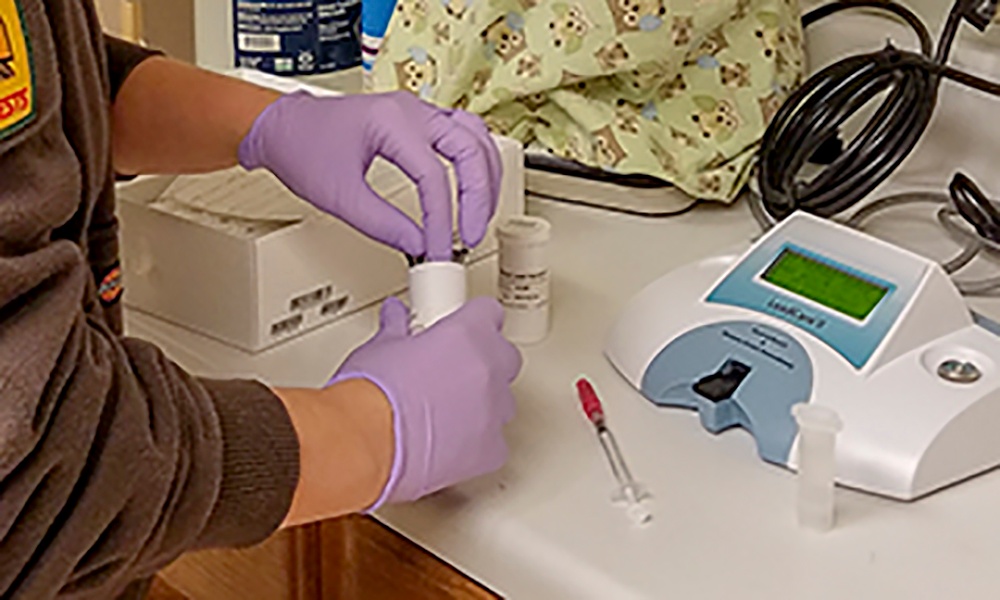 In just two minutes, the machine provides results from a very small blood sample, allowing staff to start treatment immediately and improving an animal’s chance of survival, Meals said. Before, Willowbrook would have to wait several days for results after sending blood samples out to a diagnostic lab.

“My goal as a wildlife veterinarian is to provide the highest level of care possible to each patient I see,” Meals said. “The lead analyzer machine allows me to immediately care for affected animals by providing a rapid and accurate result. It has been extremely rewarding to see our lead toxicosis patients recover and be release back into the wild.”

Lead poisoning can be fatal if not treated quickly. Meals has had to euthanize at least two Canadian geese in the past year due to crop impactions most likely the result of lead poisoning. Birds suffering from this become emaciated because they cannot eat. 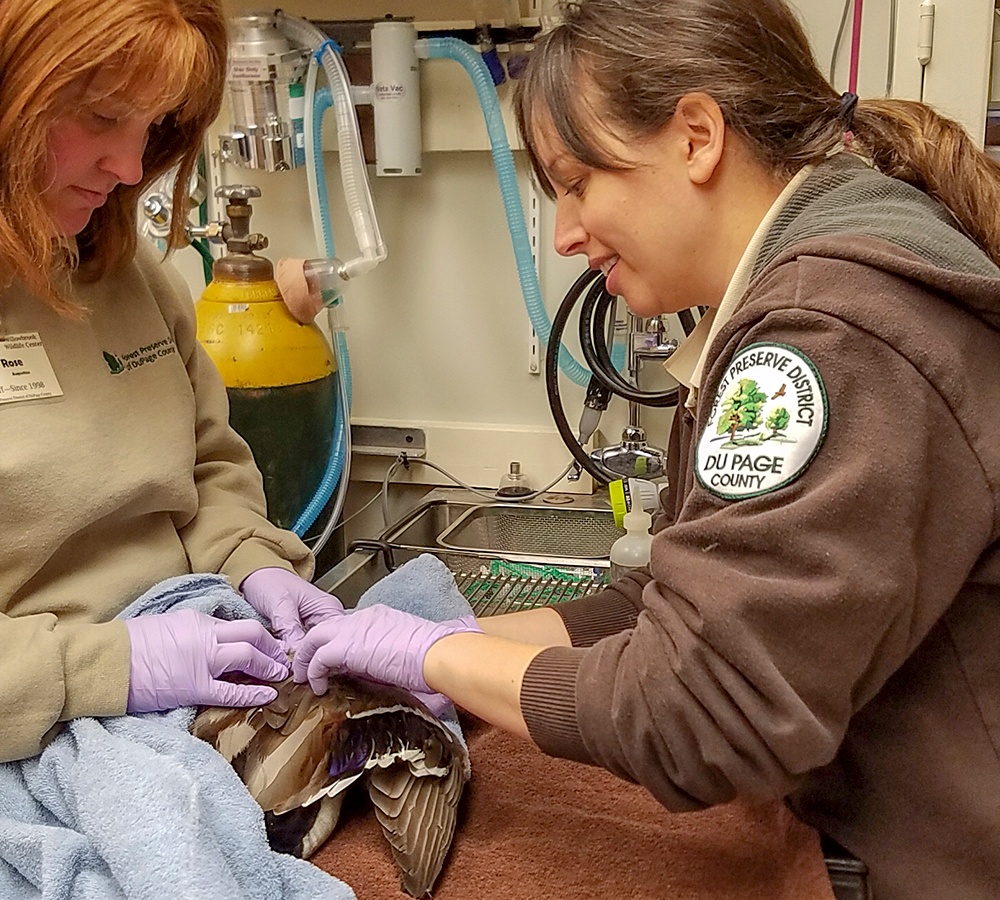 “These are critical cases and I had to euthanize a couple geese because I could not wait for the lead results or monitor their levels as frequently as required,” Meals said.

Willowbrook was able to purchase the $1,800 lead analysis machine in December 2017 thanks to donations from three individuals: Greg Still, Dolores Kowalski and Betty Johnson.

It is estimated that 10 to 20 million wild animals die each year due to lead poisoning in the U.S., according to the Humane Society of the United States. Animals are poisoned by ingesting spent ammunition or fragments of ammunition when foraging for food or by eating wounded or dead prey shot by lead ammunition.

Lead is a toxic metal that kills millions of animals each year and contaminates land and waterways across the country, according to the Humane Society. Because of its toxicity, lead has been removed from various paints and water pipes, some forms of gasoline and a host of other items to protect human health and the environment. Yet lead is still the most common form of ammunition used in hunting. Lead is also used in fishing weights.