Bird of the Year: the Pileated Woodpecker

Bird of the Year: the Pileated Woodpecker 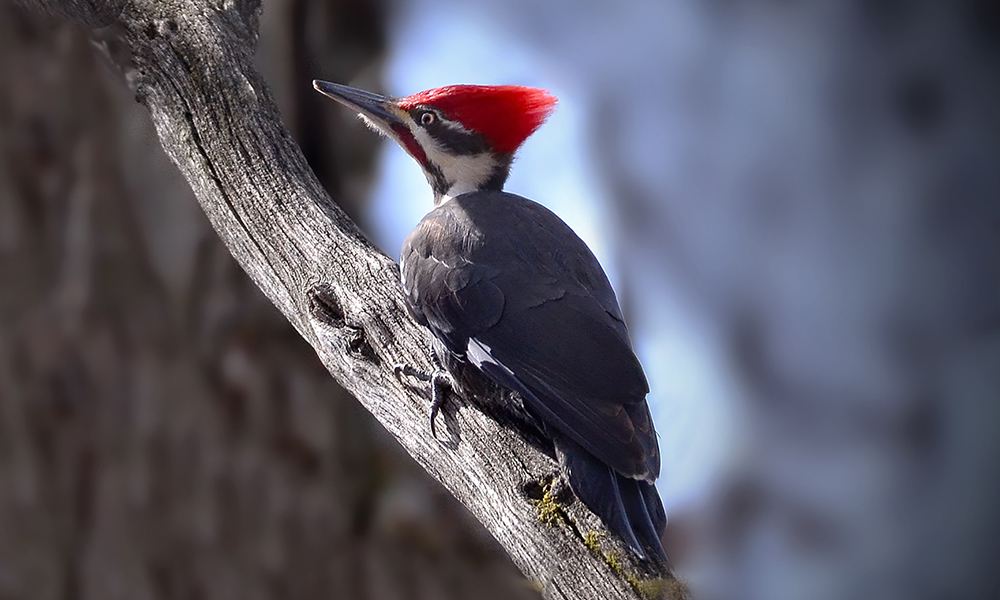 They are master excavators, noisy borers and the basis for a cartoon character. And now the pileated woodpecker has been chosen as the 2021 bird of the year by the American Birding Association.

Commonly found in the eastern half of the United States, it’s a treat to see a pileated woodpecker in DuPage County. When you do get to see one, it is usually by accident and by surprise. They have been spotted in DuPage forest preserves such as St. James Farm, Waterfall Glen, Fullersburg Woods and the Des Plaines Riverway to name a few.

As the largest woodpecker in North America, they certainly have a commanding presence when seen in person. They are crow-sized birds (16 – 19 inches long) with a flame-red crest on top of their head. A quick way to identify them in flight is by their large black wings with white half moons. (Their wingspan is up to 30 inches.)

Male and female pileated woodpeckers look similar overall, but there is one difference. Males have a red stripe or mustache on their cheeks called a “malar stripe.” Females have a black stripe. 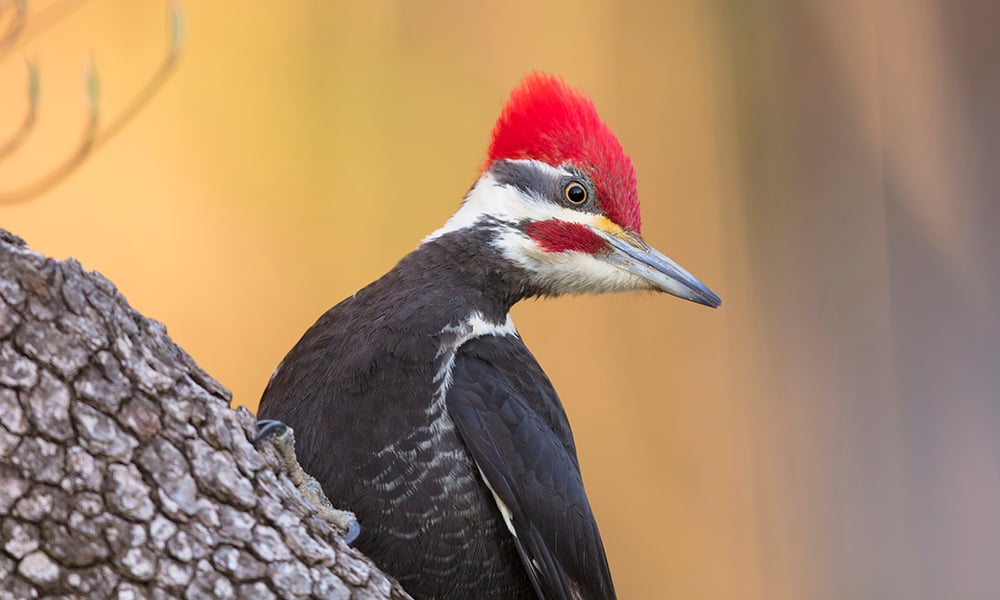 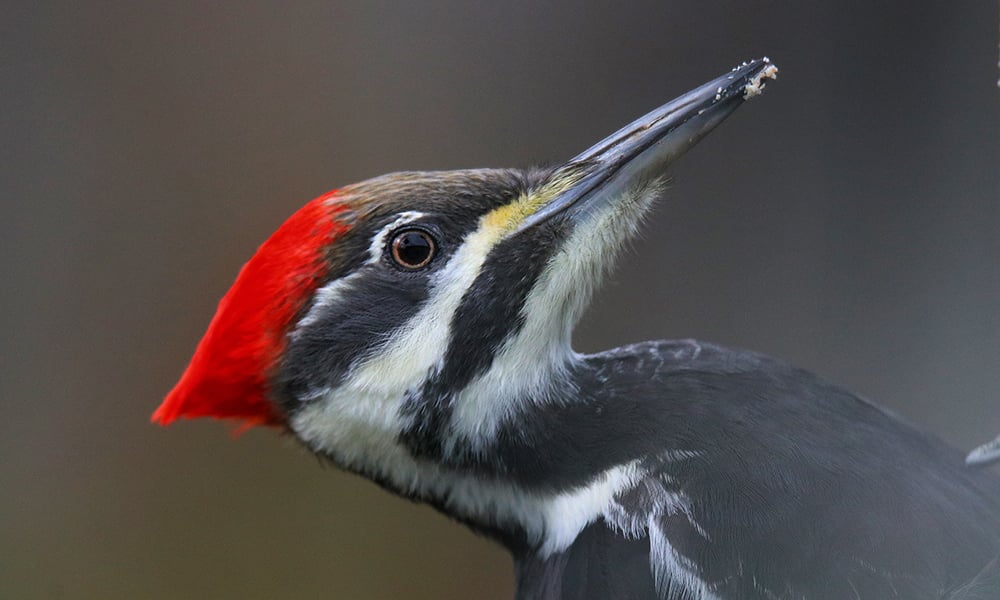 These fairly long-lived birds have a 12-year lifespan. Their resilience is one reason the ABA chose this species as bird of the year. They have adapted well to living in spaces that have been altered by humans. They can also be found in more wild areas like nature preserves and state parks. They prefer moderately moist habitat with a high density of old trees. 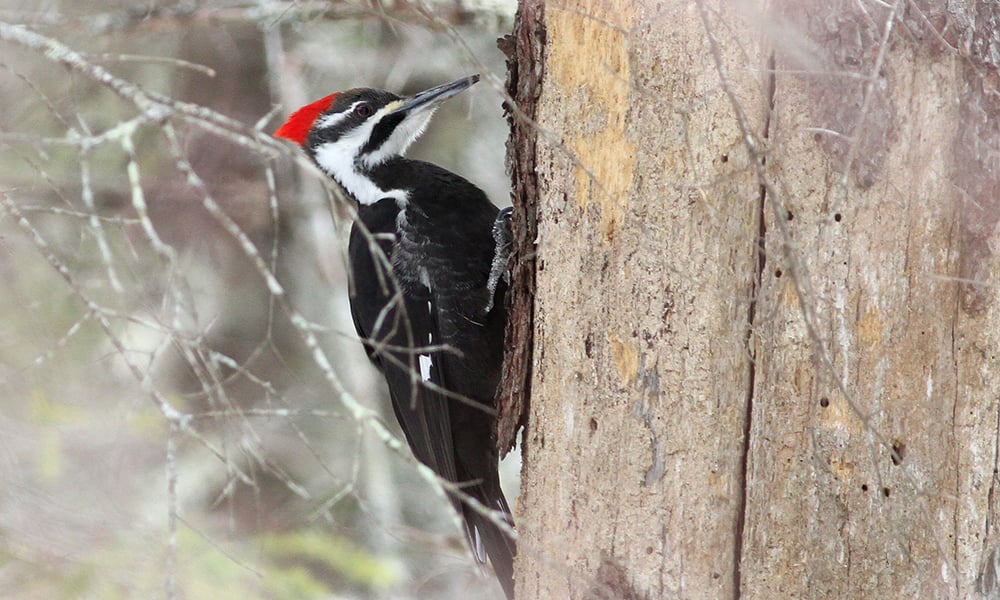 The pileated woodpecker feeds primarily on insects like carpenter ants and wood-boring beetle larvae. They use their long, chisel-like bills to excavate trees in search of food or create roosting/nesting habitat. One telltale sign of a pileated woodpecker’s presence is an excavated tree with large rectangular-shaped holes and large woodchips scattered on the ground below. If you ever find yourself thinking, “Wow! Something really exploded that tree!” it could have been the handiwork of one of these woodpeckers. 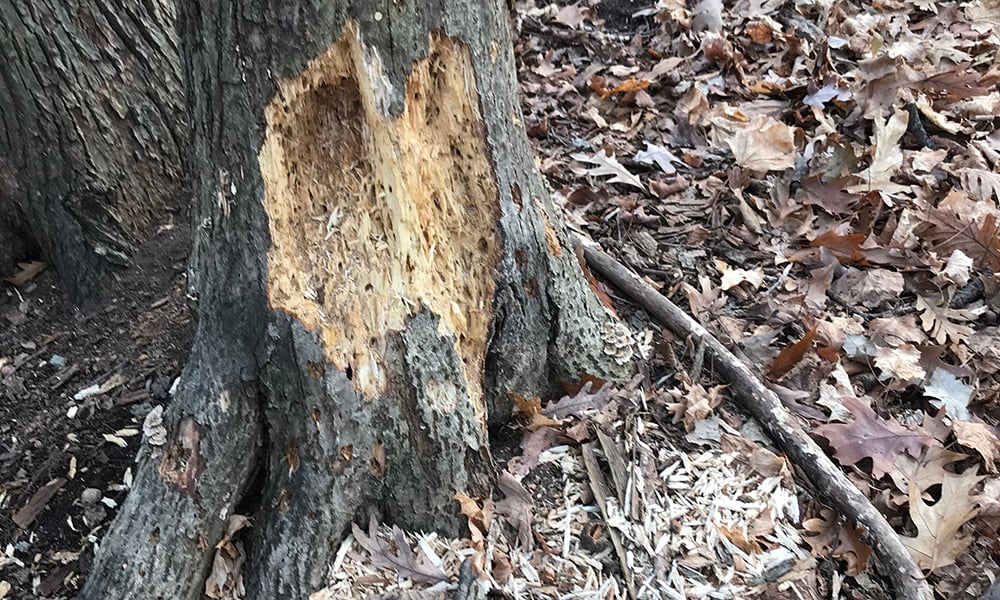 Homeowners might be wary of this woodpecker inhabiting areas near their houses due to the extensive damage these birds can do to a tree, but there’s no need to fret. The pileated woodpecker is actually considered a "keystone species," or one on which other species in an ecosystem largely depend. While it may do a number on some dead trees in your yard, it helps to control populations of insect pests like wood beetles. It also creates habitat for many different animals that use its roosts and nest cavities after the woodpeckers have moved on.

One former roost site discovered in a DuPage forest preserve was at least 2 feet deep with two excavated sections, or rooms. Rodent bones were found Inside, indicating screech owls were likely using the same cavity at some point. Pileated woodpeckers chisel out new holes every year in an effort to deter parasites. 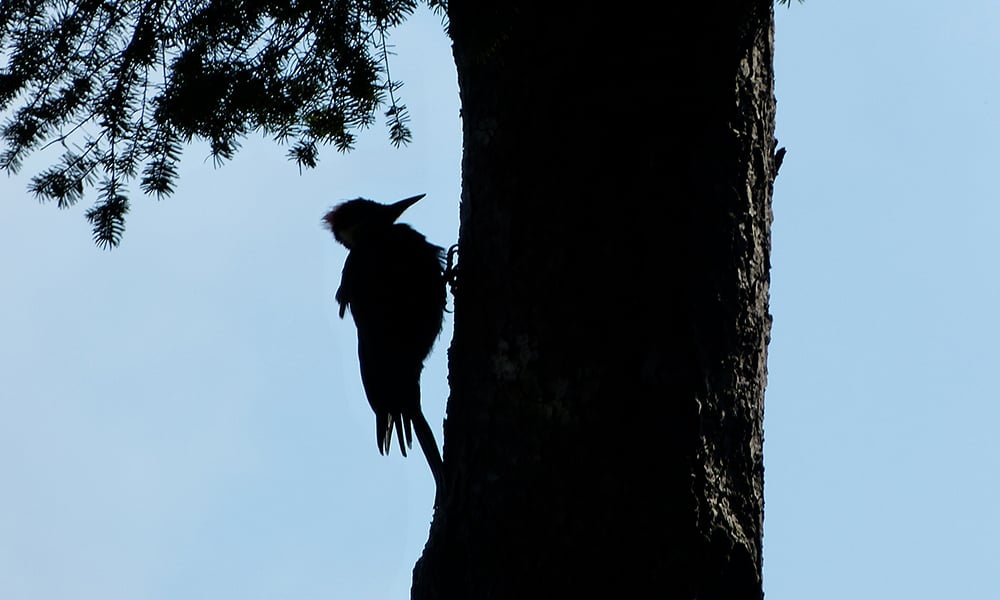 If you’re eager to join a District environmental interpreter to search for a pileated woodpecker and other fascinating feathered finds this spring, keep an eye on our web calendar of events and register for one of our upcoming bird walks, which will be held weekly from April 2 through June 5.