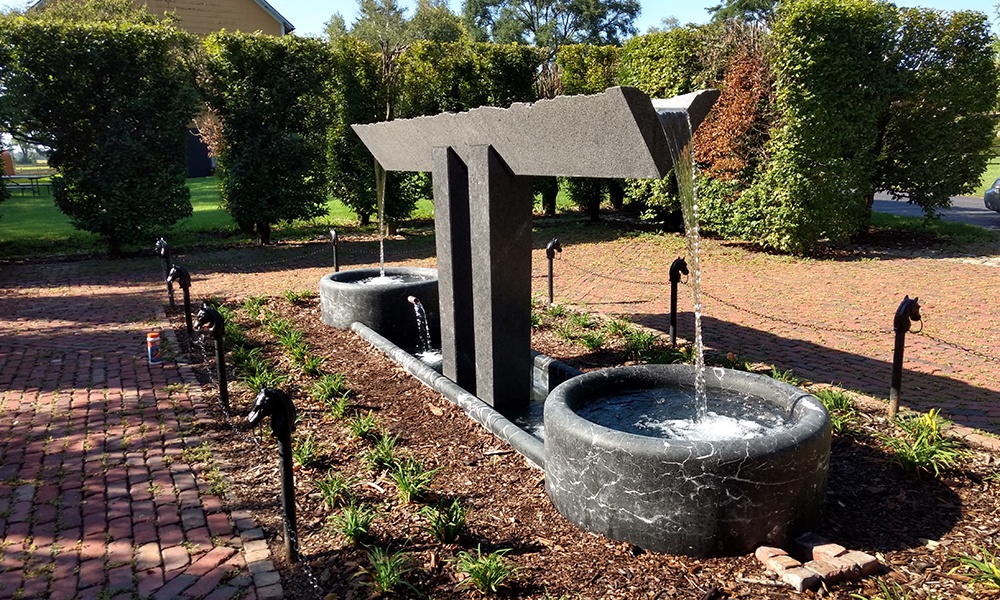 The granite and marble horse trough fountain at St. James Farm Forest Preserve in Warrenville has been restored to its original beauty thanks to private donations made to the Friends of the Forest Preserve District of DuPage County.

The horse trough fountain was identified as one of the priority projects for the Friends — the 501(c)(3) fundraising arm of the District — to raise funds for, according to District planning manager Kevin Horsfall.

Artist Marcia Weese created the fountain in 1985 by commission of Brooks McCormick, owner of the property at the time. Located on the east side of the preserve between the show stable and picnic pavilion, Weese designed it to be symmetrical to match the formal setting of St. James Farm, according to Matt Adams, District project planner.

St. James Farm’s equestrian history influenced Weese’s design, who matched the size of the fountain to the scale of a horse and the rolled edges of marble to the look and feel of a horse’s muzzle.

Weese chose materials used in fountains for centuries — copper pipe and stone. The trough and columns are made of black stone from northern Minnesota, the bowls are made of black marquina Italian marble, and the sides of the lower basin are blue bahia granite from Brazil, Adams said.

The fountain was covered in rust and lime deposits from years of well water use and cracked from continuous use without restoration. “The more we ran it, the more damage we were going to do,” Adams said. 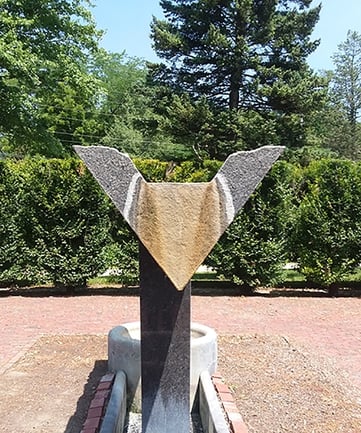 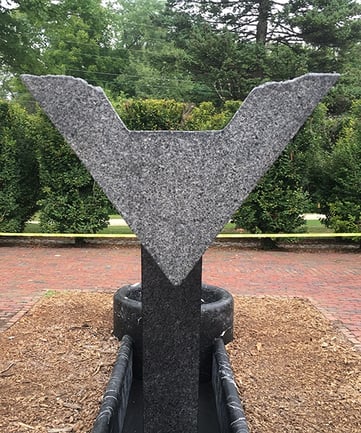 Horse trough before (left) and after the restoration..

Molter Corporation of Tinley Park completed the restoration work in July and August for $25,468, all of which was paid for by private donations.

The contractor cleaned all the stone; removed loose marble coping and re-mortared it back into place; repaired cracks in the marble; and fixed a loose granite column. Once the repairs were completed, several coats of water repellent were applied to prevent future marble damage, Adams said. St. James Farm volunteers also installed posts, chains and landscaping around the fountain.

“Before the restoration work, St. James Farm site manager Wayne Zaininger told us the marble bowl was black,” Adams said. “I’ll be the first to admit that I did not believe him. The contractor also did not believe it; he thought it was going to be blue. Once we finally got it all cleaned, it was jet black.” 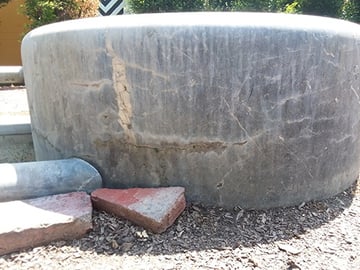 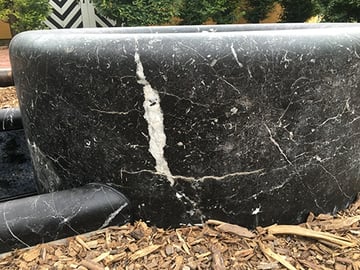 Basin before (left) and after.

The District picked the perfect time to do the restoration work because the restored fountain is running on Lake Michigan water rather than well water thanks to recently completed water and sewer improvements at St. James Farm.

A few years ago, a volunteer spent 40 hours cleaning all the stone on the fountain only to have mineral deposits from the well water cover it again once the fountain was turned back on the next day, Adams said. “So we’re not going to have the same level of deposits left on the fountain, which is another reason this was the right time to do the project,” Adams said. 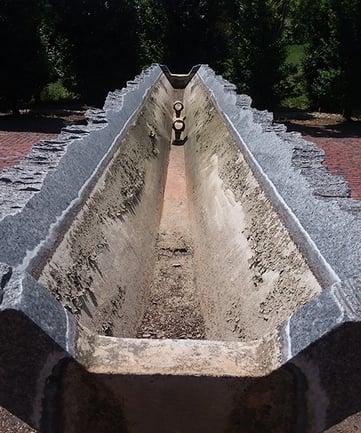 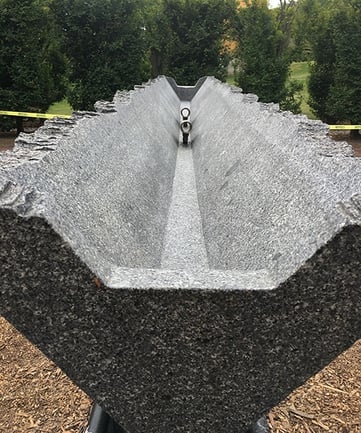 Closeup of the horse trough before (left) and after restoration.

“This was the first time it’s actually really been restored. As long as we keep cleaning it, it shouldn’t ever really have that level of deposits,” Adams said. It might need another restoration in 30 to 40 years, he added.

In 2000 Brooks McCormick sold the 607-acre St. James Farm to the Forest Preserve District of DuPage County but retained the right to live on the property until his death in 2006. McCormick developed the property into a renowned equestrian facility that hosted several international eventing and dressage competitions and an annual steeplechase race that drew up to 14,000 spectators. 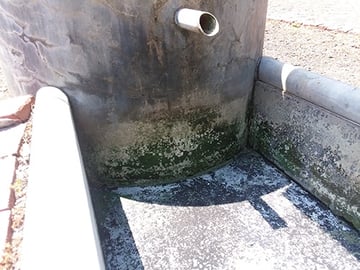 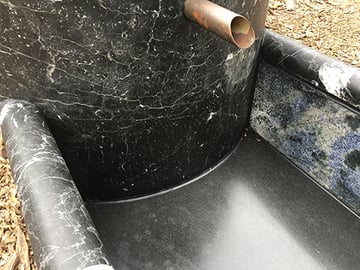 More before (left) and after photos of the horse trough fountain basin. 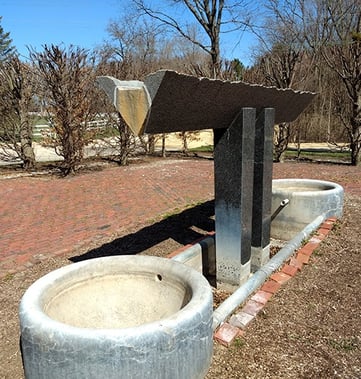 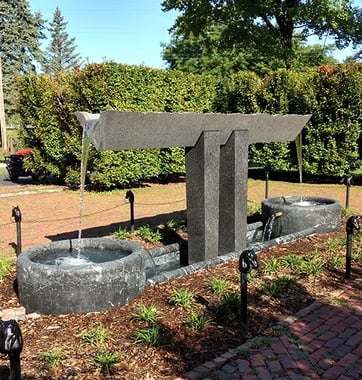 The horse trough fountain before (left) and after, complete with landscaping.